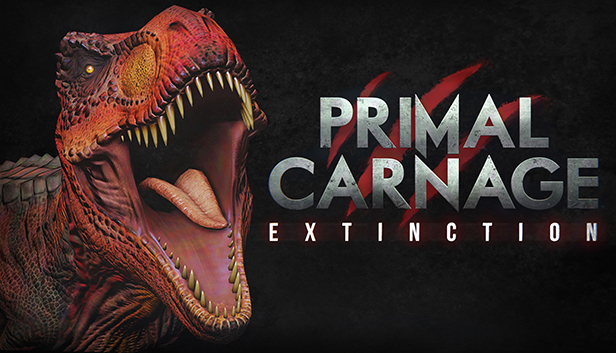 The game takes place on a mysterious island filled with prehistoric monsters. You can take the side of heavily armed mercenaries or confront the role of a variety of dinosaurs.

Primal Carnage: Extinction, the long-awaited multiplayer project in the Primal Carnage universe, which contrasts humans and dinosaurs, has finally got its release date for PC and PS4 platforms. Primal Carnage appeared in 2012 as an ambitious online project, and shortly after it became known that the single-player prequel, not to mention the even greater multi-user iteration, will debut thanks to the efforts of several game development studios. Unfortunately, the project, based on the story of a separate issue of Primal Carnage: Genesis, was postponed indefinitely at the beginning of this year, but work on multi-player gameplay is still ongoing. According to current information, Primal Carnage: Extinction will debut at the end of November for PC, and at the beginning of 2015 for PS4.

By the release of the game will receive a multi-user mode, the developers will open us 12 large maps, two game modes will be offered, as well as a great many conflicts between people and dinosaurs. “On a mysterious island full of prehistoric monsters, you can choose: fight for a variety of legendary dinosaurs or join a team of mercenary people armed with a unique, original, and destructive arsenal aimed at exterminating these bloodthirsty monsters. So that they died out once and for all, ”they say in the studio.

Nine unique classes of dinosaurs have a variety of game mechanics, from sneaking to fast and aggressive, flying, blinding. People are divided into five classes, but there are many different types of weapons that can be used against prehistoric animals.

The game supports the Steam Marketplace, where players can trade items that they get for free in a real game. In addition to the main component of the game, it is planned in the next six months to make several additions, in the form of new weapons, skins, additional options, conditions and modes.