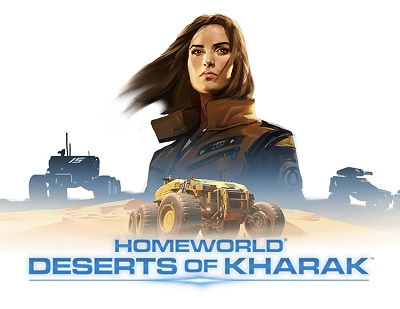 Sold: 0
Uploaded: 05.12.2019
Content: Homeworld Deserts of Kharak_2.txt 0,24 kB
Loyalty discount! If the total amount of your purchases from the seller GameCod more than:
If you want to know your discount rate, please provide your email:

You buy the official key, which you receive immediately after payment in the window that opens, as well as a link to the page with the key that will come to your E-Mail specified during purchase.


Each buyer who left a positive review (I want a gift) - receives one of more than 40 different games for Steam. Which one? You will find out about this when you receive your GIFT.
It can be activated on “Steam”.

To receive a gift you must:
1) Buy a game from us
2) Leave a positive review with the comment “I want a gift”
3) Expect.

Distribution of the gift is done within 48 hours after writing the comment.
Attention!! Putting a review - you guarantee that you have read all the conditions for the Gift and if something is not clear - asked.

DESERTS OF KHARAK: A HOMEWORLD STORY
- The creators of the game Homeworld invite you to lead the expedition with which it all began. The strategy ´Deserts of Kharak: A Homeworld Story´ was created by Blackbird Interactive, a studio consisting of game developers Homeworld and Company of Heroes. In the game you have to visit the Kharak desert, where danger is hidden behind each dune.

PRECILED TO THE GAME HOMEWORLD
- An anomaly was discovered during the Deserts of Kharak campaign far in the southern desert. An expedition was sent to the place, but in reality everything turns out to be much more complicated. You have to learn the story of Rachel St. Jet, leading her people in search of their origin. The game campaign consists of 13 tasks written by the creators of the games Homeworld and Homeworld 2.

HEAVY MILITARY EQUIPMENT
- Under your command, a whole fleet of air and ground equipment, from nimble light vehicles to massive heavy cruisers. All equipment is designed to capture the desert.

HUGE SPACES
- Make your way through vast dunes, deep craters and dangerous canyons. The cards in the game are very large and made with unprecedented accuracy and detail.

TACTICAL BATTLES
- In battle, you can place troops on a hill or ambush in the dunes, attack the enemy’s resources or directly grapple with his army.

STRATEGIC DECISIONS
- The chances of survival will directly depend on how you manage the resources, build a fleet and research technology.

COLLECTIVE GAME ONLINE
- You can play on the network both alone and with friends. The game has several modes, including ranked where you can rise in rank and become the greatest fleet captain on Kharak.