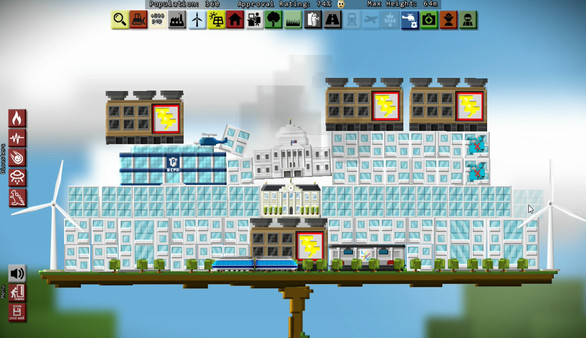 
Content: unique code 16 symbols
Loyalty discount! If the total amount of your purchases from the seller Andrey VPN more than:
If you want to know your discount rate, please provide your email:

BalanCity is a city building / balance physics game. It´s a mixture between old school SimCity and Jenga. You must build the tallest towering city over a balancing platform while keeping your citizens happy.

Beware of disasters, as your city will eventually face doom in the form of fires, earthquakes, meteor strikes, UFO attacks, monsters and more!

Will your city survive the test of balance See it for yourself!

Game modes:
Free Build: A sandbox where your only limit is gravity.
Missions: Levels that have a goal to achieve and limited resources.
Scenarios: Based on real life cities, you must build all the landmarks before the city collapses.

BalanCity will be released in August 2016 for Windows, Mac and Linux.