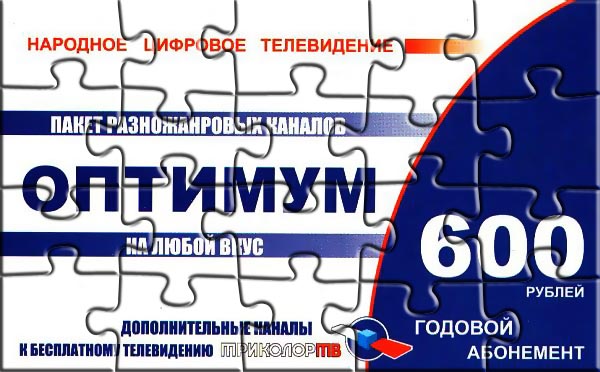 ЛанСат information about the seller and his items
offlineAsk a question

Payment card "Optimum" is used for extending the viewing channel package operator Tricolor in the second and subsequent years.

When the package "Optimum", you also get a package of "Super Optimum". While the package of 5 channels in a format MPEG4, and by the end of the year is expected to 30. But the receiver has to podderzhtvat format MPEG4.
After payment you will get a "secret code" that you must specify to activate the card.

Profitnye indicator for beginners and professionals