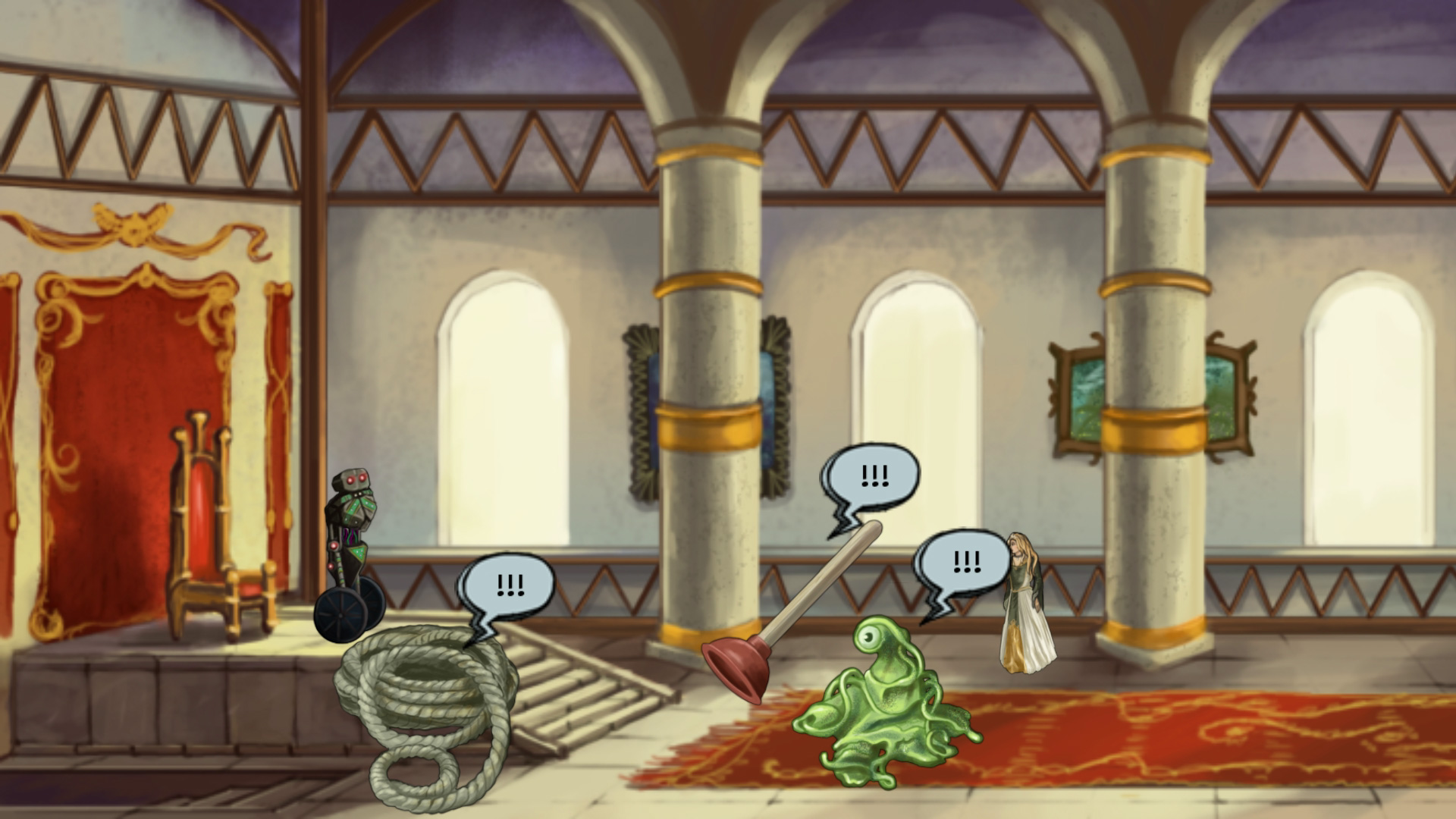 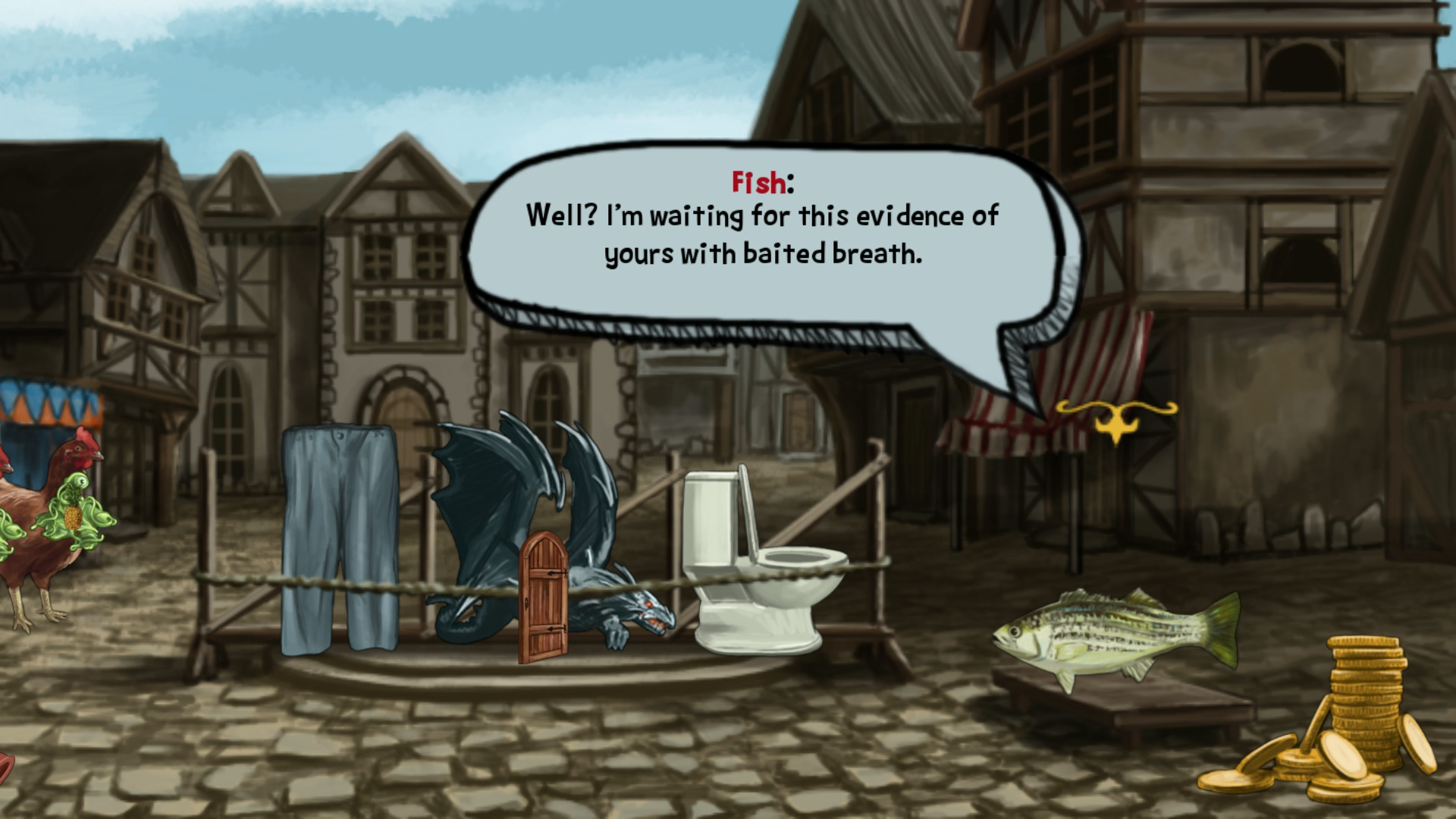 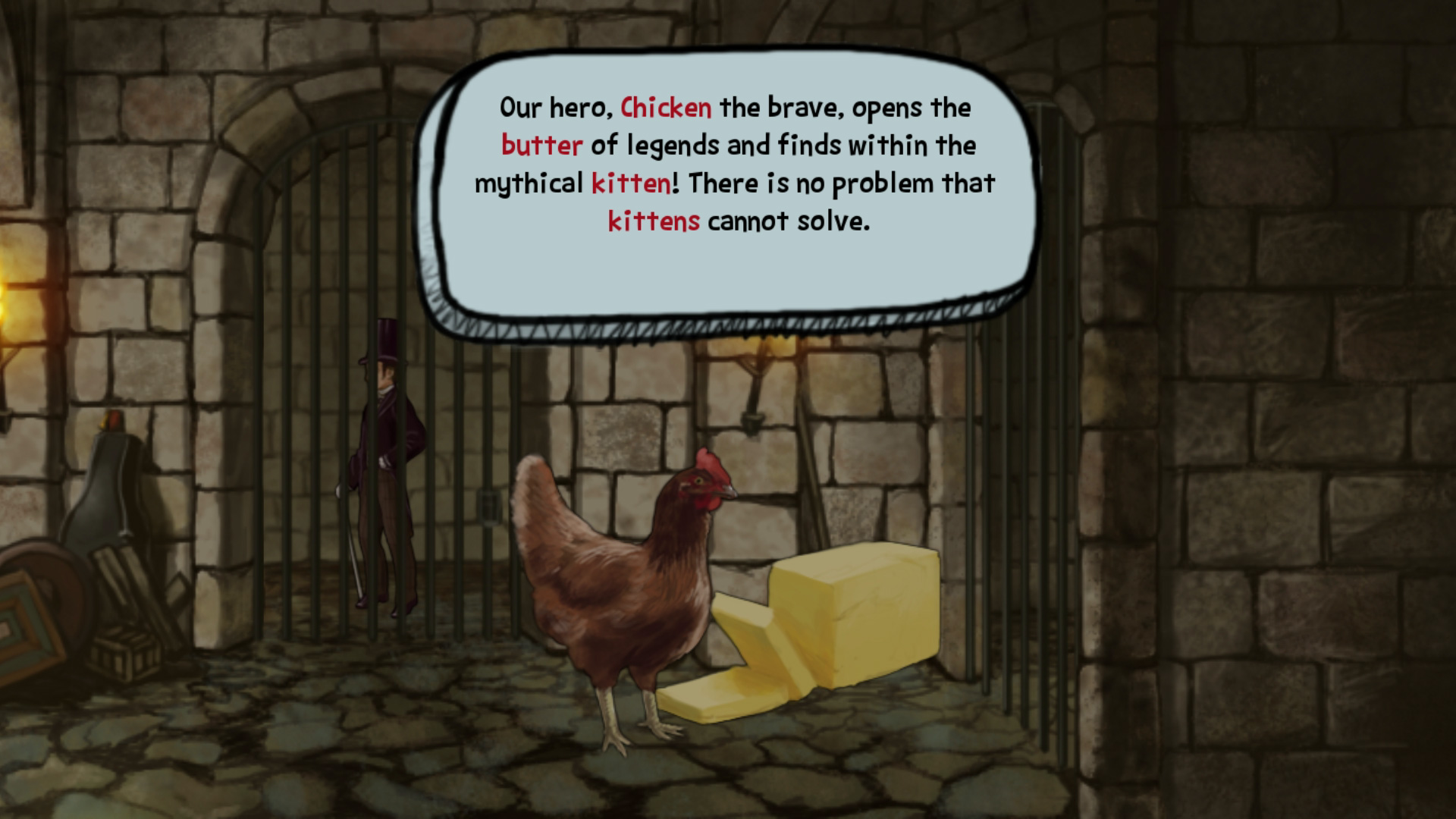 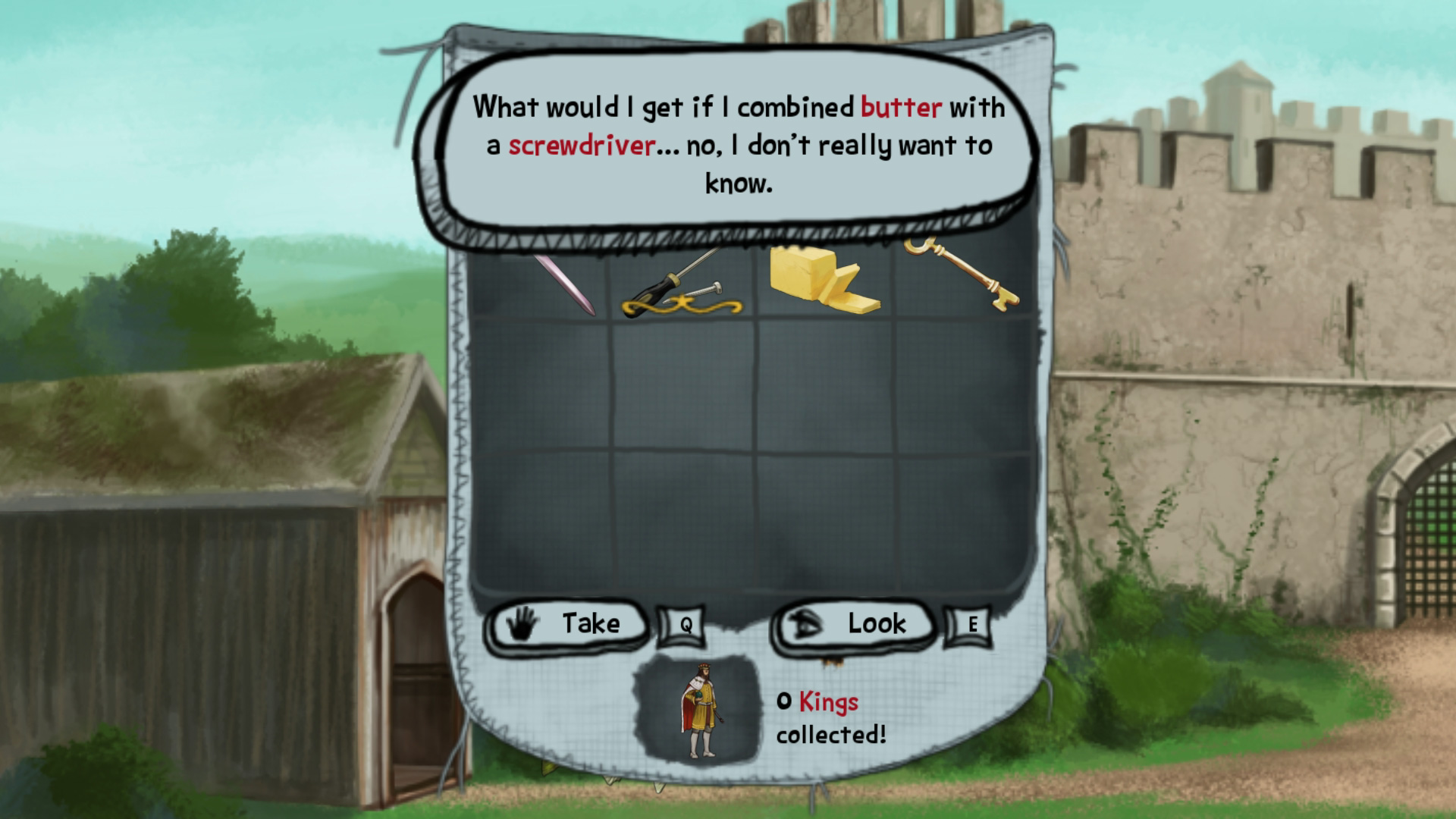 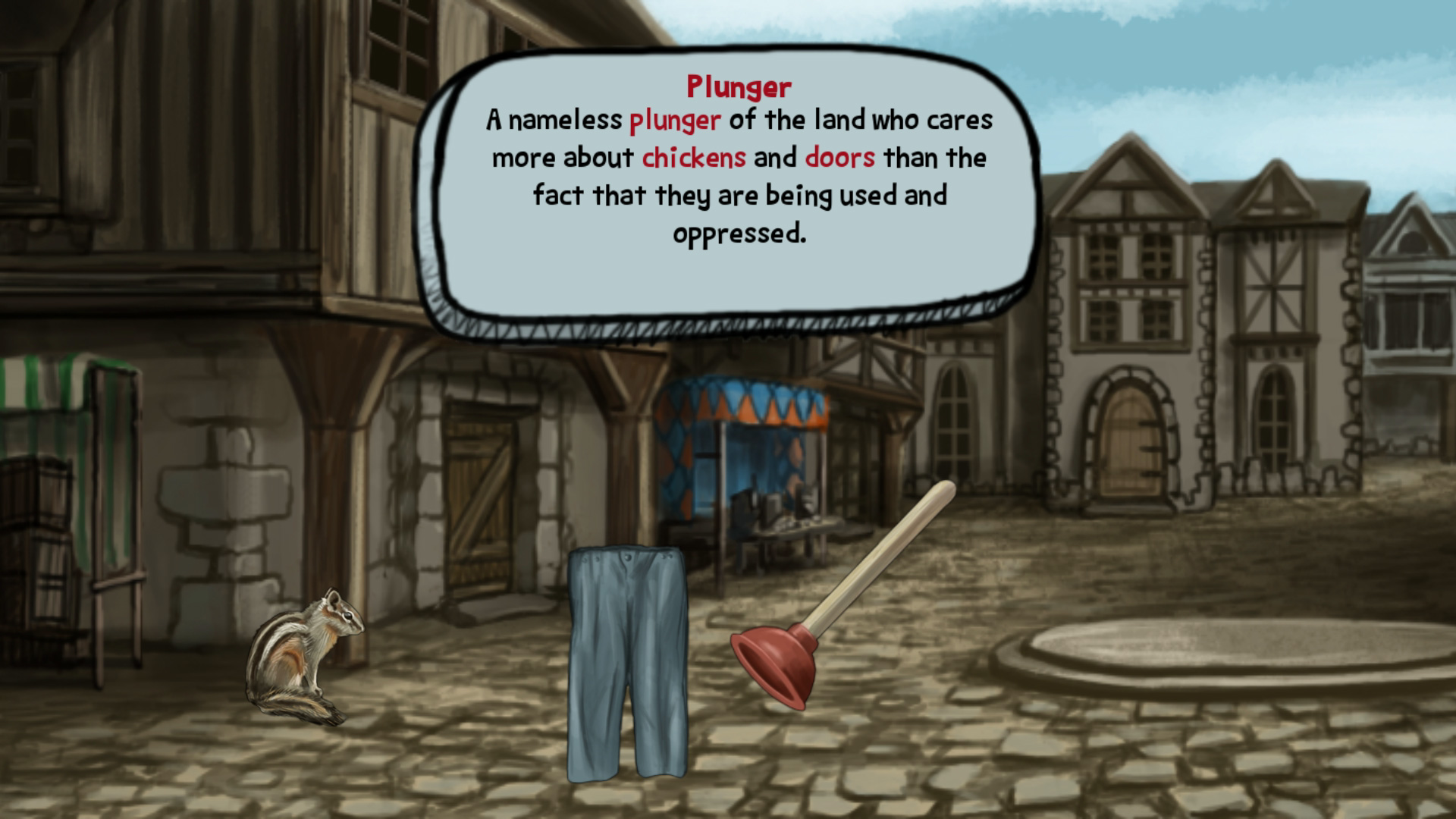 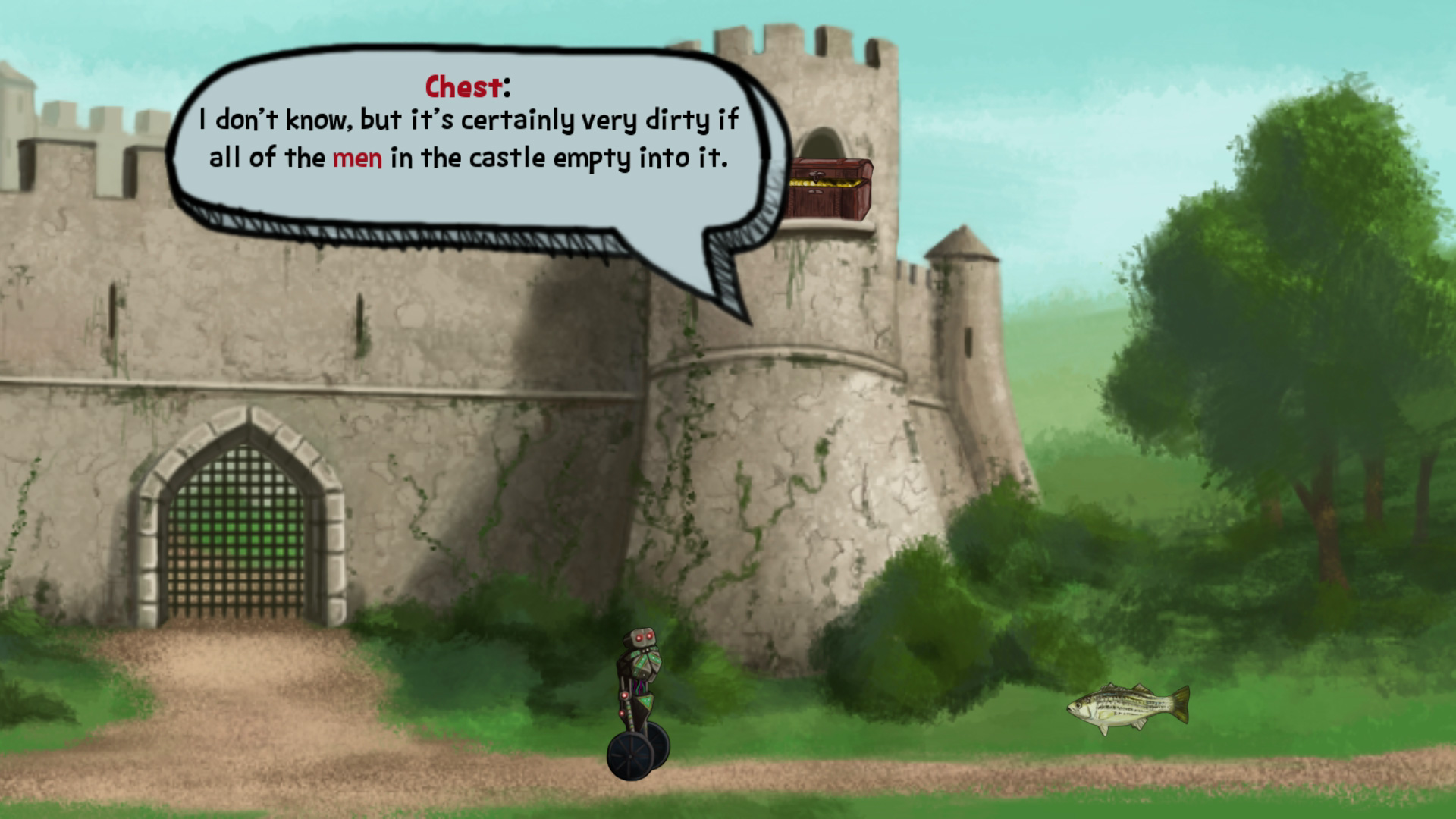 Something distinctly odd is happening in the Kingdom. In the town square, the plungers are feuding and the situation is quickly going down the drain. A huge, fire-breathing kitten has besieged the castle and threatens to bring catastrophe. And you just can’t brush off the fact that the King is actually an old wooden broom who wants to sweep all these mix-ups under the rug.

In this wacky parody adventure, the ridiculousness is unstoppable. Think “MadLibs” meets a classic “collect-and-combine” adventure game - but with more puns and time-traveling robots.

Features
ADventure Lib is a classic fantasy adventure game, except...

★ Randomness
★ Silliness
★ Awesome Puns
★ Chickens that aren´t usually chickens (but probably still taste like chicken).
★ A terrible something that can only be described as “fish.”
★ The Coming Singularity
★ Epic Feuds
★ Impending death by kitten fire (or pineapple fire, or princess fire, or, well you get the idea)!