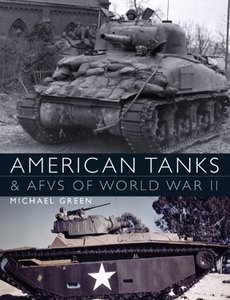 Such famous tanks as "Stewart", "Sherman" and "Grant" were very widely used during the Second World War against the forces of fascist Germany and Japan. In this book you will find all the necessary information about these (and not only) machines, the distinctive technical features and armament. The weapons used on these tanks allowed not only to win a confident victory in the battles, but also demonstrated the full power of the US technical and industrial potential in that time interval. During the war, the United States produced almost twice as much tank equipment. than the United Kingdom and Germany combined. These tanks were successfully used not only in the US armed forces, but also in the allied armies.

Related to item "American tanks in the Second World War":