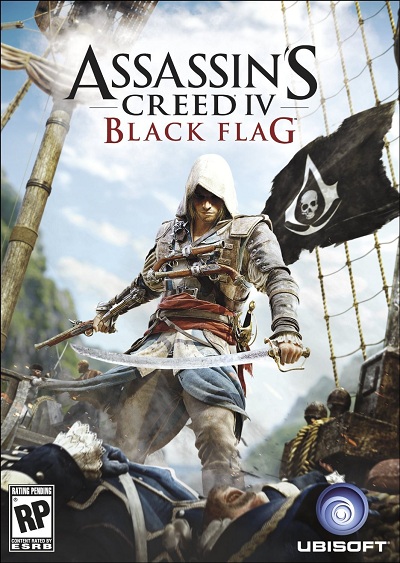 Uploaded: 08.04.2020
Content: Assassins_Creed_4_Delux_16.txt 0,25 kB
Loyalty discount! If the total amount of your purchases from the seller GameCod more than:
If you want to know your discount rate, please provide your email:

Note!
This version is not compatible with the Steam-version

Composition Deluxe Edition:
- 3 single mission - Sacrificed Secrets, Black Island and the Hidden Mystery, where you will find costumes, weapons, nasal shapes and sails. Get exclusive outfits, portraits, titles, relics and logos for online play!
- The Castaway´s Prize - German rapier, as well as a portrait, a title, a relic and emblem of the Pathfinder.
- DLC "Aveline" - together with Avelino experiencing the amazing adventure, consisting of 3 jobs, and open the first civilization mysterious artifact ...

1715. Flibustery created their own state, ruled by lawlessness and violence. Be honest pirate - not an easy task, but achievable. That´s what the game Assassin´s Creed IV: Black Flag. Fight for love and justice, fight the Legend of the Seas, organize republic of pirates in the Bahamas and relive the events that determined the golden age of pirates.

These pirates have to swim up and down the whole world! Together with Captain Edward Kenueyom you will visit in Cuba, Jamaica and the Bahamas, become a member of naval battles, will travel through the jungle thickets and climb up to the caves.

You can buy the game Assassin´s Creed IV: Black Flag, and become the owner of your own ship. The new part will be presented to an open world, consisting of 50 key locations, including the major cities, small settlements and the ruins of the Mayan. By the way, the game will be shown some of the historical events. Take part in an amazing and enchanting adventure Assassin´s Creed IV: Black Flag!

Features:
- Explore 50 unique locations Assassin´s Creed IV: Black Flag from Kingston to Nassau. Become the captain of your own and equip the ship, go in search of lost treasure, hunt down rare animals and rob wrecks.
- Use new weapons: four flintlock pistols and double-edged swords, as well as the hidden blade of the Order of the Assassins.
- Randomly generated situation. The sea can meet an opponent who has a more powerful ship. To lure him into the storm or try to "go a battering ram."
- Watch a telescope on the horizon. Climb on the wrong court. Leave the ship by boat at any point you want. The ability to gain command of the ship.

The key is to activate when Uplay

1. Register your account at http://uplay.ubi.com/, if you do not already have
2. In its account through the button-gear activate the product, enter the key
3. The game will be added to your library of games and you can download it.