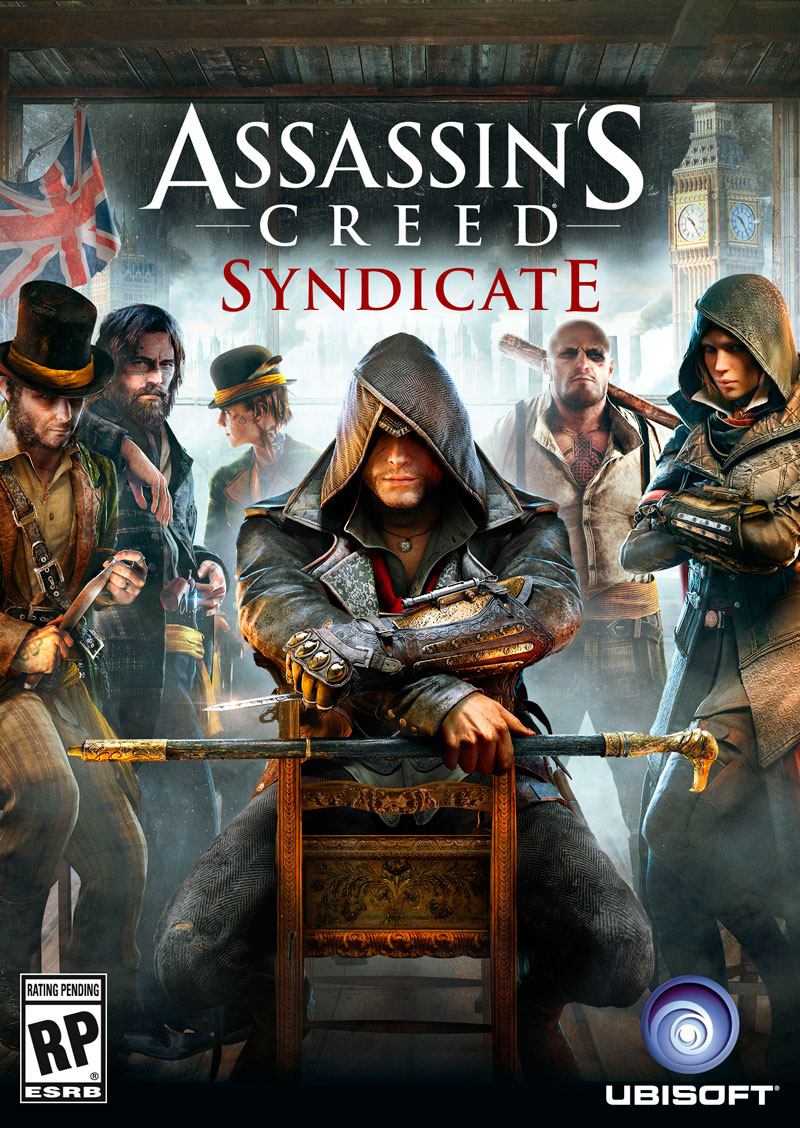 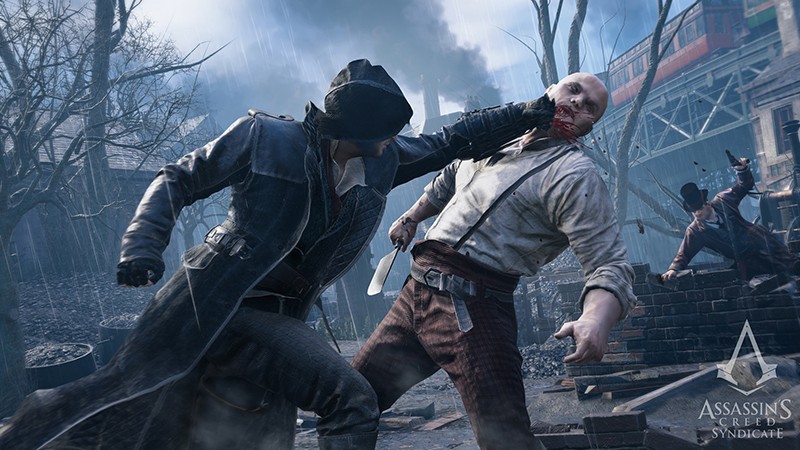 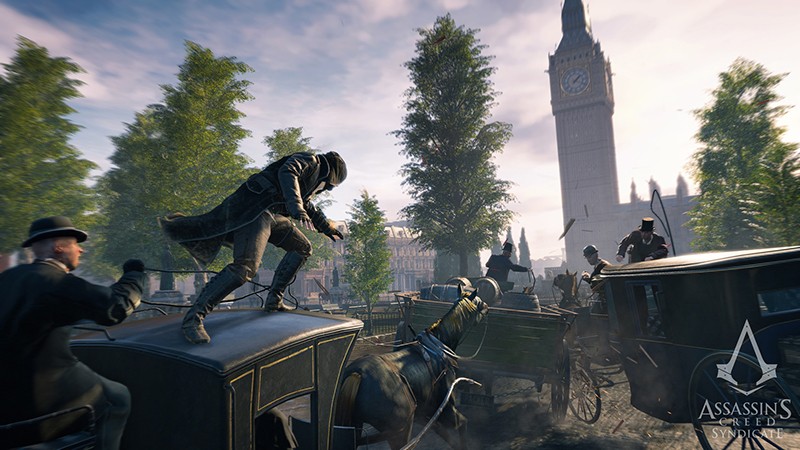 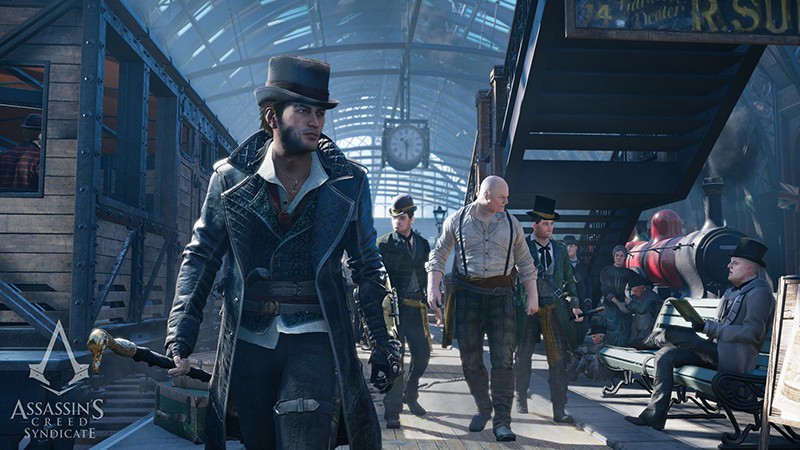 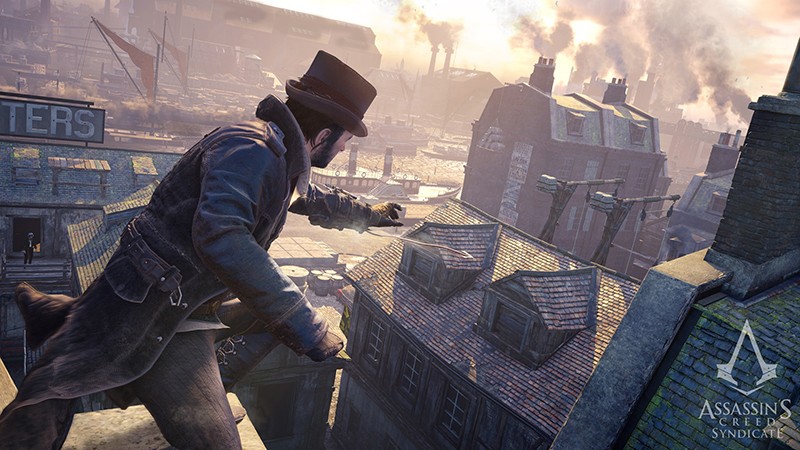 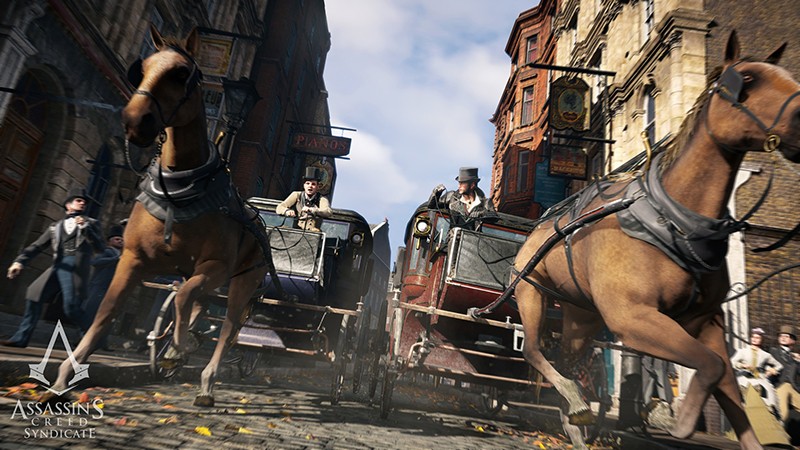 By pre-ordering Assassin´s Creed: Syndicate you receive a license activation key on the day of the official release of the game in your account on http://www.oplata.info

►The structure of the publication:◄
Two sets of plot additions:
"Conspiracy of Darwin and Dickens"
- "Unmanaged train".

►:◄
The activation method, the conditions of pre-order, release date and grade are preliminary and may be changed by the time the official release date of the game.

►Game description:◄
London, 1868. The industrial revolution, the era of incredible inventions. Previously unthinkable technologies are changing the lives of millions. People will flock to London, inspired by the new opportunities, eager to become part of the new world over which are not powerful kings, emperors, politicians, and priests of the world, where the money will even out all.

However, not everyone thinks like this world good. Working, driving the mighty locomotive of the British Empire, little different from slaves. While others are reaping the fruits of their labor, the workers live in poverty and die young. Unhappy members of the lower classes are combined into a gang, starting a struggle for life. For this fight join the assassins, ready to re-ignite the long-smoldering conflict with those in whose hands the power over London. This battle will ride all over the city, changing history.

Get introduced to Jacob fry, assassin, destined with the help of his sister Evie to change the lives of millions of people in the new game, Assassin´s Creed® Syndicate. Dominating the underworld and lead him to liberate London. Intrigue, adventure, fierce battles — all this awaits you in the new game!

►Features:◄
• First assassin at the dawn of a new era. Play as a daring and courageous Jacob fry. Get ready to wave your fists, don´t forget about counter attacks and lightning strikes, fight the enemies one by one. Kill secretly, use new weapons: kukri, the knuckles and the blade from the cane. Sanbao now will help you to climb the building in seconds. Arrange the enemies deadly surprise!
• Explore the fast-paced London. An outdoor world of Victorian London, from Buckingham Palace to the slums of Whitechapel. Track down your enemies or hide from persecution, jumping on a speeding carriage. Steal cabs and race without rules the streets of London. Don´t forget the Thames, because it is now a steam boat!
• Subdue the criminal world of London. Help Jacob to become the leader of the most feared gangs in the UK. The only way to deal with rival gangs and the rich are in power, bringing freedom to the oppressed masses. Penetrate into the lair of the enemy, using all available weapons, become the head of the underworld of London. Rob trains, free the children who are forced to work — stop at nothing, bringing justice to the streets of London.

►This product is intended for distribution in Russia and CIS countries. We are not responsible for the use of the product outside the CIS.
~
This is a Russian version of the game and we are NOT responsible for or any other regional restrictions!

!!!ATTENTION!!! Every third client (in random order) left a positive review after purchasing the game, will get at your Email address used during the purchase of goods, the individual activation key gift Steam games. As a gift you get one of the over 30 different games to Steam. The distribution of keys within 48 hours excluding weekend days from the moment of writing the review.

ATTENTION: the Given key to activate in Uplay.