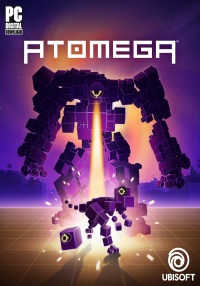 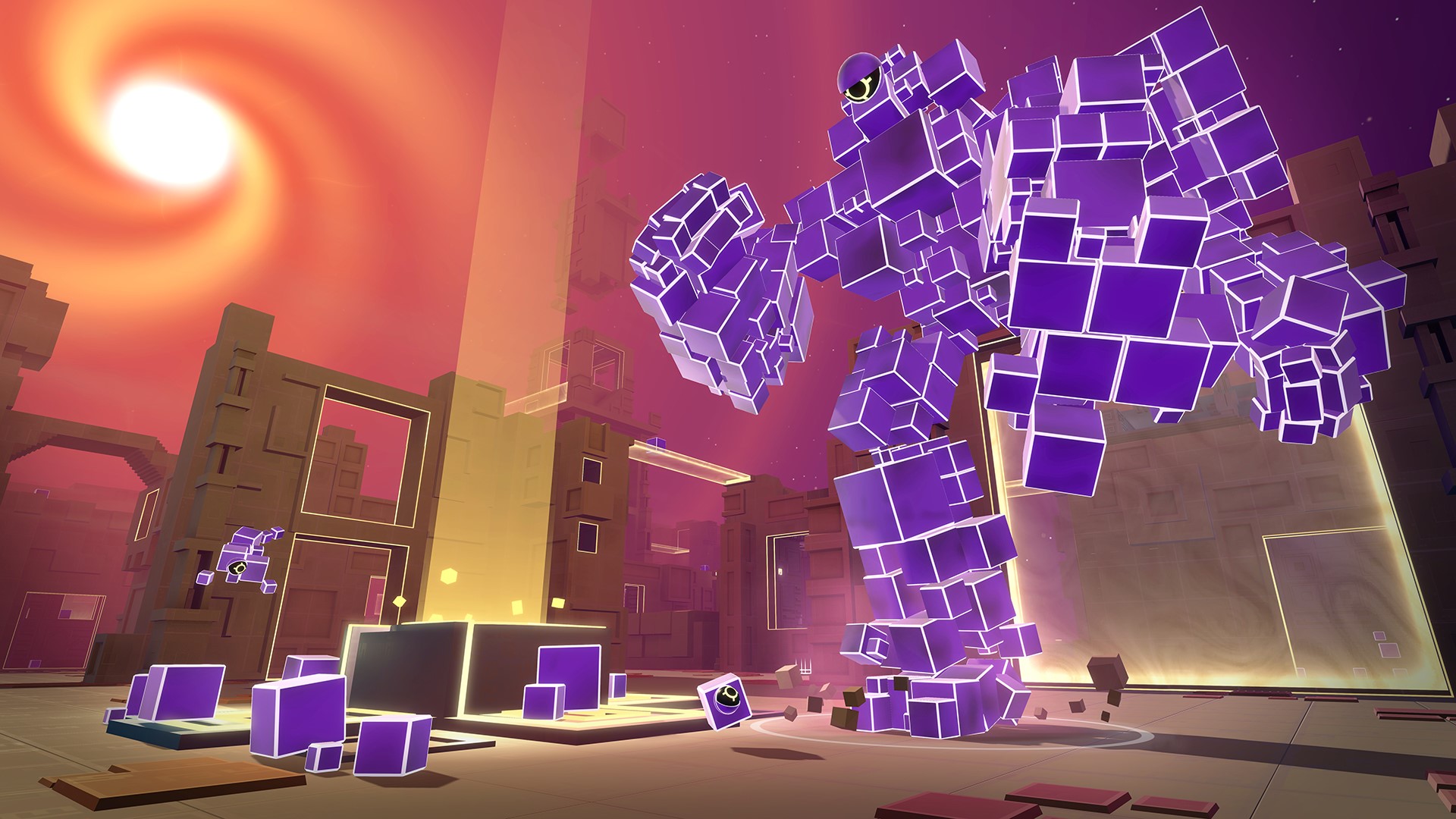 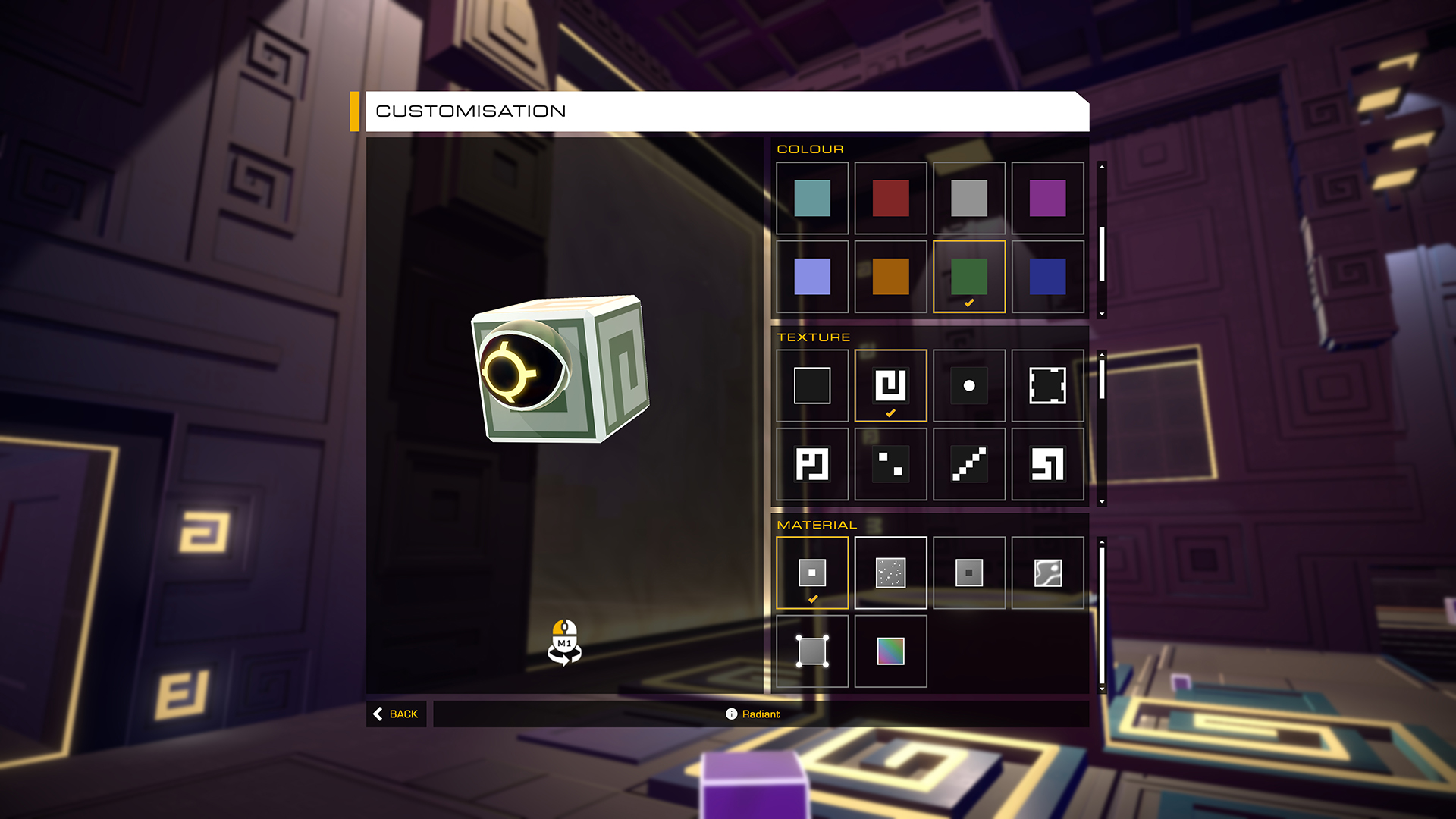 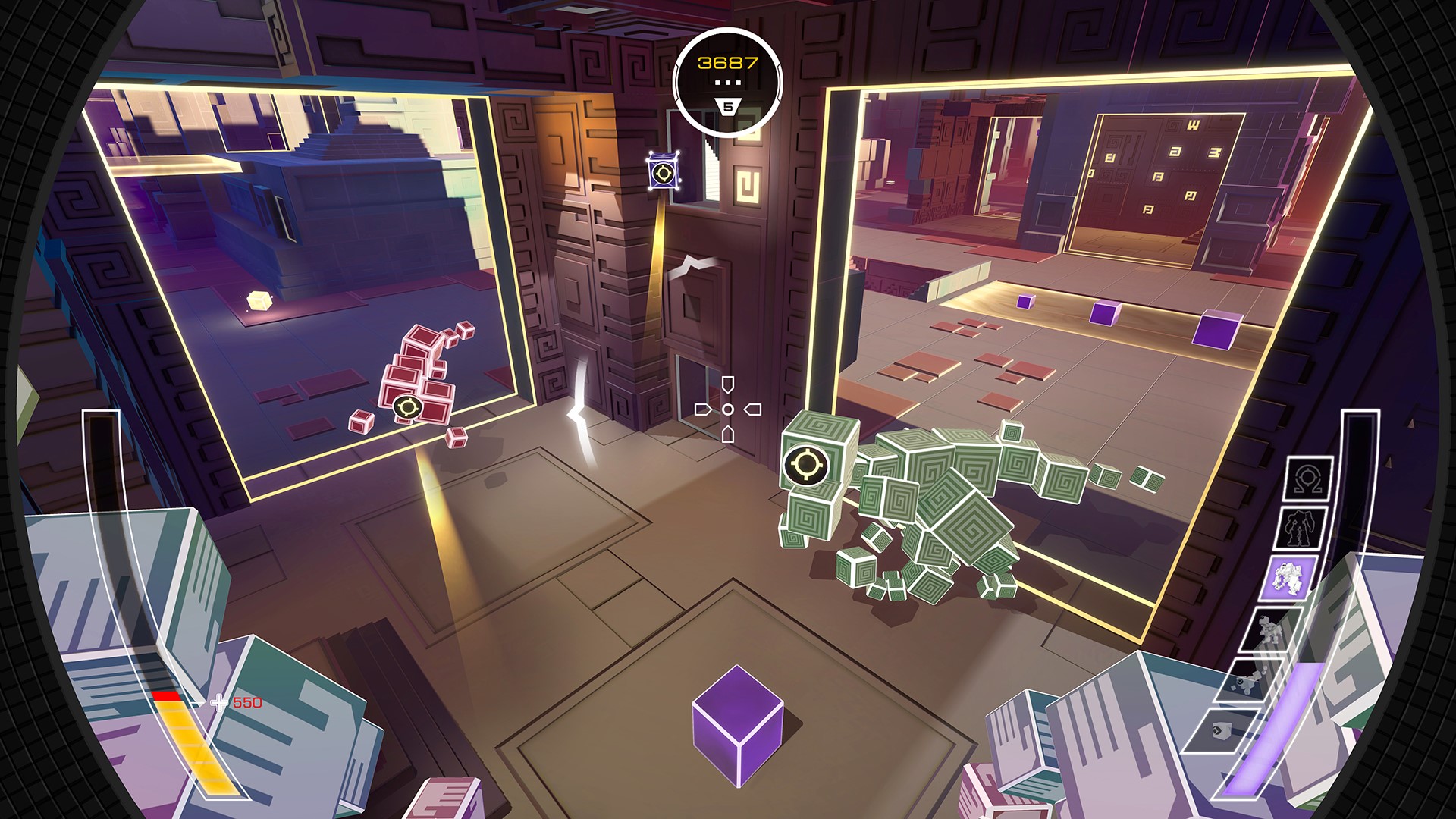 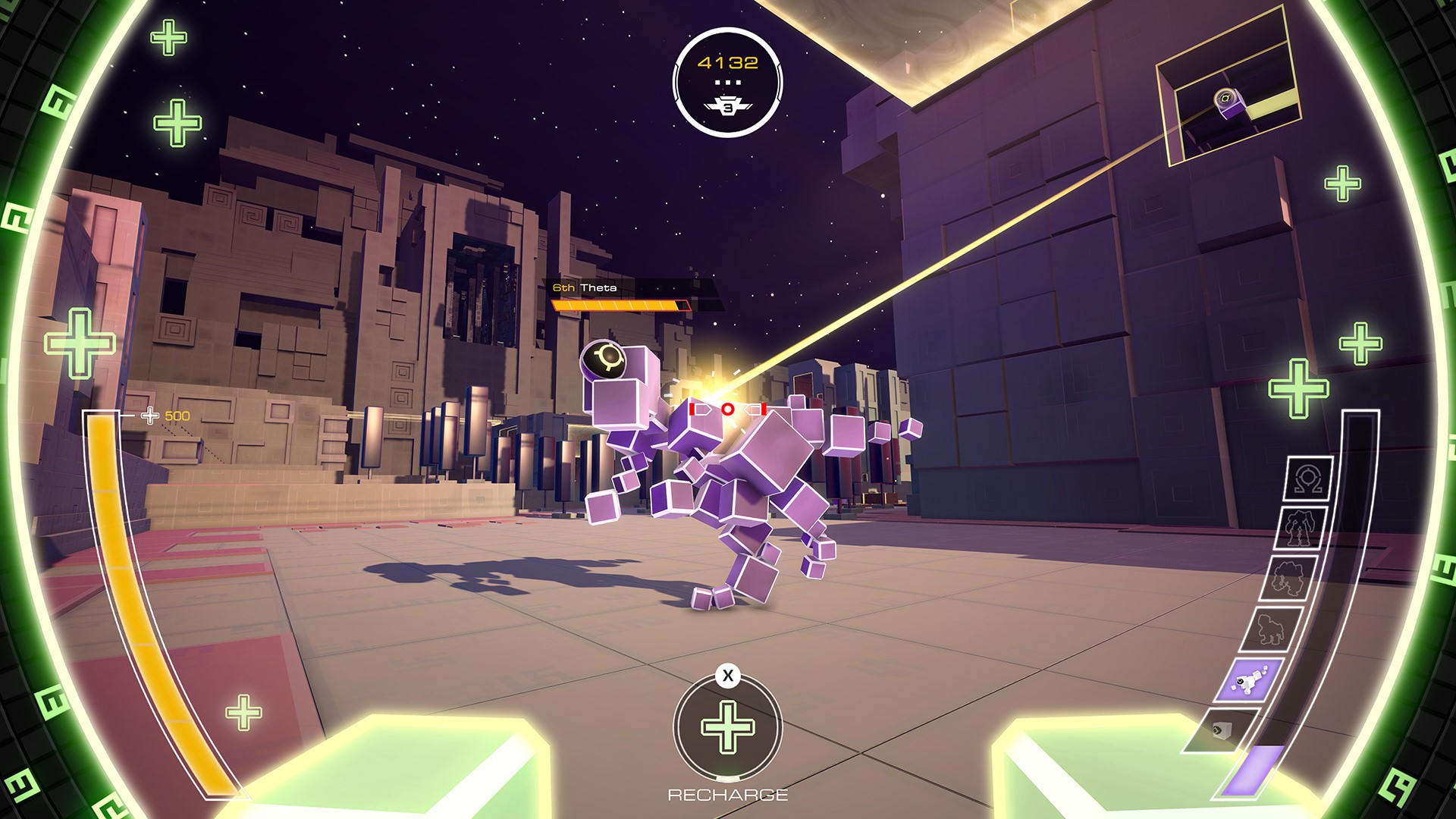 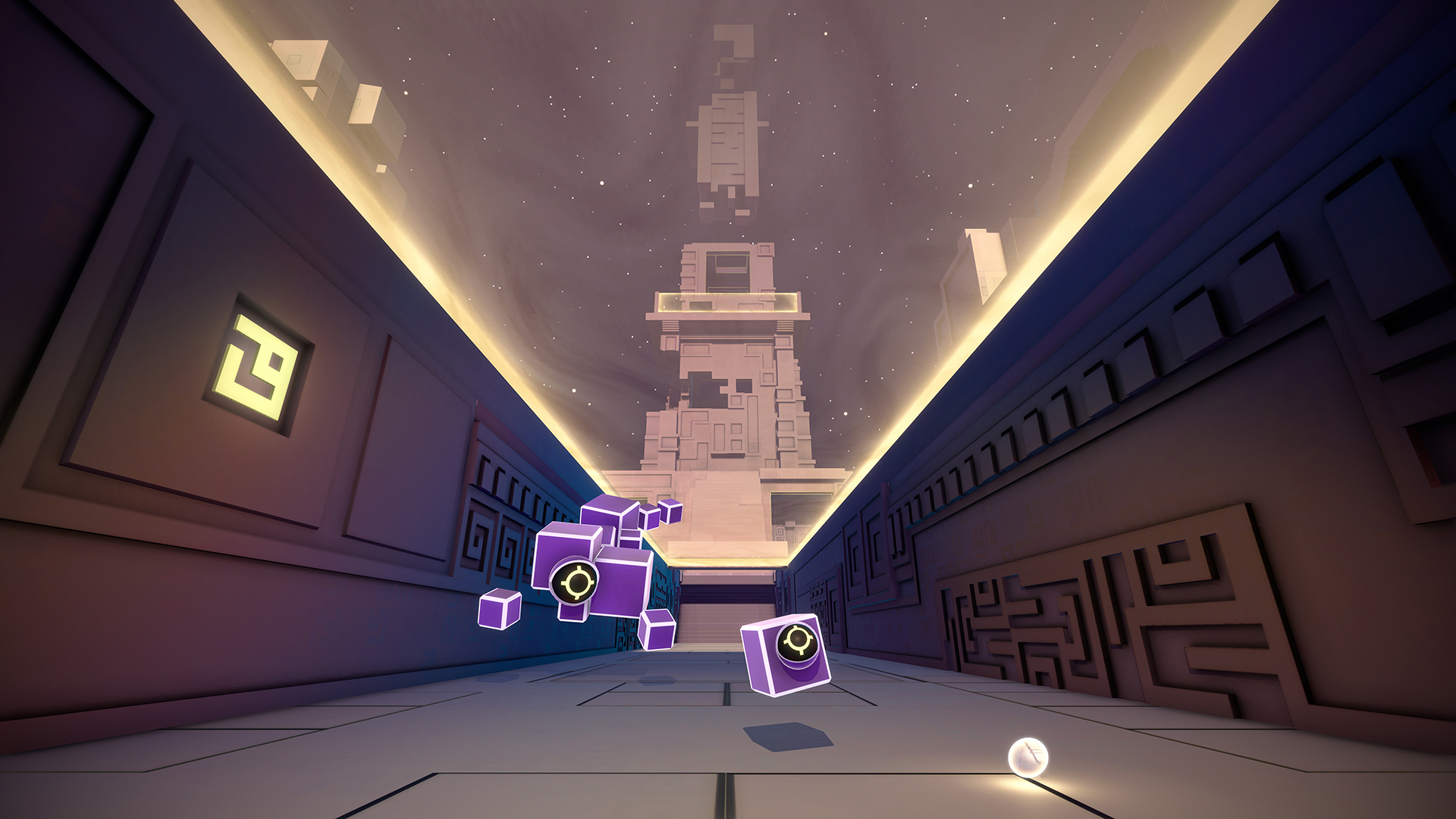 Gain weight, defend and fight on the space arena in a world that will die soon. Collect MASS to modify the EXOFORM - from the agile ATOM to the giant OMEGA, and enjoy dynamic battles in a network shooter. ATOMEGA ™!

This world will soon come to an end. Reality is melting away like cotton candy that has been dipped in water. Here there are only EXOFORMS - a special form of energy and matter. They can equally be considered the post-biological descendants of humans and machines. The laws of physics gradually cease to operate, and EXOFORMS fight to demonstrate strength, or simply to have fun in the most recent arena and to relive the final moments of the universe.

ATOMEGA ™!
1st person shooter in retro style. BATTLE AS BUTTO THE END OF TIMES CLOSE!
Battle of the arena, which is about to be destroyed. MAKE THE FINAL BRIGHT!
Fight online in battles where up to 9 players can participate. FIGHT FOR VICTORY!
Collect the mass needed for transformation. You have 7 EXOFORM available: from the agile ATOM to the giant OMEGA.
Each of them has its strengths and weaknesses and unique tactical capabilities. THE BIGGER, THE BETTER!

Transform into OMEGU to win. GET A POWER, ACCESSIBLE ONLY TO GODS!
Collect 10 EFFECTS for temporary boost. DO IMPOSSIBLE!