Bagua for Fitness and self-defence 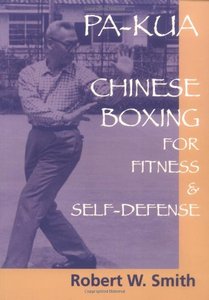 Despite the fact that the very first edition of this book was published many years ago, it is difficult to find a guide to Bagua, written as plain language - it is no secret that it is the inline styles, as opposed to the so-called "External", pose the greatest difficulty in self-study.

Of course, the book sets out only the basic techniques of Bagua - but it´s not how much will detract from its value, on the contrary - if you´ve never practiced this martial art, all the basic principles and techniques you will be able to comprehend in a fairly short period of time on the basis of the demonstrated examples. Robert Smith - a real encyclopedia of martial arts of the East, and his ability to explain complex simple and accessible to everyone - a great thing. At one time it was almost the first full tutorial through which the West became acquainted with this martial arts style. Try to vary your training elements Bagua - and you will find a lot to the already famous and familiar techniques.

Related to item "Bagua for Fitness and self-defence":