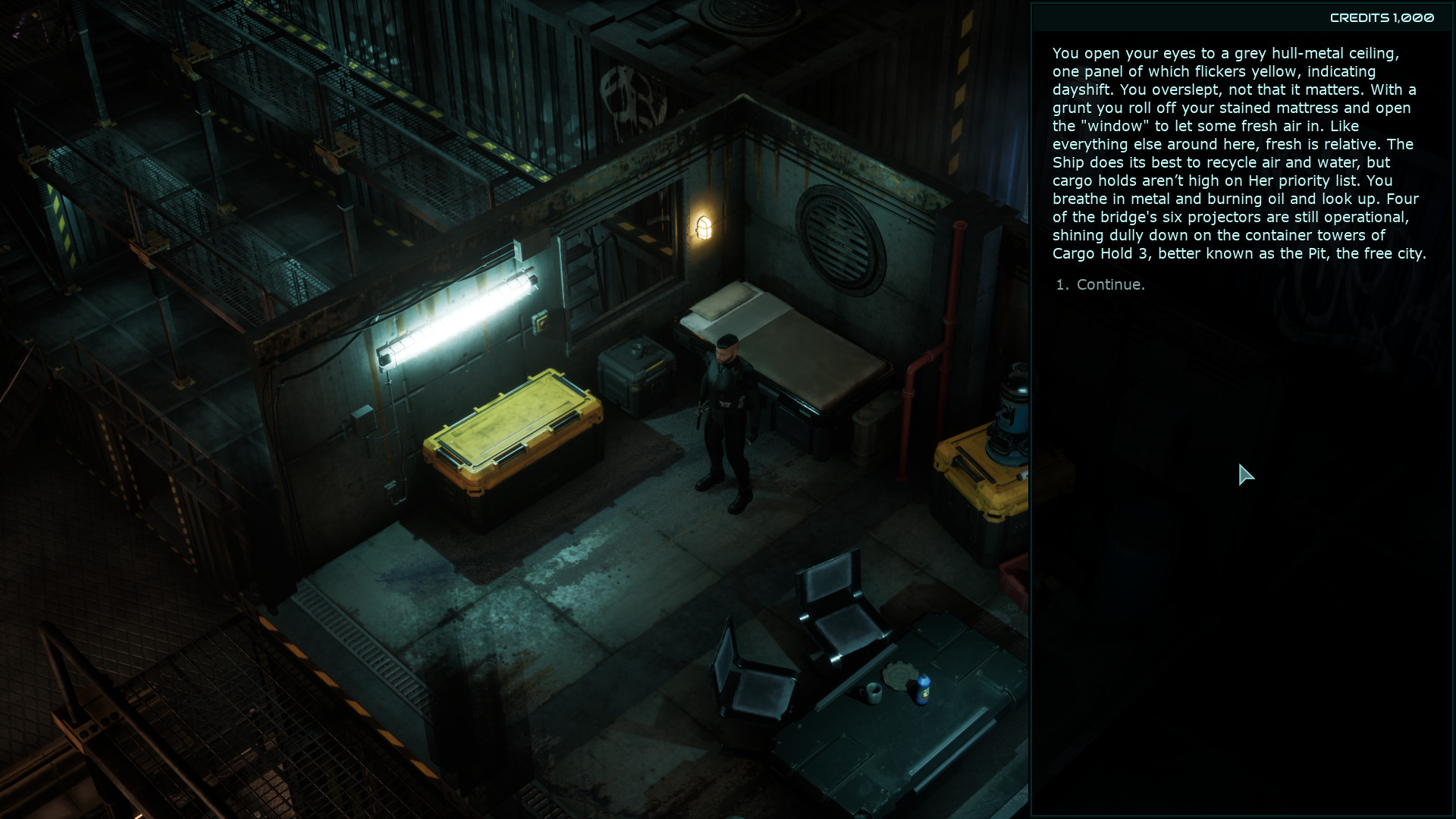 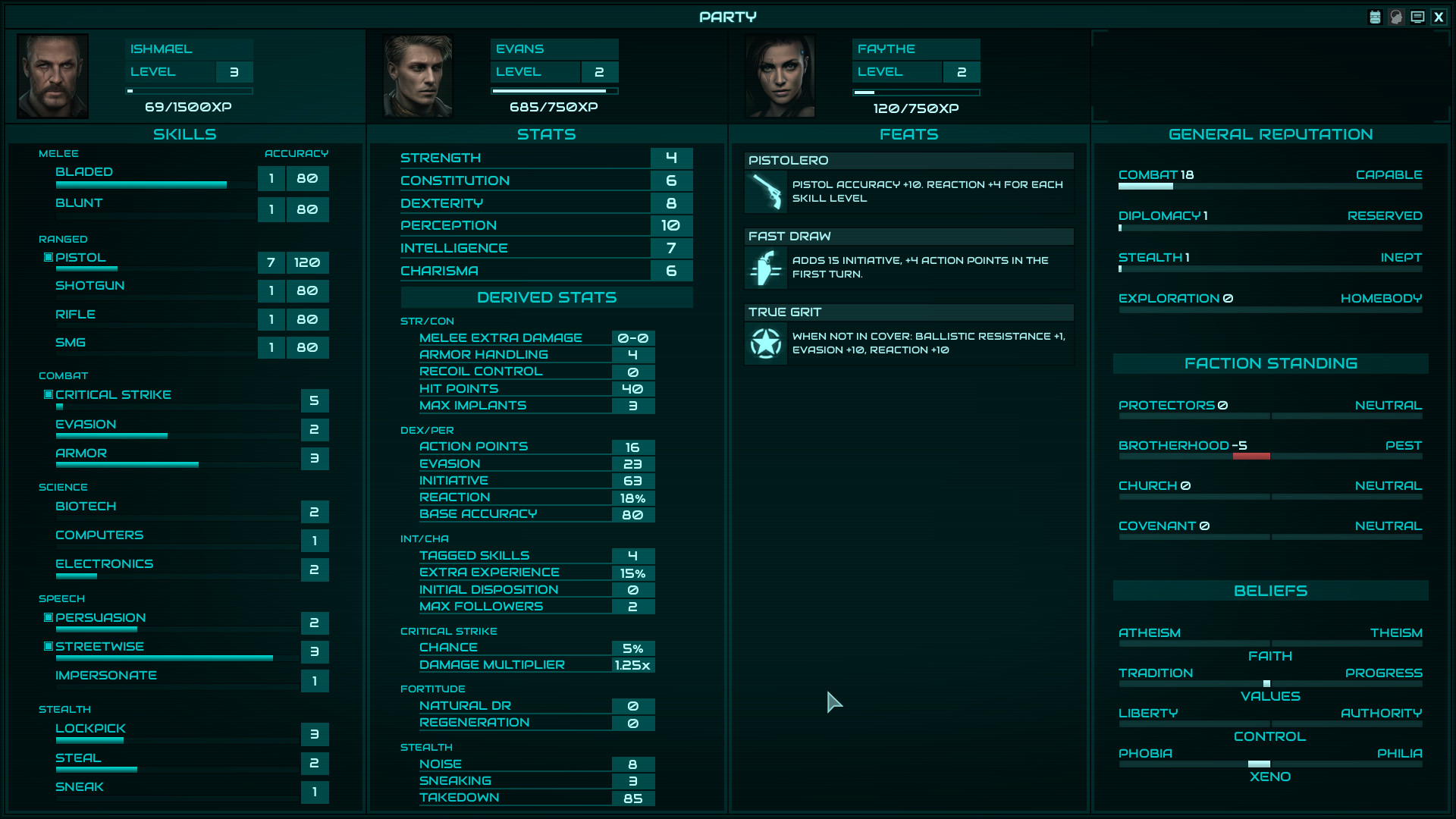 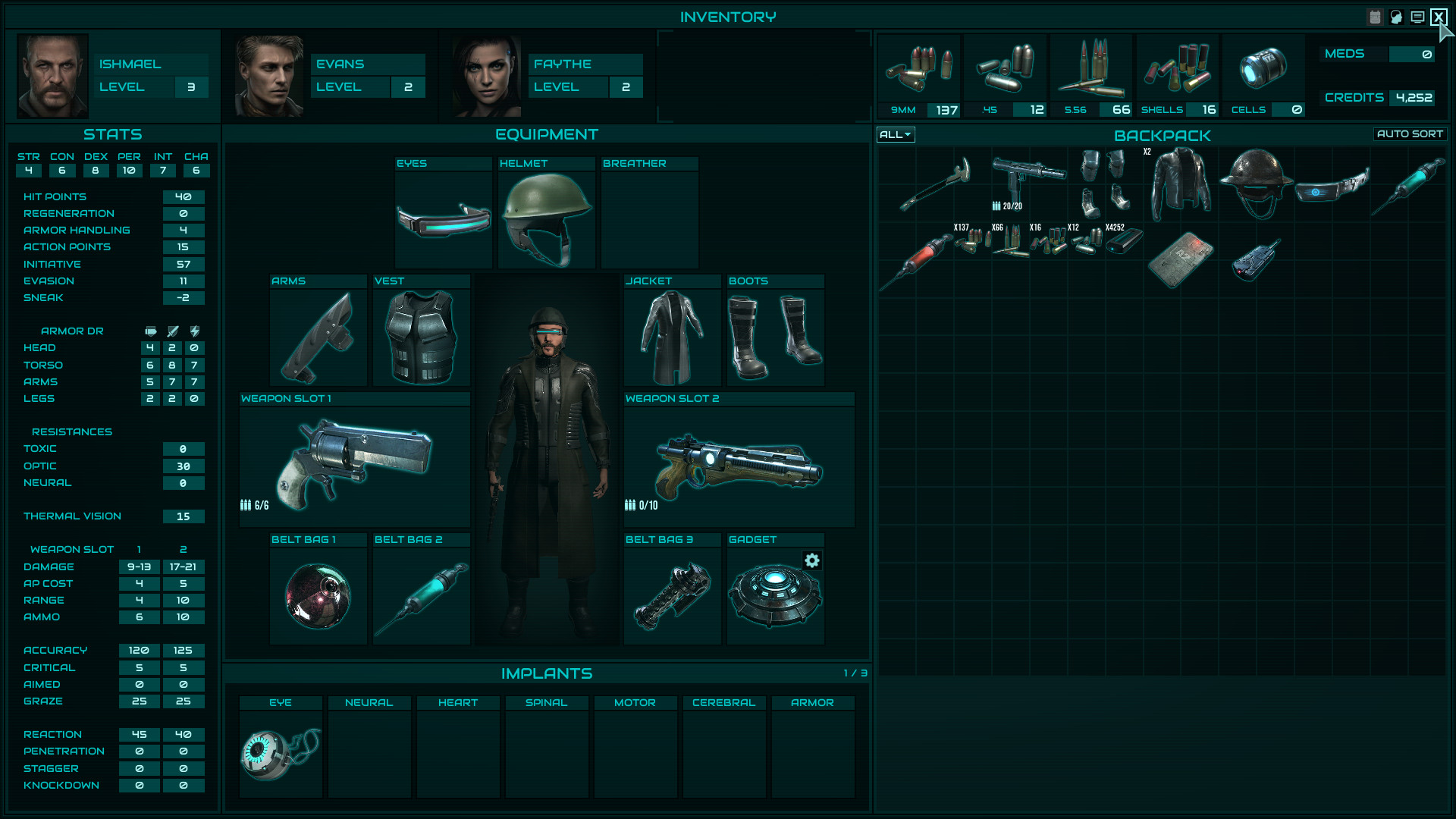 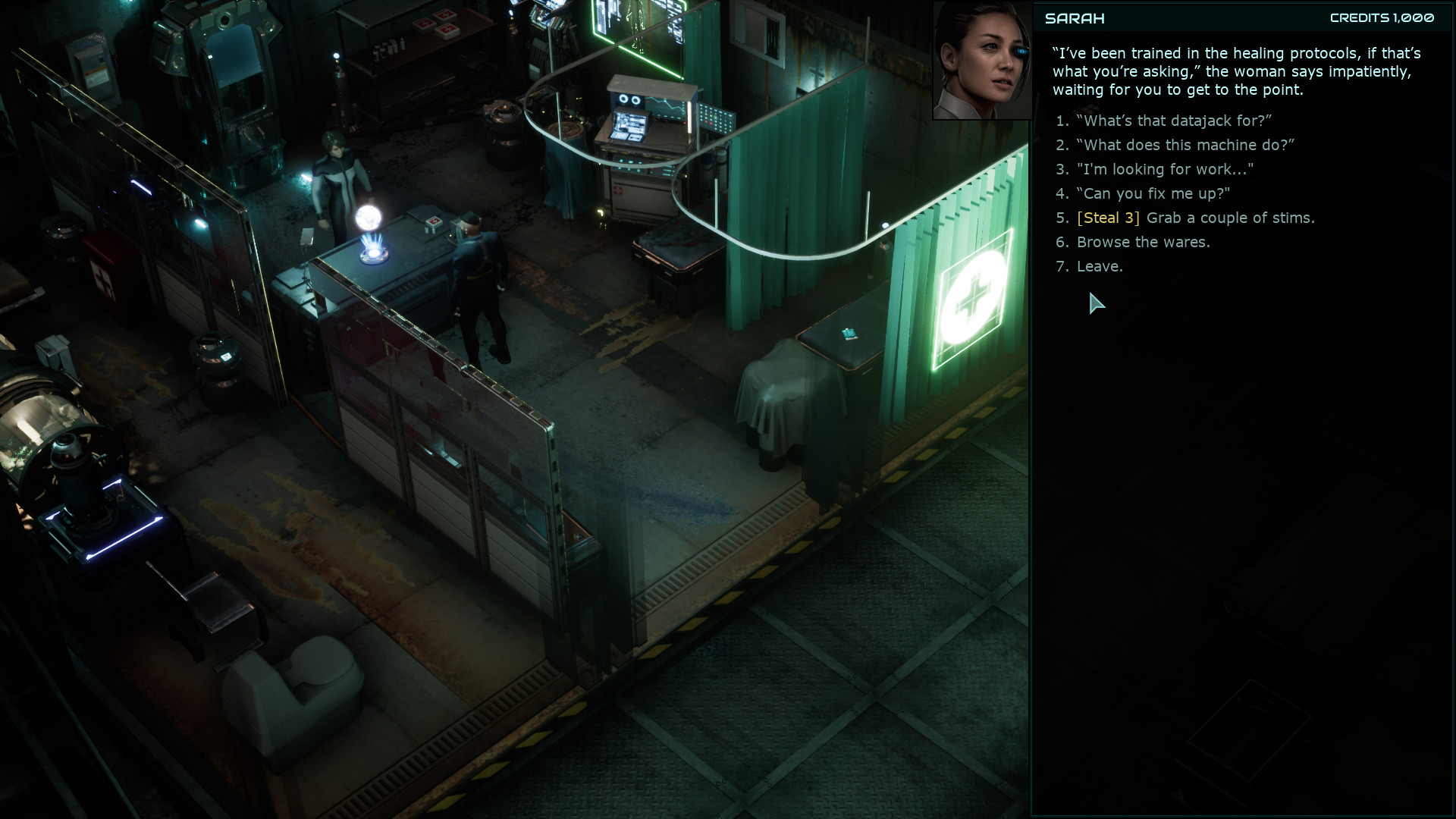 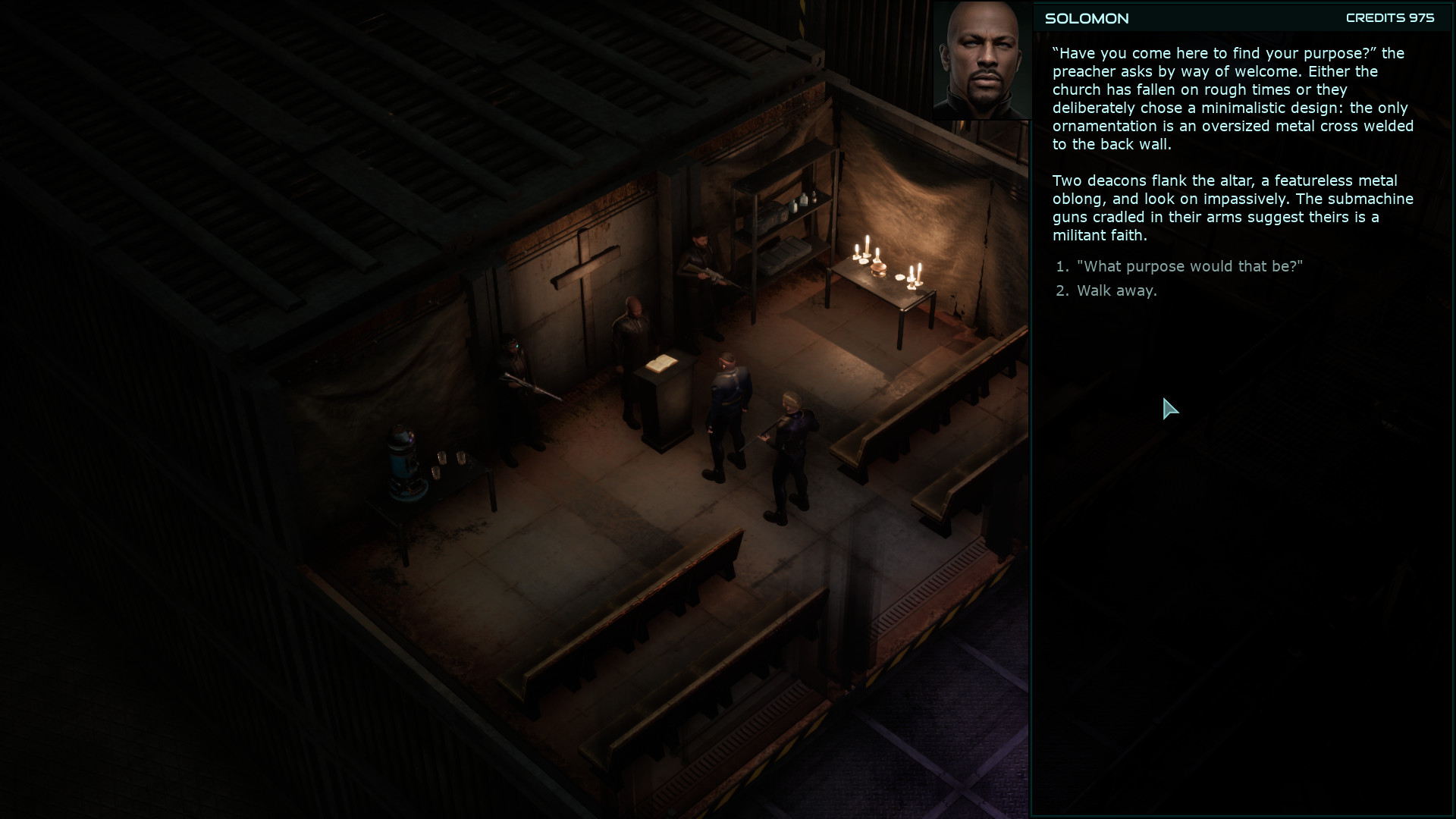 It is the Year of Our Lord 2754…You will never feel the sun’s warmth under a blue sky, never hear the wind in the branches of a tree, and never swim in the ocean, all because you had the misfortune to be born on the Ship, chained to a fate you didn’t choose. You have never seen Earth and you’ll never see Proxima Centauri either. You’re doomed to live and die on the Ship in the name of the Mission, like your father before you, like his father before him.The Ship is old. She had already been twenty years in service when she was rechristened Starfarer - a pretty name for a retrofitted interplanetary freighter. No one is certain the Ship will actually reach its destination, and nobody much cares, since no one alive now will live to see it. Might as well get on with your life and try to make the best of it.Features:Colony Ship is an isometric, party-based RPG inspired by Heinlein’s Orphans of the Sky. Your character´s world is a “generation ship,” a massive spacecraft on a centuries long voyage to colonize a distant planet. The Ship´s original government has been disbanded following a violent mutiny and you must negotiate a treacherous path among your fellow passengers and the contentious factions striving to dominate the Ship. Your choices alone will determine who your friends and enemies are.Skill-based character system, with feats and implants.Tactical turn-based combat, featuring standard, aimed, and weapon-specific attacks.Multiple quest solutions, mutually exclusive questlines, and a branching main storyline.10 recruitable party members with different personalities, agendas, and beliefs (only 3 available in the first chapter).3 main factions and a score of lesser factions and groupsA large arsenal including melee weapons, firearms, energy pistols, grenades, and futuristic gadgets like the Energy Shield, Reality Distortion Generator, and Cloaking Field.Different environments to explore, from the Engine Room and Hydroponics to the dystopian cities of the Habitat and the Mission Control ruined decks (only the Pit, Armory, and Hydroponics are available in the first chapter)