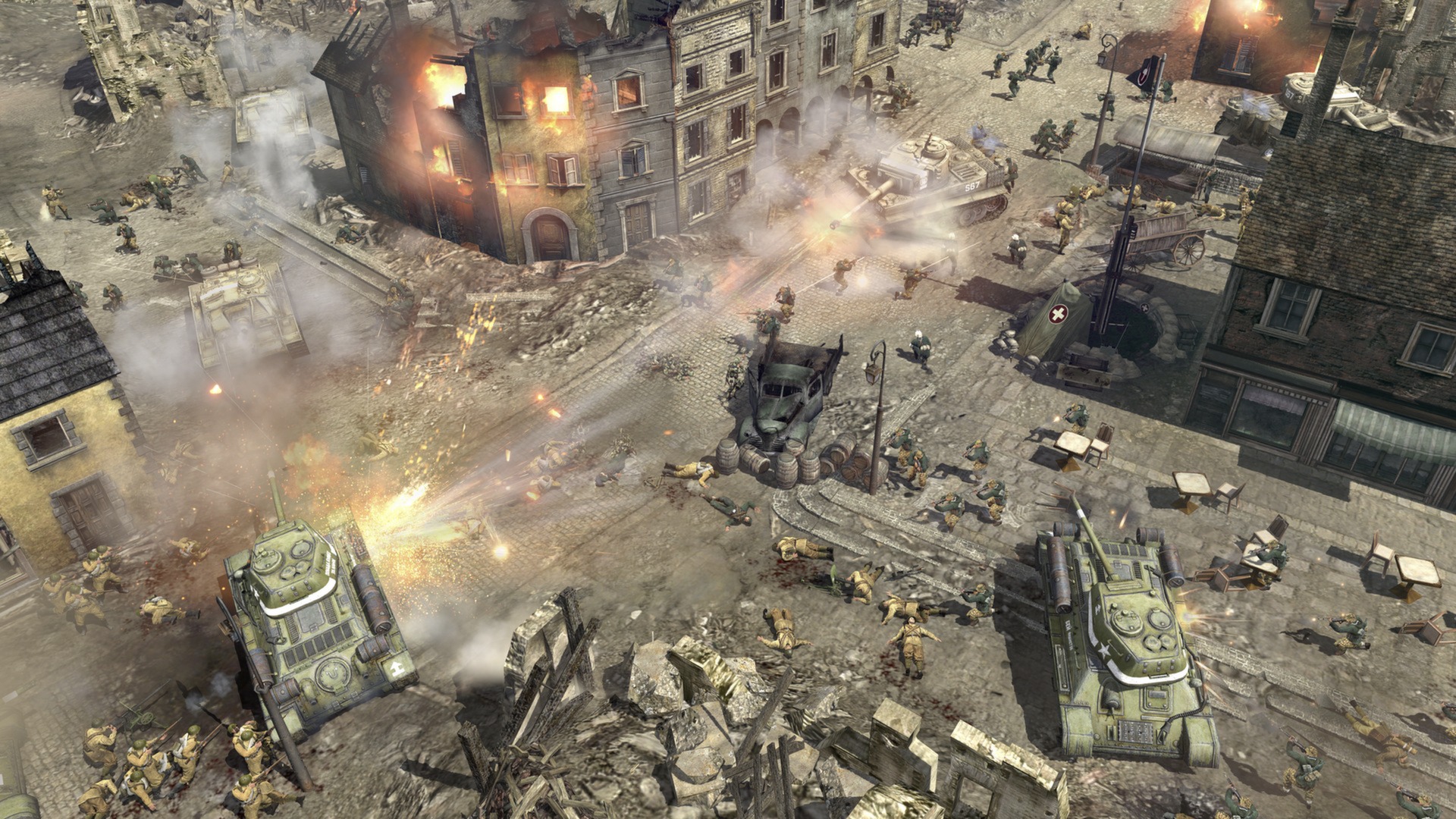 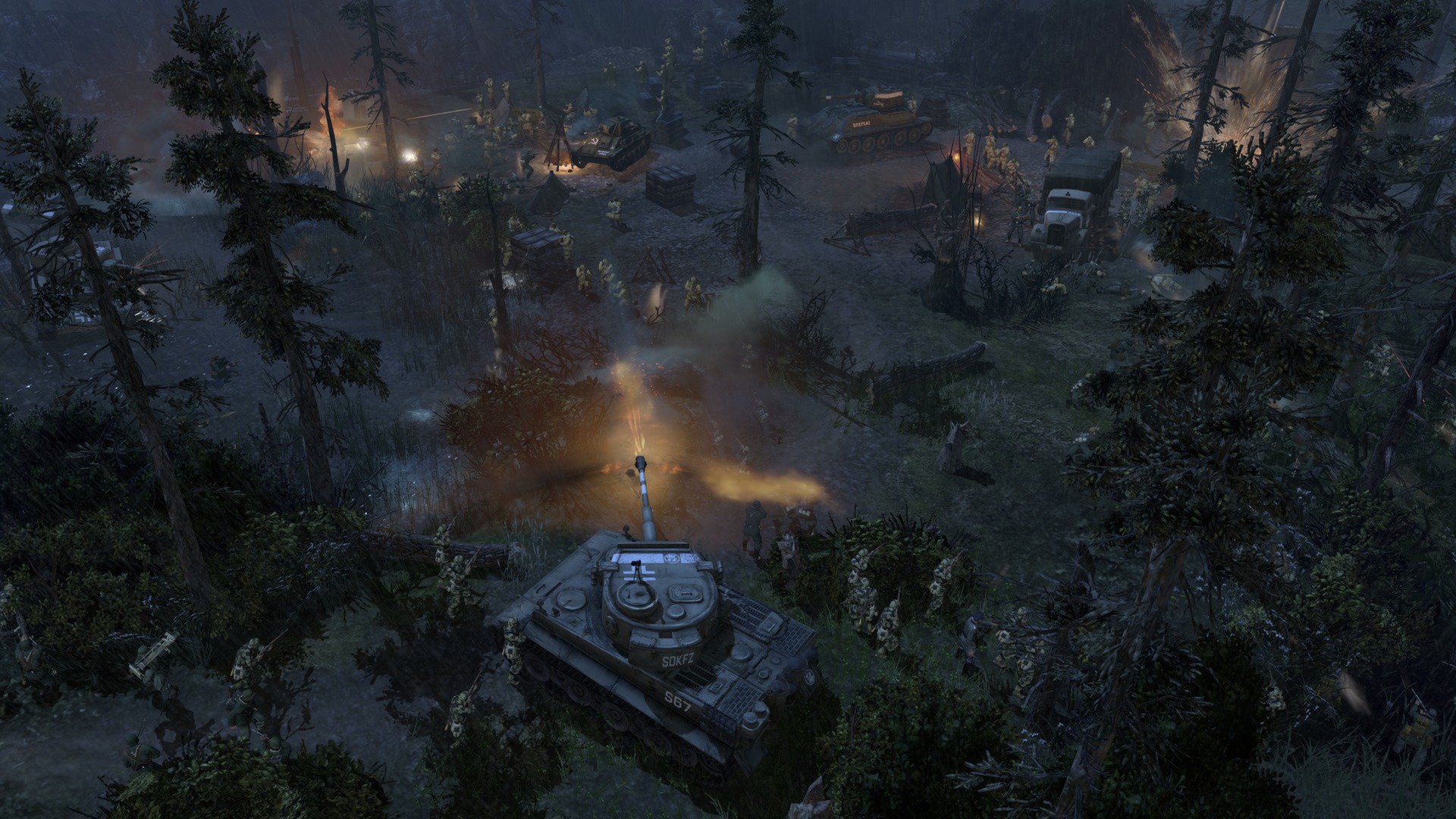 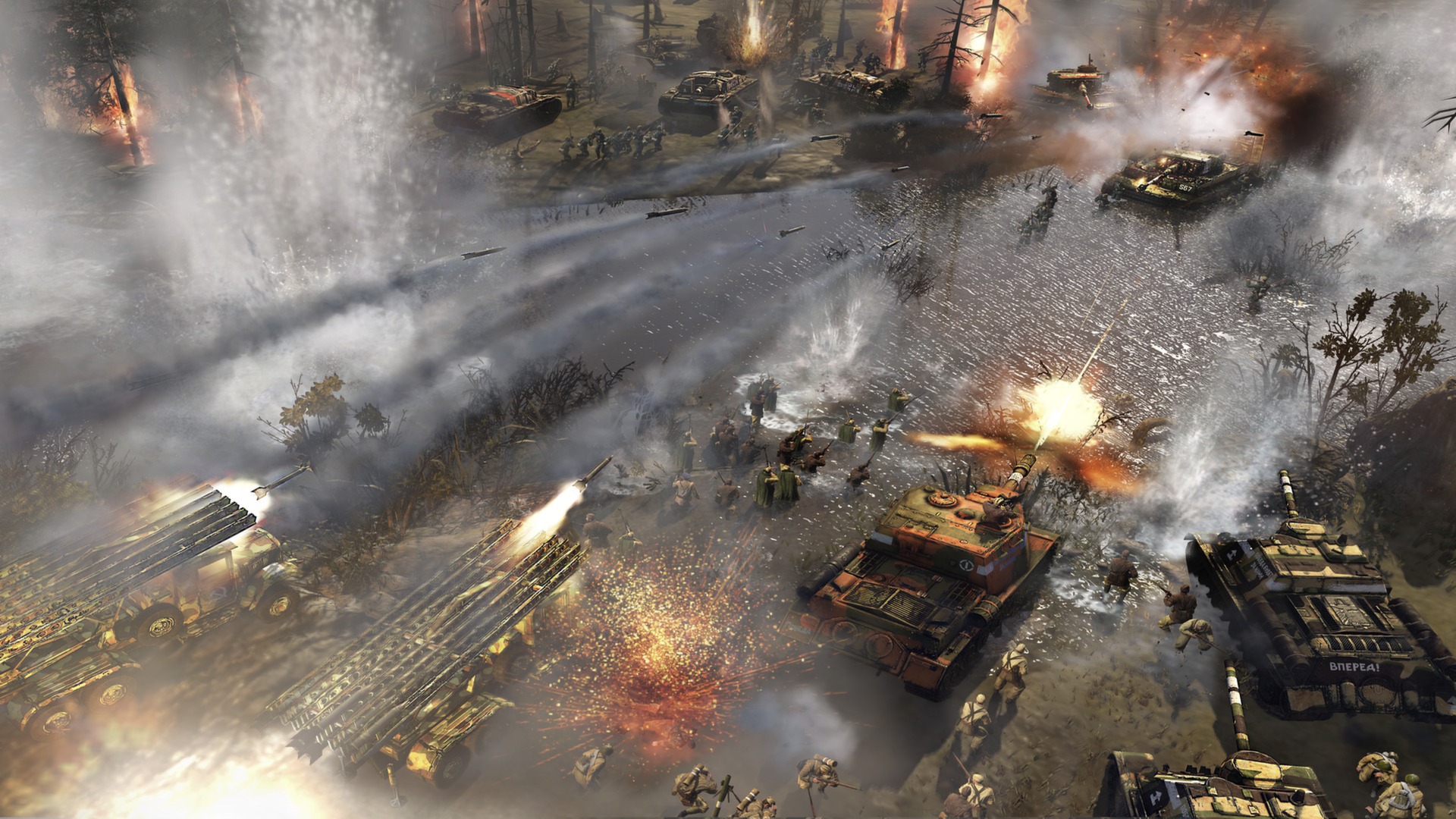 Based on the latest Essence Engine 3.0 technology, the Company of Heroes 2 series incorporates unique mechanisms that encourage thoughtful players. Thus, the TrueSight ™ function rather accurately simulates a review of different types of troops, the shelter system makes you think about the choice of positions for troops, and the tactics system, focused on the interaction of troops, makes it impossible to attempt to attack a tank with a squad of shooters. Each battle requires participants to make a sensible tactical choice that affects the entire course of the battle.

The original game Company of Heroes 2 opens up access to two armies for online play: the Red Army and the Wehrmacht units that fought on the Eastern Front. In addition, it includes a campaign for one player, allowing you to get acquainted with the basic principles of the series. Feel like a Soviet commander, leading fierce battles for the liberation of the Motherland from the Nazi invaders! Change tactics, consider the harsh weather conditions and use the full power of the Soviet people to get to Berlin!

KEY FEATURES
CULTURAL SERIES
The famous strategic game, awarded the highest marks, comes back with innovative solutions that change all the canons of the genre.
ESSENCE ENGINE 3.0
Advanced features such as the TrueSight ™ field of view system, the ColdTech ™ dynamic weather model, and the landscape being destroyed, not only enrich the graphics, but also significantly influence the course of the battles, making each battle truly unique.
TACTICAL COMMAND
Design and use your own battle patterns based on the unique abilities of your commanders. Dive into the atmosphere of brutal front-line battles with the help of a dynamic tactic system.
NETWORK BATTLES
Intense online battles - the dynamic modes of joint and competitive games fully meet the expectations of the most demanding connoisseurs of online battles.

COMPARISON OF THE NETWORK ARMY
Find the online army and its associated product, the most suitable for your style of play.