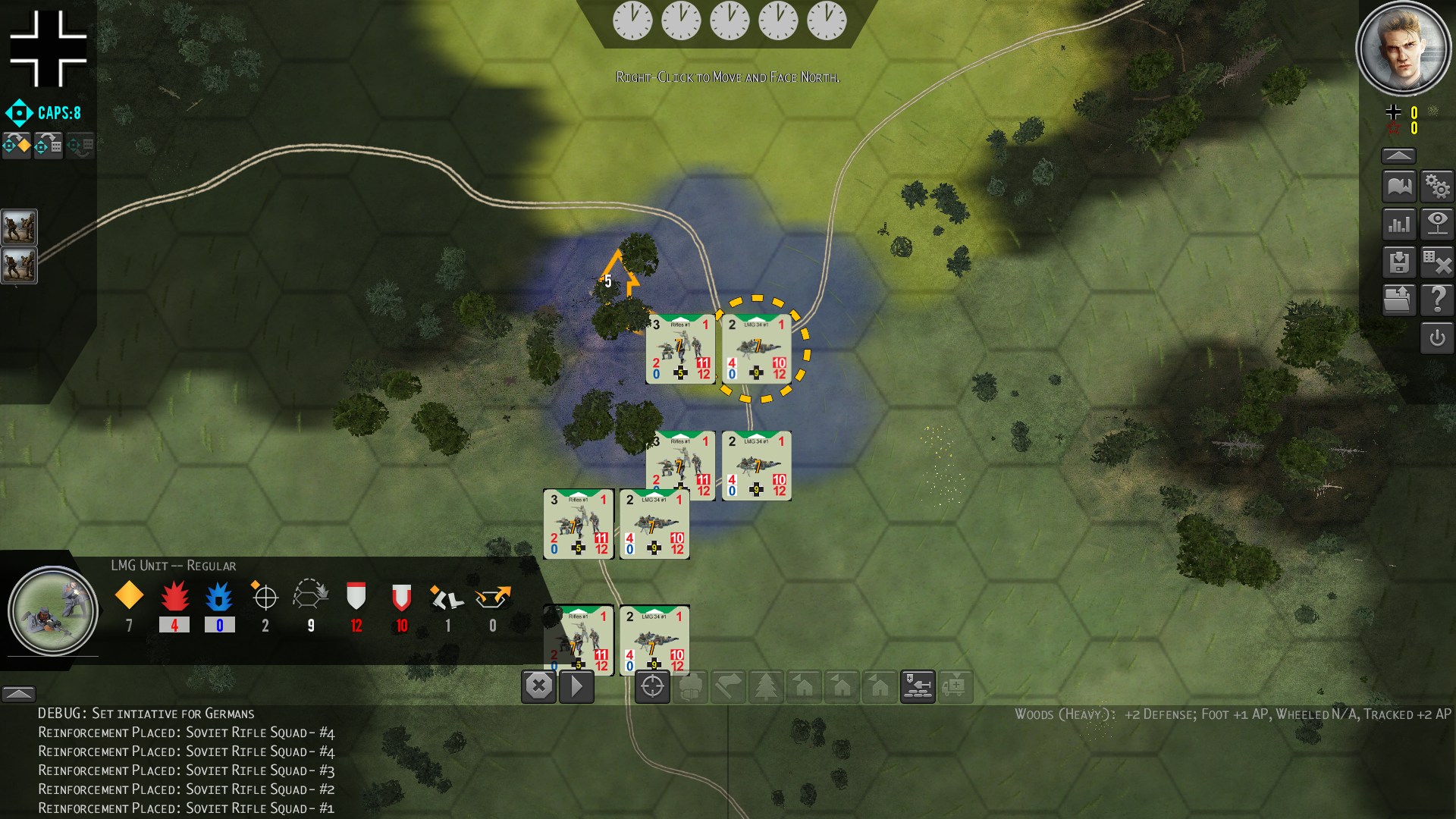 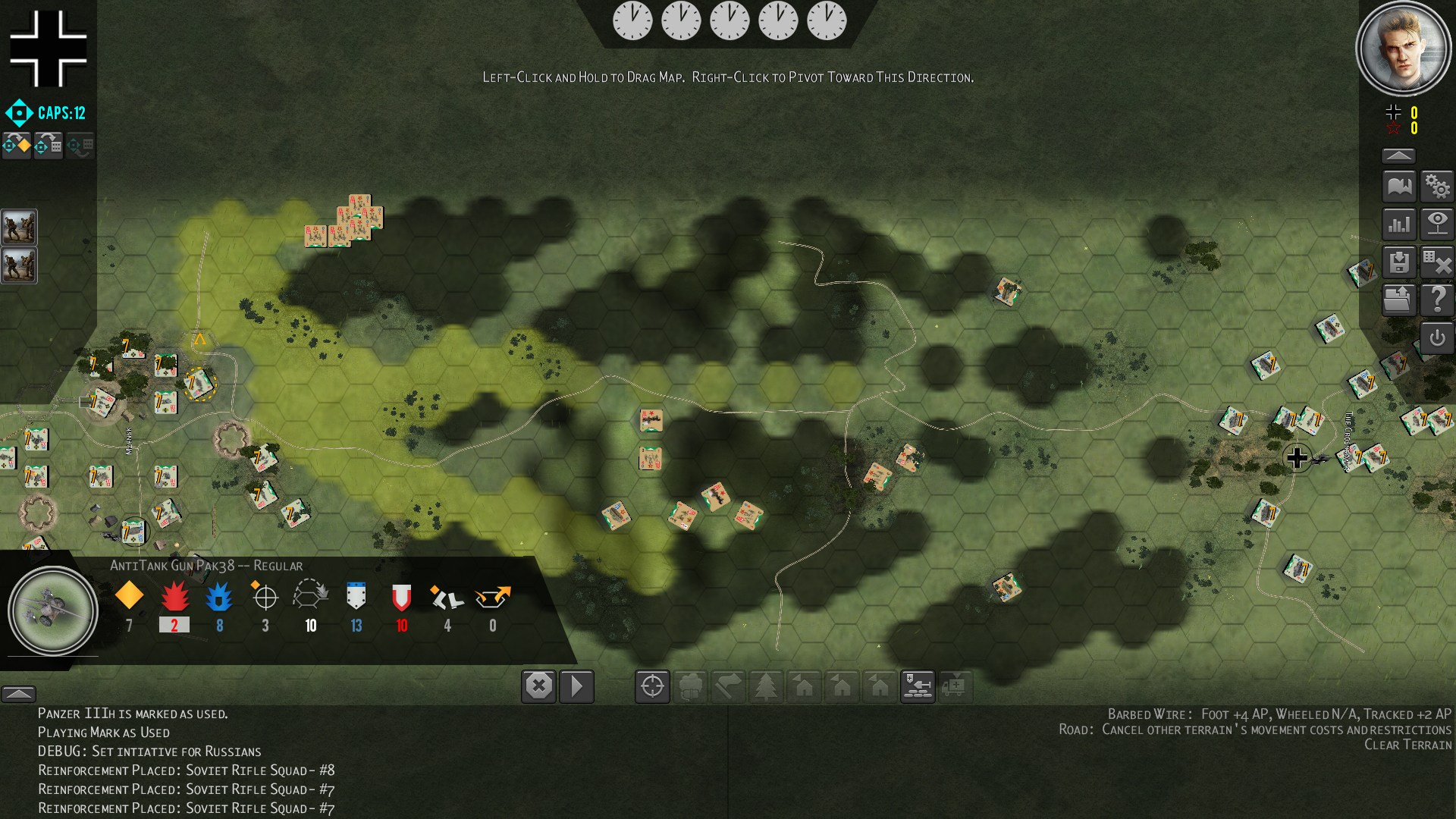 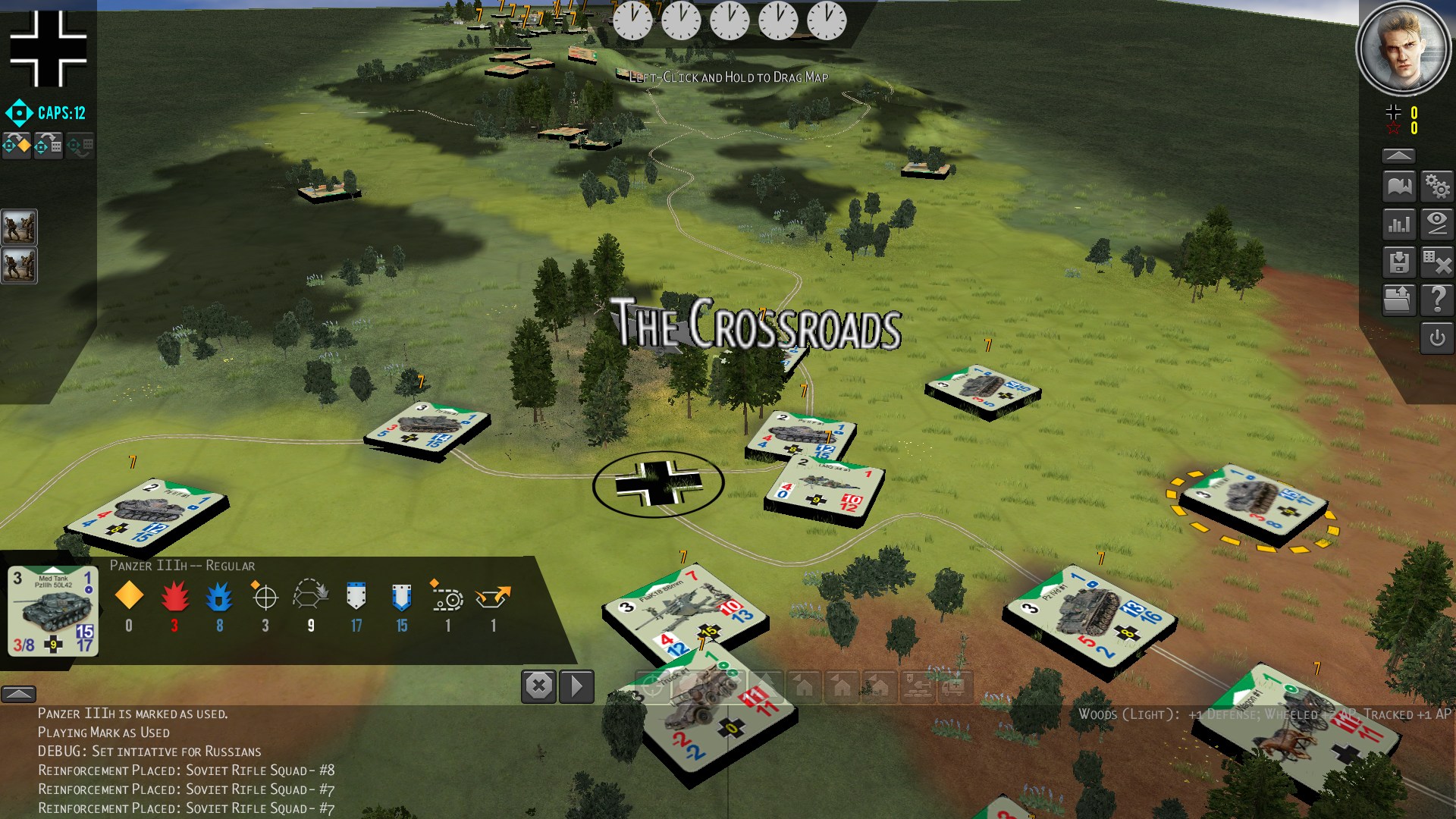 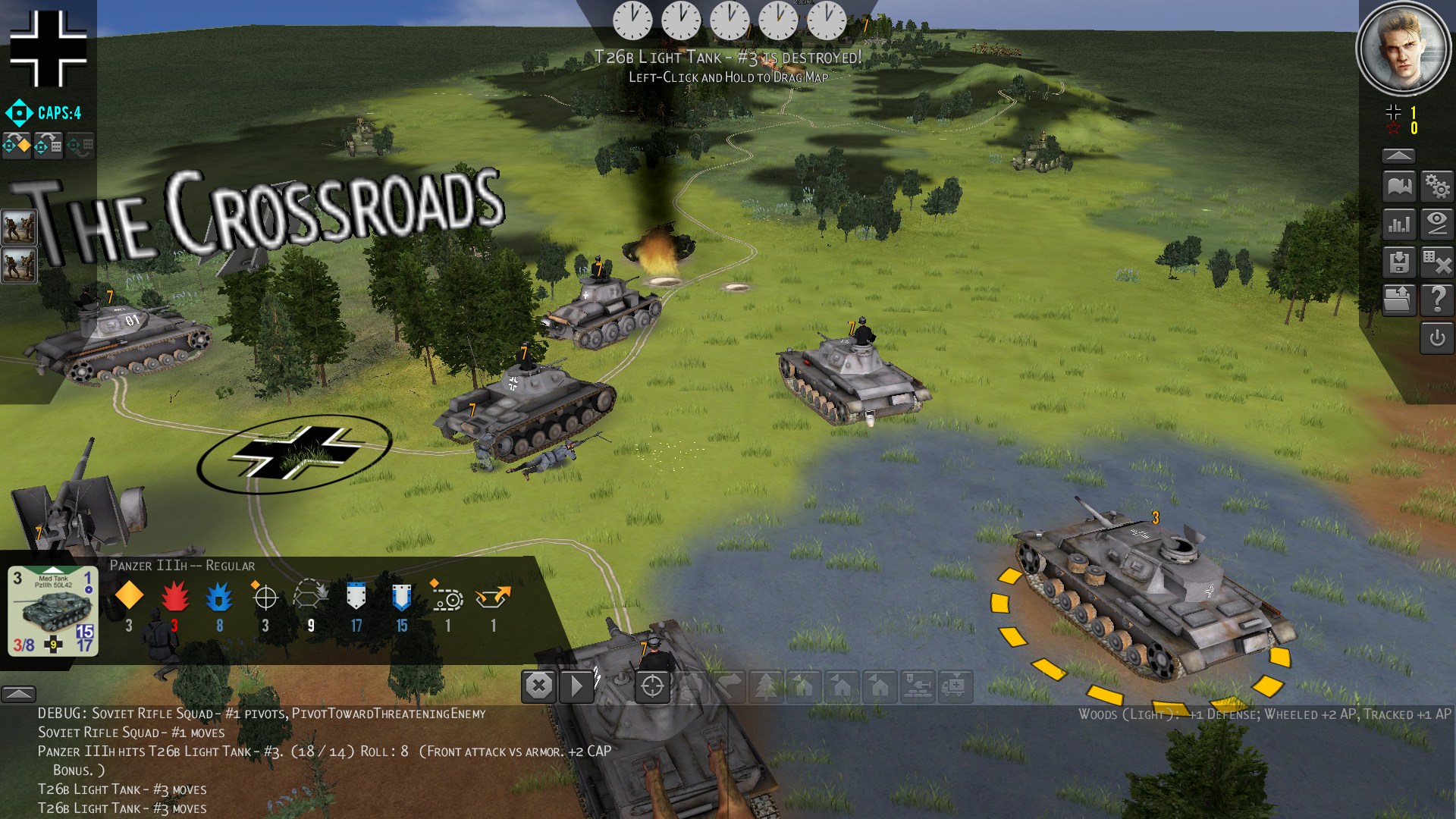 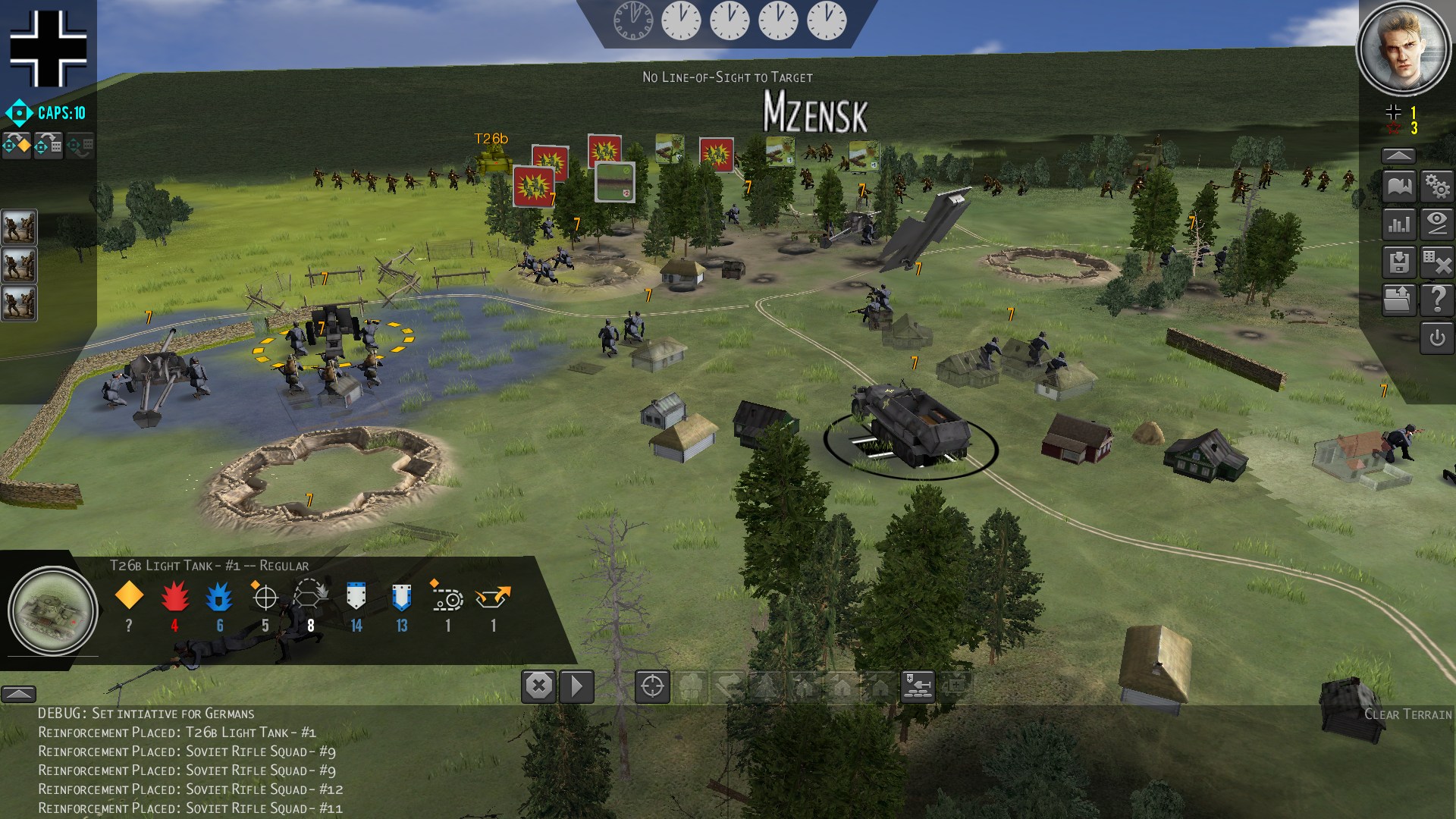 This exciting new release is a faithful adaptation of the renowned Conflict of Heroes board game that won the Origins Historical Game of the Year, Charles Roberts Wargame of the Year and the James F. Dunnigan Design Elegance Award, as well as many others!Designed and developed in cooperation with Uwe Eickert, the original designer of Conflict of Heroes, and Western Civlization Software, the award-winning computer wargame studio, no effort has been spared to bring the outstanding Conflict of Heroes gameplay to the computer. Conflict of Heroes: Awakening the Bear! includes an AI opponent as well as full multiplayer support with an integrated forum and game lobby. To remain true to the core gameplay of the board game, the PC version is designed to be fun, fast and easy to play, though hard to master. The game design is also historically accurate and teaches and rewards platoon and company-level combined arms tactics without overwhelming the player with rules. The year is 1941. Germany has defeated Poland, Denmark, Norway, and France with ease. In the morning hours of June 22 over 3 million German soldiers attacked Soviet forces along a 1600 kilometer front heralding the beginning of Operation Barbarossa. Complete surprise was achieved and the Germans struck deep into Soviet territory. The Germans thought that the Soviets would fold like a house of cards. Their officer cadre had been massacred by Stalin, training was poor, and morale low. The Blitzkrieg catches the Soviets by surprise and they lose over 1.75 million men in the first two months alone.The Germans are unstoppable, their Panzers pushing to the very gates of Moscow. But then winter hit and the cold drained the German’s resources, strength, and morale. The Soviets began striking back in the dead of winter and the momentum began to shift in their favor through the following spring. The bear had awoken!Conflict of Heroes: Awakening the Bear! takes you to the Eastern Front of World War II during Operation Barbarossa, the German invasion of the Soviet Union. This release includes a historical roster of infantry, artillery, mechanized and support units for the Axis and Soviet forces for the time frame of Operation Barbarossa.Much effort went into distinguishing the units in the game by highlighting their historical strengths and weaknesses. For example, each tank defense rating takes into account relative armor thickness, armor slope deflection percentage, speed, size, targeting mechanics, and crew training. All these factors are represented in an easy to learn target number system.Also included are all ten original Awakening the Bear! scenarios as well as eleven new Frontier scenarios, five new Commanding Heights scenarios and a very flexible “Partisan Road” Point Buy scenario. For those with a creative urge, Conflict of Heroes also comes with a scenario editor which allows players to create and share completely new scenarios using the Awakening the Bear! units.The included scenarios, many of which you can play in about an hour, are designed to depict the pivotal points in a given battle. You can learn enough of the game to play the first scenario in ten minutes and a full set of in-game tutorials is included, as well as a full-color printed manual.FeaturesAdded “Persistent AP” gameplay mode as the default option in which units retain their AP pools when player switches to activate a different unit. "Classic AP" option is similar to the original gameplay in that APs are not retained when a different unit is