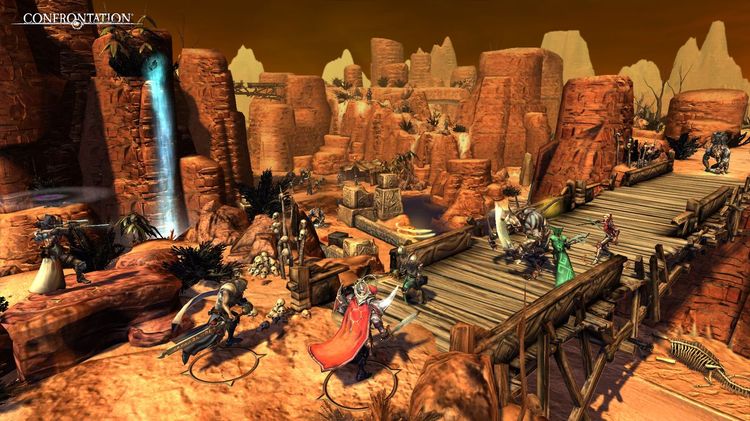 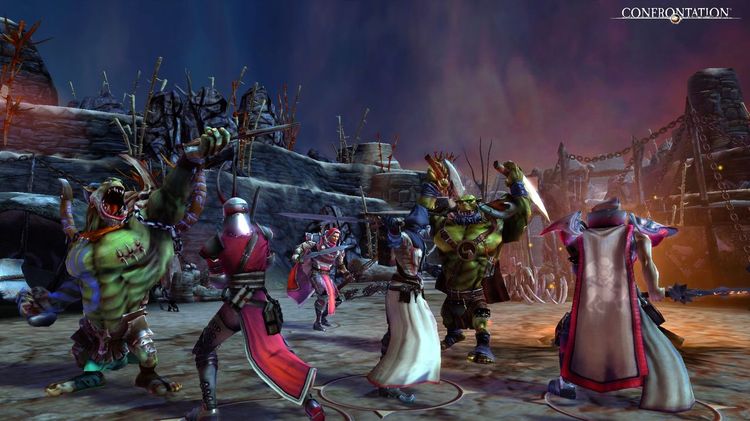 Confrontation: The Last Stand - Role-playing game fantasy universe created exclusively for the PC based on the famous board wargame from the company Rackham.

You have to go back to the war-torn universe Aarklash to lead a campaign against the brave soldiers Griffin violent followers of Scorpio and destroy these power-mad creatures in the last decisive battle. However, these monsters are not the only your enemies. On the way into the den of scorpions you come up with no less horrific enemies - rampant bloodthirsty Wolf and powerful evil orcs.
Features Confrontation: The Last Stand:

• Your choice of 12 units with unique characteristics - shape of their squad, the most effective, depending on the purpose of the assignment and foes, who will have to confront.
• The Confrontation: The Last Stand Passing exciting story campaign, you will spend in Aarklash 20, or even 30 unforgettable hours with his head immersed in a magnetic atmosphere of this brutal, but in its own beautiful universe.
• Build your own strategy, using to their advantage every weakness of the opponent. What do you like - go ahead and operate covertly? Active pause mode allows to orient in a situation and choose the most effective tactics.
• Upgrade your weapons and armor of his faithful warriors, learn all sorts of spells and abilities in order to increase the destructive power of detachment, or better protection.
• Get commander talent in multiplayer battles Confrontation: The Last Stand, leading the troops of one of the four sides: griffins, scorpions, Wolf or orcs.
This product is intended for distribution in Russia and CIS countries. Using outside of Russia and the CIS are not welcome.