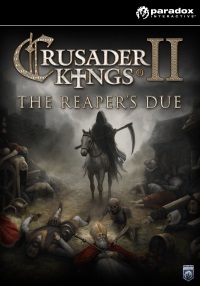 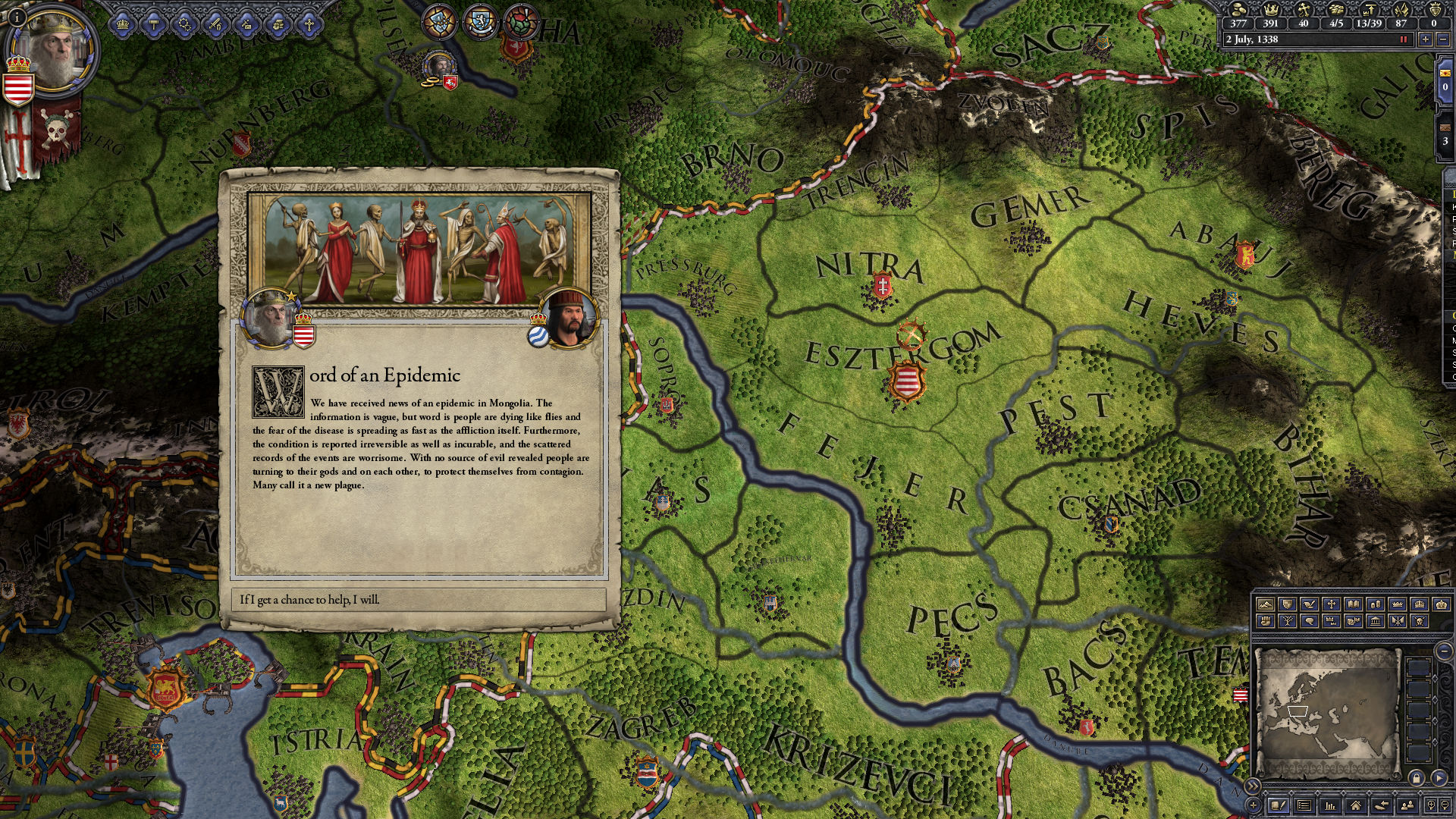 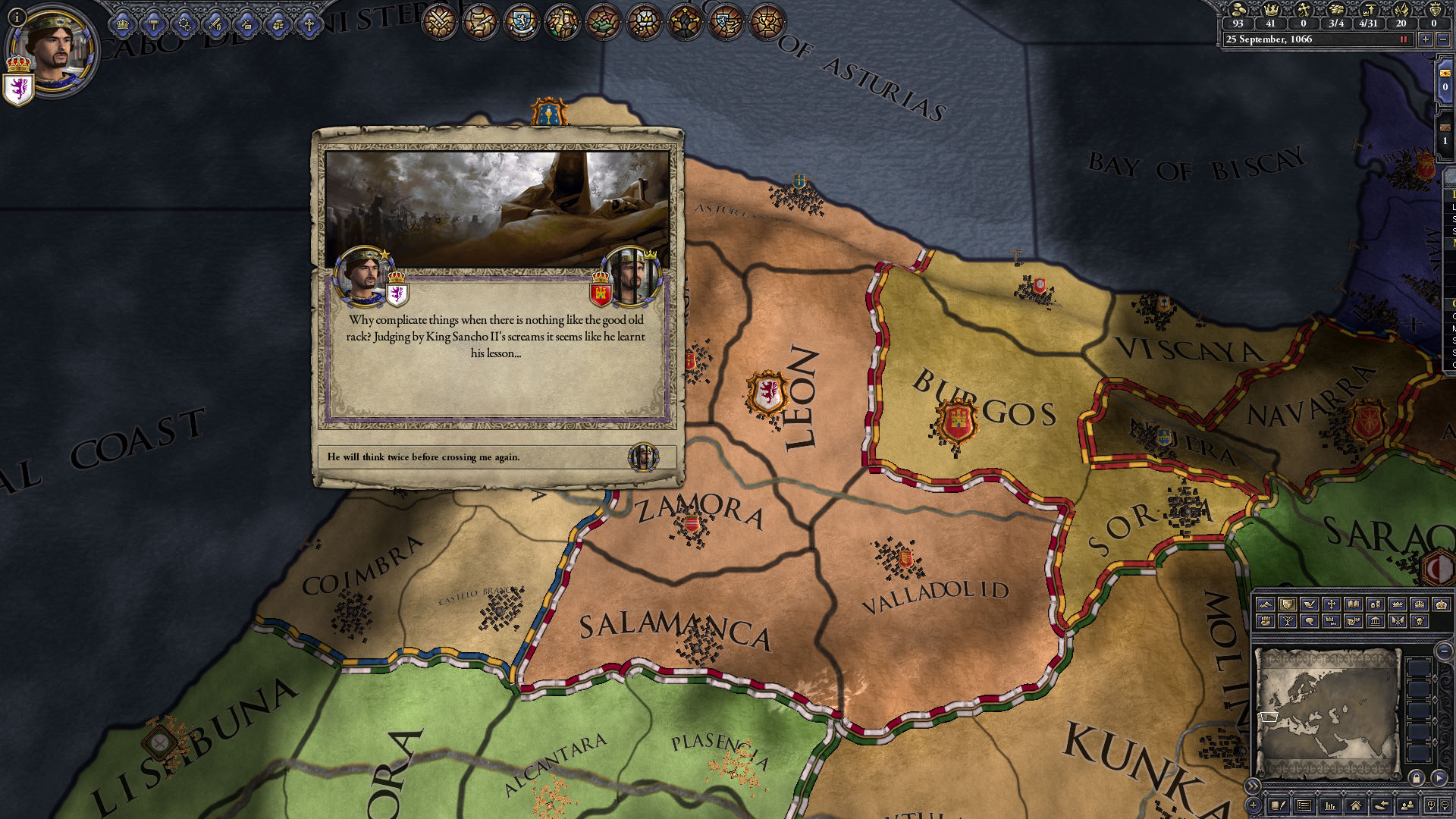 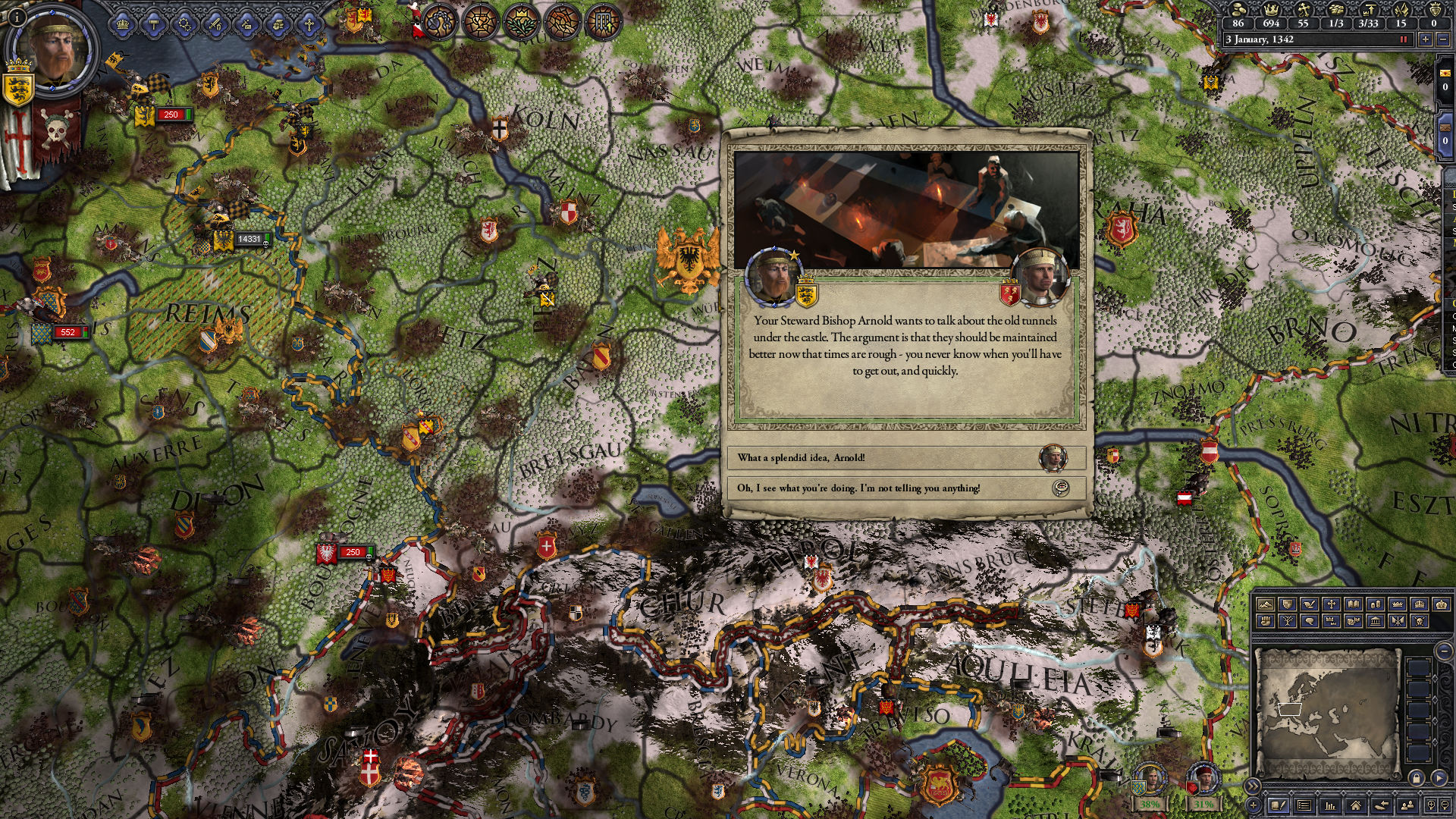 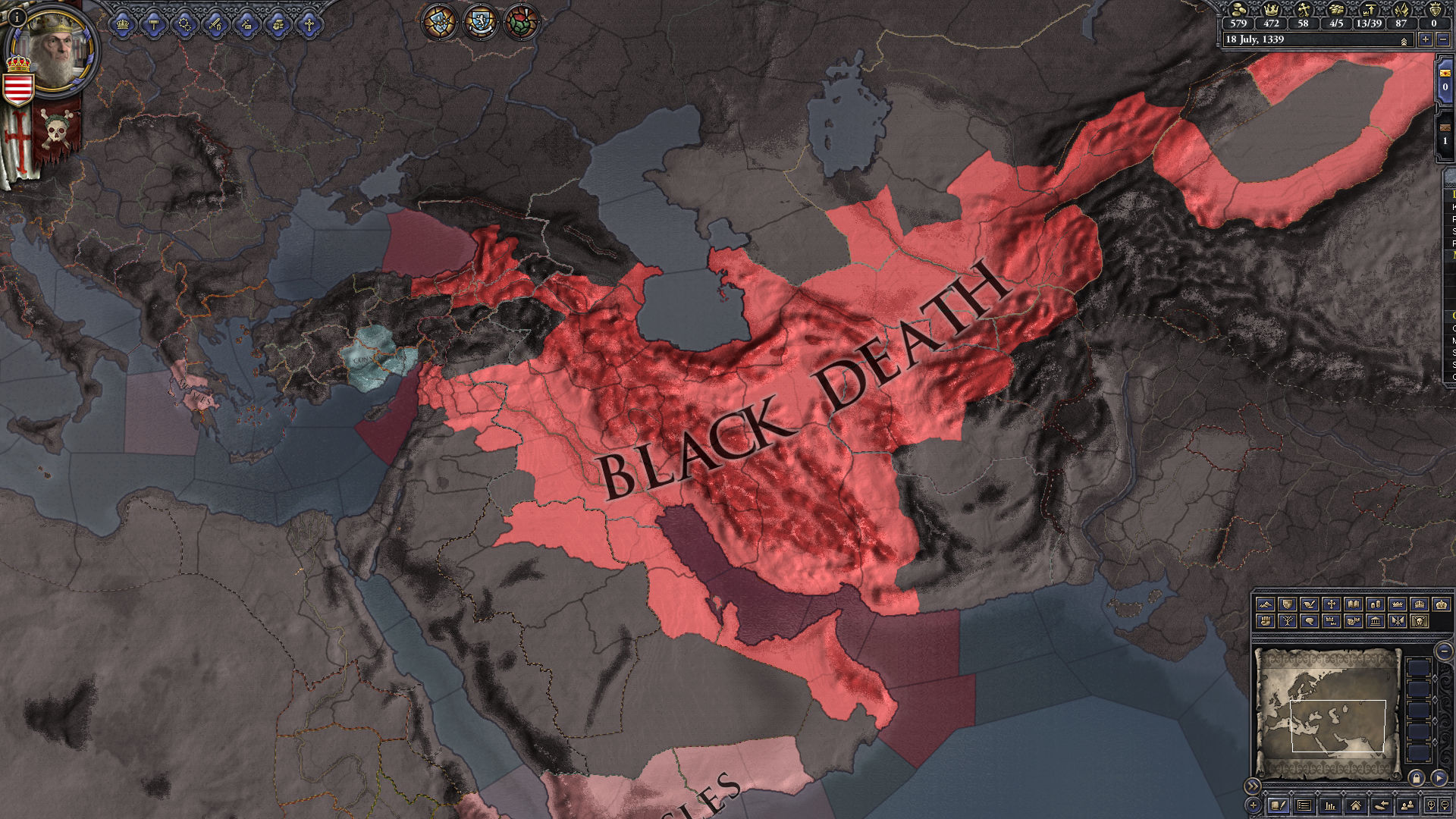 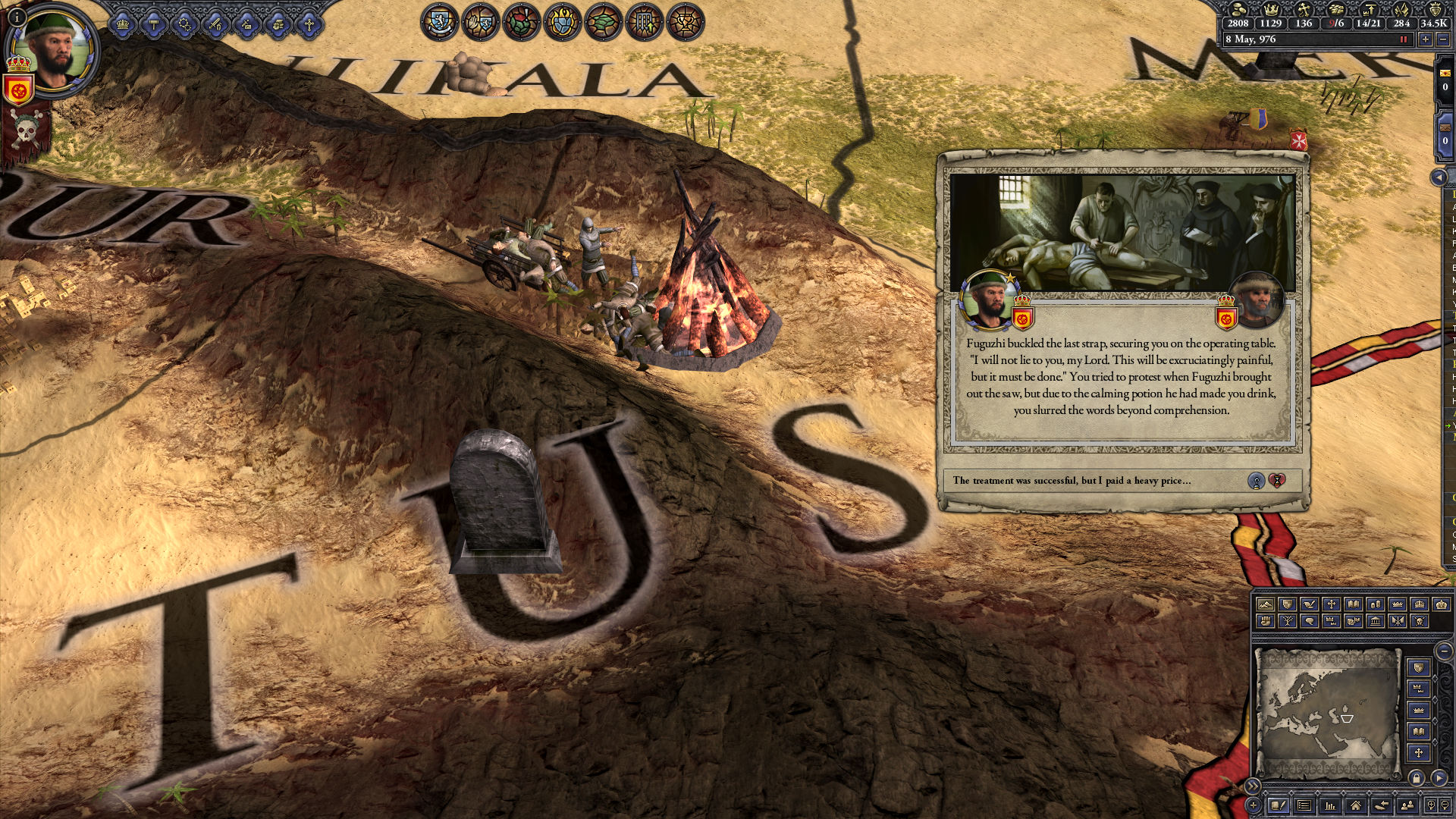 Attention! Activation requires the main game Crusader Kings II.
Little remains of the villages through which the Black Death passed. Hasty burials look like a mockery of the memory of the dead and serve as a feast for the crows. The once prosperous provinces were devastated, and the rulers of these lands hid in their castles, in the hope that the plague would bypass them. Those who are wiser take precautions and protect stocks accumulated over the years. But sooner or later everyone must pay their Death.
The Reaper´s Due is a new add-on for Crusader Kings II, dedicated to epidemics and diseases in the Middle Ages, especially the Black Death, the bubonic plague pandemic that killed a third of Europe’s population. The Reaper´s Due adds new mechanics and capabilities to the game Moreover, the deep simulator of the Middle Ages is even more interesting.

Game features:
Epidemics. Diseases spread from province to province through trade and sea routes, reducing your income and the number of soldiers.
Hospitals and royal doctors. Stop the spread of the disease in your kingdom and make sure that your subjects have access to the most modern medical technologies of the Middle Ages.
Royal retreat. Protect yourself from diseases that tear your kingdom apart, even if it means completely ignoring obligations to the people.
New chains of events. Will the new epidemic End of all existence? Who can be blamed for the horrors? Are there mystical causes for diseases or getting rid of them?