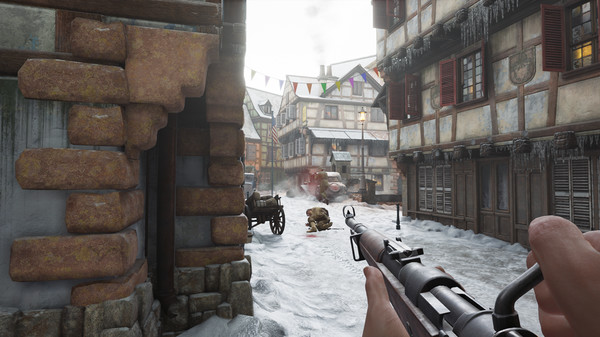 Days of War leaves Early Access on January 30, 2020.
Fight in intense battles of the Second World War, where the heart stops in your chest with the whistle of bullets. Days of War is a competitive, team-based first-person shooter in which continuous battles are fought across multiple theaters. Take part in 32-player online battles or hone your skills locally against bots and on the shooting range.

Create and share your own maps with integrated Steam Workshop support.

FULL VERSION KEY FEATURES
The incessant fighting of the Second World War
Fast-paced combat that throws players into battle over and over. Competitive vitality for many types of play styles from bolt action rifles to high capacity machine guns.
Maps in different parts of the world
12 maps, including those in Europe, Africa and the Eastern Front.
Map Editor and Steam Workshop Support
Days of War features a map editor and Steam Workshop support, allowing you to create unique maps and share them with other players.
Elite classes and weapons
Six classes with customizable gear sets and an arsenal of 60 different weapons.
Matchmaking and play against bots
A robust matchmaking system will match your opponents in multiplayer mode, while playing against bots will help you hone your skills locally.