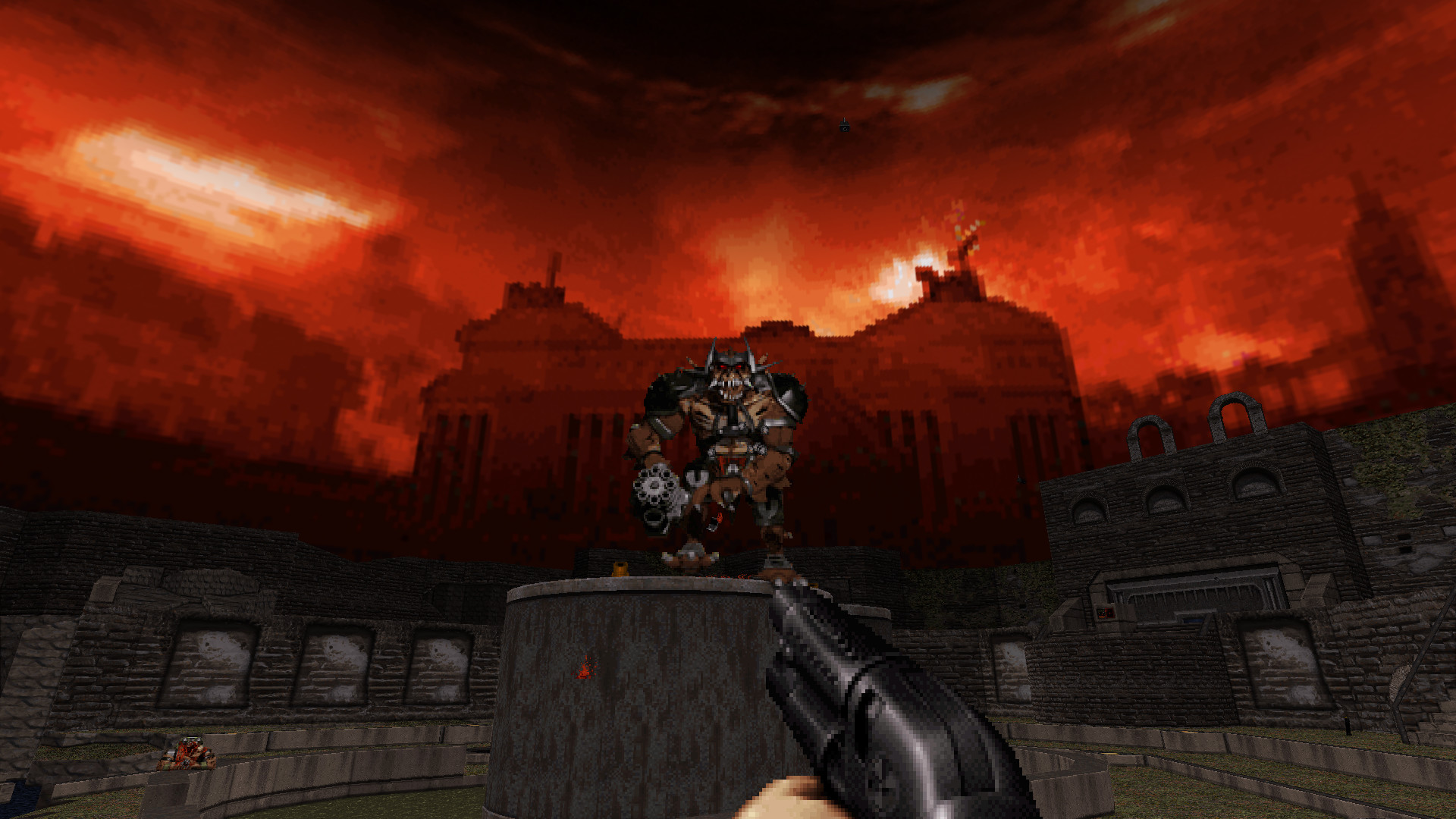 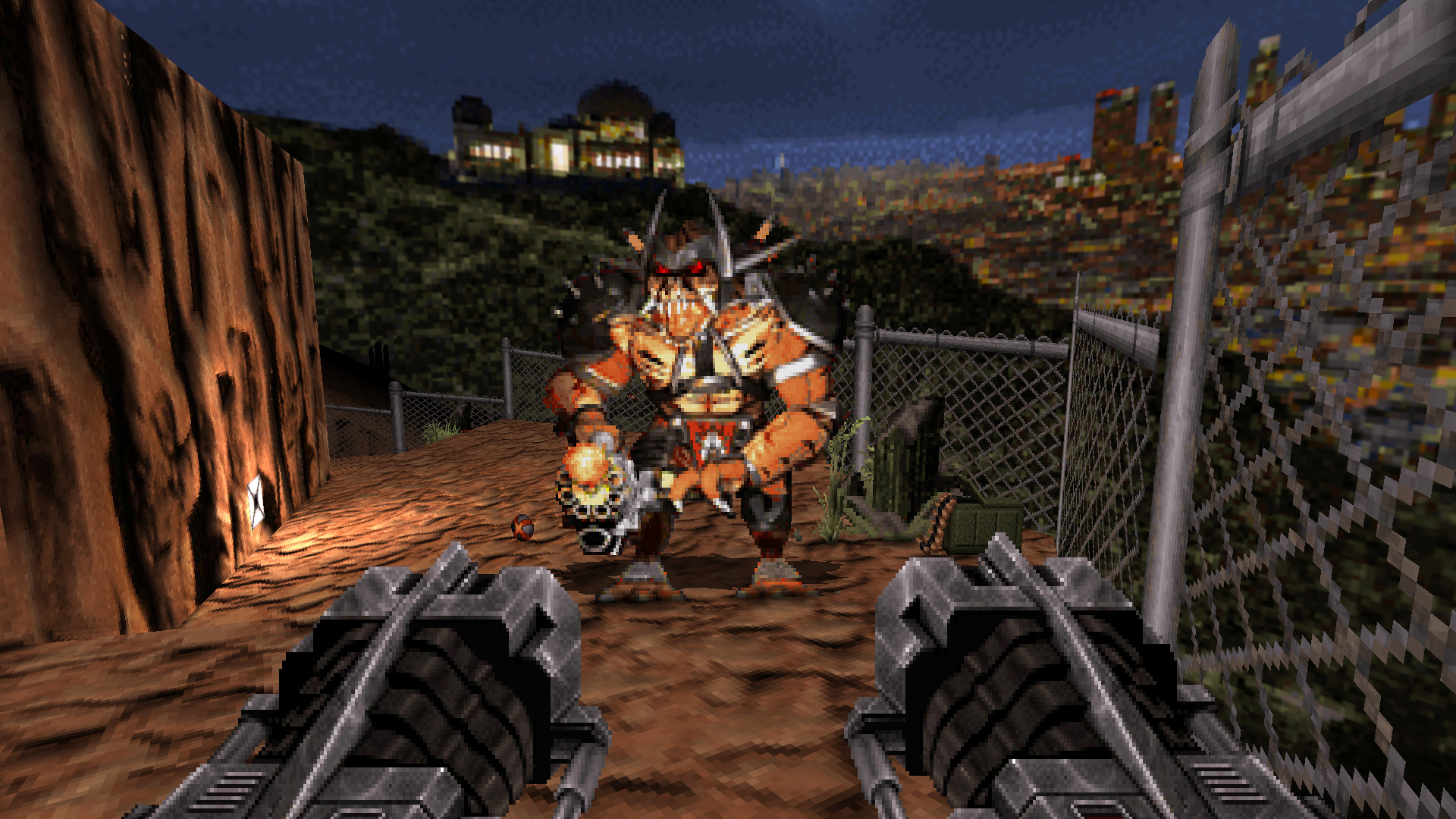 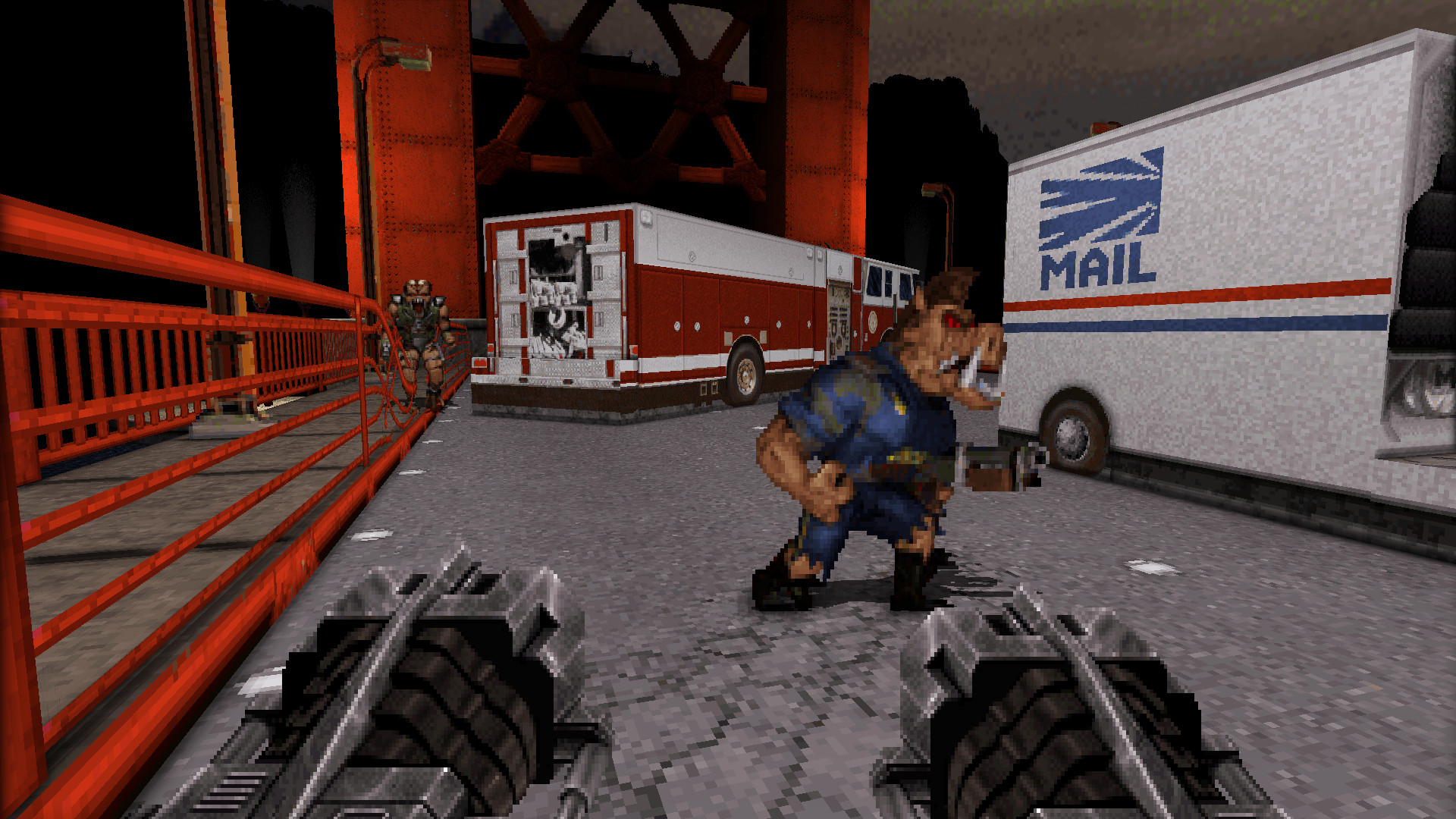 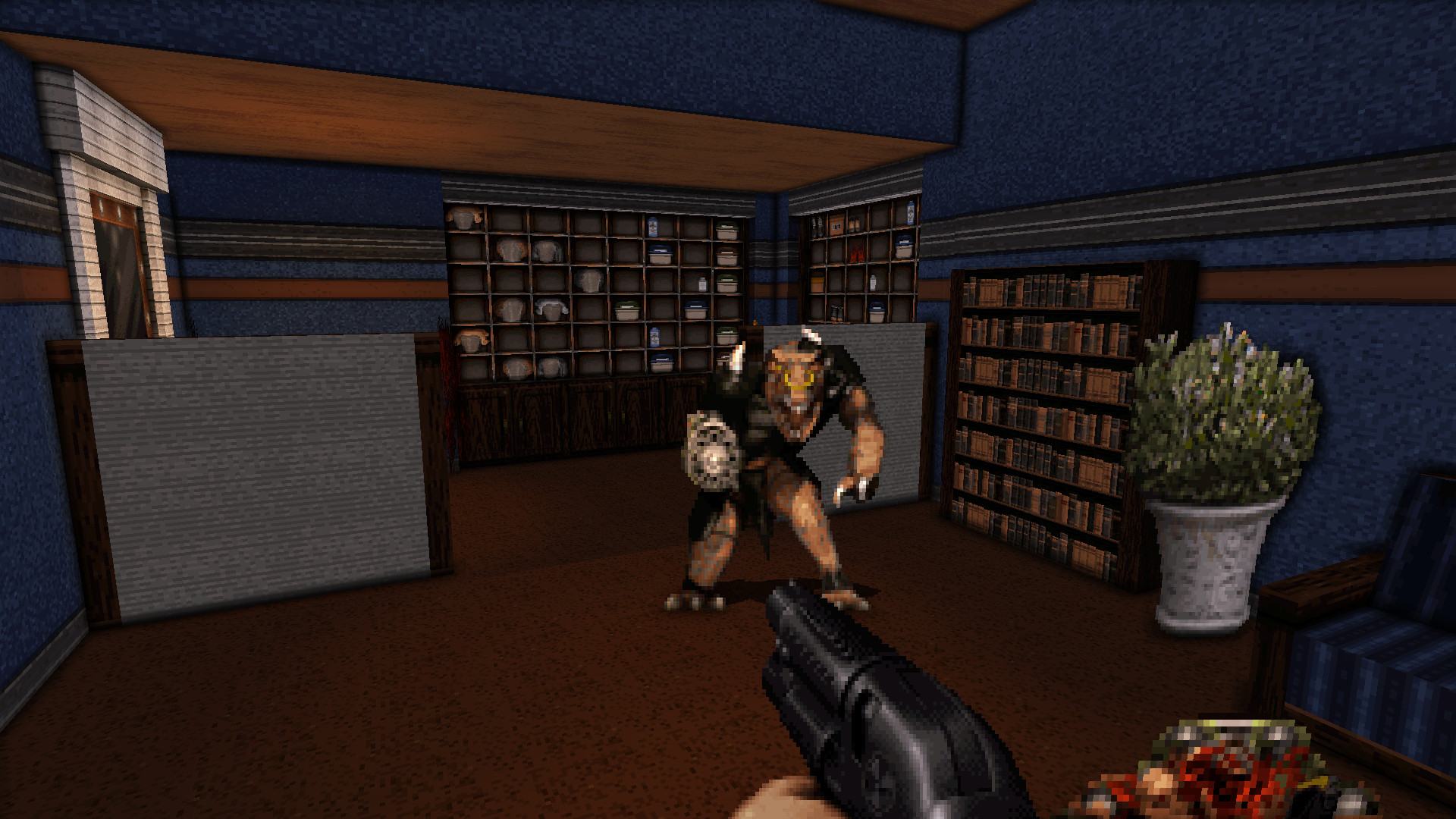 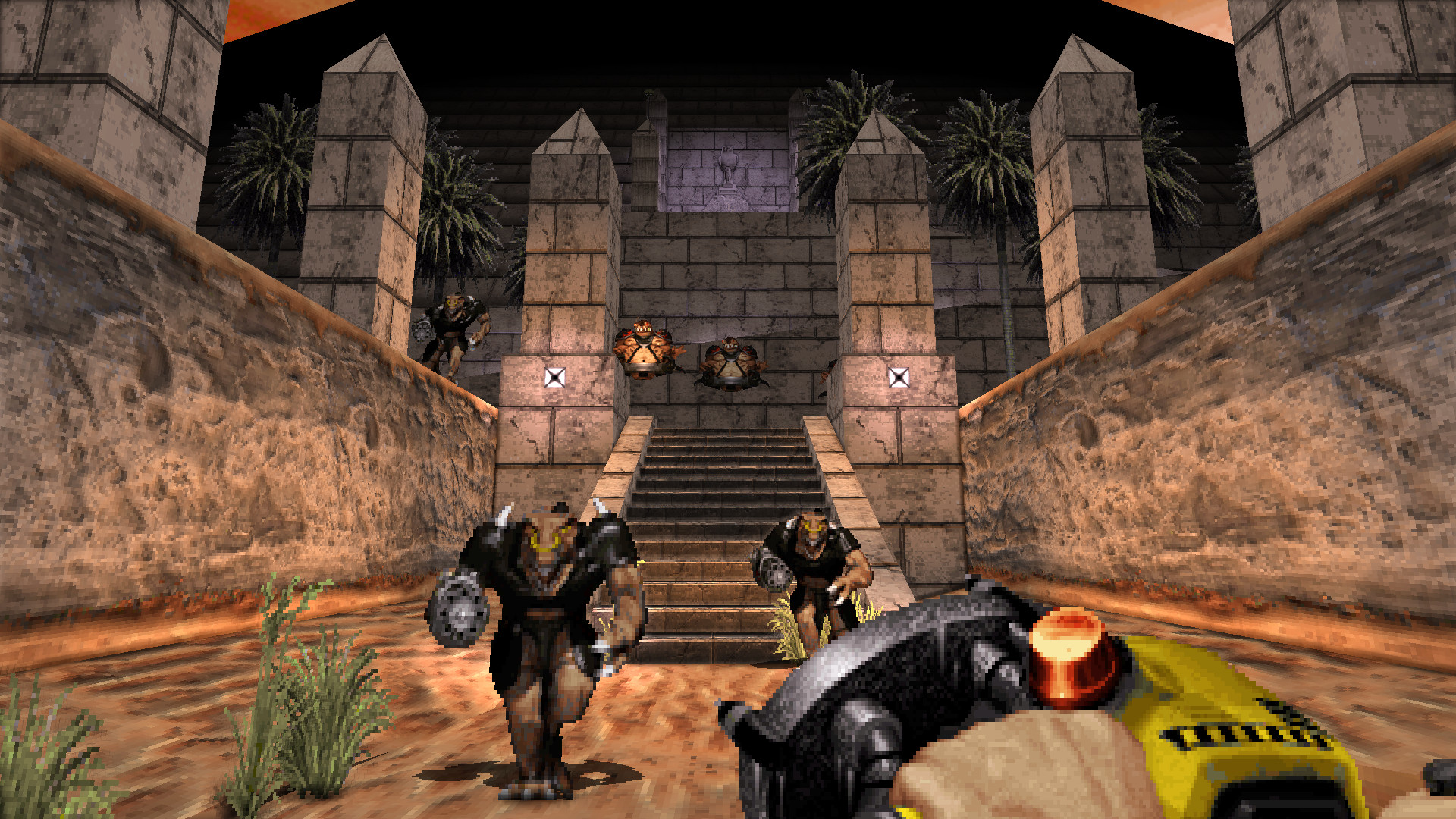 Frag like it’s 1996 – this time with even more asses to kick! Join the world’s greatest action hero in Duke Nukem 3D: 20th Anniversary World Tour as he saves Earth once again, kicking alien ass and saving babes across the globe along the way. Blast your way through hordes of ugly aliens in four classic Duke Nukem 3D episodes plus an additional ALL NEW FIFTH EPISODE from the game’s ORIGINAL EPISODE DESIGNERS with NEW MUSIC from the game’s ORIGINAL COMPOSER and NEW Duke Talk from the ORIGINAL VOICE of Duke Nukem.