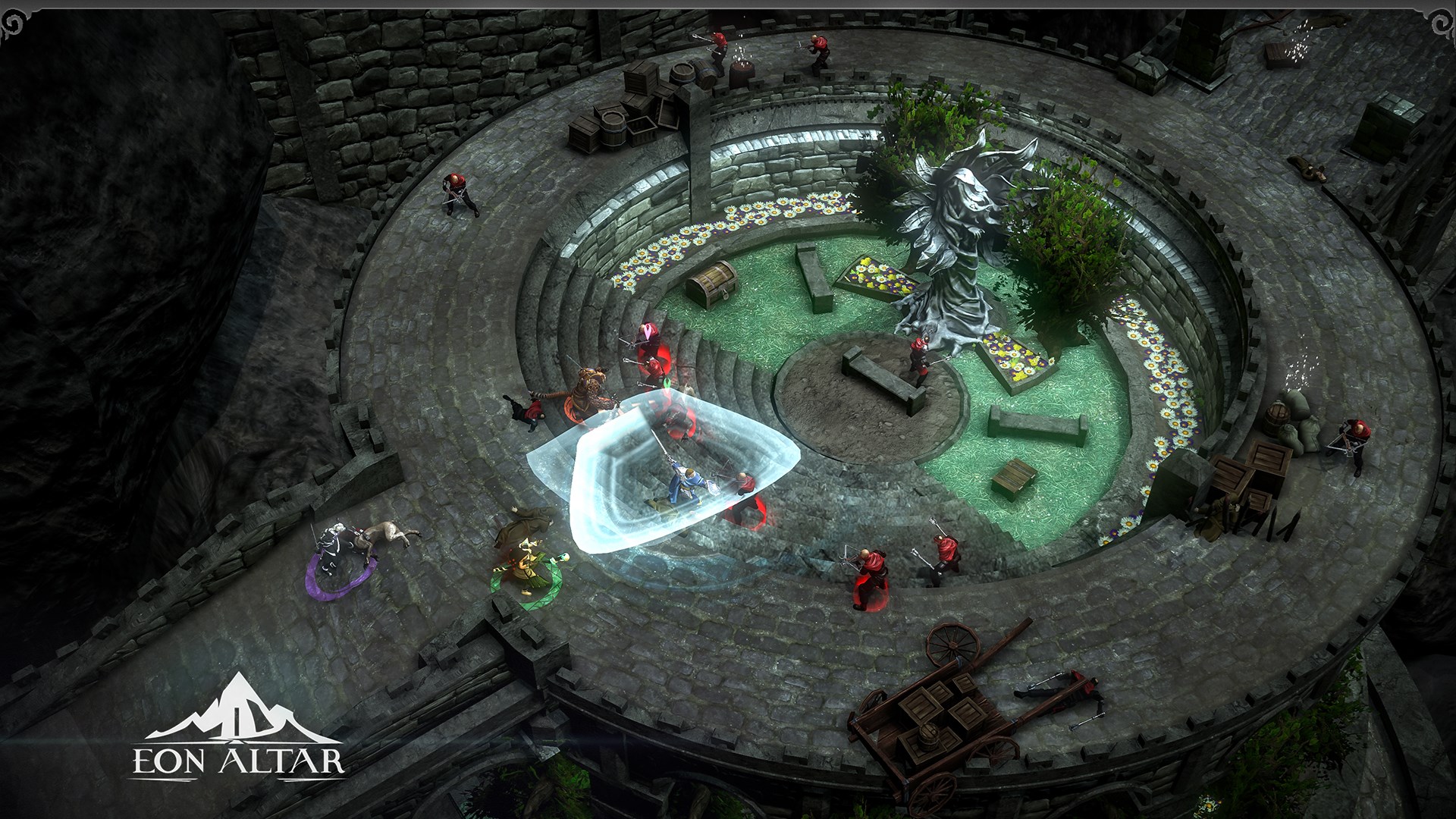 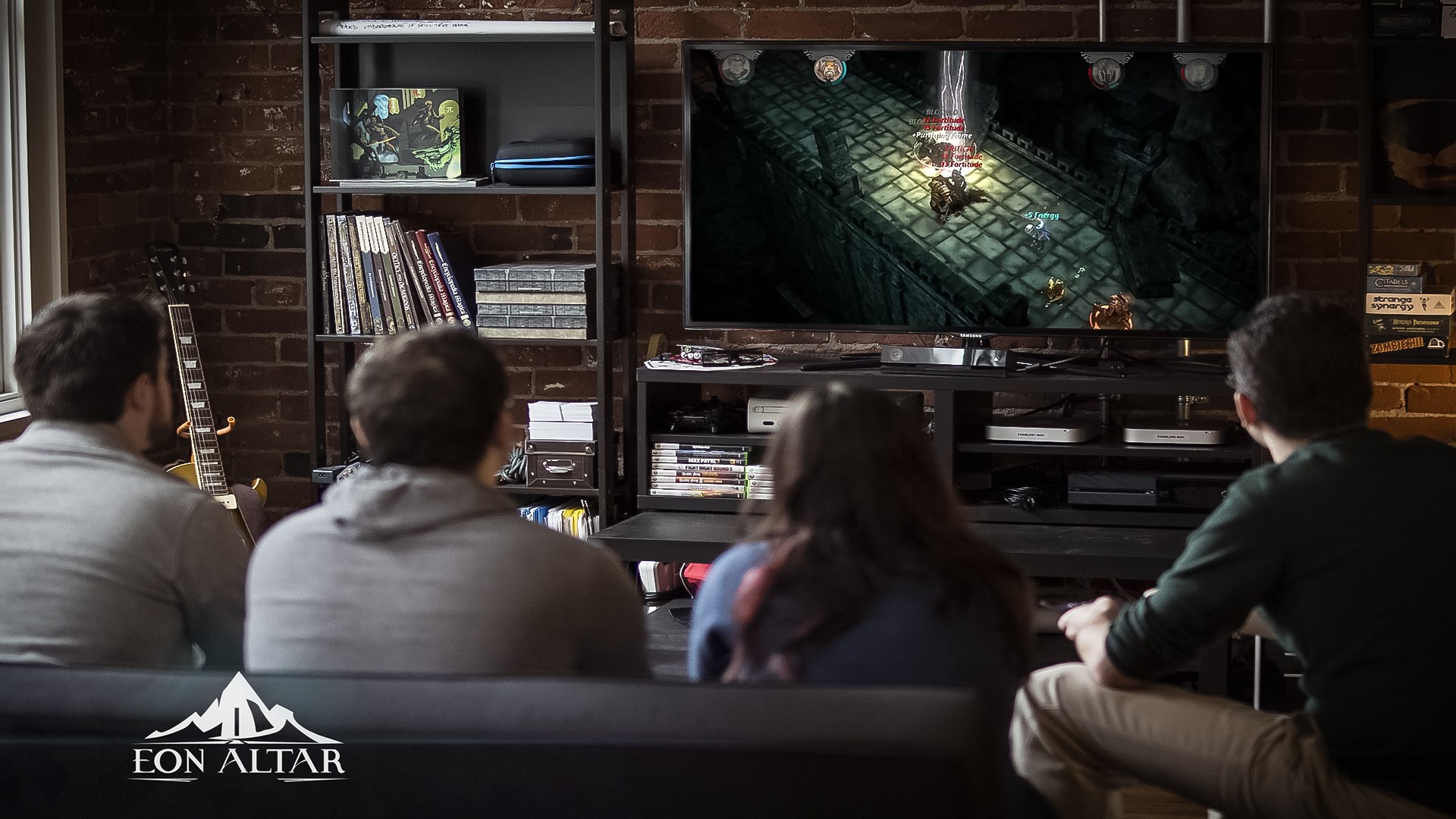 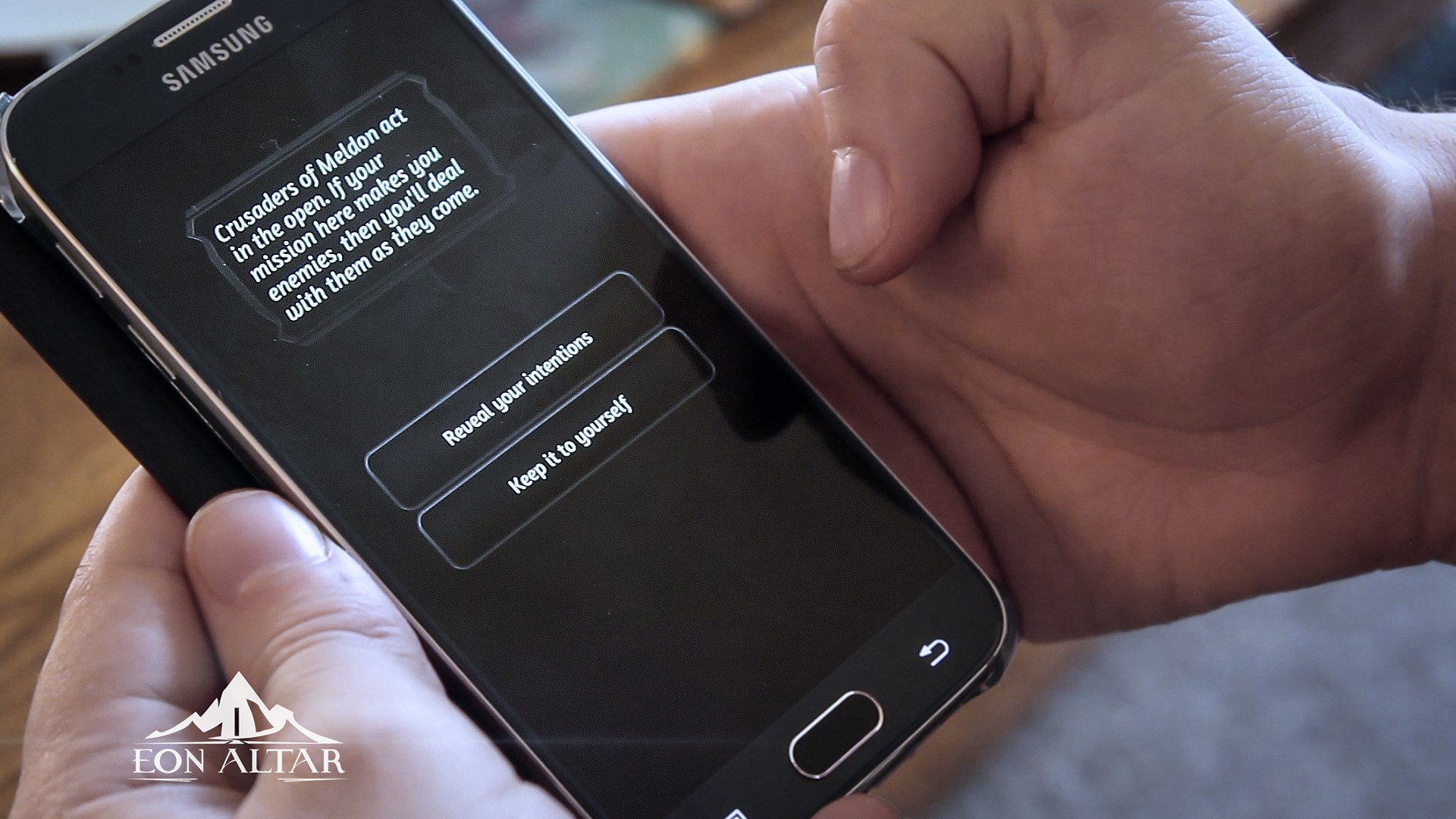 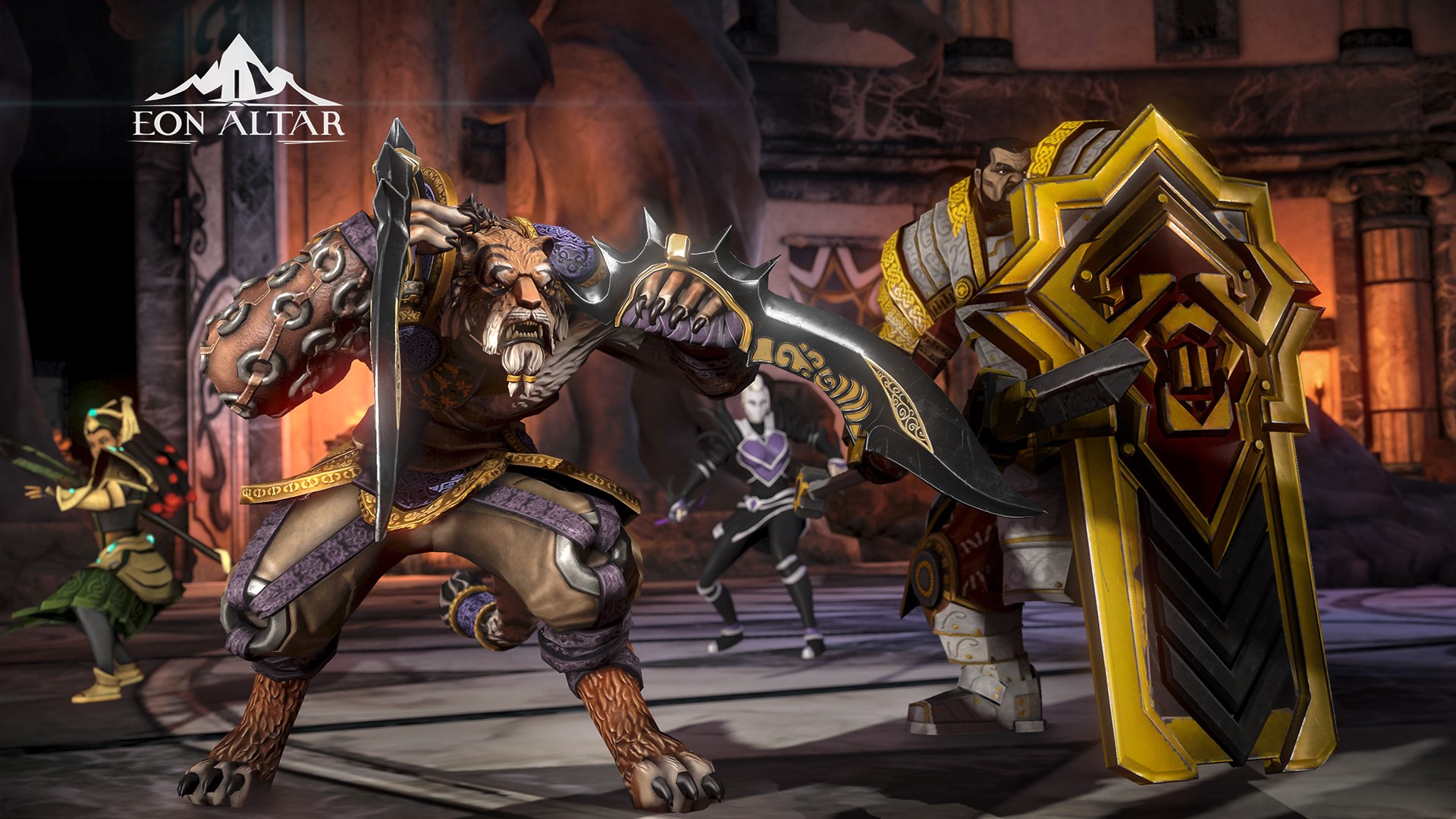 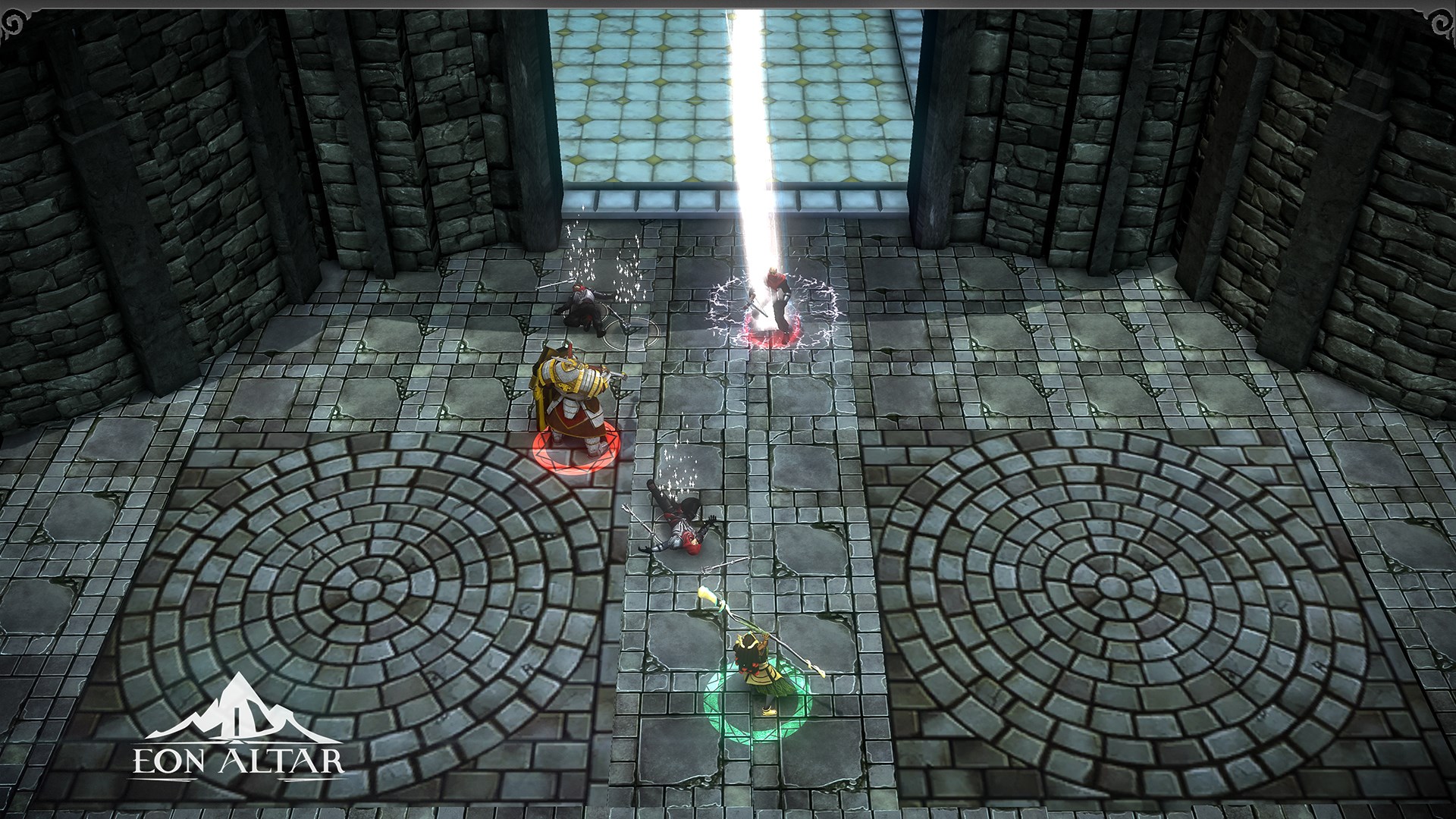 A Mobile-Enhanced Local Co-op RPG for 1-4 Players Explore the lavish dungeons and tunnels that stretch below Tarnum Fortress and conquer dozens of unique quests and challenges. Prove your worth on a tactical battlefield, and overpower your foes with strategy, magic and martial prowess. The Eon Altar’s defenders are many and they are deadly.Choose to cooperate with your allies or deceive them. Engage them in player to player dialogue to expose the truth in myths and legends, and guide your hero to their ultimate destiny or defeat.Your smartphone is your characterReceive personalized secret thoughts from your character direct to your smartphone Choose whether to share personal information with your friends or use it against them Upgrade and manage your character without interrupting other players Control the action from your smartphone with context sensitive informationCouch co-op role-playing gameConnect your mobile devices to a central platform to coordinate tactics and movement Play together with up to three friends, or play by yourself in solo mode Work with your friends, or betray them as you race to fulfill your destiny Defeat legendary enemies in exciting tactical turn-based combatAn epic story of friendship and betrayalExperience an epic quest in nine episodic installments filled with action and surprise Explore a deep, compelling, and original sword-and-sorcery fantasy world Interact with enemies, allies, and your friends by acting out your character´s lines Make impactful choices and forge your own destinyFully-realized, immersive gameplay experienceGorgeous art and atmospheric environments Intricate, ancient, and original fantasy setting NPCs are fully voice acted, but you voice your own character Epic soundtrack by composer Tom Salta, known for his work on the Halo seriesAn ancient, malevolent presence stirs within the depths of the Eon Altar, and only a small band of heroes can stop it from consuming the world. What mysterious force brought you here together? Are you strong enough to stand up to your gods?