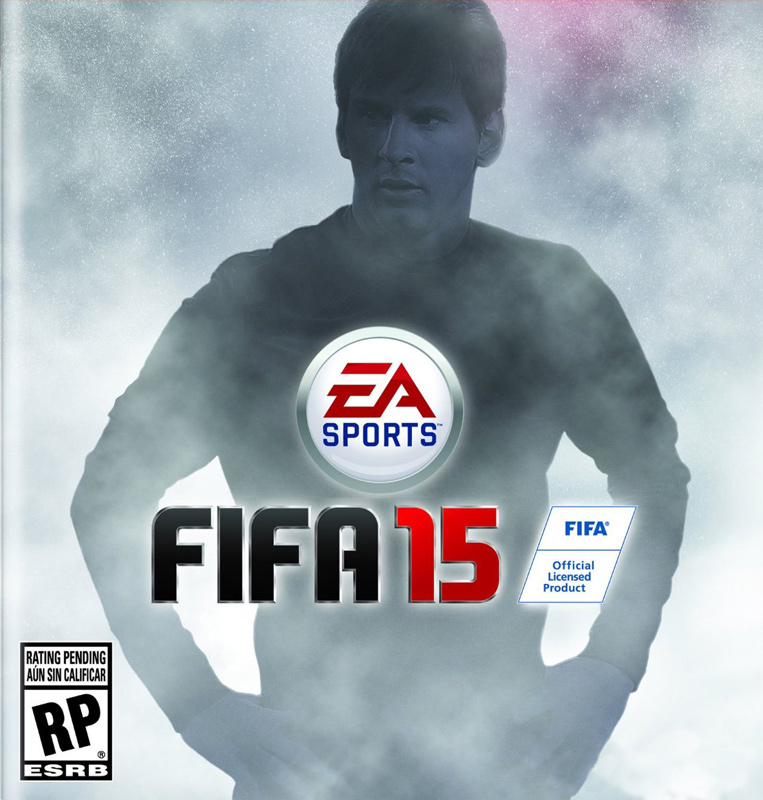 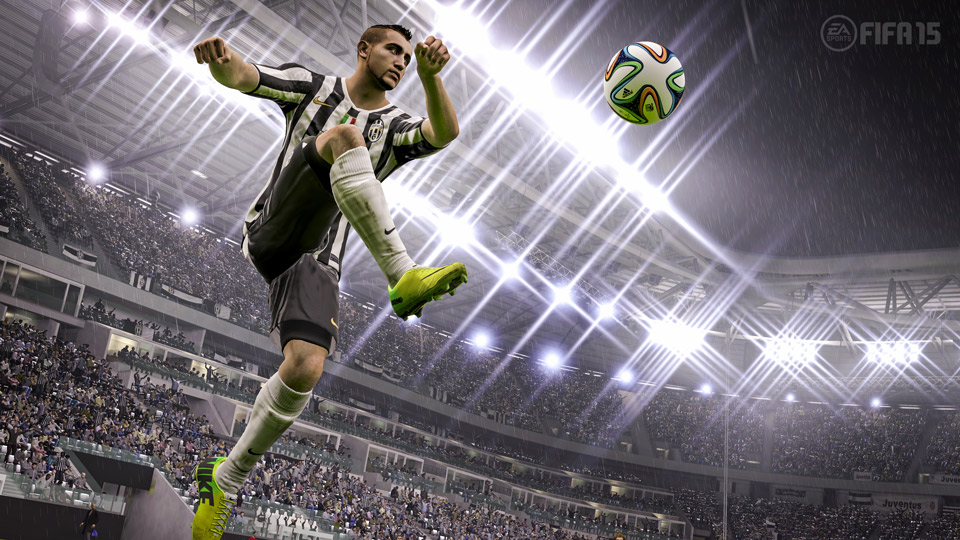 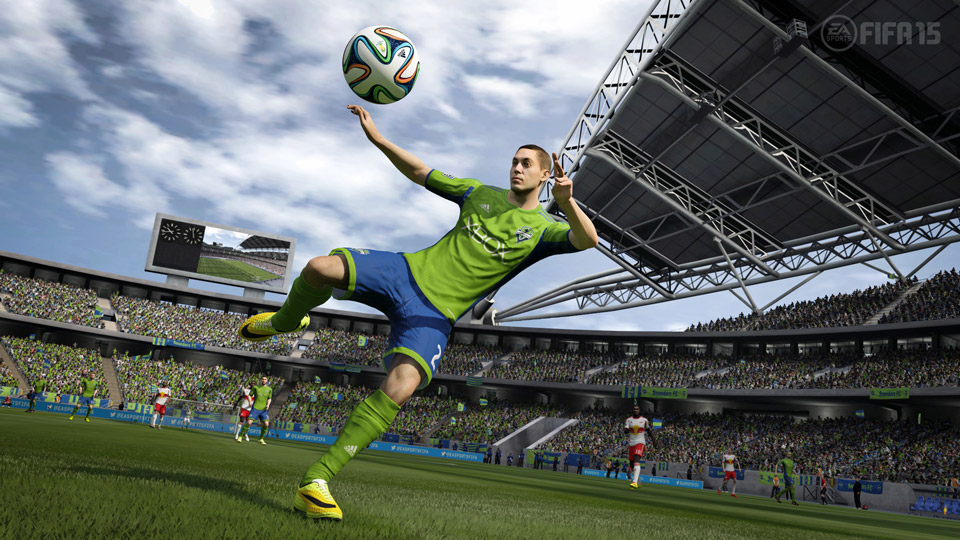 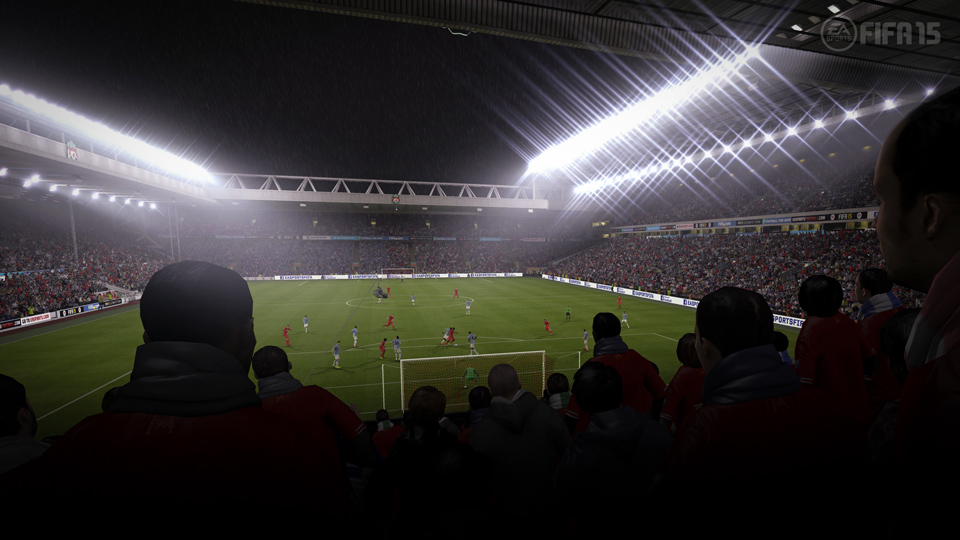 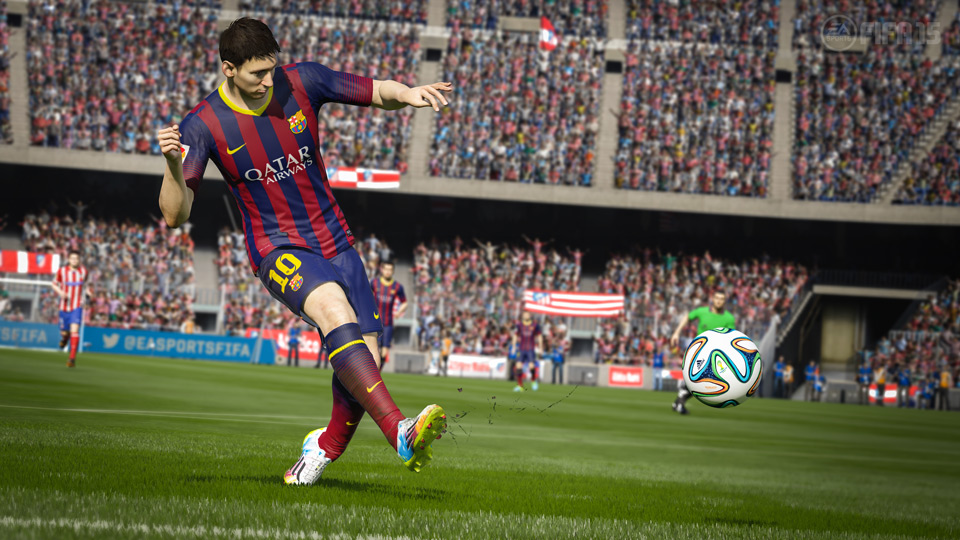 By acquiring FIFA 15 you will receive a license activation key instantly after payment in your account http://www.oplata.info

FIFA 15 raises the realism of virtual football to new heights, so fans of the game can be fully relive the tension and intensity of emotions favorite sport. For the first time in the history of the franchise all 22 players are connected to a system of "Emotional Intelligence" - they will be able to react to the actions of competitors and their companions, depending on what is happening at the moment on the field. The visual effects of the new generation allow much detail to reproduce the situation on the field with ´Live football field "- you will see how trampled grass and istaptyvaetsya during the match. Also, you will notice that a dirt-gear now. The control system will allow players to control the players more confidence, improve their movement, to do battle for the ball more entertaining and exciting. Football - a game full of tension and drama, and FIFA 15 allows football fans to immerse your head in the emotions and the atmosphere of the greatest sport on the planet.


• What is FIFA Ultimate Team?

EA SPORTS FIFA 15 Ultimate Team - this vast online community of football fans who collect in their clubs the best players in the world, run these clubs and compete with others in FIFA 15. Join more than 11 million of the same passion for soccer fans, just like you and collect in your club the best players in the world, earning, buying, selling and exchanging players in the community Ultimate Team. Play with the team of your dreams, expose it in matches against teams of their friends. Collect several compositions for participation in online competitions or individual single-player tournaments which are dynamically updated each week.


• What is the "Golden set» FIFA Ultimate Team?

Each "Golden set" you will find a pleasant surprise. Among the 12 subjects will be players, contracts, stadiums, managers, additional personnel, strengthening the physical characteristics of the player, treatment, balls, football shape, logos and styles of interaction. In the "Golden Set" consists of players to the game rating not less than 75 and a rare thing. Rare items - it improve the performance, longer contracts and the most coveted players.


This item can be distributed via digital distribution, is a only a pin code, and does not contain the packages and boxes.


!!!ATTENTION!!! Every third client (in random order) left a positive review after purchasing the game, will get at your Email address used during the purchase of goods, the individual activation key gift Steam games. As a gift you get one of the over 30 different games to Steam. The distribution of keys within 48 hours excluding weekend days from the moment of writing the review.


ATTENTION: the Given key to activate on Origin.

========== To start playing you need: ==========
1. Download and install the Origin client. ( http://www.origin.com/download )
2. Start Origin.
3. Select the interface language and the place where you installed the game.
4. Go to Origin-Redeem product code".
5. Enter the key you received after payment.
6. After activating the game tab will appear with your profile and the list of activated games.
7. Select FIFA 14 and press "Start".
8. Download and install the game.