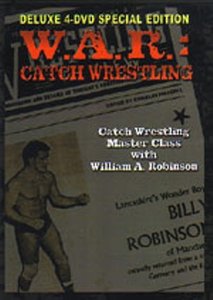 WAR: Catch Wrestling System - video on perhaps the most Western (or rather - the US) in the world of Martial Arts - ketch fighting system. Ironically, many of the name immediately calls Ketch picture burly men, breaking each other for fun in the amusement of the audience. However, this ketch was born in the wilds of North America in the nineteenth century is not for show - it was quite a dangerous mix of wrestling and boxing techniques and intended for active defense in any situation in the environment. So in this video you will see how well the technology can be used to combat Ketch in the real world, and at the same time in mixed MMA fights, especially the fight on the ground. Shown here technology will allow to diversify any exercise - unless of course you´re realistic enough to recognize - Ketch really works!