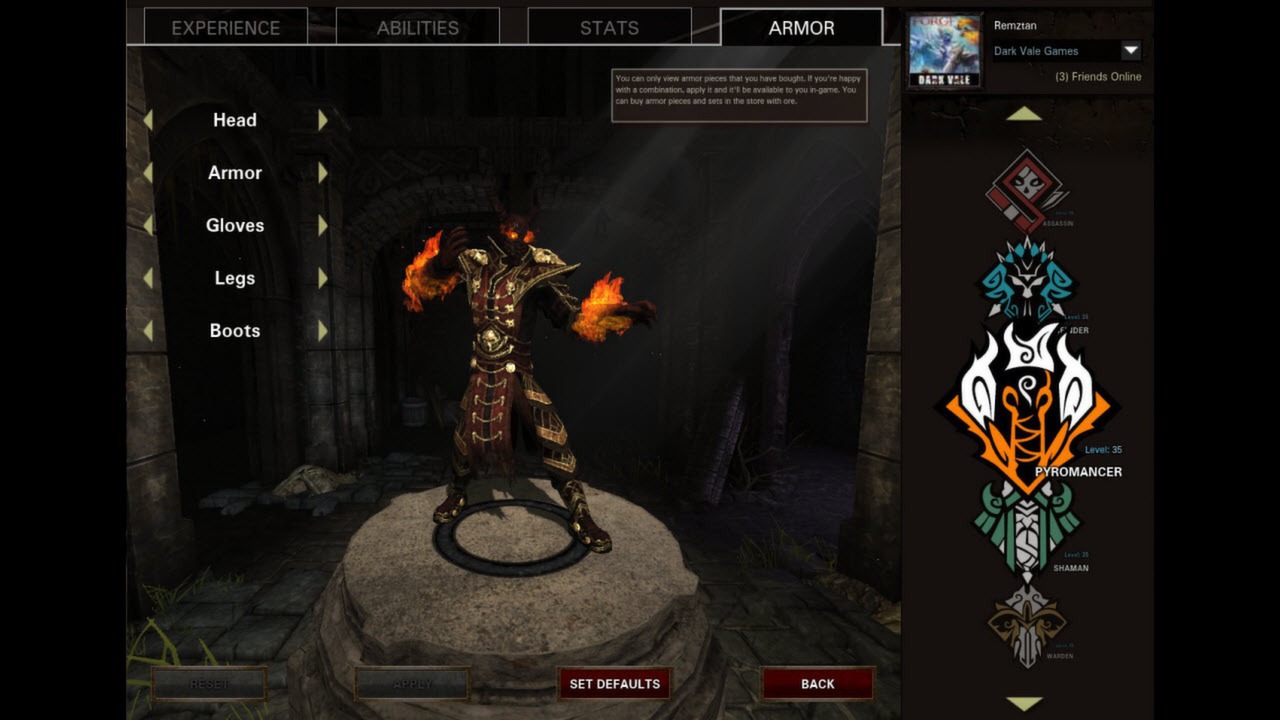 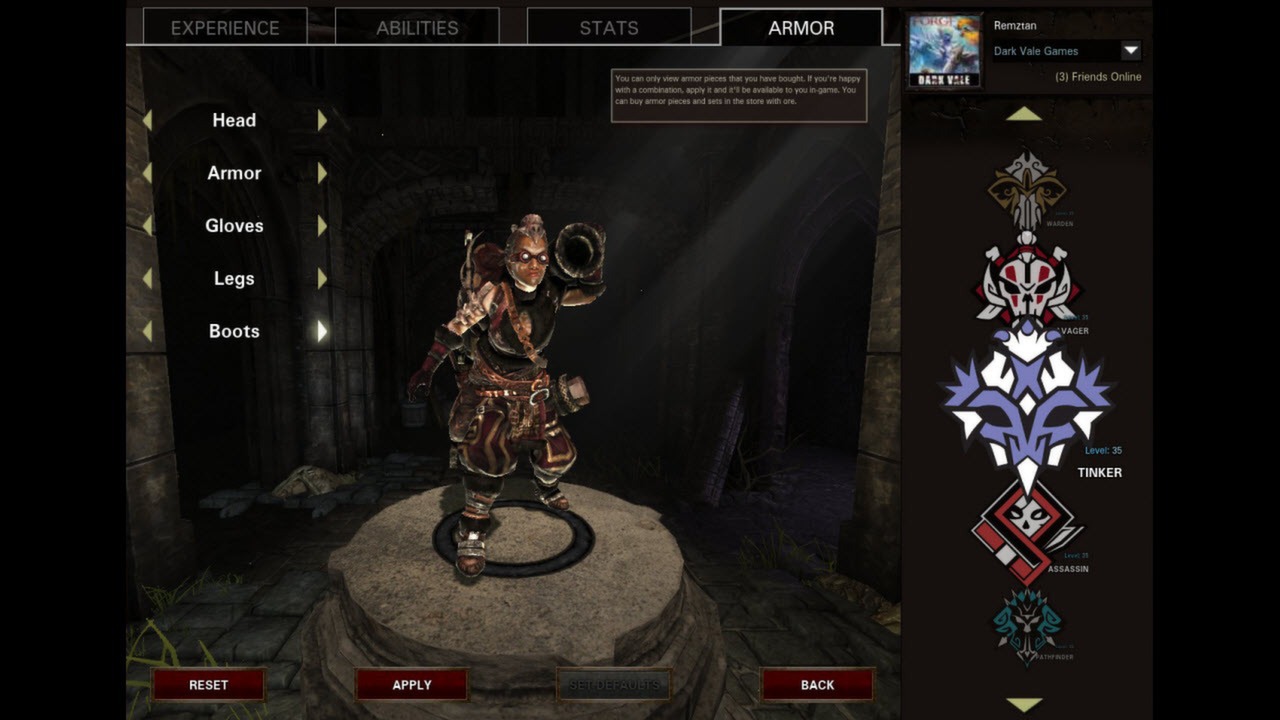 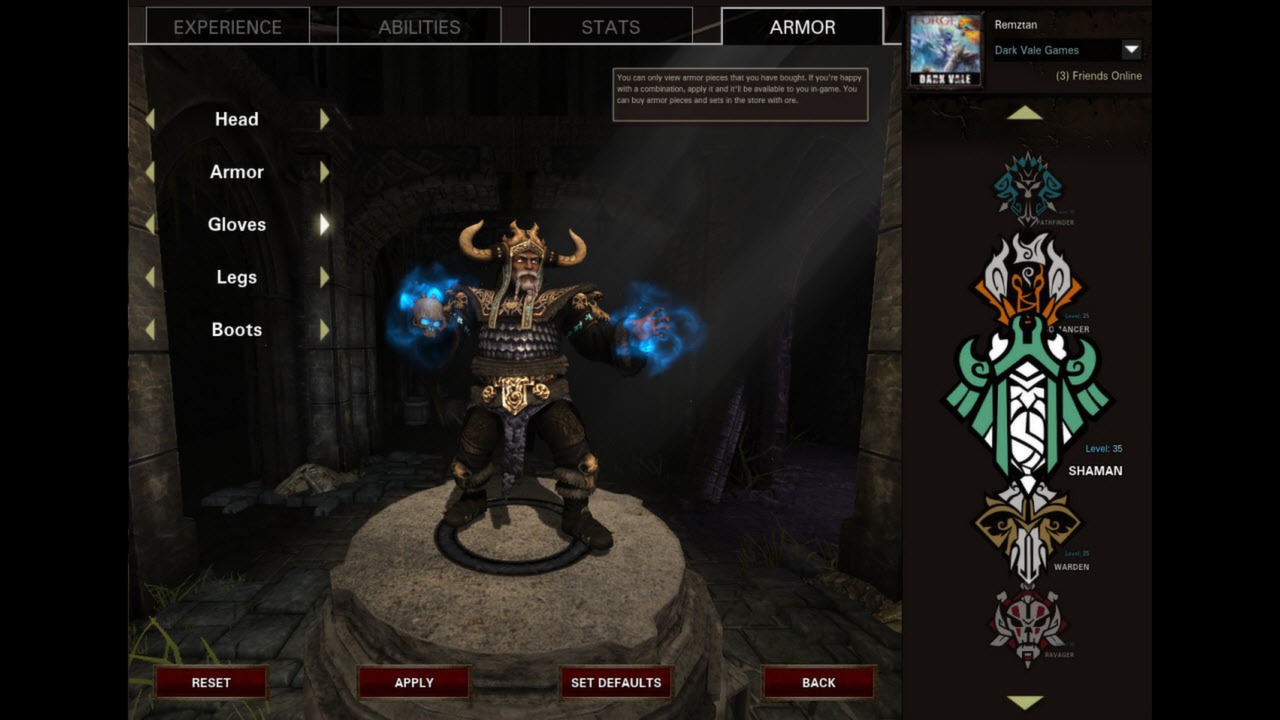 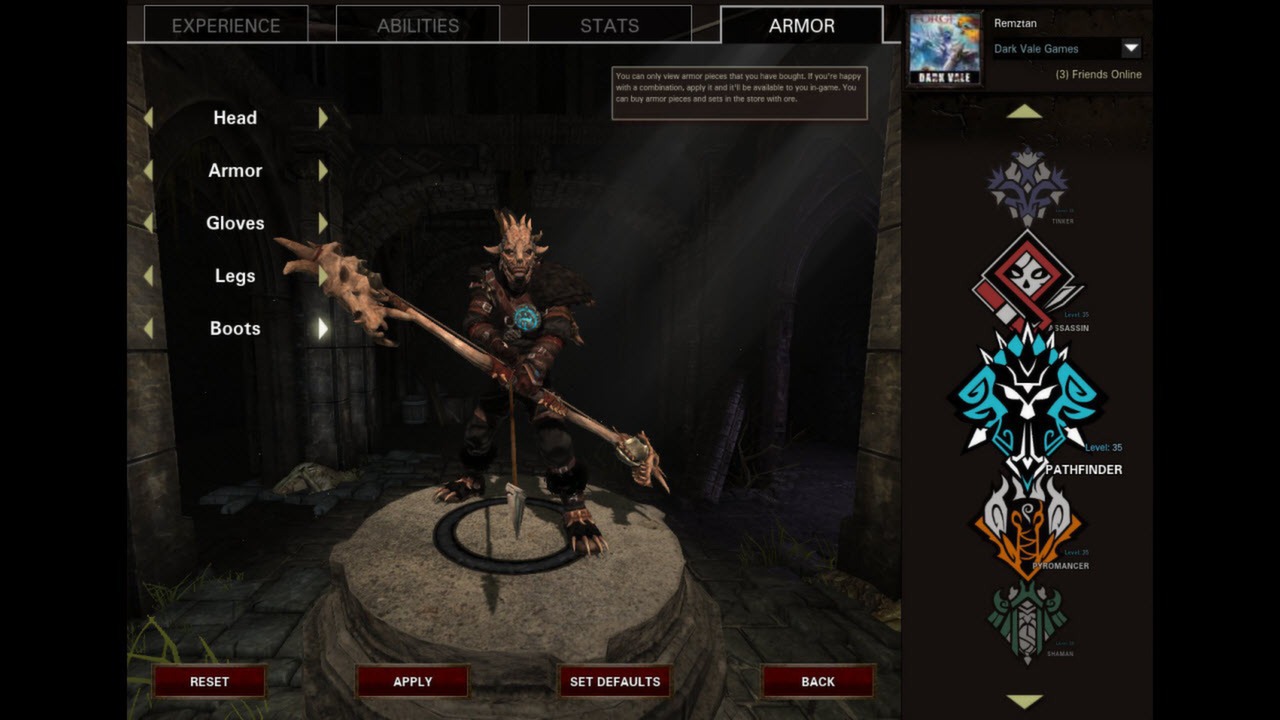 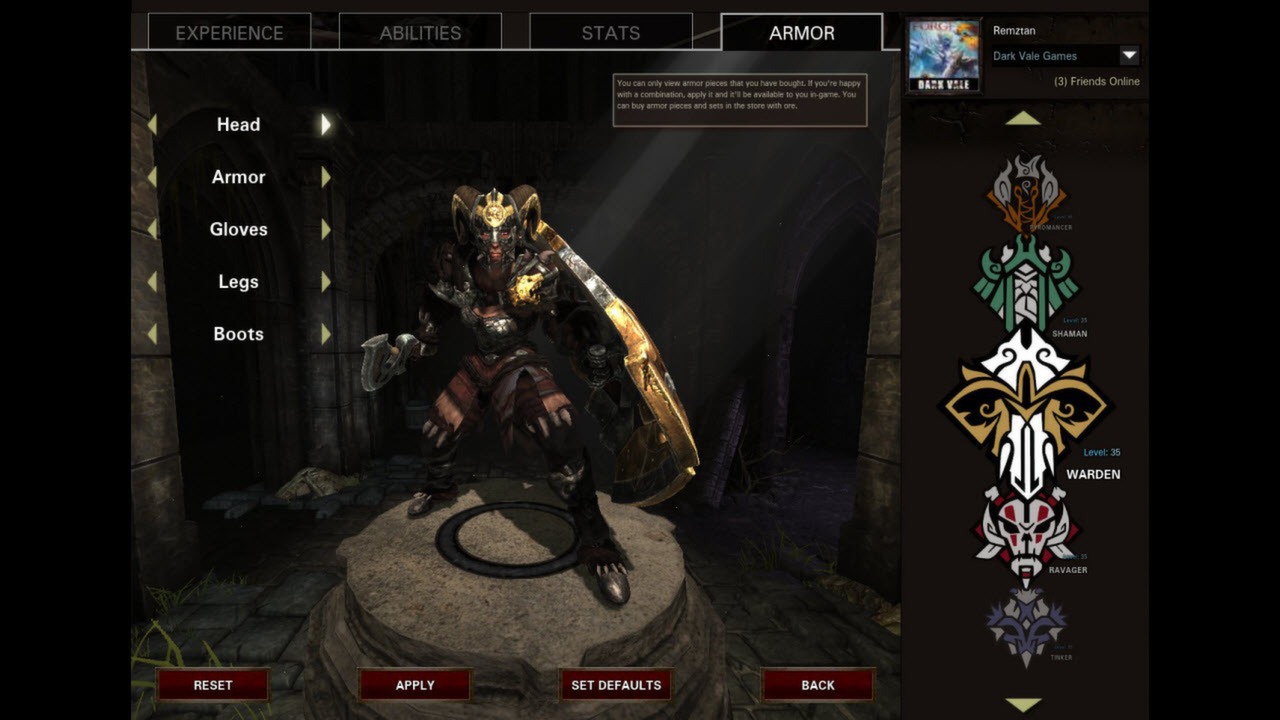 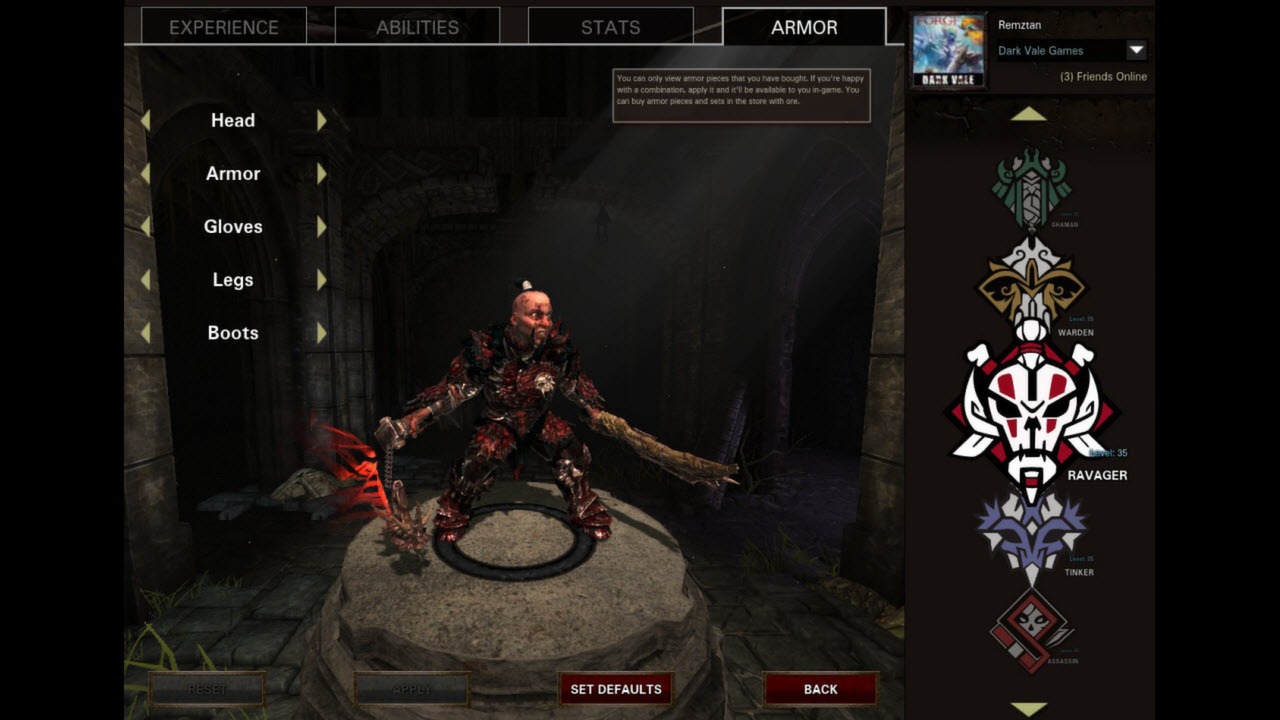 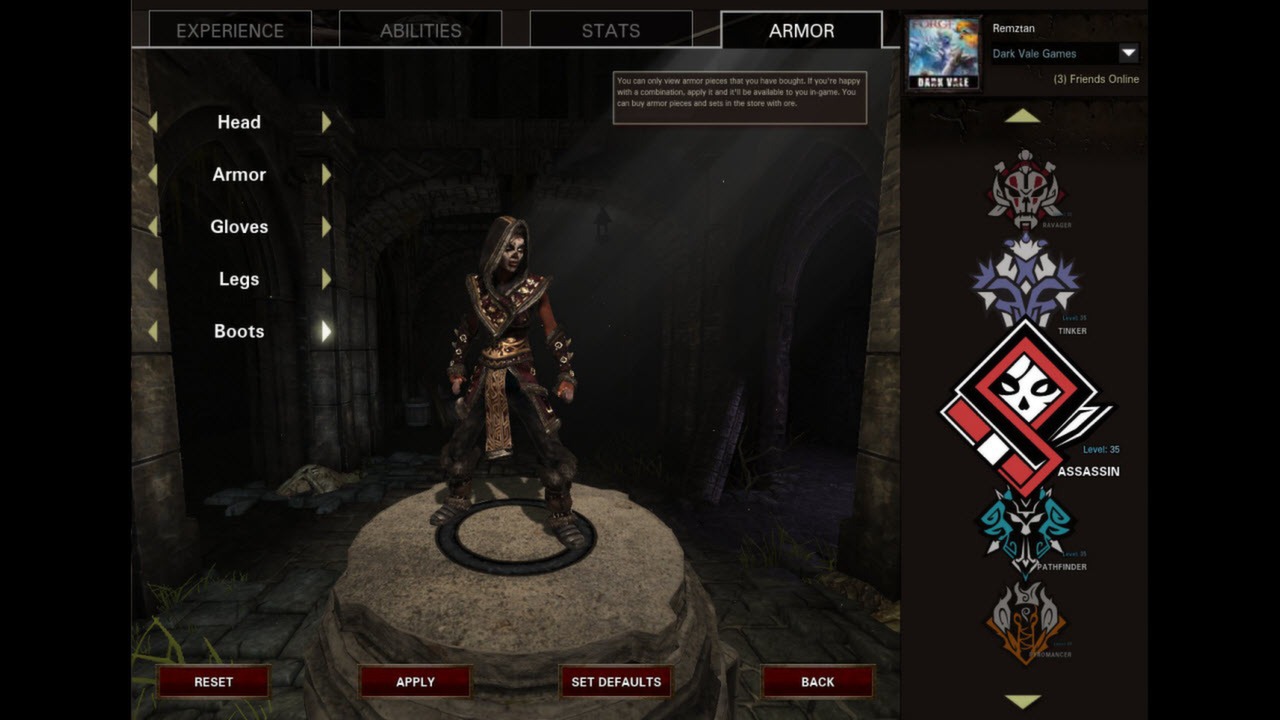 Use the Starter Pack to get a head start in Forge with a 2x XP boost and show your foes that you are a real champion by wearing the legendary Shadow Armor!

The Vaklndr forged the Shadow Armor deep in the darkness of the Devourer’s dwelling. It is stained with the same shadows the Devourer casts. The armor’s outside is lined with coal from the mines of Mitgarde, found deep within the earth, providing extra protection against attacks. In addition to carrying the shadows of its origins, this armor is perfect camouflage for stealth attacks at night or slipping in and out of rocky terrain during the daytime.

This pack includes:
★ 2x XP boost for 30 days after you purchase the pack
★ The legendary Shadow Armor for all character classes