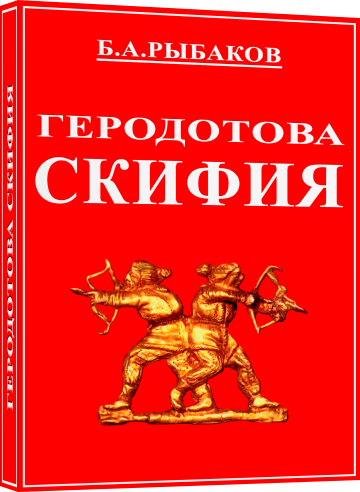 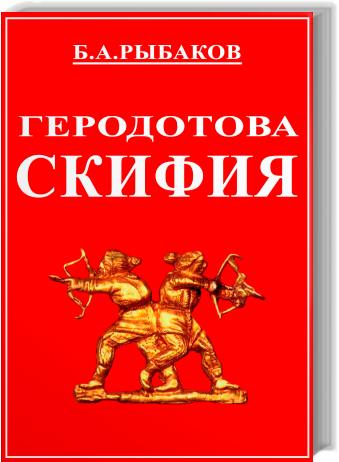 Sold: 0
Uploaded: 18.02.2016
Content: text 43 symbols
Loyalty discount! If the total amount of your purchases from the seller Мастер Yoda more than:
If you want to know your discount rate, please provide your email:

The book analyzes the data of the Greek geographer and historian Herodotus (V in. BC) the tribes who lived in Eastern Europe in the I millennium BC Based on the latest archaeological data, the famous Soviet scientist, Academician BA Rybakov confirms the authenticity of Herodotus or revises, sets the travel route of the Greek geographer, reveals the content of legends recorded by Herodotus, restores the trekking route Darius Hystaspes in Scythia. Based on the latest archaeological discoveries compiled ethno-geographical map of Scythia.

Boris Rybakov (21 May (June 3), 1908, Moscow - 27 December 2001, ibid) - Russia and the Soviet archaeologist, researcher of Slavic culture and history of ancient Russia. Academician (1991; a full member of the Academy of Sciences of the USSR since 1958). Hero of Socialist Labor (1978). One of the most influential figures of the Soviet historiography.

Born in the Russian Old Believer family. He received a good education at home, in 1917 at the age of nine he was sent to a private school. Since 1921 he lived with his mother in Moscow, Pottery settlement at the orphanage building "Labor family". In 1924 he graduated from the school stage II, in 1926 entered the historical-ethnological department of the Moscow State University, from which he graduated in 1930, specialty "historian-archaeologist". University teachers Rybakov were academician V. Gauthier, Professor SV Bakhrushin and VA Gorodtsov. He worked in the Alexander Museum of Local History and Archives of the October Revolution in Moscow, then in six months he served in the Red Army as a cadet in the artillery regiment of the 1st Division in Moscow (horse intelligence officer).

In 1931 he became a senior fellow at the State Historical Museum. In the 1936-1940 and 1943-1950 years - Senior Researcher GAIMK (Institute of History of Material Culture, Academy of Sciences of the USSR). Candidate of Historical Sciences (1939, degree awarded for monographic study "Radimichi").

In the course of many years of work on the collections of the museum Rybakov prepared a fundamental work "Craft of Ancient Rus´, protected in 1942 as a doctoral thesis at the evacuation in Ashkhabad, in 1948 published a separate edition, and in 1949 was awarded the Stalin Prize. Head of Department of early feudalism GIM (1943-1948) and the Institute of Ethnography of the sector (1944-1946). In the late 1940s - early 1950s, he participated in the campaign against "rootless cosmopolitans", published in scientific journals a number of articles on the role of Jews and Judaism in the history of the Khazar Khanate. In the 1940s, he led the archaeological practice in the History Department MOPI (now the Moscow State Open University). In 1951 he joined the CPSU (b).

Dean of the Faculty of History (1950-1952), Vice-Rector (1952-1954), Moscow State University. In the years 1951-1974 - Head of the sector in the years 1956-1987 - Director, since 1988 - an honorary director of the Institute of History of Material Culture (archeology), Academy of Sciences of the USSR; at the same time - the director of the Institute of History of the USSR (1968-1970). In 1962-1969 years - Chairman of the Scientific Council on the coordination of activities in the field of Slavic Studies of the USSR Academy of Sciences, since 1966 - Chairman of the Museum Council at the Presidium of the USSR. He was a member of the National Bureau of Soviet historians Committee and the Executive Committee of the International Union of prehistoric and proto Sciences (since 1958), member of the International Slavic Committee (since 1963), co-chairman of the commission of historians of the USSR and Poland; since 1946 he has represented the Soviet historical science at the International Congress. Since 1958 - president of the society "of the USSR - Greece".

Rybakov died December 27, 2001. He was buried in Moscow on Troekurov cemetery.