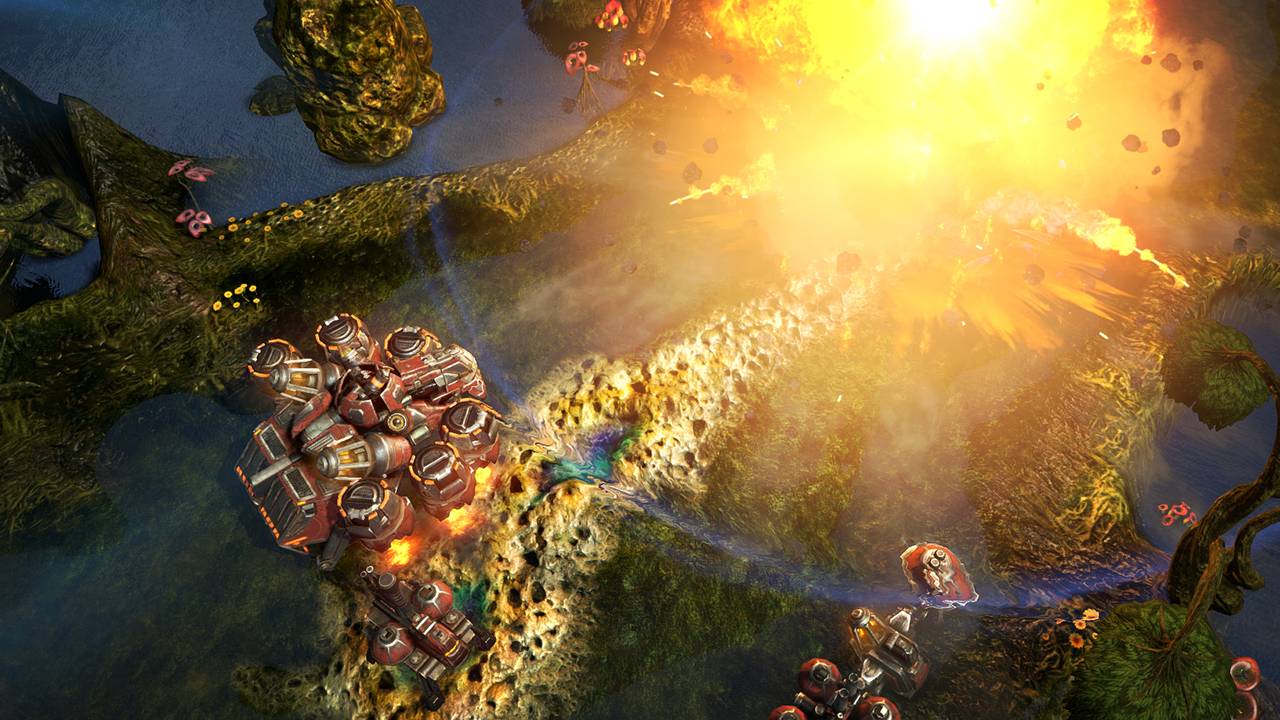 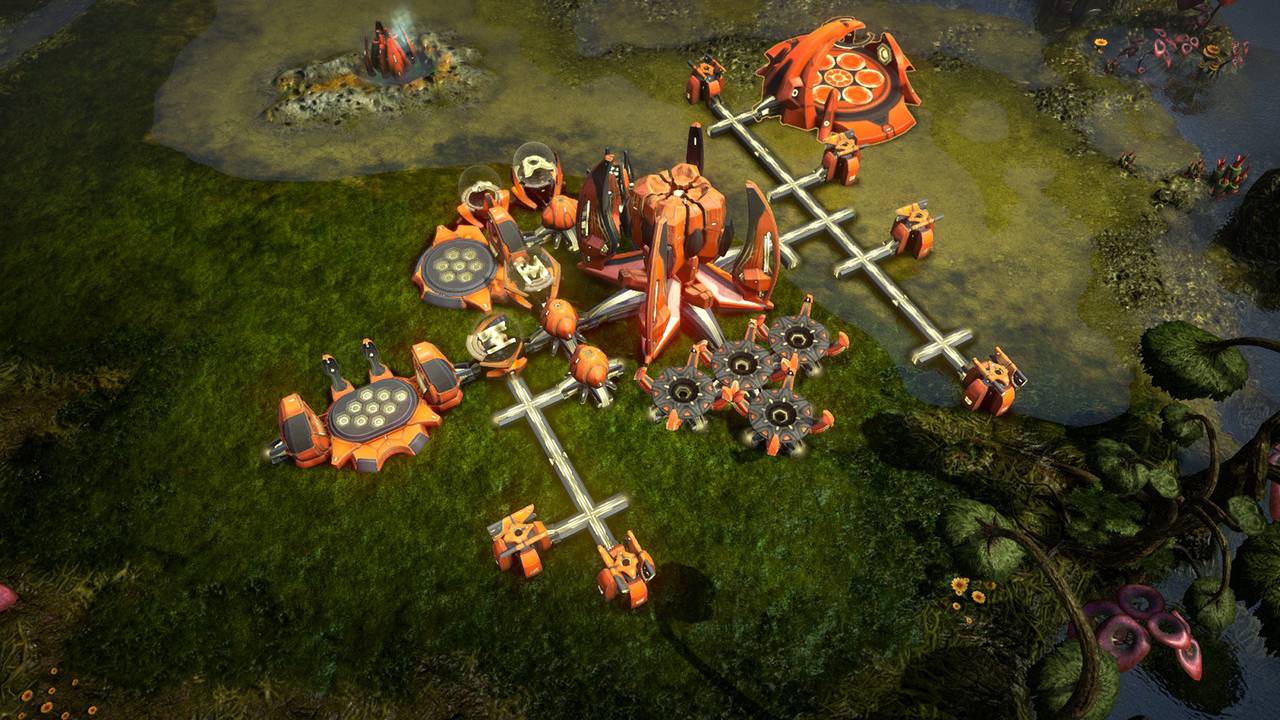 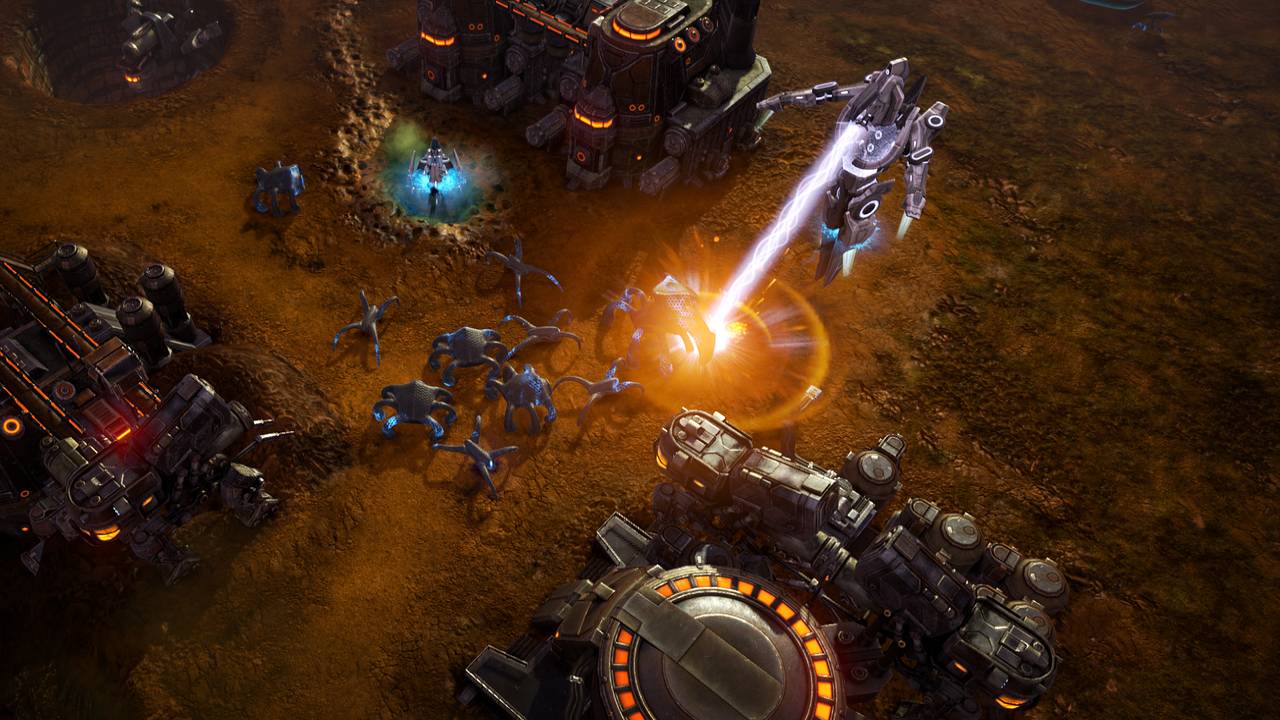 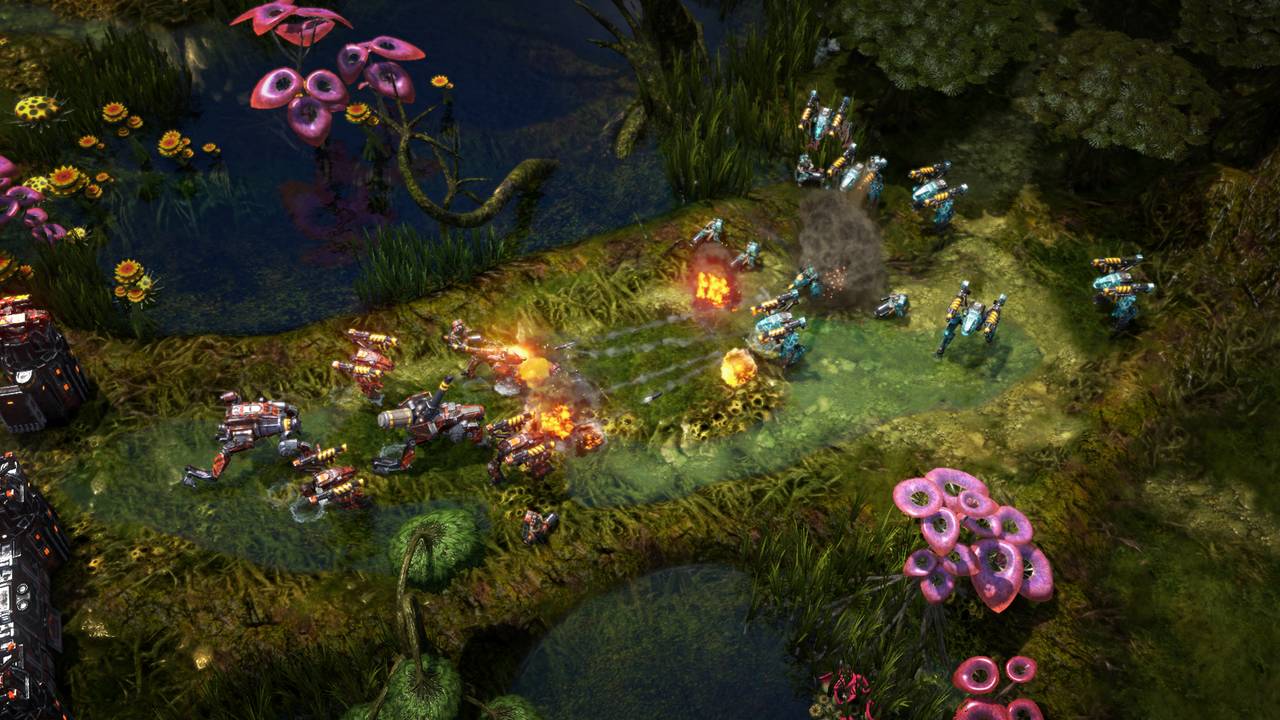 By carrying out a pre-order Grey Goo: War is Evolving you get the license key activation on the day of the official release of the game, in a private office http://www.oplata.info

►Opisanie game: ◄
Centuries passed c since mankind first left Earth. All forms of life in the Milky Way evolved and are in the world. But there was a mutation. And now the mysterious body sent to the surface of the resource-rich planet called Ecosystem 9 in order to absorb everything in its path ...

Real-time strategy Grey Goo embodies the classic mechanics of the genre, offers a balanced combat system and focuses on the adoption of important decisions affecting its scale. You have to take command of one of three dissimilar races, go to the front lines of the struggle for survival and ultimately to control Ecosystem 9.

►Osobennosti game: ◄
• Select the side that is most suitable for your style of play: humanity, succeeding in creating a protective structures, Beta - proud and well adapted race of aliens or Goo - mysterious and highly mobile form of life.
• Learn more about the conflict on ecosystems 9 thanks exciting story campaign.
• Keep a battle on Steam with an equal opponent using the system Shrink matches with the level of players.
• Change the rules on the battlefield, making technical improvements troops.
• clumping incredible destructive power, creating powerful weapons to ensure victory in battle.
• Fight alone against the AI, with friends in a local network or with players around the world in the vast online spaces.
• Create custom fields for future historic battles in the map editor Grey Goo and share them in the Workshop Steam.