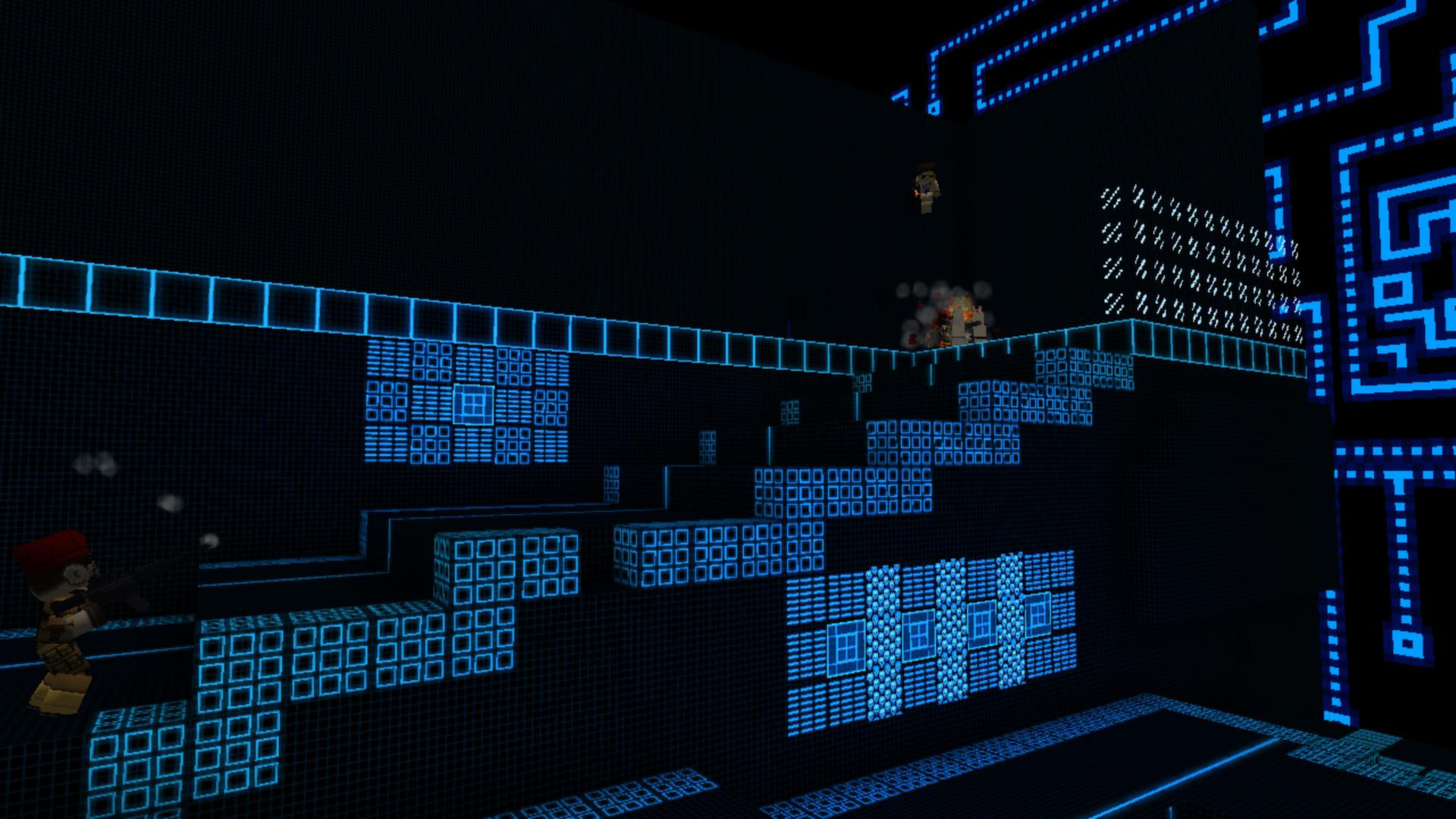 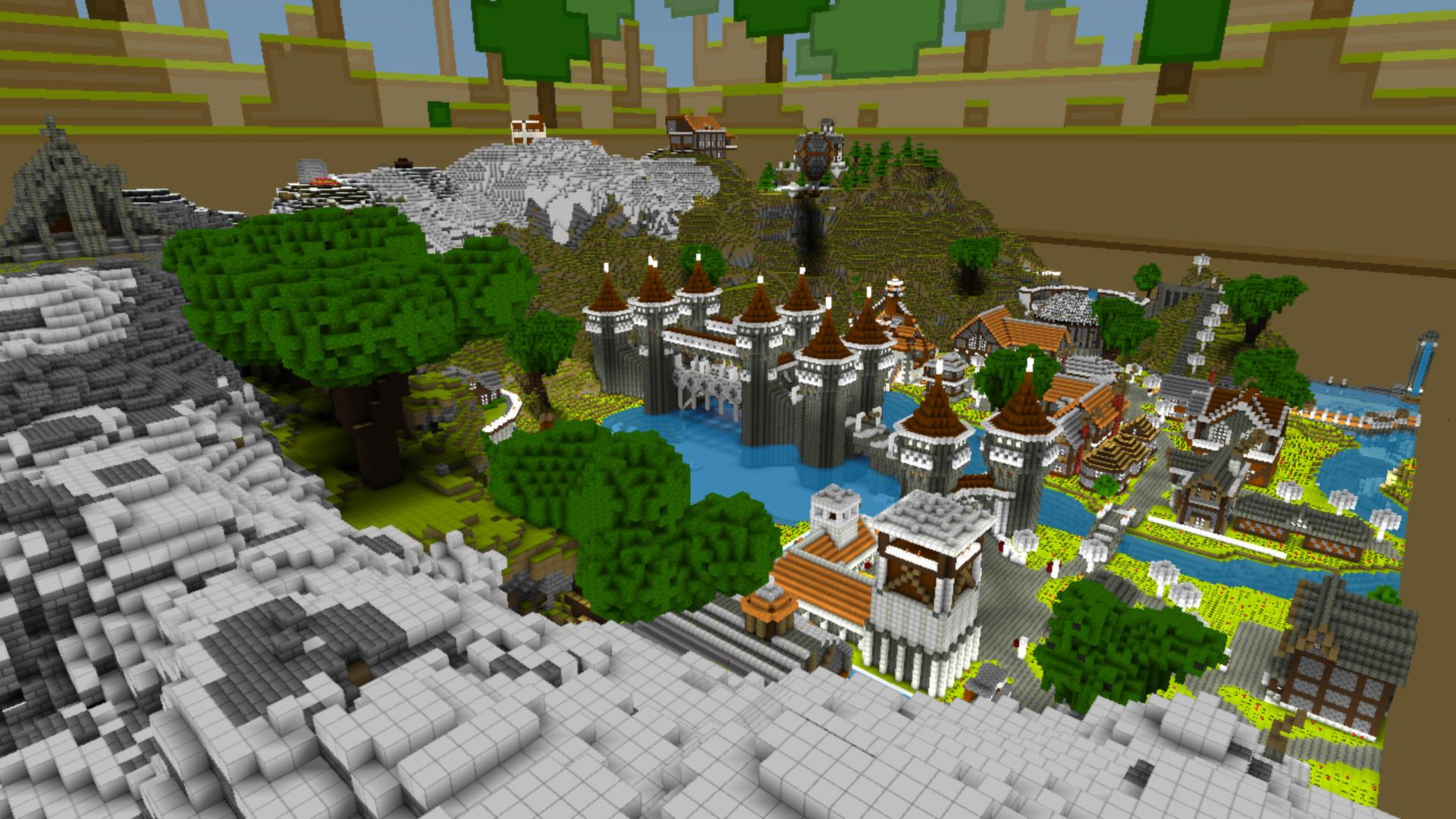 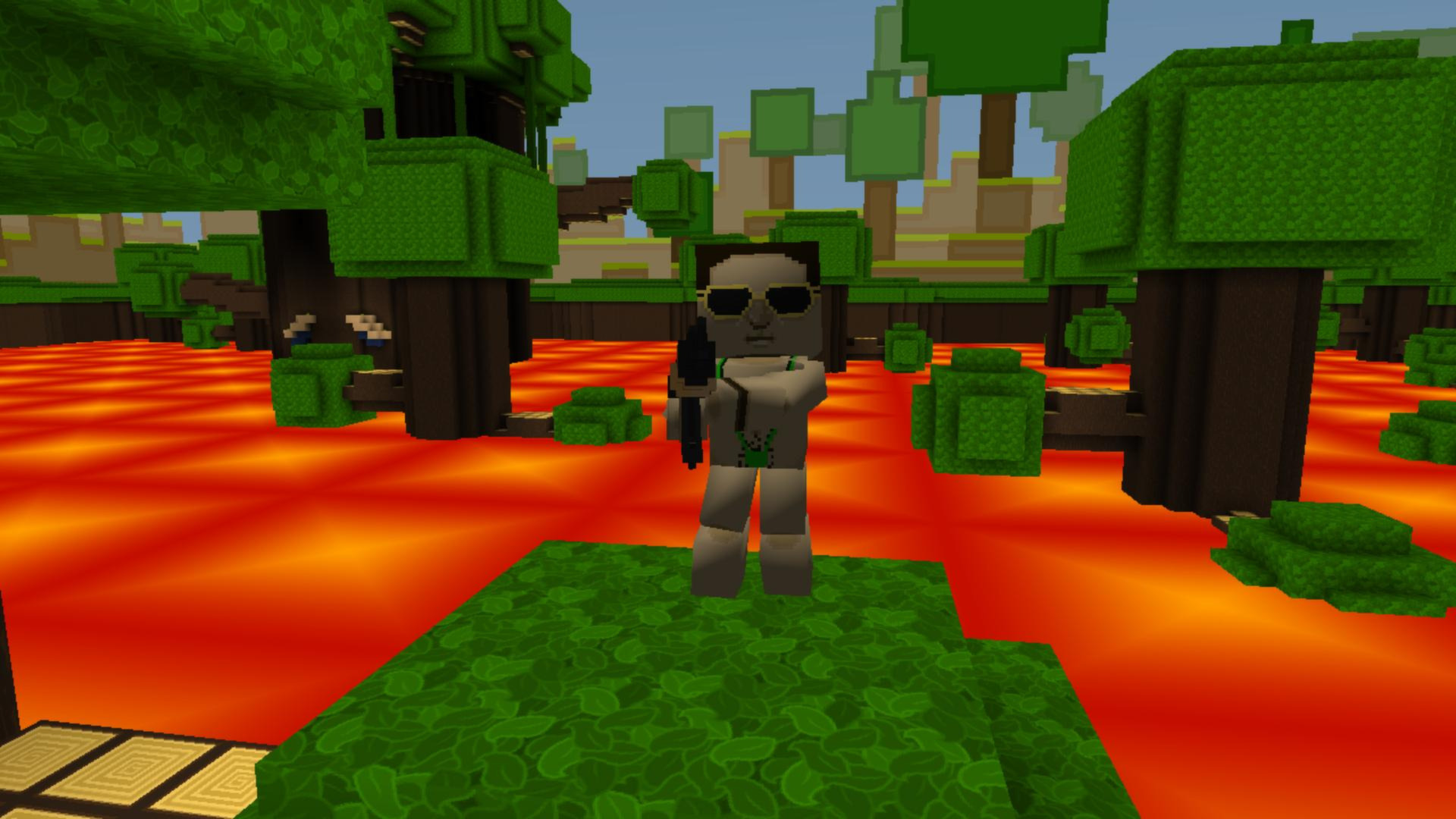 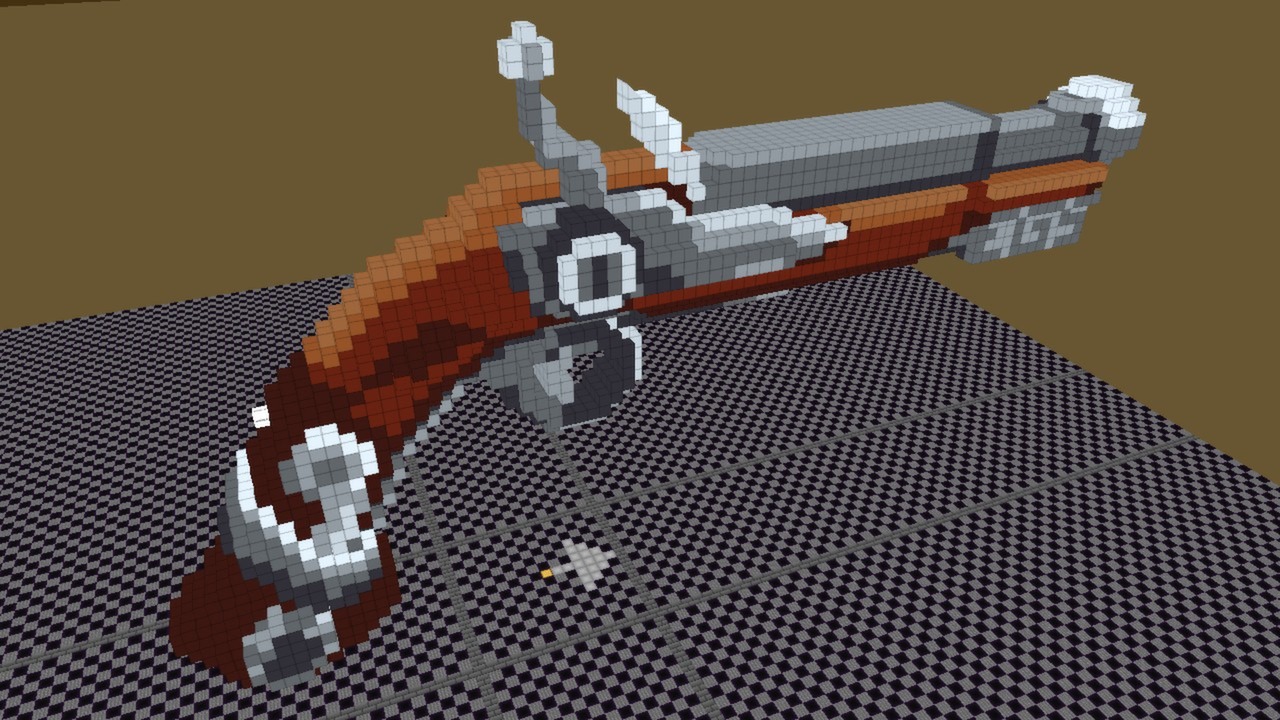 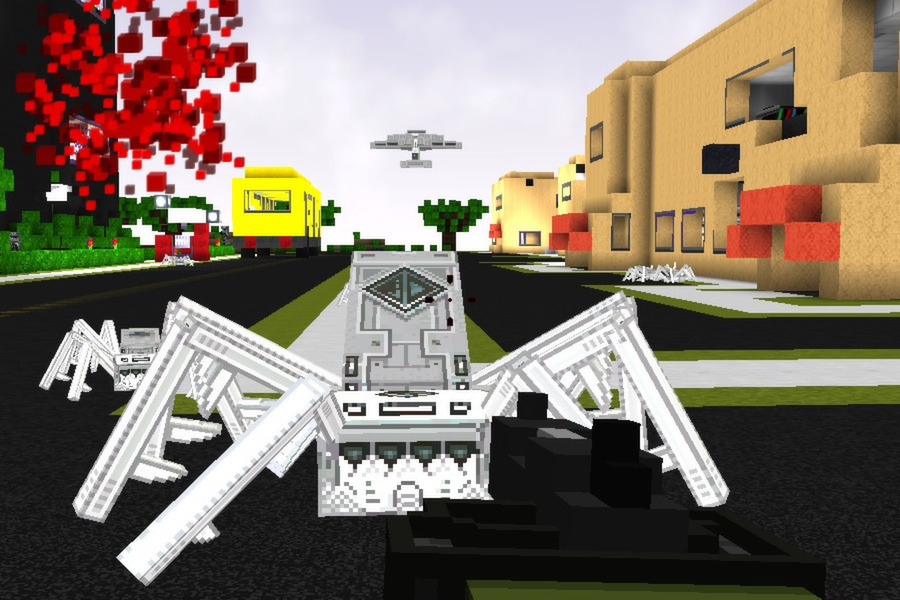 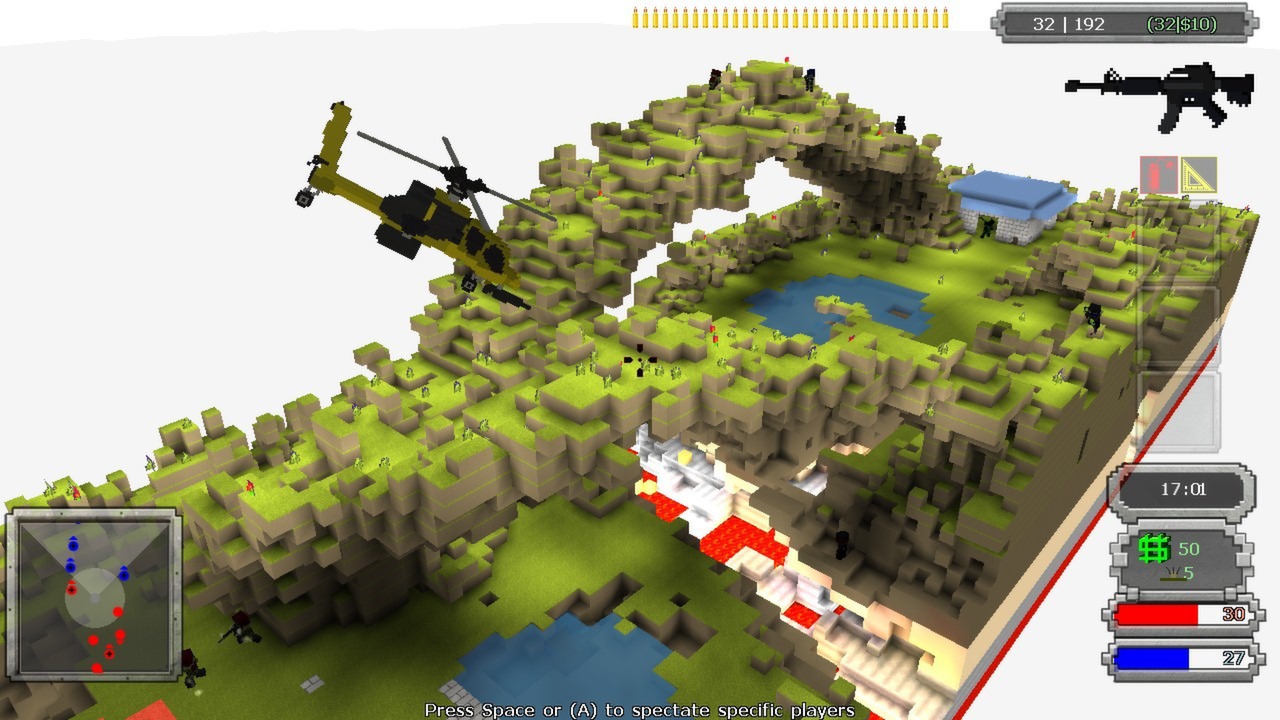 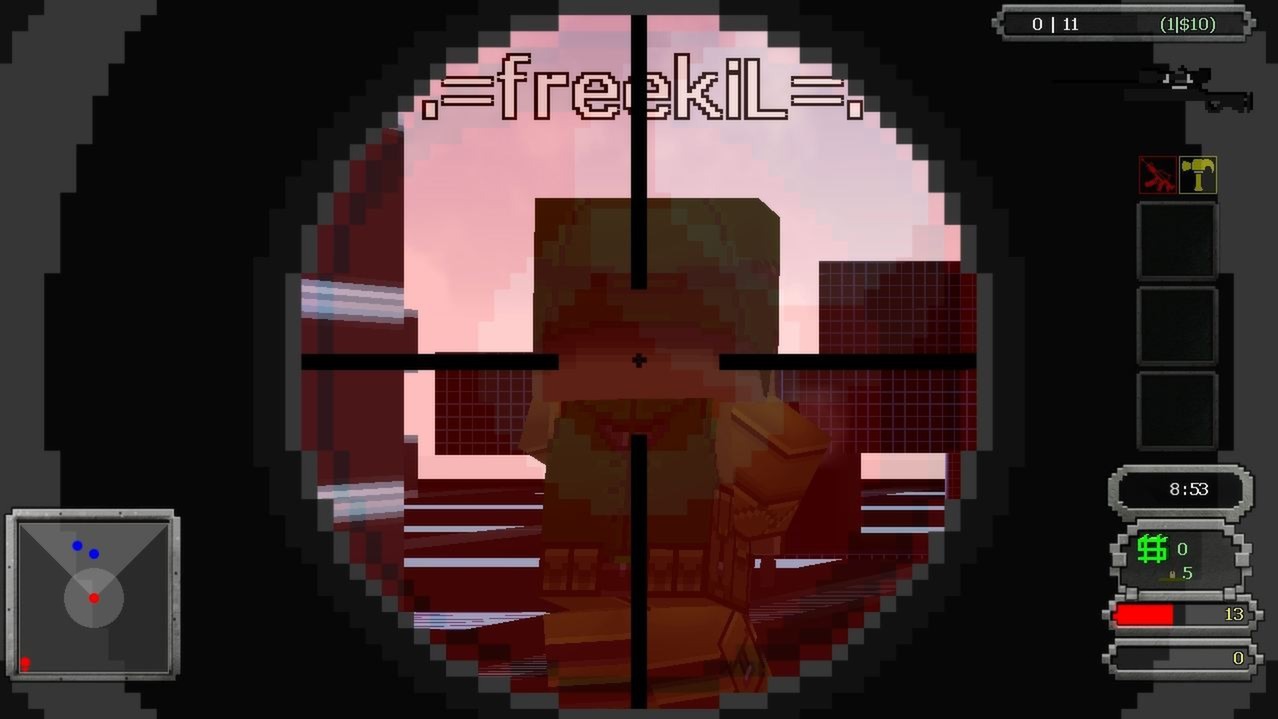 About the game:
Block and Load! Combining the addictive nature of block building sandbox games with the speed and competition of modern first-person shooters, Guncraft takes voxel-based gaming to a whole new level. Players can create maps and arenas based on anything imaginable and, once complete, can utterly destroy them with bullets, bombs, grenades, tanks, helicopters, gunships, and much more. In the heat of battle, soldiers can create custom blockades and fortresses instantaneously. Watch out – just when you think you’re safe, enemies can tunnel through walls and dig through floors to ambush you from behind, above or below!

In addition to standard modes like Deathmatch, Team Deathmatch, and Capture the Flag, Guncraft offers over seven outlandish game modes like Lava Survival and Racing Mode, plus 100% customizable load-outs that include perks, weapons, vehicles and more. Even better, the core crafting mechanics of Guncraft are available throughout every aspect of the game, enabling players to build maps, prefabs, characters, and weapons on the fly, then decimate them all to take down enemies.

Features:
Voxel design coupled with hardcore FPS elements: Player-controlled vehicles, perks, killstreaks, class load-outs, clan system, and ranks.
Create custom levels, weapons, and characters – you are literally only limited by your imagination!
7+ outlandish game modes for up to 16 players (Online/LAN), including:
“Lava Survival” – Magma slowly rises as players build upward to avoid the instant orange death. It’s a new variation of “Last Man Standing”.
“Onslaught” – Four players band together to fight off endless waves of deadly robot spiders, soldiers, drones, and aircrafts.
“Spleef” – Players drill and destroy blocks on the platform near or under their opponents in order to cause them to fall to their deaths, while fervently avoiding suffering the same fate.
“Siege Mode” – A building and prefab centric game mode where two teams are pitted in a race to build a trebuchet-style catapult first. Be sure to defend it, else you get your structure destroyed by the other team.
"Racing Mode" – Race to the finish and blow up everyone in front of and behind you in the process! You can even team up with a friend for some double dash style action in the fast paced new game mode!
HUGE DLC Roadmap driven by the community, for the community, including Gunsmithing upgrades, new game modes, Steam Workshop support, and much more.
Built-in friend and clan system, leaderboards, dedicated server clients, peer hosted servers, IRC based chat, and plenty of admin controls…with more to come.