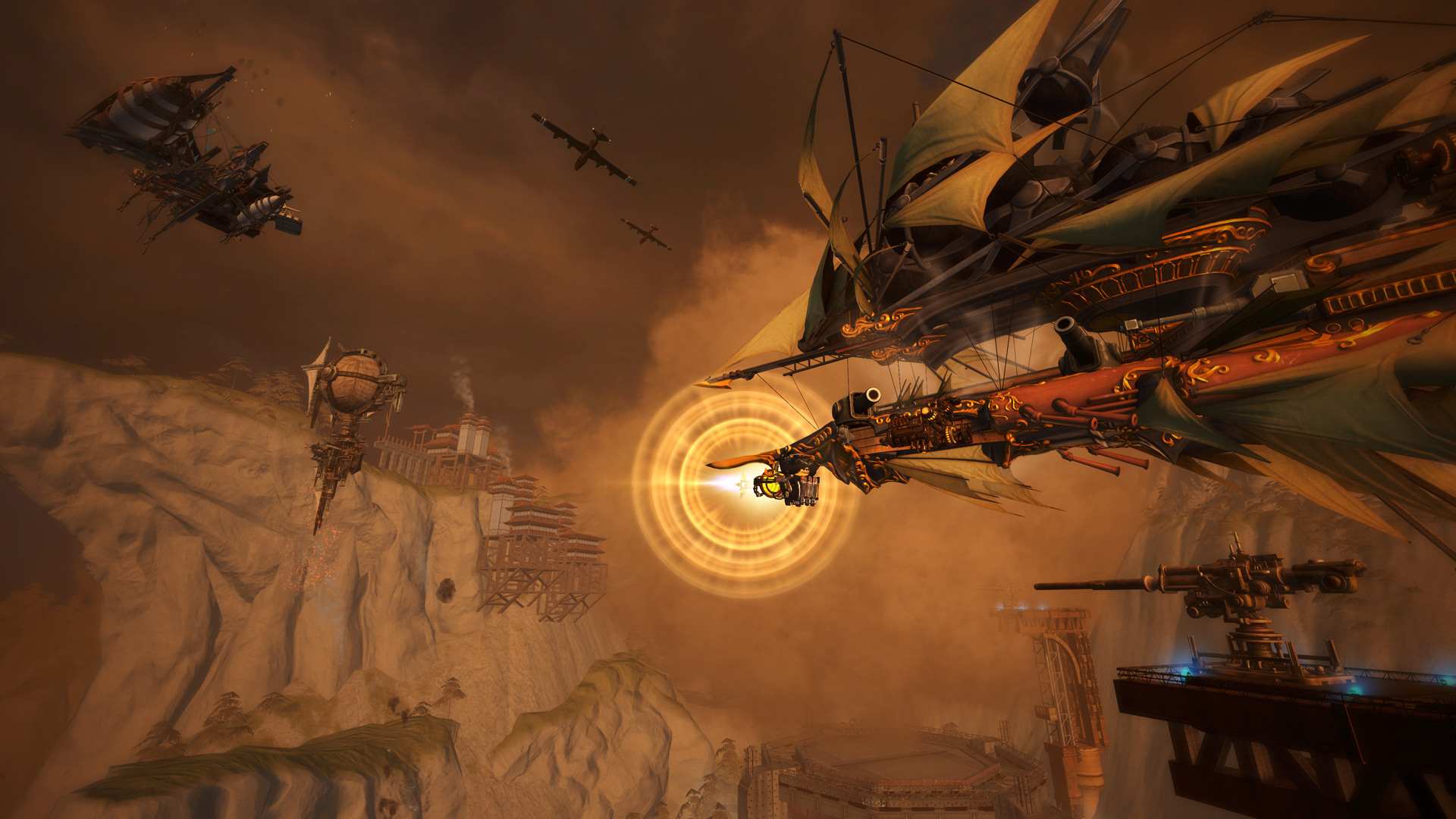 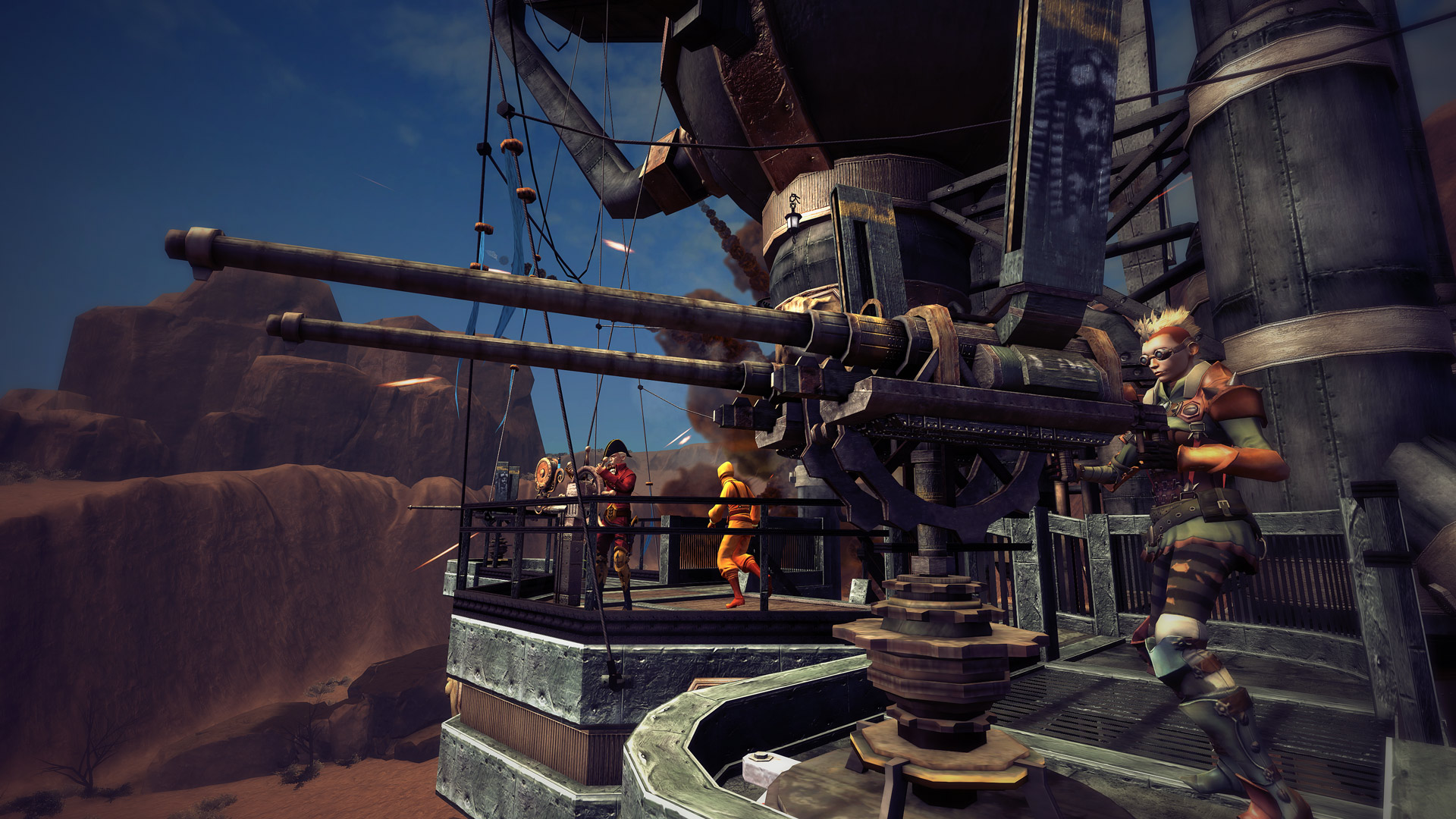 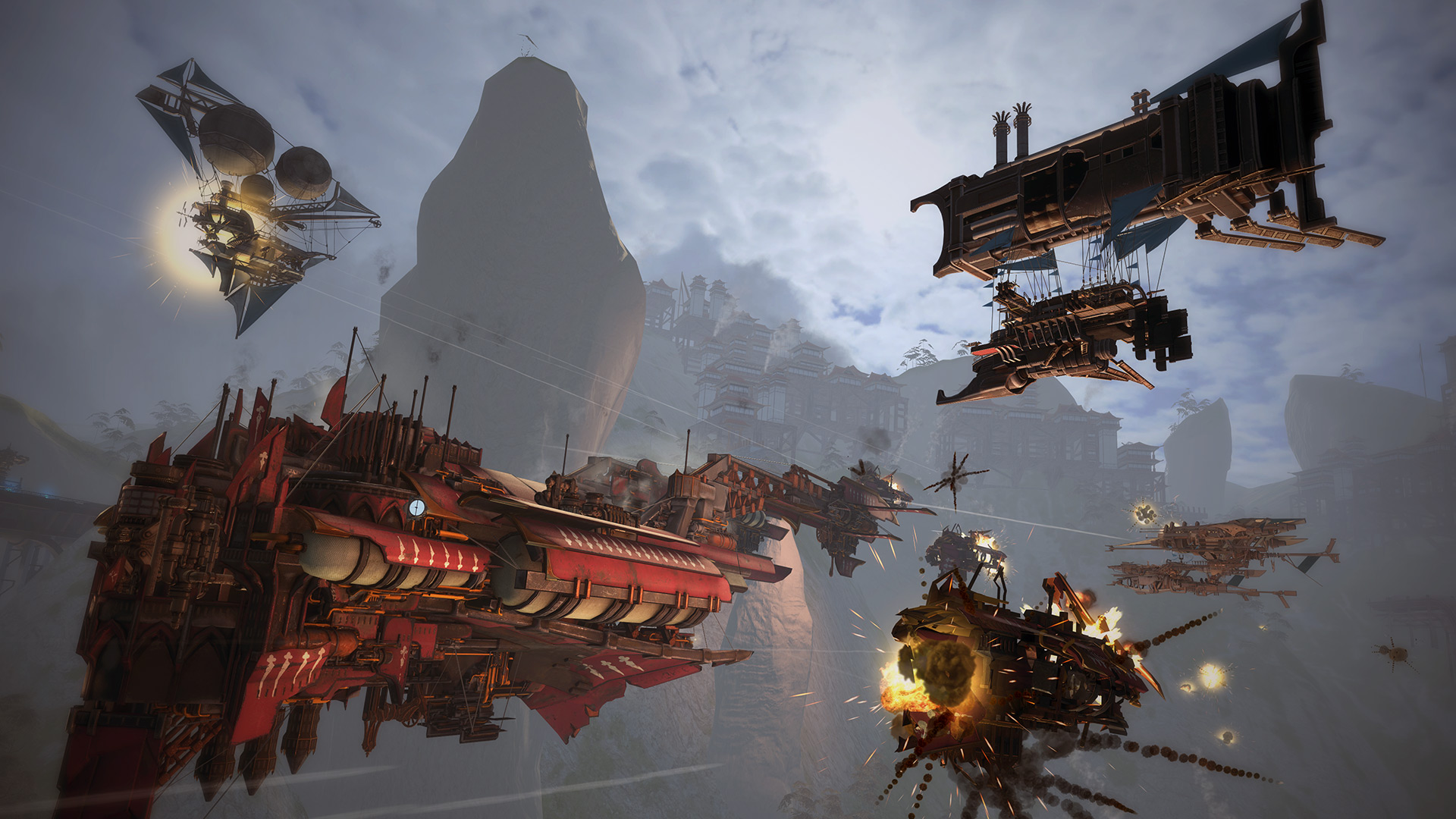 We finally have a joint game mode - tons of content, large-scale wars of factions and the best battles on board the ship. Bring your friends with you, fight the whole armada, conquer the world!
Fight an armada with your team in the most dynamic team game.
Invite old friends or make new ones - ships rise to the skies that you can´t handle alone. Fight and fly in the sky above the wasteland on your personally collected dirigible, armed with powerful weapons. Fly together with the other three towards victory. You will be able to fly as one ship, as well as in a fleet (up to 16 ships) and fight with hordes of enemies and giant bosses, making your way through blockades and fortifications or sneaking past enemies unnoticed in order to catch them by surprise.
Joint game in a completely new light
The AI ​​director of our game ensures that there will not be two identical matches in it. The tension does not weaken for a minute, every battle is different from the previous one, the AI ​​constantly studies your strategy and confronts it.
Your ship and millions of customization options
To create a combat vehicle available to you 13 ships, 24 guns, 26 tools and 15 special abilities. Shock your enemies and neutralize their tesla guns, push stunned enemies together with a singularity cannon. Create your own perfect storm of destruction and death, customize, as you like, your own ship and your equipment, experimenting with unique, completely new options and combinations of the team. Find the style that is perfect for you and your crew.
Perform combat missions!
On an area of ​​36,000 square meters, you and your team will strain to the limit, storming the bases, chasing convoys, and sometimes simply tearing down military life. Every time you reach a new level of skill, the AI ​​director gives you a new challenge, increasing the heat of passion.
The war of factions in the network game affects the history
Leave your mark in this world - and forever - by your actions in the game. In each war season, their heroes and villains, and it depends on your actions, how the world will remember you. You can be a fierce warrior attacking all the territories indiscriminately, or a model of virtue protecting your faction from invaders. Our players help us create the history of the world - their battles, alliances, betrayals and maybe even public chat magazines! Four powerful factions need your strength and loyalty, and as a reward you will receive new weapons, ships, costumes and more.

Baronians of the Fjord, who fell into disgrace, are trying to reclaim their heritage and fulfill their purpose, as predicted by prophecy. The Anglean Republic is tirelessly searching everywhere for forgotten technologies in order to return the old, heavenly times to the world. Taking advantage of the universal desperate situation, the Trade Guild buys and sells everything that is possible, taking care of its own profit. In the meantime, the planet is bleeding to death, the Order of Chaladon comes out of solitude, wanting to heal the wounds inflicted and repair what was damaged at any cost. Choose your faction and create the future of this world!