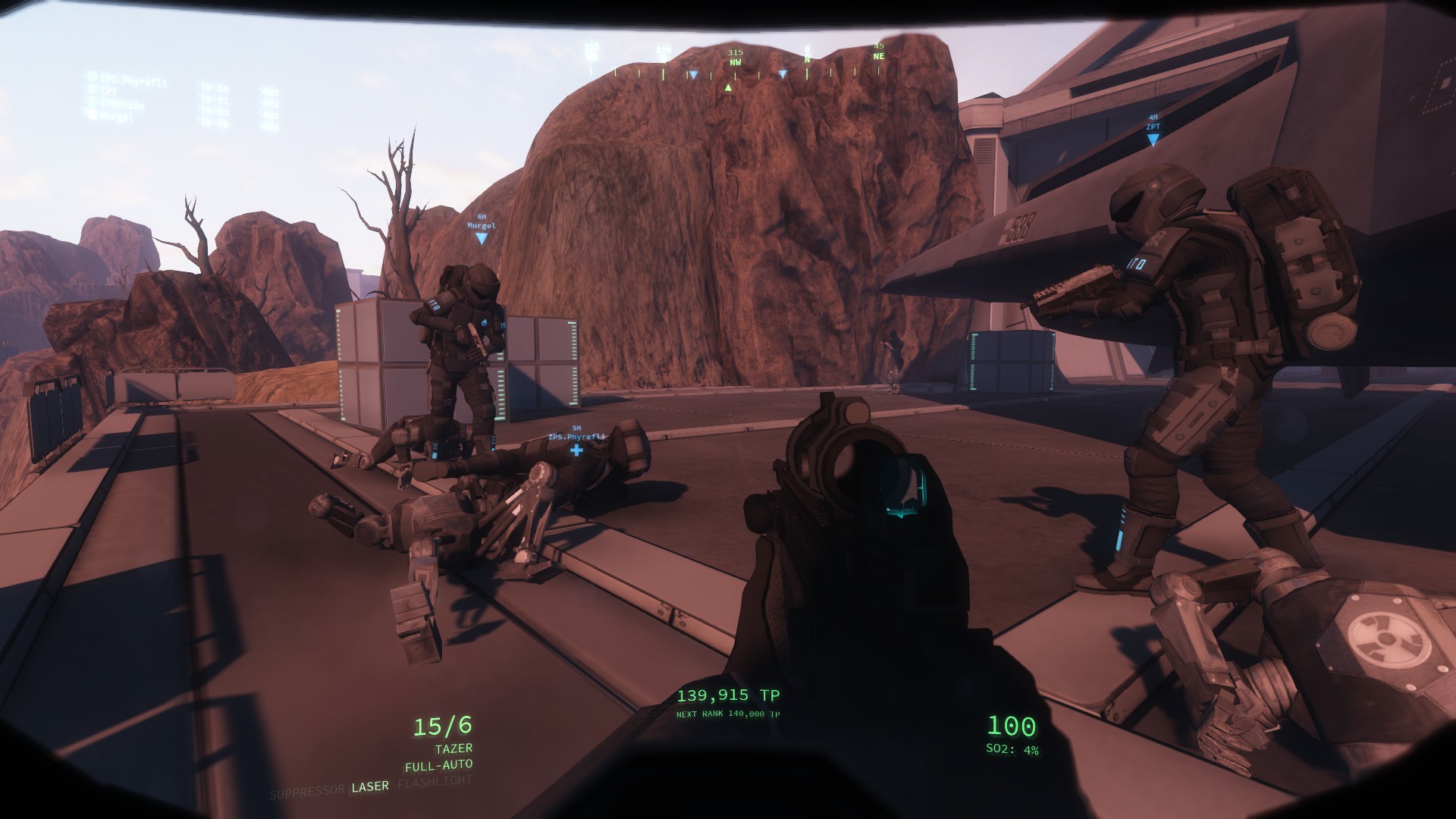 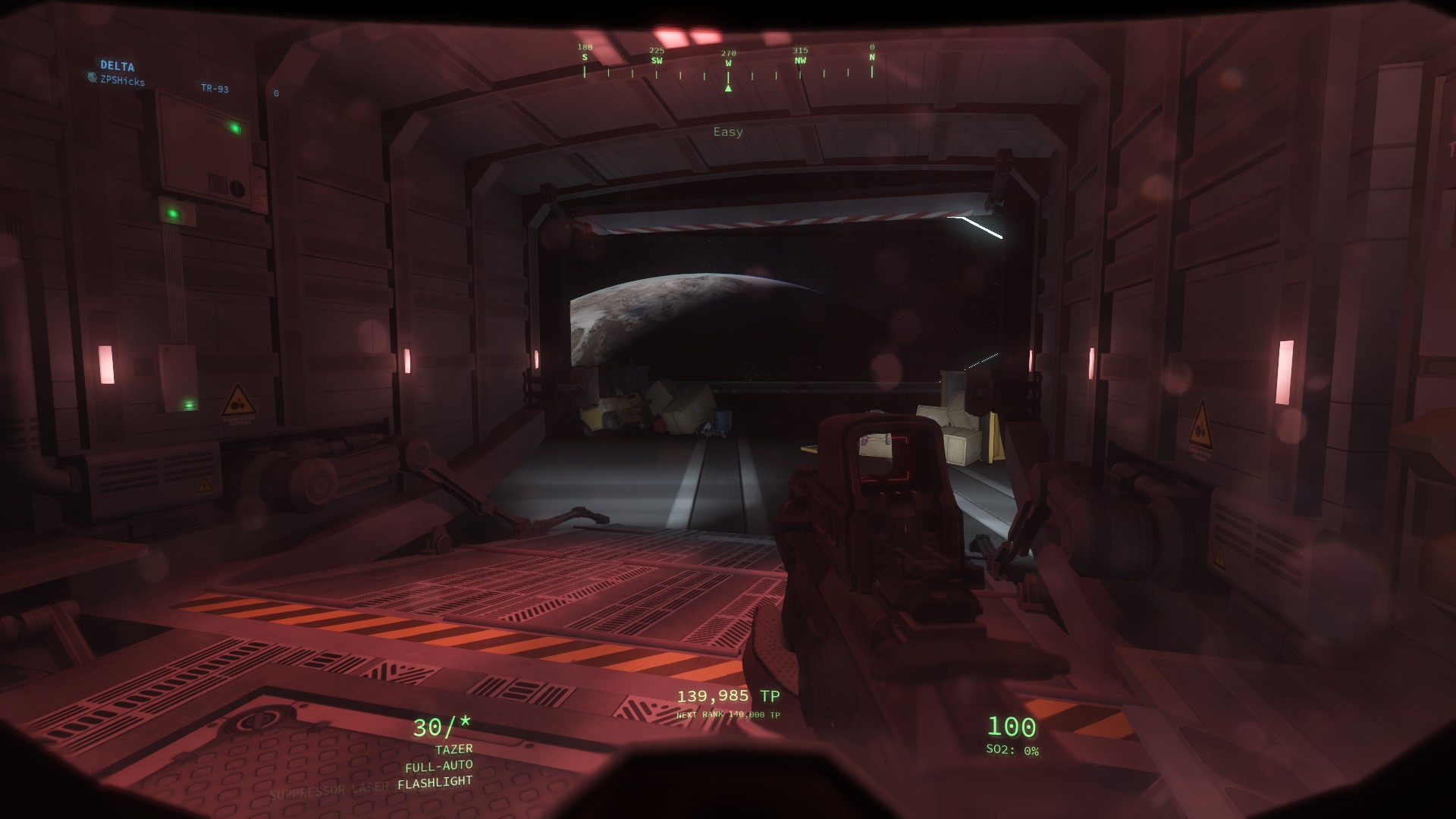 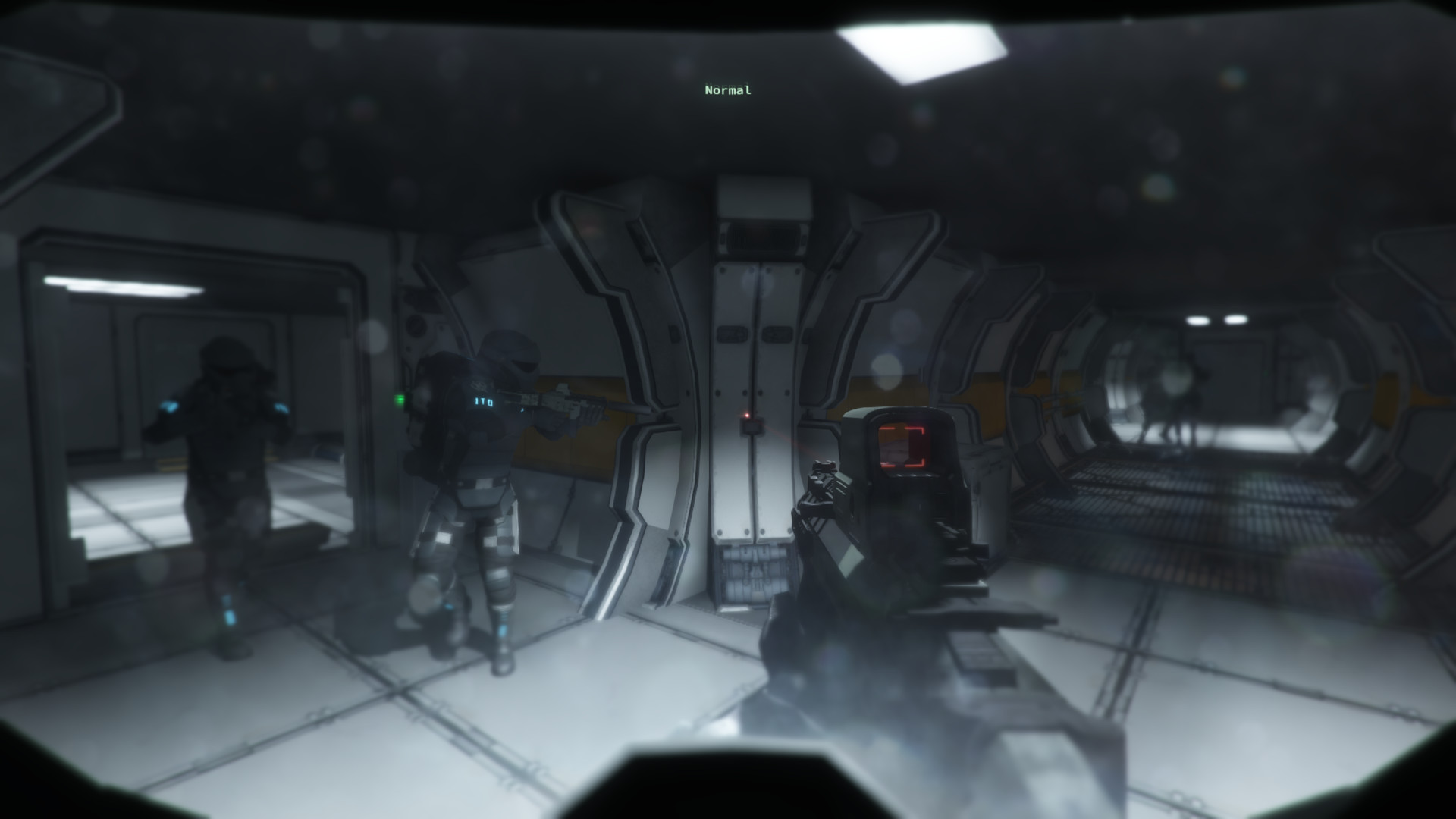 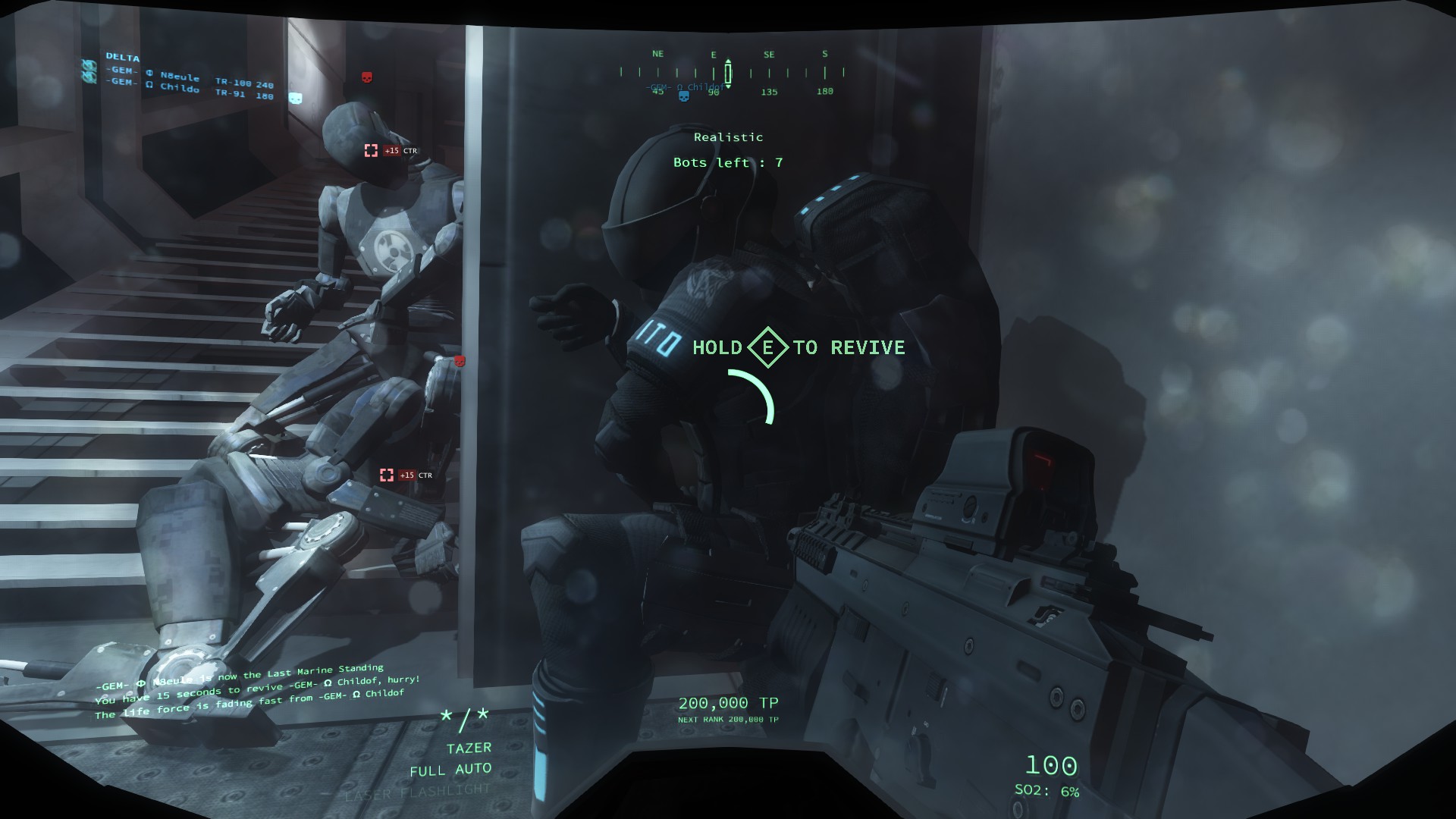 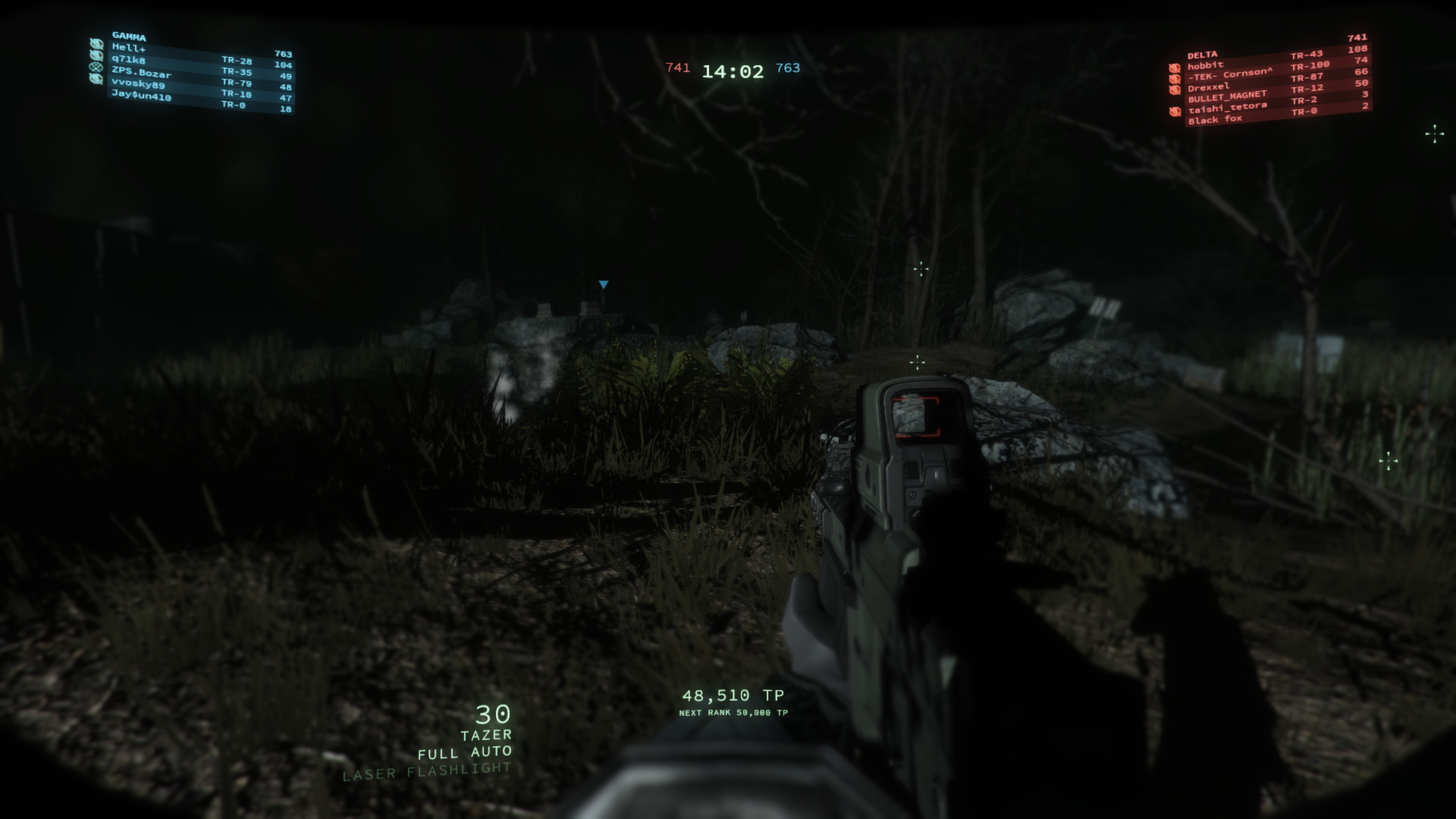 Interstellar Marines is an immersive tactical sci-fi First Person Simulator in the making, offering a unique blend of tactical gameplay, dynamic environments and non-scripted AI. Play Singleplayer or Co-op/PvP on servers around the world. Interstellar Marines is inspired by movies such as Aliens, Starship Troopers and Saving Private Ryan; and games such as Half-Life, Deus Ex, System Shock 2, and Rainbow Six 3: Raven Shield.Interstellar Marines is all about evolving the FPS recipe with the inspirations we´ve assimilated since the birth of the genre. Our goal is an evolutionary leap forward driven by our compulsive interest in science fiction, role-playing, military realism, and respect for first person immersion.Interstellar Warfare InitiativeIt is the dawn of the 22nd century, a time of great hopes and expectations. The discovery of a new and inexhaustible well of power known as Zero Point Energy has revolutionized space travel. Man has escaped the confines of Mother Earth, and gone on to colonize the solar system.But far away from public awareness an ambitious military project has already taken Man beyond the final frontier, and into the regions of the stars. The powerful Interplanetary Treaty Organization, ITO, is secretly constructing the first human settlement in another star system.You are a special forces soldier training to join the Interstellar Marines, a part of the secret Interstellar Warfare Initiative being established to protect humanity against potential threats from the confines of the unknown universe. It´s time to evaluate the Interstellar Warfare Initiative and program evaluations are taking place at The Vault, ITO’s most advanced military facility on Earth enclosed deep beneath Groom Lake, Nevada. Supervised by SARA, ITO’s central neural network AI, SARA will program artificial weather and advanced combat training robots to test each warfare initiative to the limits.This is where the game begins ...7 Singleplayer/Co-op MissionsPlay 5 co-op and single-player missions against unscripted AI with dynamic environment effects or two pivotal missions inside the Interstellar Marines universe, The NeuroGen Incident and Assault on Starcrown Aerospace. Play singleplayer or co-op with up to three friends in intense action with more co-op and singleplayer missions to come!Wargames (Sandbox Combat Arena)Unique sandbox combat arena in the making. Wargames is played across 9 distinct interconnected environment zones allowing 64 players to join in the scavenge for combat points, playing alone or in co-op. We have a special Wargames Steam Leaderboard which tracks Combat Points globally, monthly, and survivors of Wargames.9 Unique Multiplayer Maps Across 3 Game ModesTake your friends out in Deadlock, Deathmatch, and Team Deathmatch on maps featuring dynamic environment effects such as time of day, rain, thunder and lightning, emergency lighting, fire alarms, moving platforms etc.Realistic SimulationWith a physics-based dynamic character controller there are no floating hands, and you can even see your feet! The physically present combat helmet has a HUD projected onto the visor and is affected by dust, rain, fogging, and damage. Aim down the sight for the long shots and use the tactical laser to assist aim when hip firing, as there are no artificial crosshairs to break immersion. Use the intuitive crouch and cover system; spacebar (default) peeks over cover, and looking down leans you forward to see over ledges. You can also shoot out the lights and prowl in darkness, or use the tactical flas