"It smells of the sea" 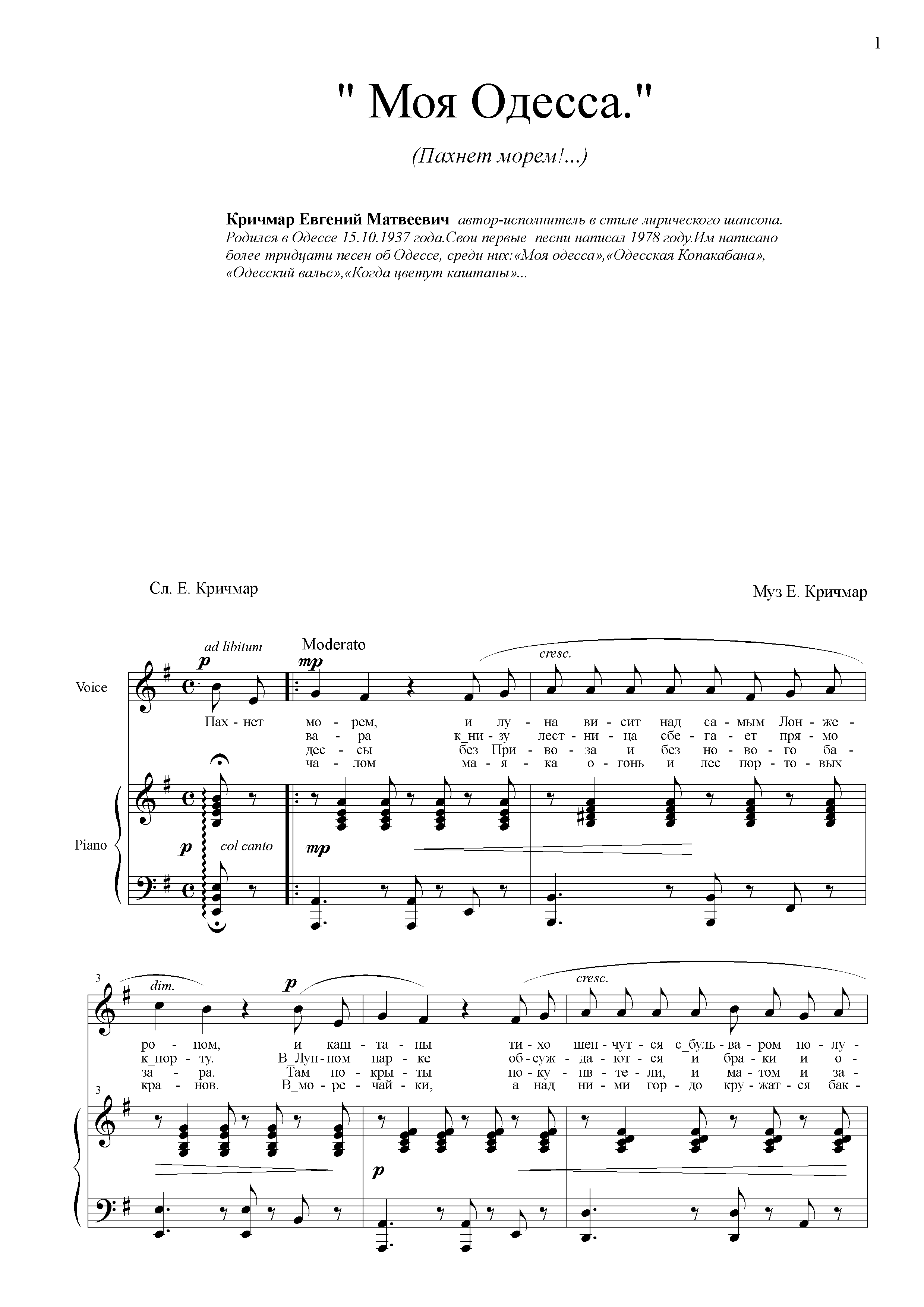 S.N.N information about the seller and his items
offlineAsk a question

("My Odessa") "It smells of the sea" - popular song composer E.Kichmar Odessa.
Arranged for voice and piano.This song is from the repertoire of Mikhail Shafutinsky.
Krichmar Eugene Matveyevich songwriter style lyrical chanson.
Born in Odessa 10.15.1937 goda.Svoi 1978 wrote the first songs written godu.Im
More than thirty songs about Odessa, among them: "My Odessa", "Odessa Copacabana"
"Odessa Waltz," "When the bloom chestnuts ..."

Related to item ""It smells of the sea"":