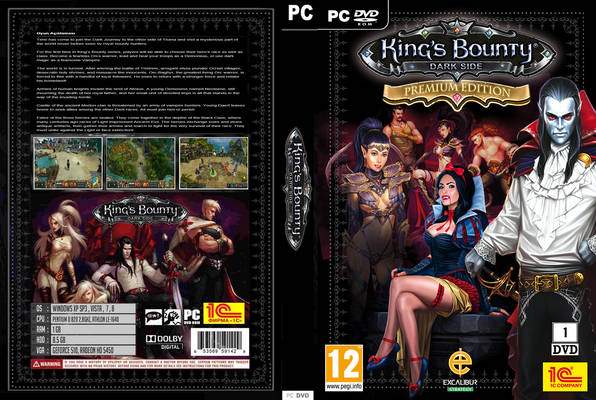 This is a continuation of the famous saga of King´s Bounty, in which you get to know the dark side of the world Teana, as well as a trip on an unprecedented land, which boils bloodshed. For the first time offers the chance to choose between a race of your character. Meet with each character of the game King´s Bounty:
Bagyr - without fear warrior who knows more than others how important Rage in an unequal battle.
Neolin - a true leader by birth, who is gifted with a unique quality of persuasion, even in the most difficult battle of maintaining high morale of his troops.
Daert - ideally vampire wielding black magic.
Each character is unique and each has its own story ...