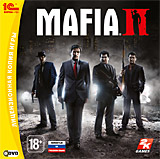 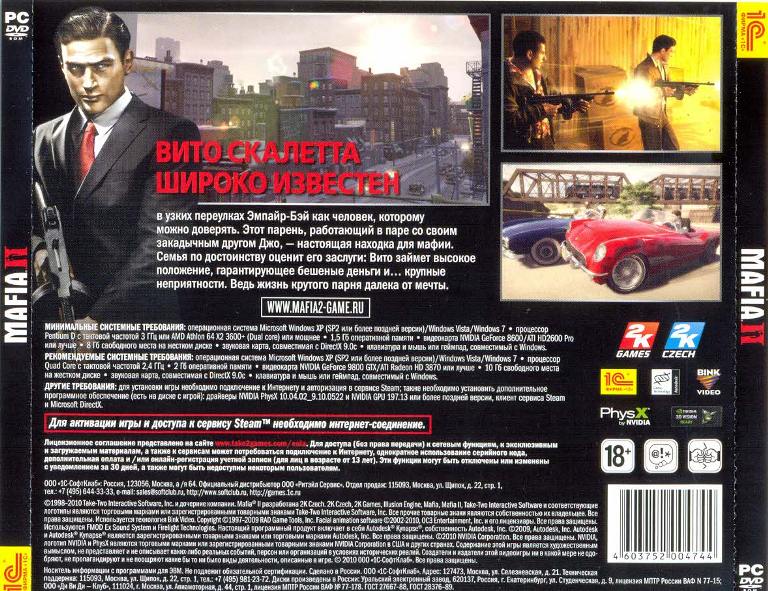 Loyalty discount! If the total amount of your purchases from the seller Nordic_Media more than:
If you want to know your discount rate, please provide your email:

Nordic_Media information about the seller and his items
offlineAsk a question

Mafia is immortal: the long-awaited continuation of the famous gangster saga from the creators of the original game - a new immersion in a ruthless and intriguing world is full of thrills.

Mafia II is created by specially designed graphics engine that will allow sponsors to embody all the most daring ideas, and say a new word in the genre, which defined the canons first Mafia. Classical elements - shooting, fighting, moving around in various vehicles - will gain unprecedented momentum, and the game world will truly limitless.

The protagonist of modern history - Vito, the son of Italian immigrants who grew up in poverty and injustice. Since childhood, he learned that the Mafia - the only path to wealth, and respect for the rights of its provisions, and not wanting to languish, full of hardship, as her father's existence, decided to become a gangster.

The criminal career of Vito and his sidekick, Joe begins with petty theft and car theft, however quickly they will rise to higher levels of the criminal ladder. And then it turns out that real life is "tough guys" are not as cloudless as it appeared in the boys' dreams.

* Being a gangster. Vivid images of credible, strong story and great presentation - it all allow you to feel the drama and unpredictability of the relationship between mafia clans and those in them is.
* Forget the rest. Exciting car chases, violent fights and frantic shooting - a combination of these elements provides a rich and varied gameplay.
* Living in the metropolis. With the latest graphics engine Illusion Engine players can explore a huge world, without wasting time waiting for the next boot: a stroll through the picturesque streets of Empire Bay, covers an area of \u200b\u200bover 25 square kilometers, or go inside the buildings and enjoy an elaborated interiors.
* Learn America. Cars, advertising, clothing - all the signs of American life 1940-50-ies, recreated as accurately as possible, changes over time in the game in accordance with the historical realities.
* Play the classics. A selection of the best songs the mid XX century will immerse themselves in the atmosphere of an American "golden age".
========== ========== ========== ========== ========== ==========