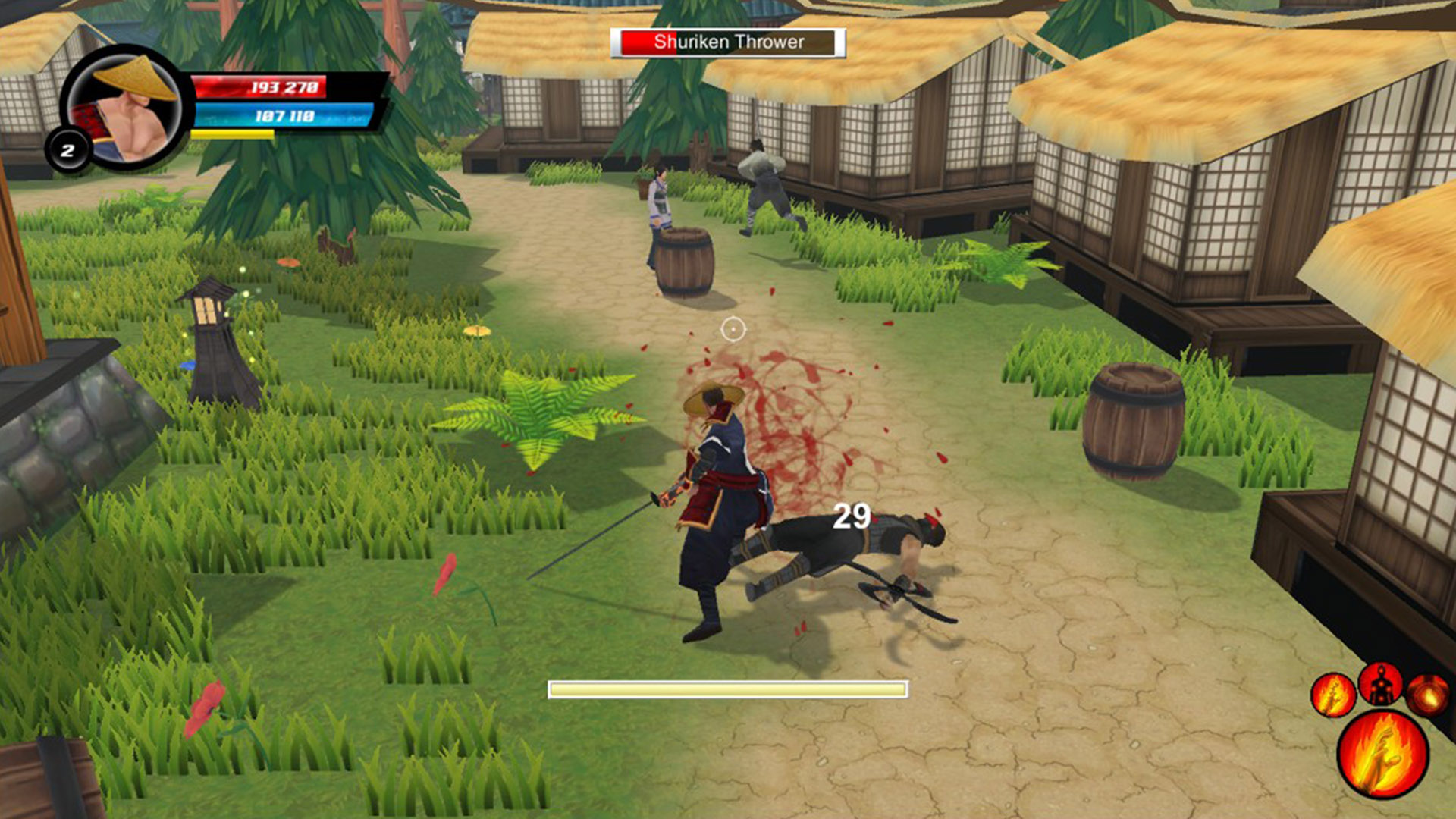 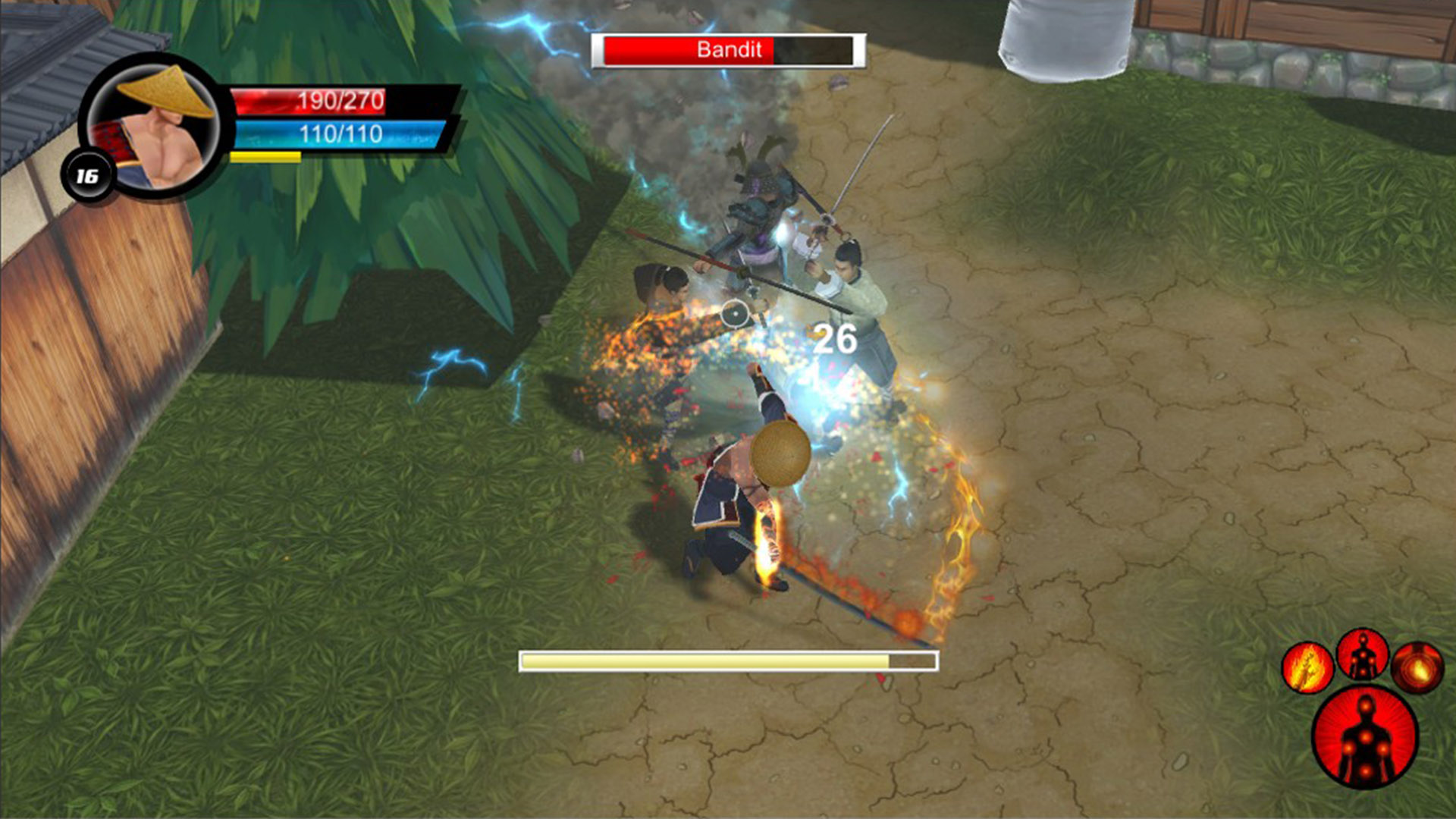 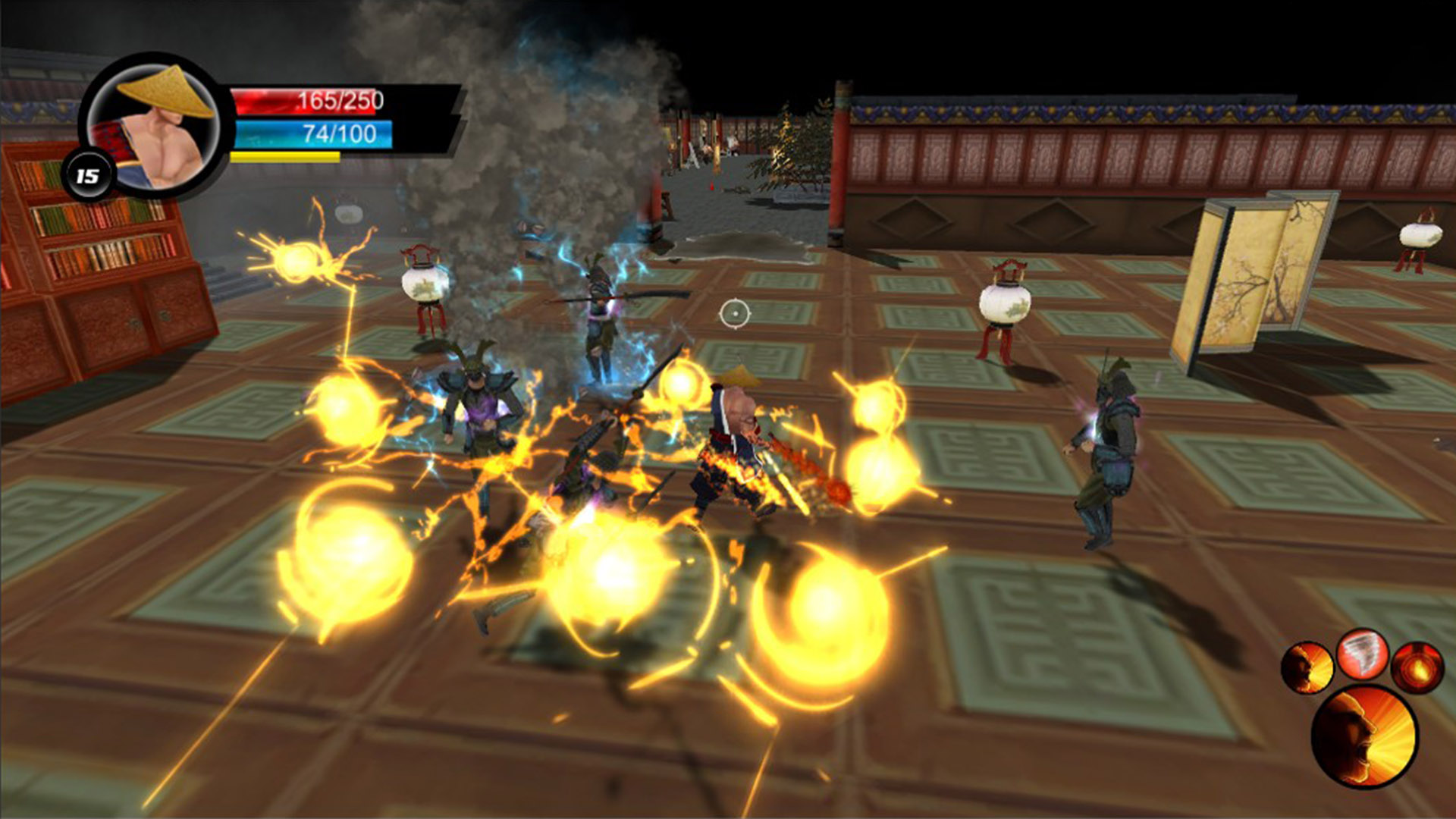 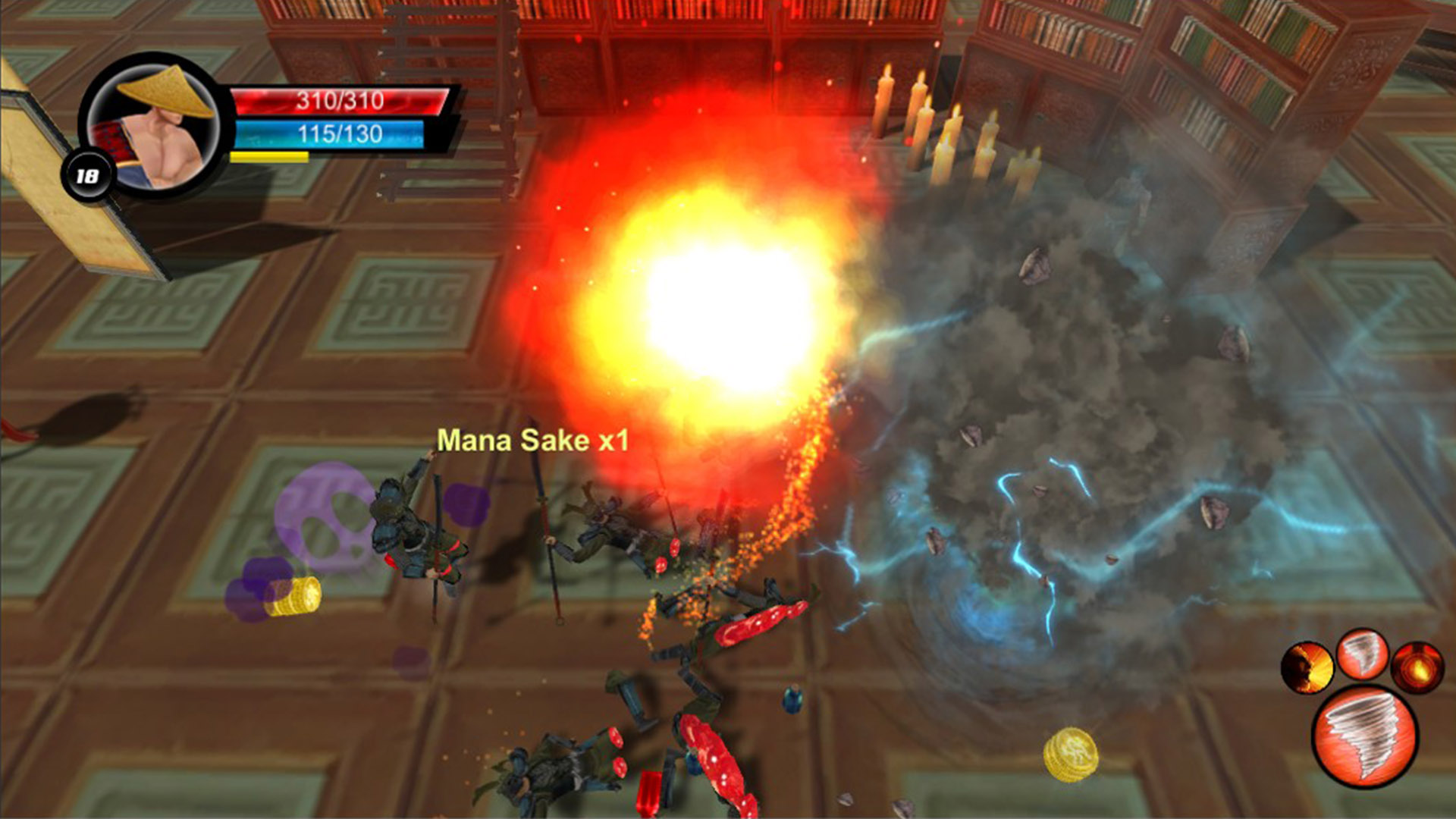 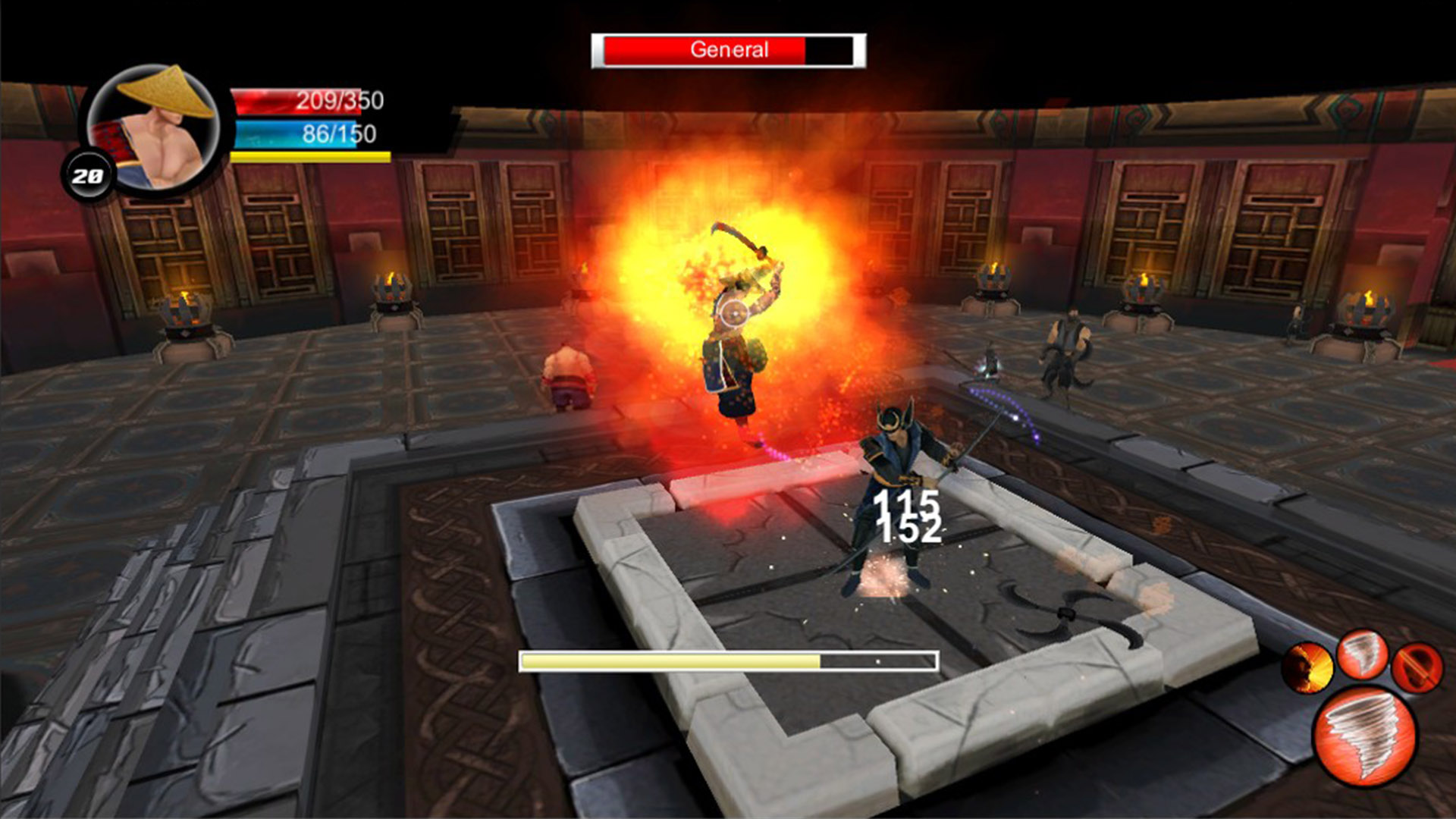 Ninja Avenger is an action anime inspired game, very fast paced with a exciting story that will remind you of your childhood games.Join the amazing adventure of Hayashi in an incredible ninja universe with legendary clans, ancient dragons, incredible ninja wars. Help our hero bring peace once again to these troubled realms. Features:- Exciting Hack and Slash Combat system- Great Manga Story- Challenging Quests- Open World- Fun to explore environments- Epic battles with fearsome enemies- Evolved Skill sets- Inventory system- Purchase weapons and accessories from merchants.- Trading Cards When the invaders where stopped and pushed back, the realm of Iwura was left in ruins. In order to prevent events like this from happening in the future, the clans gather to elect a shogun. This legendary leader was in charge of creating a realm army using the best and most skilled members from all the clans. The powerful army was used to keep the peace in the realms and repeal any foreign threats.Centuries have passed since the election of the first Shogun and peace was ruling in Iwura. This peace however wasn´t a good thing for everyone. For people like Katou, it was only creating weak and soft people that were nowhere near strong enough to fight the foreigners if they were to come back.That´s why Katou took the initiative to dethrone the current shogun in order properly use the realm army which in his eyes was a big joke. Using the cover of the night, Katou seized an opportunity to first get rid of the Scorching Hand clan who was the most loyal and honorable clan. Before his death the leader of the clan, Okazaki, manage to hold Katou and his man just long enough for his wife and newly born child to escape and for the Shogun to find out what´s happening.Katou and his man were stopped in time but he managed to escape. Okazaki´s son, Hayashi managed to grow up, train hard with his father´s sensei and become strong enough to revenge his father. Who will succeed in this incredible clash?Ninja Avenger is a Hack and Slash Action game, in which you have to control your hero, fight and slice enemies through various combos until you clear the stage and can move on.Learning different new skills and improving your hero´s stats will help you perform spectacular attacks on your villains. Use WASD or the arrows to move Hayashi, J and K for light and heavy attacks, Spacebar for dashing attacks, Shift for Run/Walk mode, E for use/interact with levers and other objects, Enter to open your Character upgrade menu.Earn as much Experience as possible to upgrade your hero and his blade. Defeat your enemies stage by stage, chapter by chapter, put the manga story pages together to understand what is happening in this universe and where to find Katou, the main villain. When you finally reach Katou, the 2 of you will have the fight of your lifetime!