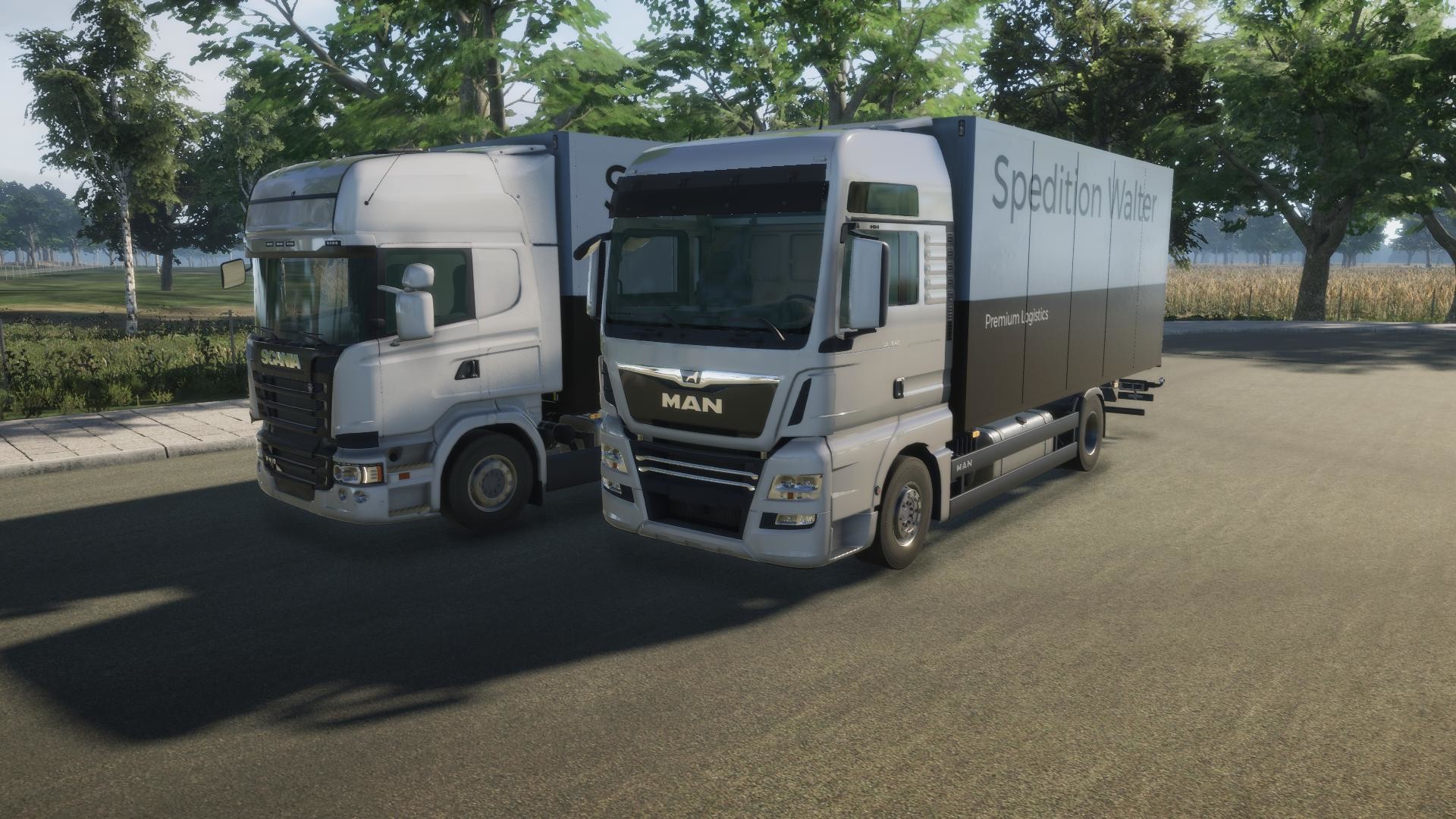 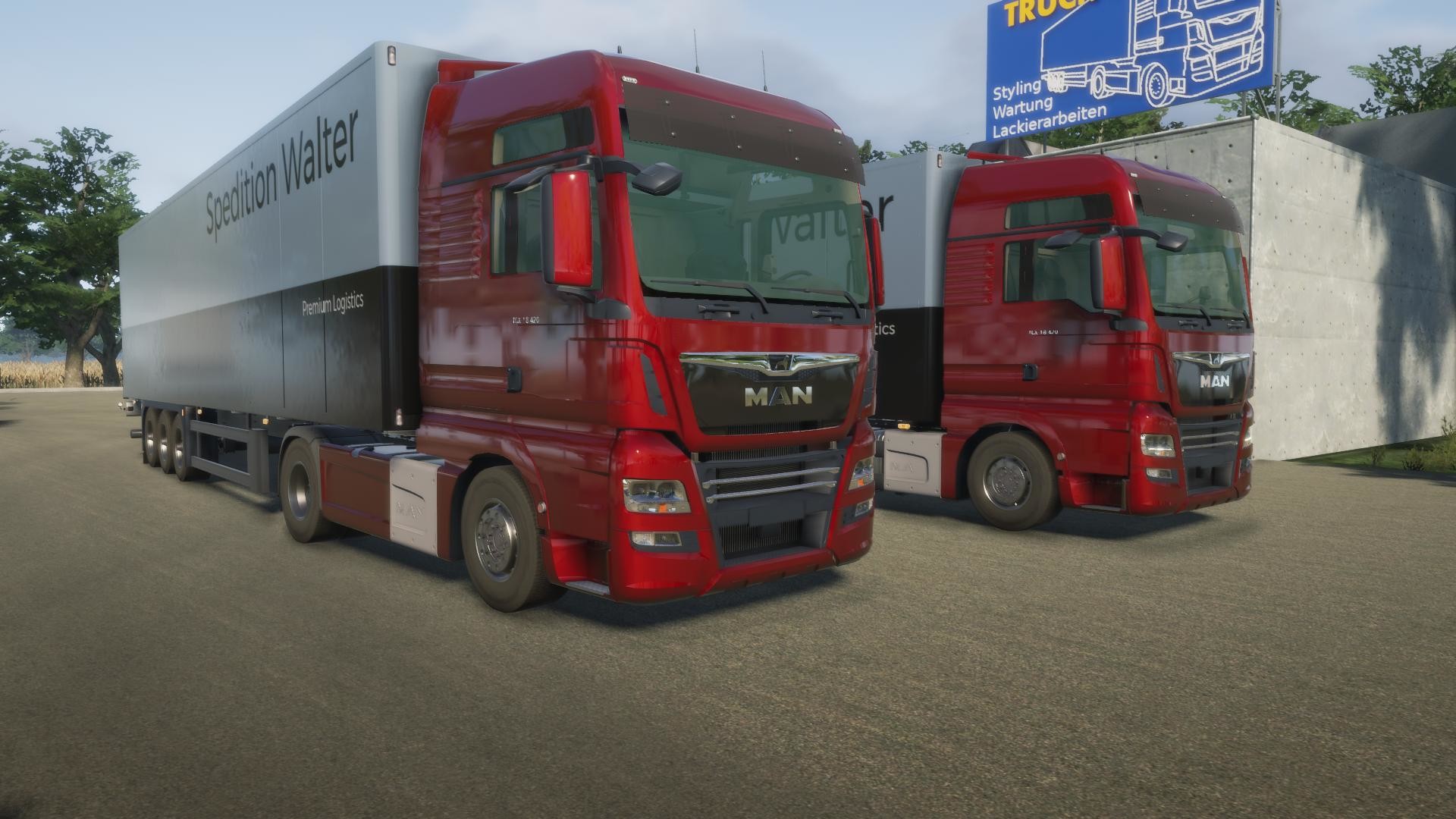 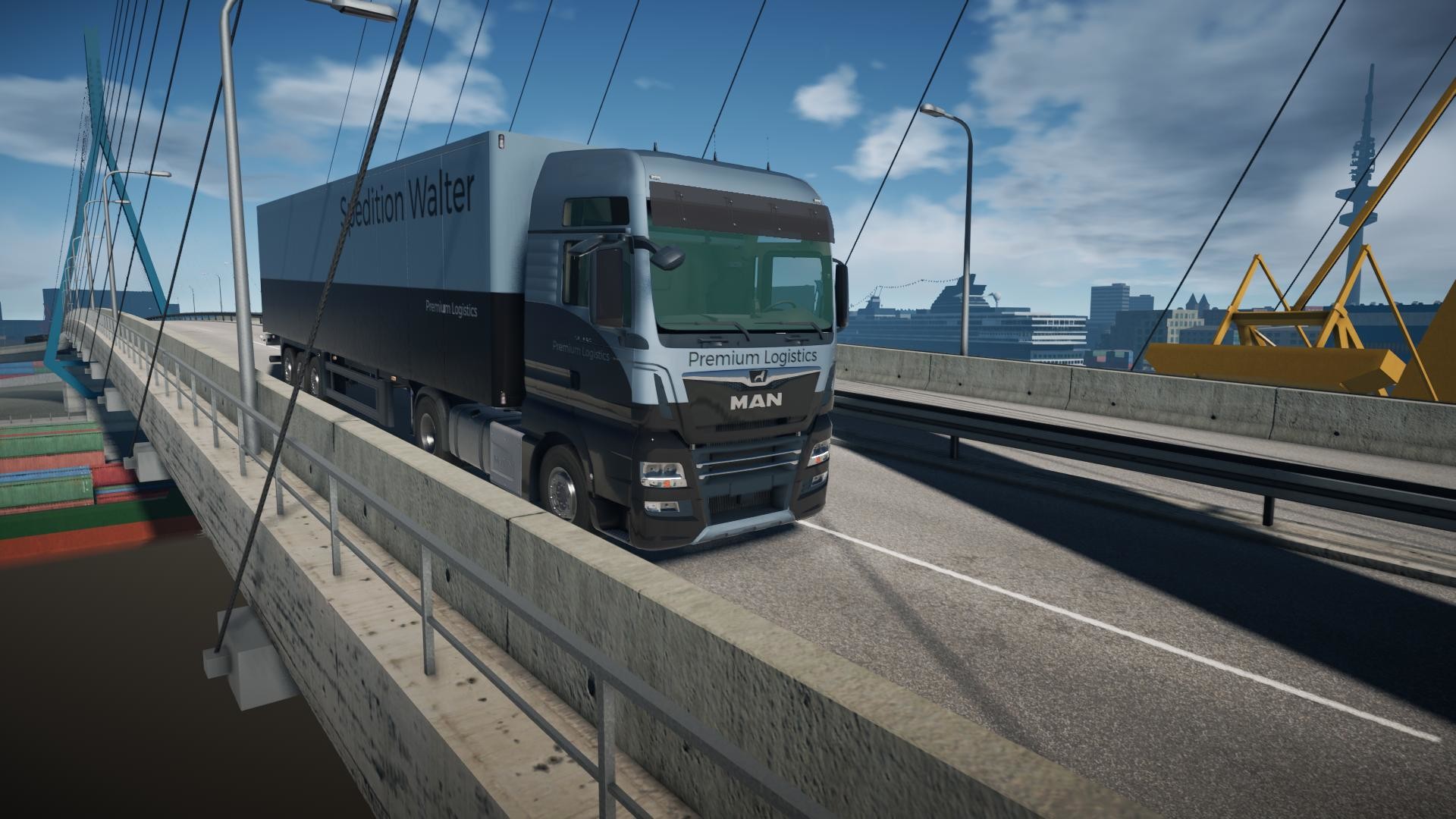 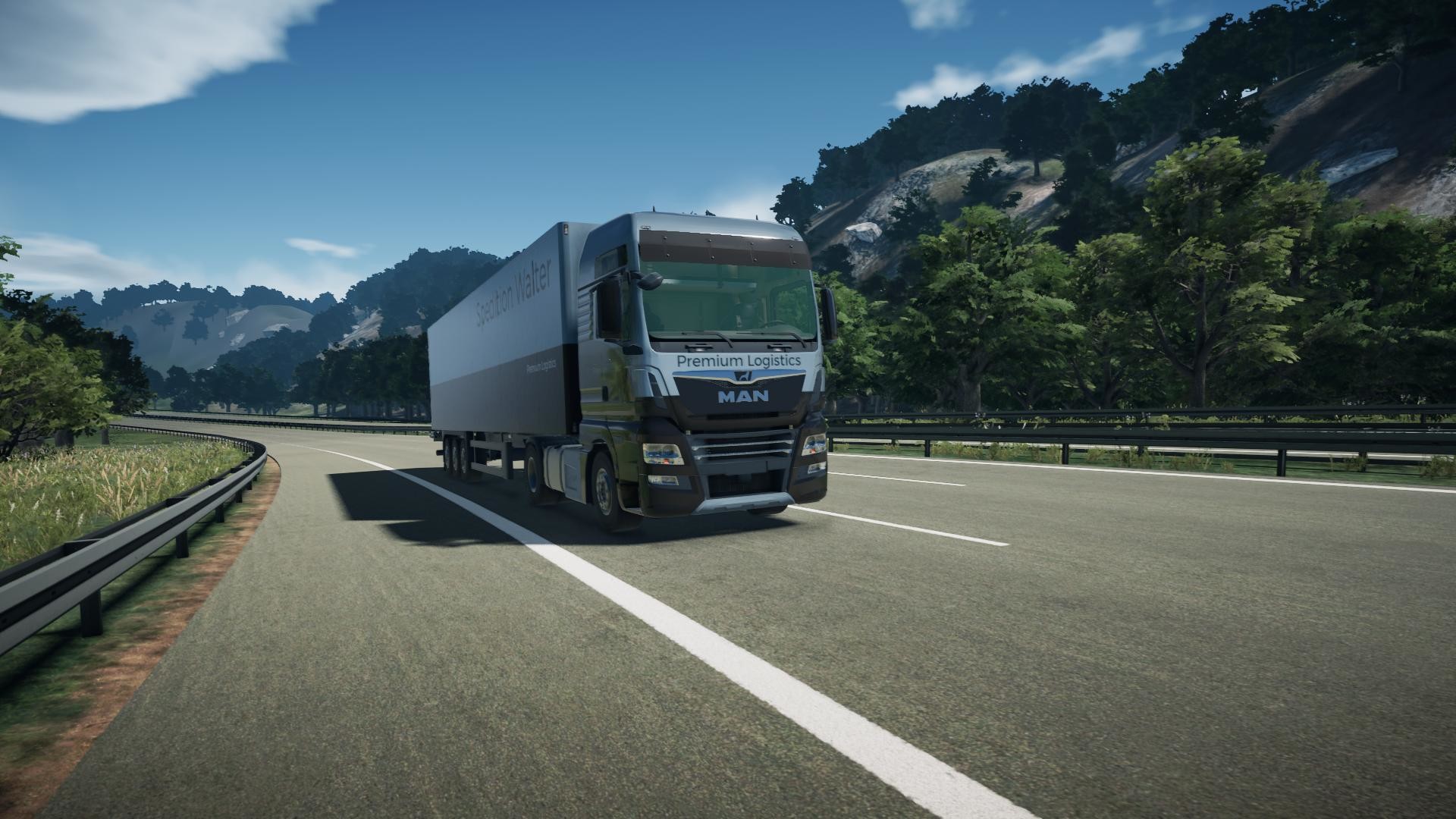 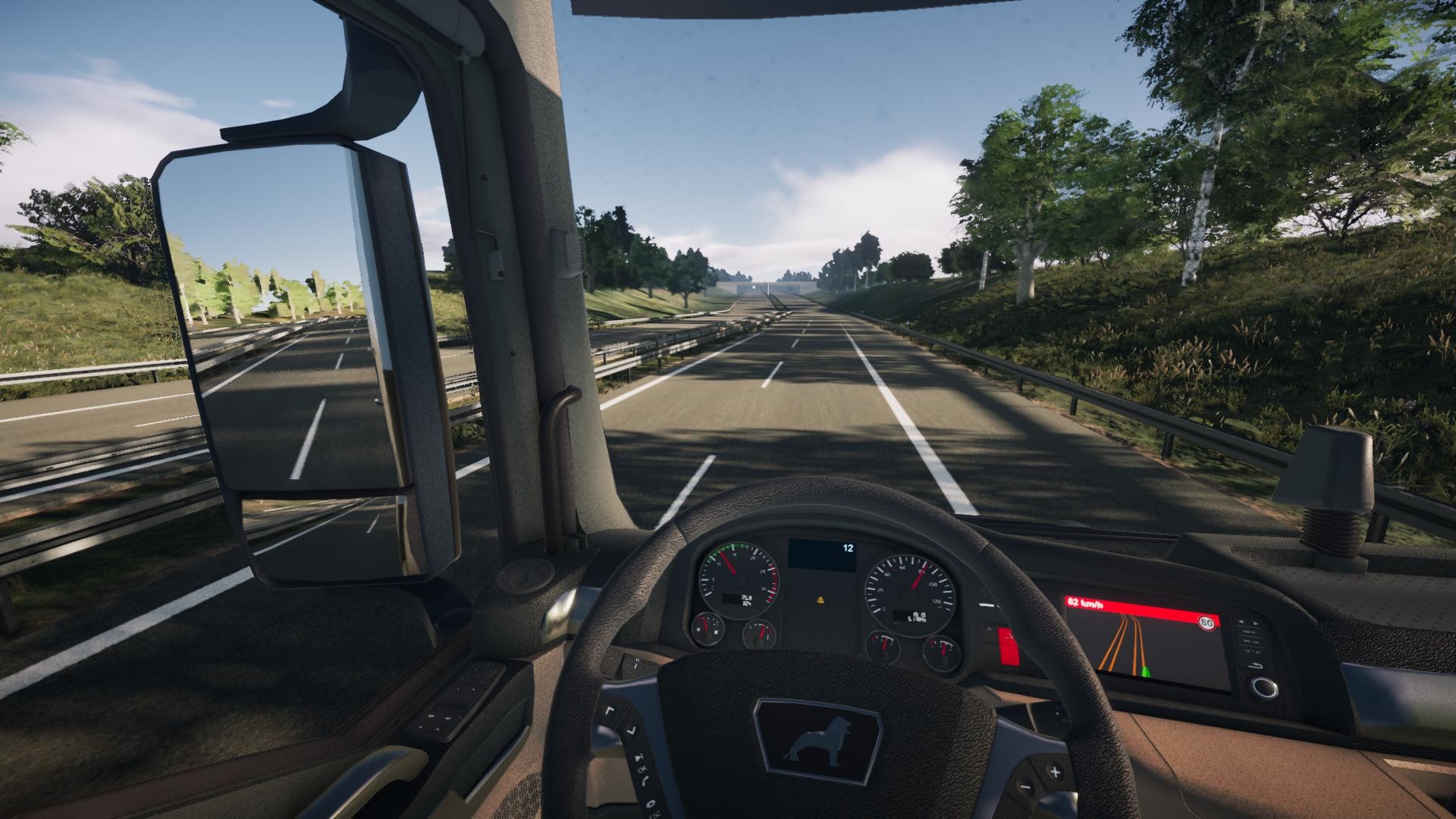 From 18 tonners to the Gigaliner, On The Road – Truck Simulator offers everything a trucker’s heart desires.In this realistic truck simulation, you have more than 6500 km of motorway and country roads at your disposal – including numerous detailed motorway interchanges. Get behind the steering wheel of a MAN TGX or Scania R Series and discover more than 15 German cities like Hamburg, Bremen, Cologne, Hannover, and Berlin, with unique road designs and sights. Additionally, numerous other points of interest are waiting to be discovered along your journey, as well.The MAN and Scania trucks behave very realistically – including automatic transmissions, retarder/intarder, and assistance systems. From compact box bodies to semi-trailers and even gigaliners, you’ll have the right cargo volume available for every delivery order. Thanks to the Steam Workshop support, you can paint every vehicle and trailer as you desire.On The Road also features an economic system. Found your own company and hire drivers so you can accept more orders. Plan your routes as efficiently as possible, but keep an eye on the mandatory rest times as well.Get on the move – Germany’s roads are waiting for you!On the Road also features a basic economic system, allowing the player to found his own company. In the long term more features are planned to make this system more complex, e.g. purchasing licences and hiring drivers. Join in now and take part in the development of On the Road!Features of the Early Access version for now:Ca. 6000 km of motorway and 600 km of country road, to a scale of 1:10Numerous detailed models of motorway interchanges16 cities, some of them with unique road designs (e.g. roundabouts or bridges)Numerous POIs in cities and near motorways and country roadsAll large waterwaysGround based on real satellite dataVehicles from Scania and MAN:- MAN TGX (2016) as semi-trailer 4x2, box 4x2, and box 6x2- Scania R Series (2013) also as semi-trailer 4x2, box 4x2, and box 6x2Trailer: box semi-trailer, tandem, bolter, and Gigaliner (dolly + semi-trailer)Trailers, semi-trailers, GigalinerAutomatic transmissionRetarder/IntarderDriver cardSolo drivesVehicle repaints with Steam Workshop supportEconomic systemFound your own companyComplex route planning with combined routes and rest timesPurchase trucks and trailersHire driversLeaving vehicles is possible and required