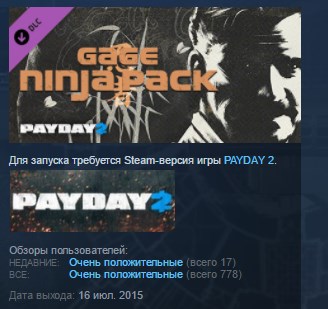 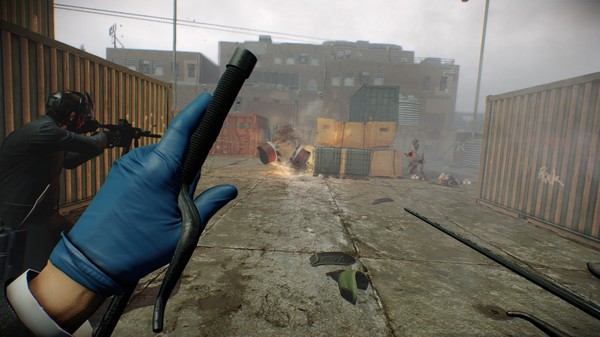 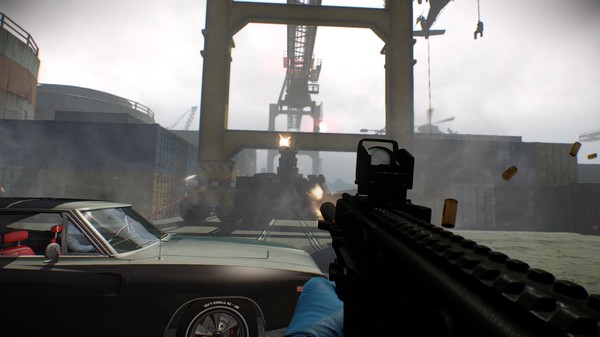 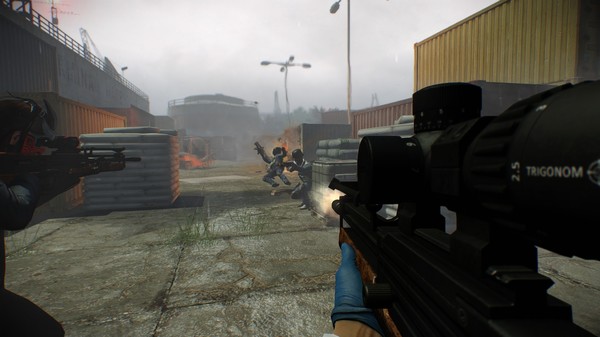 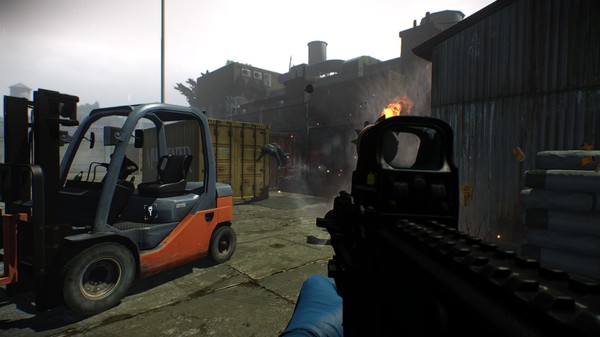 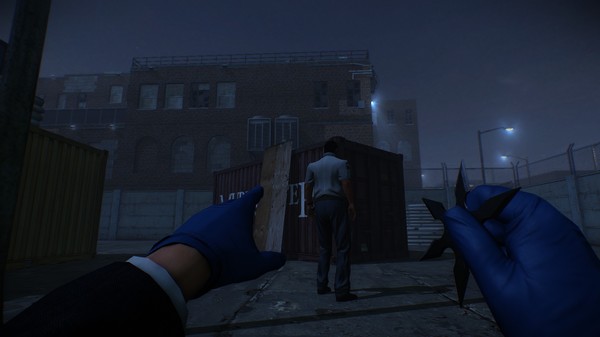 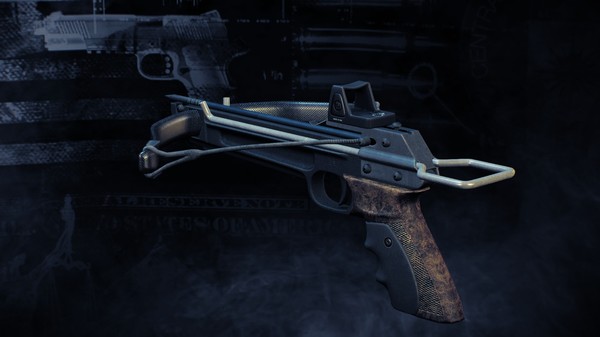 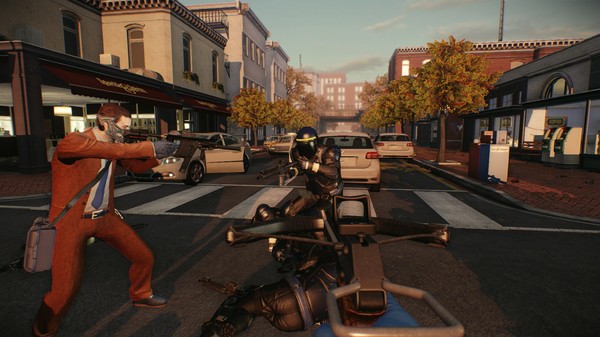 The Gage Ninja Pack DLC is the 26th DLC pack for PAYDAY 2 and adds an array of Ninja weapons that Gage brought with him from his travels to the east. Three new ranged weapons, four new melee weapons, Shuriken throwing star, a host of mods, four new masks, patterns and materials are also included.

Key Features
•Pistol Crossbow – Any object can be used as a weapon if you do it right, sure. It´s just easier when the object is a small crossbow capable of firing sharpened bolts which can be coated in poison or set to explode, that´s all.
•Lebensauger .308 – Denmark´s most famous assassin´s weapon of choice. Bullpup design and semi-automatic made its wielder highly mobile and efficient when the targets were more than one.
•Kross Vertex – The shadows play tricks with us all, it´s just hard to know when they are disturbed by the candle flickering in the wind or the rapid muzzle flashes of a high performance submachine gun.
•Poisoned Arrow – If we can slap a small stack of dynamite cubs on and call it an arrow, wait ´til you lay your eyes on this beaut! Syringes filled with venom from a Diamondback rattler, a stick and a feather is all you need to keep even the strongest of rustlers at bay. The Poisoned Bow Arrow does not require the Gage Ninja Pack DLC to use.
•Shuriken throwing star – Twinkle, twinkle ninja star. Tear through armor from afar. Sharp and poisoned, kill them all. Pick them up as dozers fall.
Introducing the new Shuriken throwing star. With their poison coating you can potentially throw all of them in quick succession and clear a room just as efficiently as any explosives. They can be picked up after they´ve been thrown as well.
•6 Pistol Crossbow Weapon Mods – A total of six Pistol Crossbow Weapon Mods have been added to the game.
•Four new melee weapons – Includes the Kunai Knife, a poison dipped knife. The Talons, originally used to scale walls and trees. The Okinawan Style Sai, and last but not least - the Empty Palm Kata.
•Four new masks – Inspired by asian legends of old that have been long forgotten.
•Four new patterns – Enjoy four new patterns inspired from the far east.
•Four new materials – Four fascinating and new materials have been added.
•4 new achievements to unlock – We´ve added four new mysterious achievements for you and your friends to unlock.