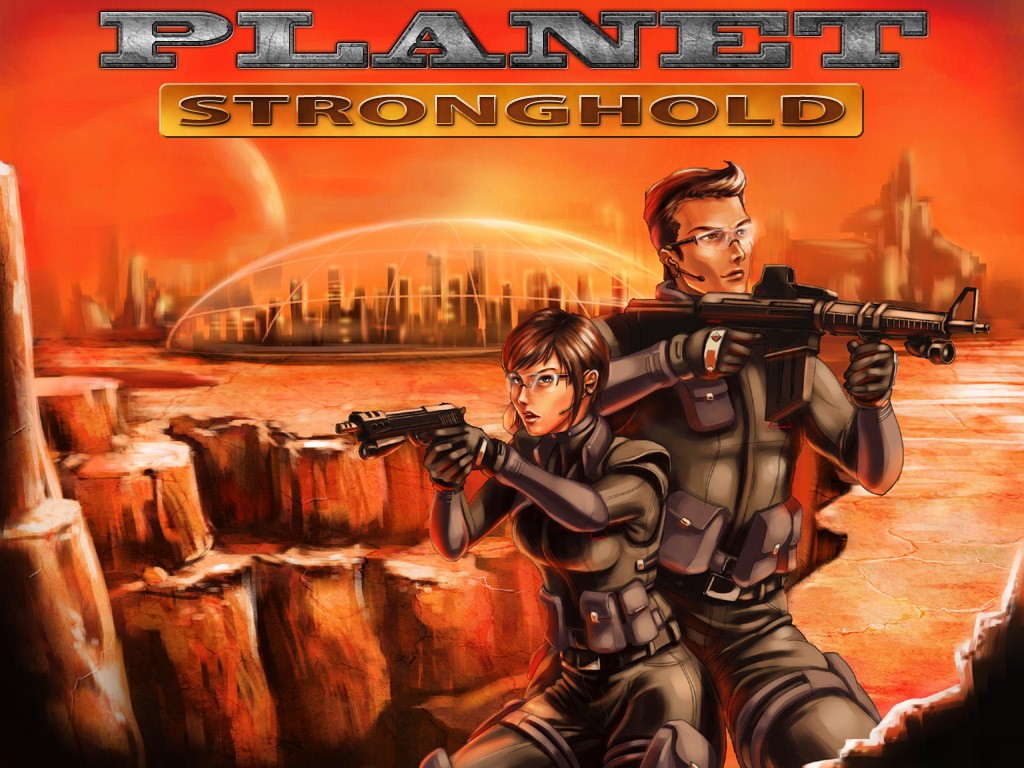 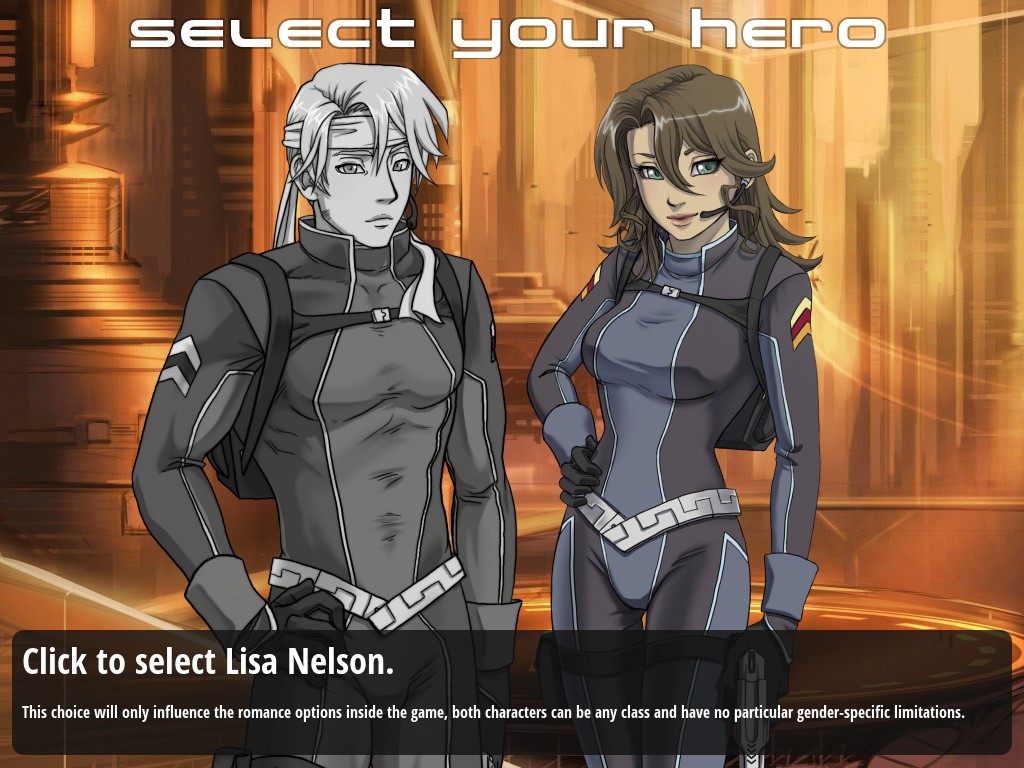 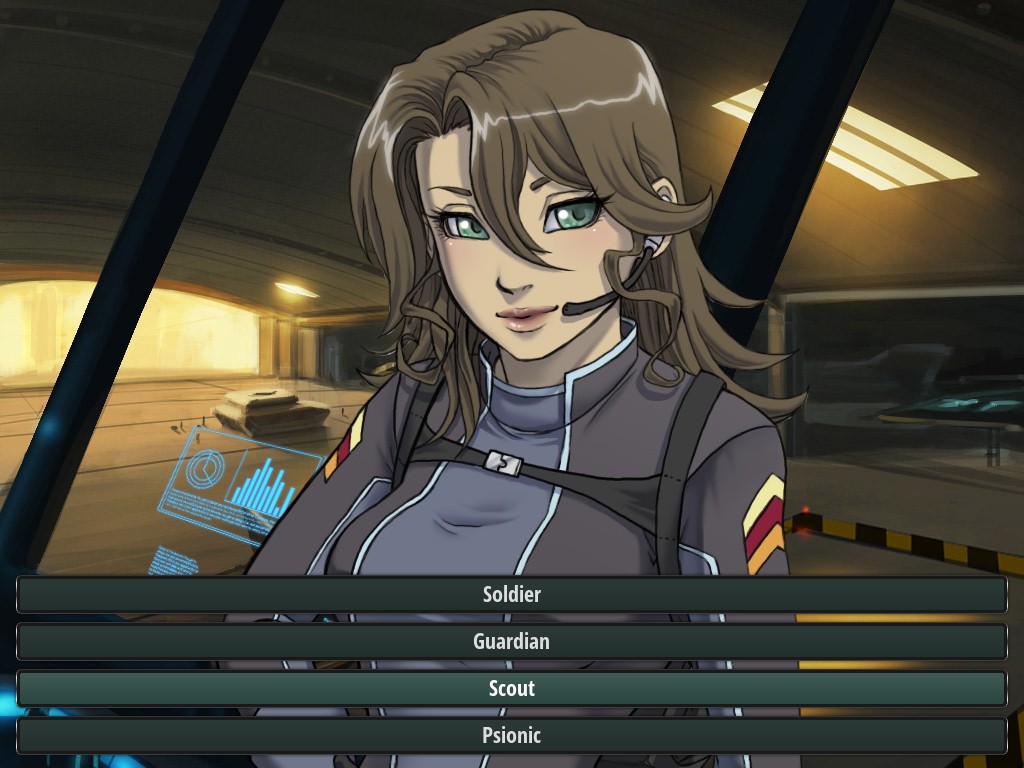 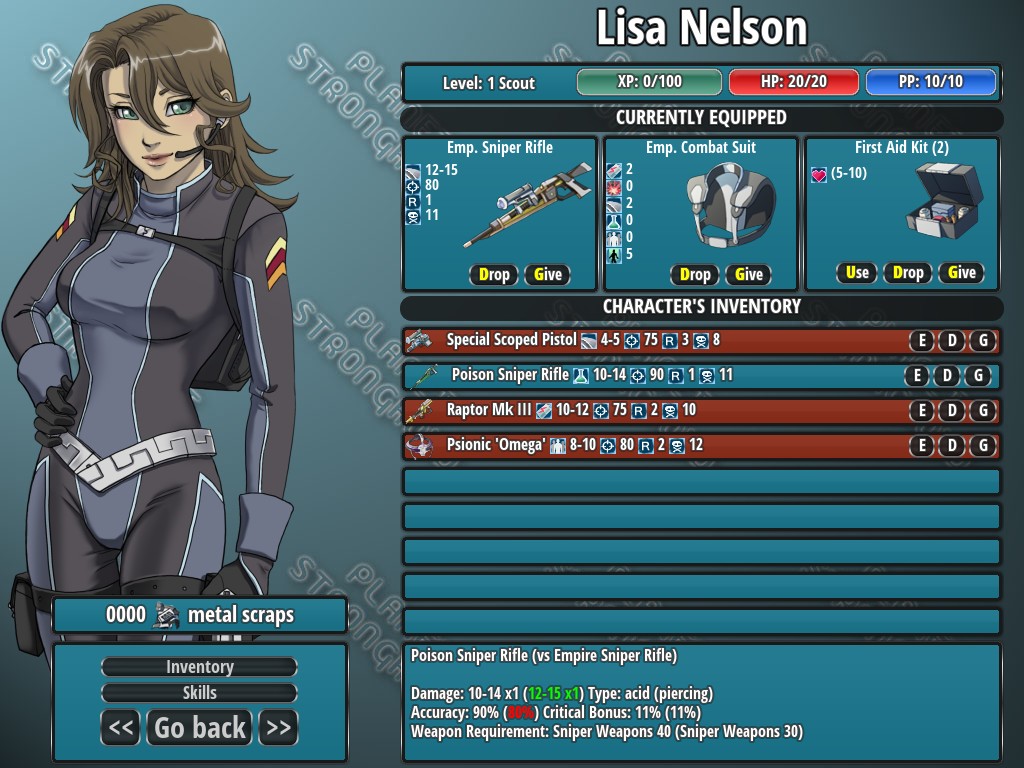 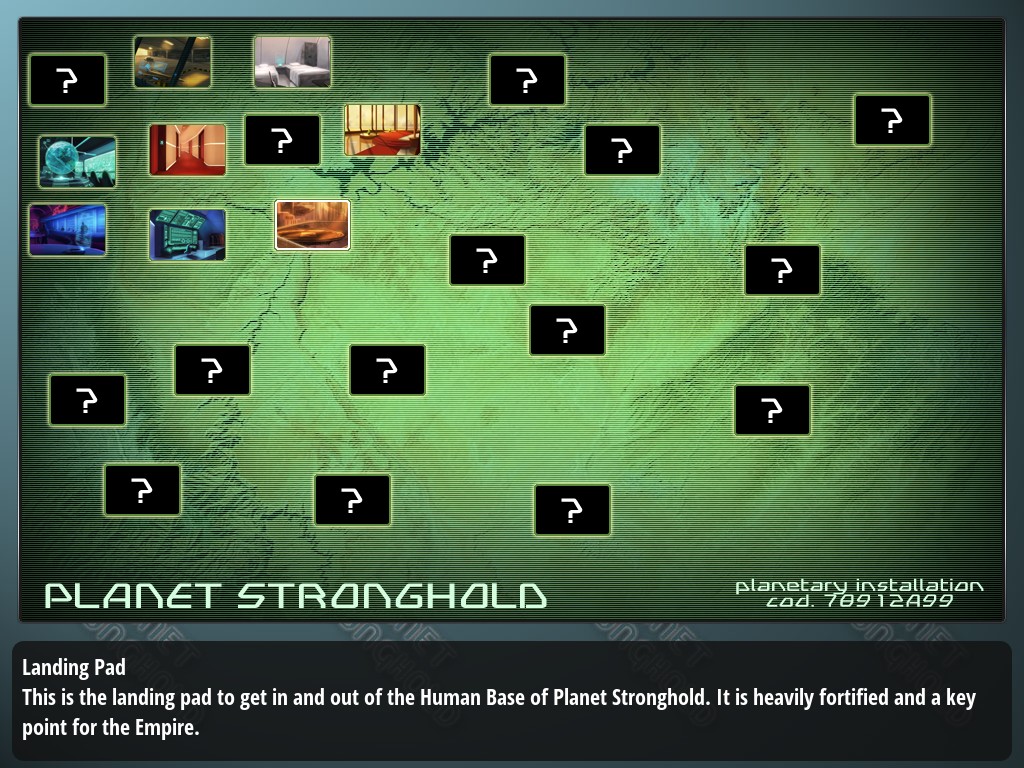 Planet Stronghold is a sci-fi role-playing game with a turn-based combat system.You take the role of a young, new recruit that somehow gets assigned to the most well-known, and well-defended, human outpost in the whole galaxy: Planet Stronghold.As the story goes on, you´ll have to choose a side in a a war that will change the destiny of the planet, and of humankind, forever.Featuring old-school turn based tactical battles, a dynamic plot that changes based on your choices, several possible solutions to each situation using various non-combat skills, Planet Stronghold delivers a very high replayability! Game Features- Play as male or female, six characters to date including homosexual romance- Four classes, many quests, dynamic plot for high replayability- Old school RPG turn-based gameplay with many stats and items- Over 40 unique enemies to fight including some "boss fights"- Use non-combat skills like Explosives, Science, Sneak- Craft over 80 extra weapons and armors- Downloadable Soundtrack and Official Strategy GuideOther games by Winter WolvesAlso available from Winter Wolves, Loren The Amazon Princess, a turn based fantasy RPG!Useful linksWinter Wolves Official Site (find all the games made by us, also available for mobile platforms) Winter Wolves Facebook page (become a fan to be informed on the latest news)Winter Wolves Forums (join it to receive help and info about the games)