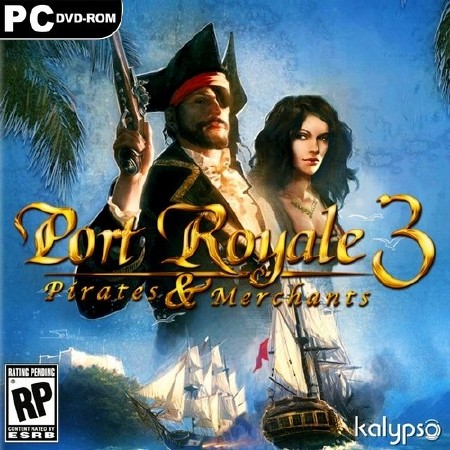 Uploaded: 30.06.2014
Content: port_royale_3_4.jpg 104 kB
Loyalty discount! If the total amount of your purchases from the seller GameCod more than:
If you want to know your discount rate, please provide your email:

Subscribe present case within 48 hours after writing a comment.
Warning !! Gambling Review - You warrant that you have read all the conditions for a gift, and if something is not clear - ask.

***************
Russian Language
Platform: PC
Activation via the Internet in the game
Region: Russia, Ukraine and other CIS countries

CAUTION The key can not be activated on Steam and Origin.

«Port Royale 3 promises to be a unique confluence of economic strategy and simulation of naval battles."

Here the Caribbean Sea and rugged XVII century. The mighty kingdom of Spain, England, France and the Netherlands fight for ownership of rich colonies, you are - the young captain, whose dream - to become the most powerful man in the New World. This can be achieved in two ways: who you are in the shower, trader or adventurer?

By embarking on the path of the adventurer, you lead a fierce campaign for supremacy over the waters: you attack the coastal settlements, fighting pirates and capture rich booty. Create your own empire in the Caribbean is not easy, and it is unlikely you will have time to engage in trade.

On the contrary, the way a merchant greatly increase your well-being. To become the richest merchants of the New World, you will have to pave the trade routes, build and manufacture enterprise and develop the economy of the colonies.

Of course, free play mode allows you to combine these ways to win and write the history of its own page, which will belong to you.

For the first time in the history of popular games Port Royale series, you can invite your friends into beautiful and deceptively peaceful waters of the Caribbean Sea. Network mode lets you play four on the local area network (LAN) or the Internet. Create a prosperous trading company, destroy enemies in a beautiful three-dimensional naval battles and put your opponents to their knees!

Features:
- Two separate single player campaign: Adventurer and Trader
- Adventurer waiting for naval battles, raids and rich booty; The trader should pave the trade routes and the Caribbean to develop the economy in order to gain fame, influence and wealth.
- 16 different types of ships, from the mighty galleons to rapid frigates
- Organize trade between 60 different cities of Port-au-Prince to Tortuga
- Multiplayer mode, which includes up to 4 players at a time
- Expanded trade system in which supply and demand affect the price and availability of goods, just like in the real world.

\u003cdelivery\u003e This product is distributed through the digital distribution, it represents the only pin and does not contain any packages and boxes. \u003c/delivery\u003e

Instructions on how to activate the key:

Key is activated in the game