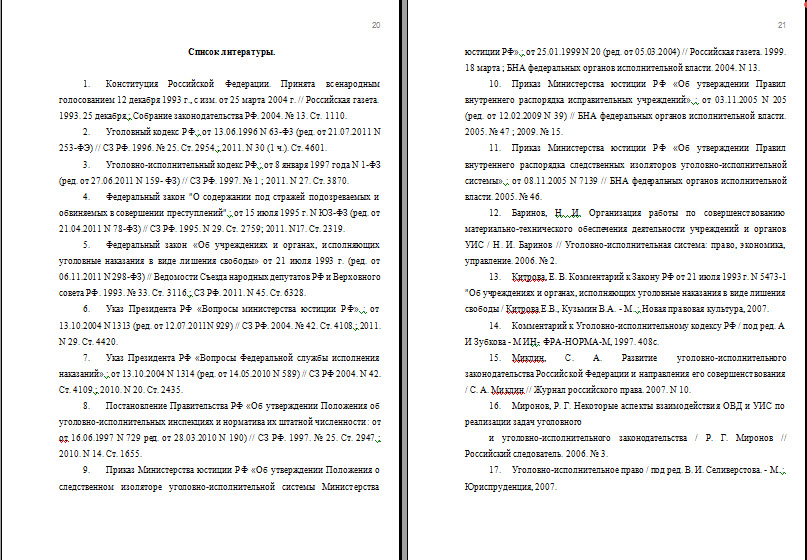 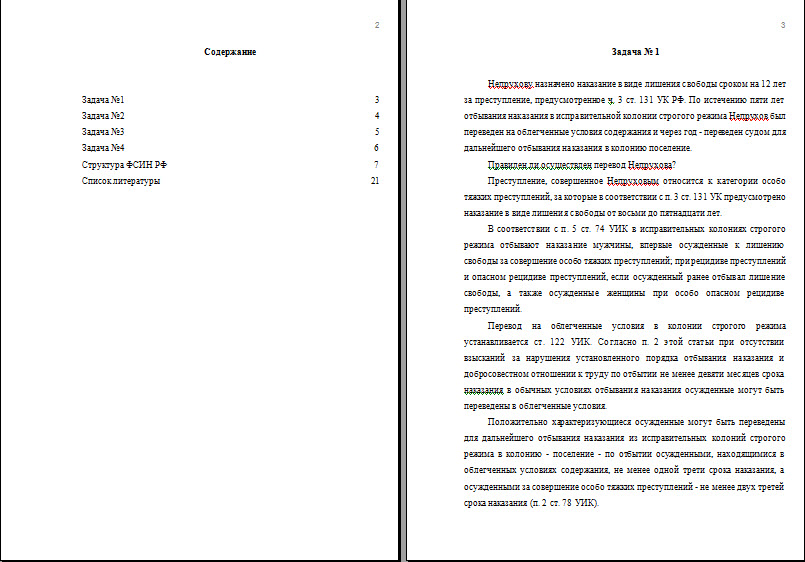 AntonV2 information about the seller and his items
offlineAsk a question

Offer to gain the checking work on criminal-executive rule;govern.

Answers are presented In work on the following problems:

1. Nepruhovu is fixed punishment in the manner of deprivations of the liberty for 12 years for crime, pre dusmotrennoe ch. 3 cl. 131 UK RF. On outflow five years of отбывания punishment in corrective kolo nii strict mode Nepruhov was translated on relieved condition of the contents and in year - pere veden court for the further отбывания punishments in colony settling.
Correct is realized translation Nepruhova?

2. Sidorov, earlier judged for crime, provided by ch. 1 cl. 111 UK RF, was осужден newly on ch. 1 cl. 105 UK RF to fifteen years of the deprivation of the liberty with отбыванием ten years in prison.
It is Correct is determined a type corrective institutions?

3. For completion of the crime, provided by ch. 3 cl. 213 UK RF, Nikitskiy was осужден to deprivation of the liberty for period five years with отбыванием in reform school of the general mode.
Earlier Nikitskiy was осужден on ch. 1 cl. 213 to one year corrective work. The Order of the chief BLUE-GREY Nikitskiy, as skilled grayish blue, was left in investigstion izolya tore for work execution on economic service. Itself Nikitskiy remonstrated against his(its) os tavleniya in BLUE-GREY.
Lawful actions of the chief BLUE-GREY?

4. Pleshenko, convicted for the first time on ch. 1 cl. 109 UK RF, to three years of the deprivation of the liberty, left the punishment in colonies-settling. For fraudulent breaches of the installed order of отбывания punishment in colonies-settling he was presented to translation for the further отбывания punishments in colony strictly mode.
It is Correct presentation convicted Pleshenko?

But in the same way answer is presented in work on the following question:

5. Describe structure FSIN (federal service of the performance of the punishment) RF

Spare itself time, nerves and power! ;)

Related to item "Problems on UIP":