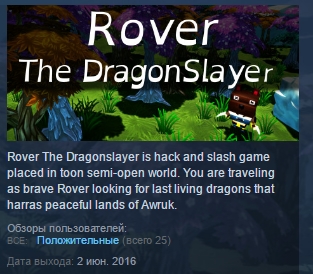 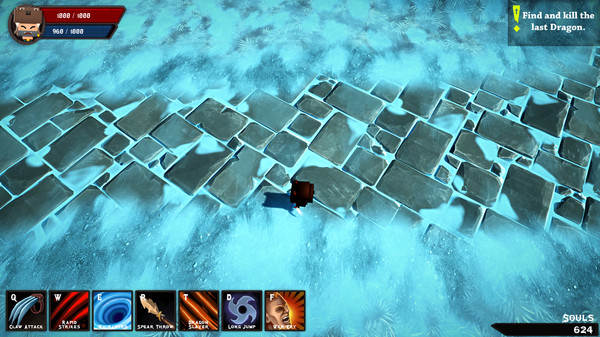 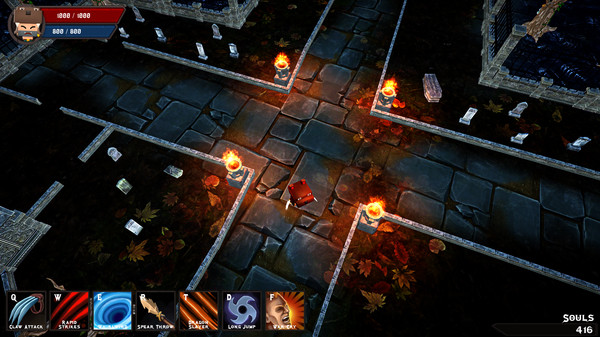 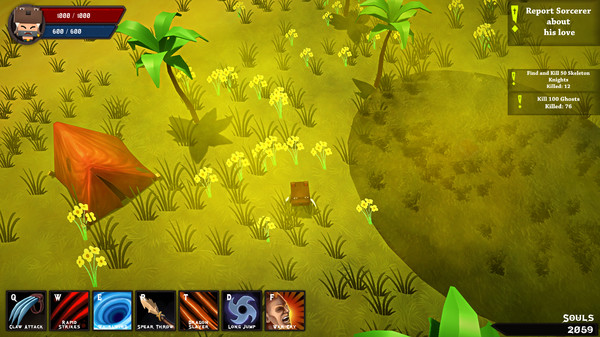 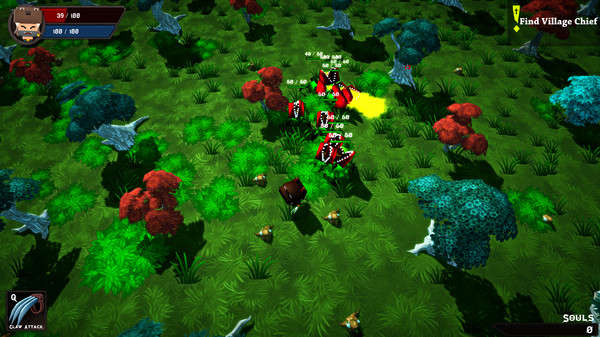 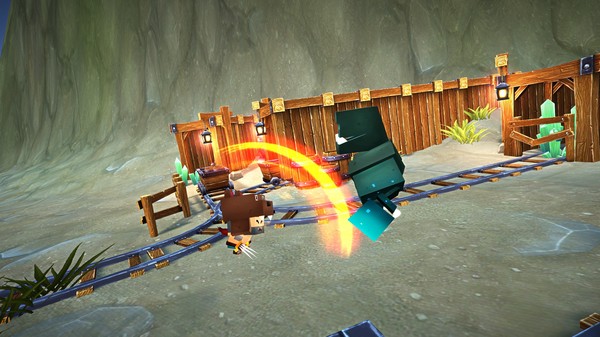 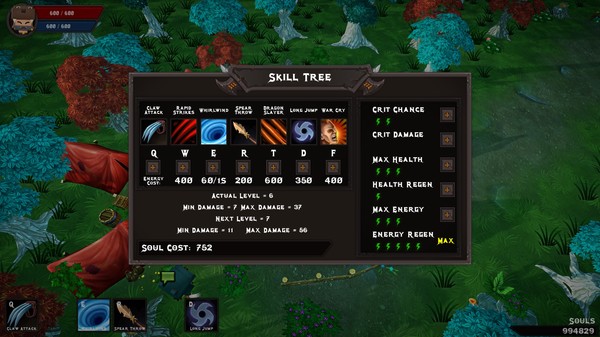 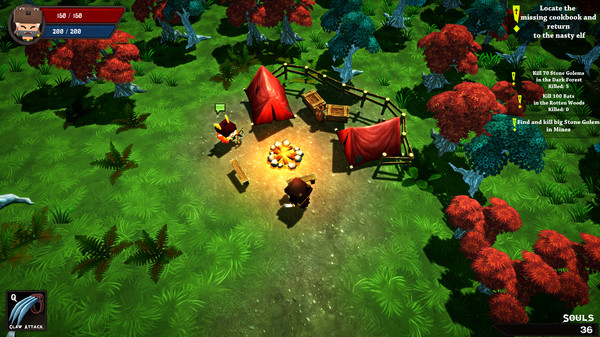 Rover The Dragonslayer is hack and slash game placed in toon semi-open world. You are traveling as brave Rover looking for last living dragons that harras peaceful lands of Awruk.

Not all places that you will visit, will be friendly to you. You will have to face with mysterious forests, hot desert sands, snow-storms and many different obstacles.
During exploration you will meet a lot of dangerous monsters. Killing them will give you the opportunity to collect their souls which help you to improve many of your different skills.

Brace yourself for exploring interesting places, many deadly, fearsome fights and a lot fun!!
Remeber, the fate of the Awruk lays in your hands.

Rover was a quiet hunter in a small village in the north Awruk, in which everyone had for each other enormous sympathy. Daily duties and weekend feasting made the lives of the inhabitants elapsed in carelessness and serenity.
But one friday night, when all were preparing to feast, the village was attacked by dragons.
No one managed to escape alive, anyone who was at this time in the village. Only rover survived because he was at this time in the neighboring village. When he returned, he saw the devastation made by the dragons.
Rovers heart broke in half and then he decided to take revenge. The hunter has become the dragon slayer and swore himself, that he will not rest until he kill all living beasts of Awruk.
Did he succeed?

THE SIMS 4: GET TOGETHER DLC REGION FREE MULTILANGUAGE