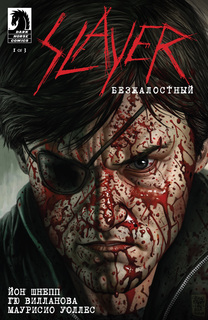 Uploaded: 03.11.2019
Content: text 151 symbols
Loyalty discount! If the total amount of your purchases from the seller Kinolenta more than:
If you want to know your discount rate, please provide your email:

Kinolenta information about the seller and his items
offlineAsk a question

I know everything about the rock group Slayer, which is part of the big four Thrash metal. And so, they release a comic with them. The guy who gave us the animated series Metalocalypse is responsible for the script. The plot of the comic is based on video clips for the extreme Slayer album called "Repentless.

After payment you will immediately be given a link to YandexDisk with this comic for download. The program for launching the comic is in the archive along with the comic.