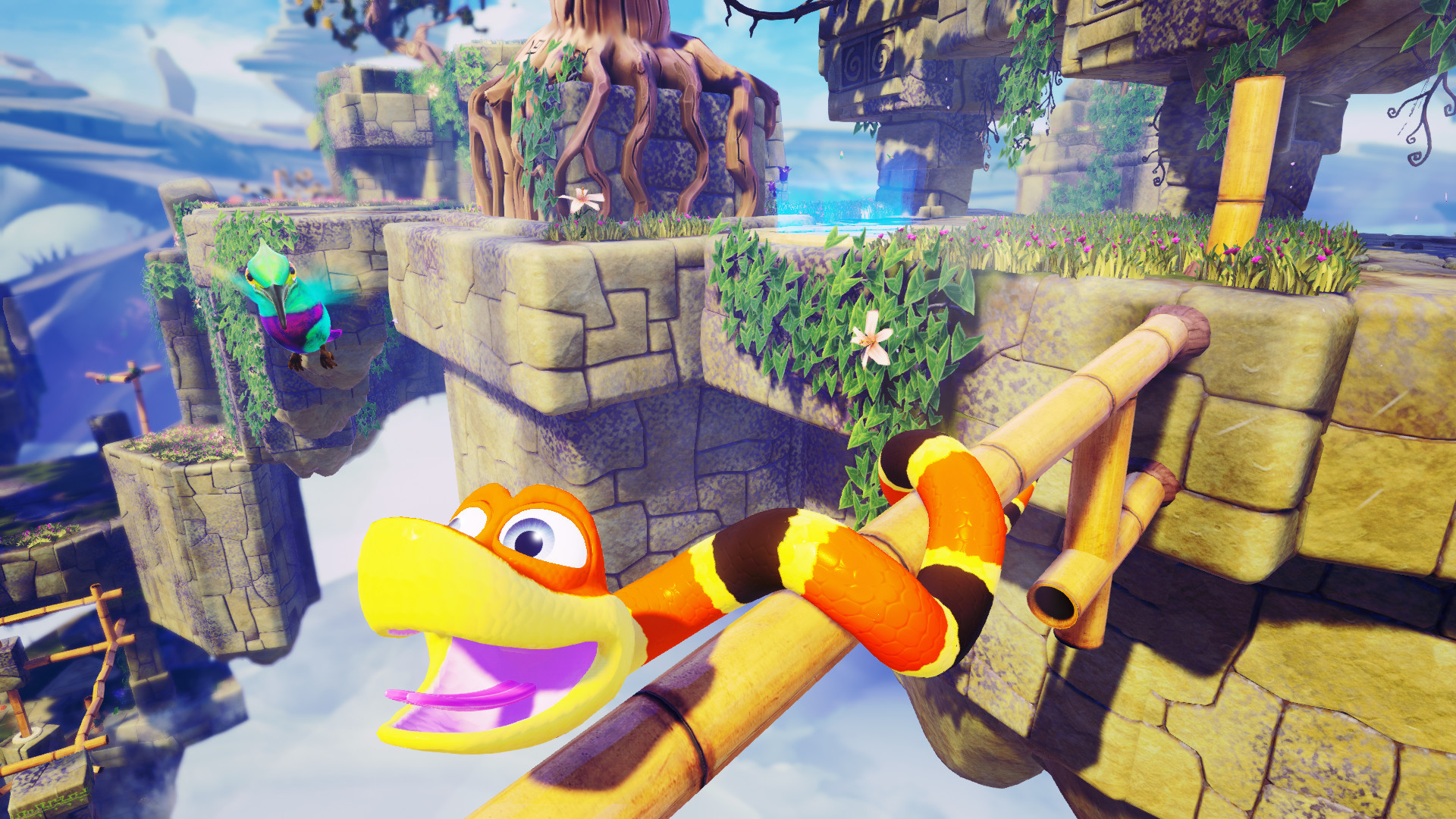 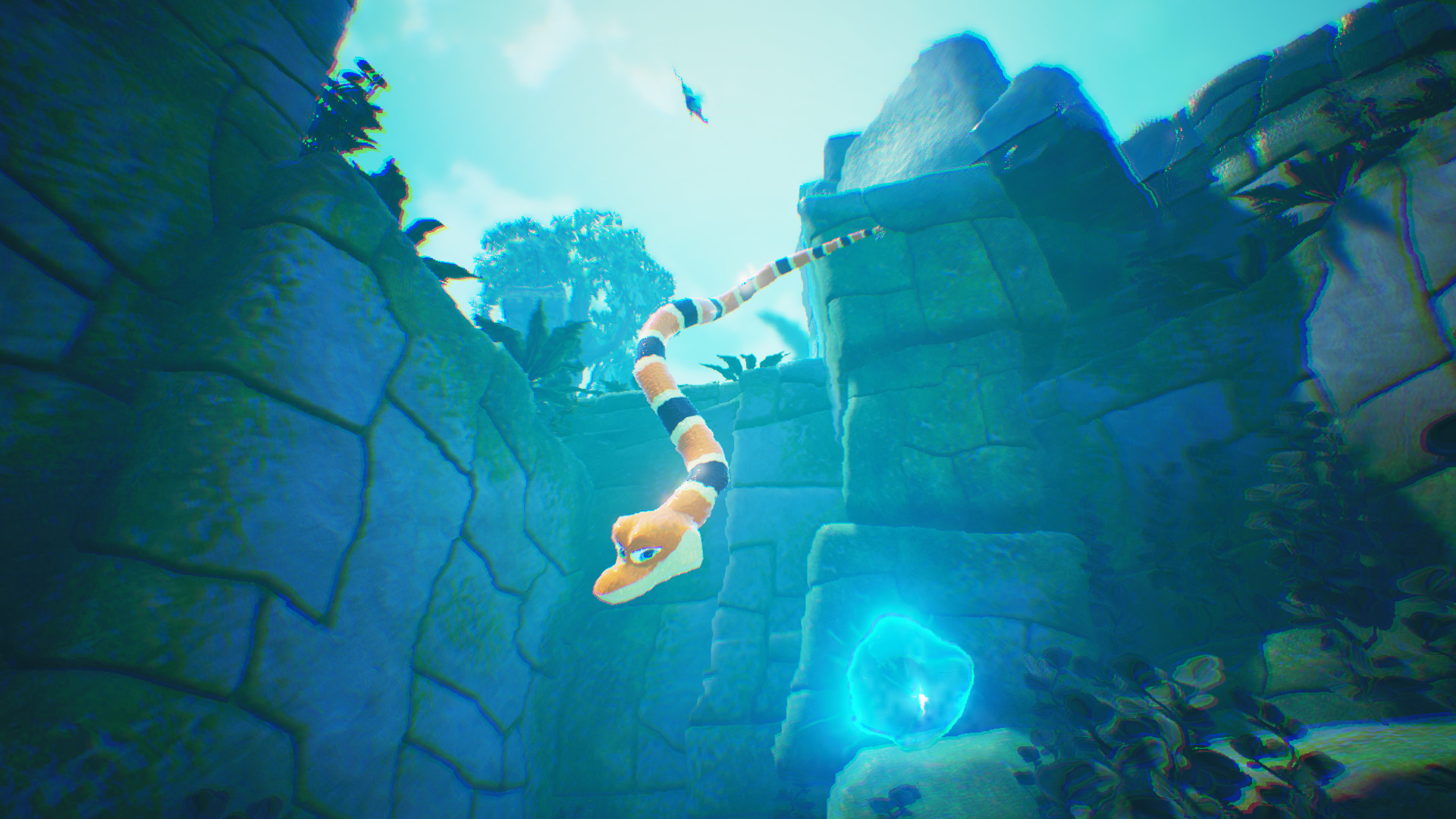 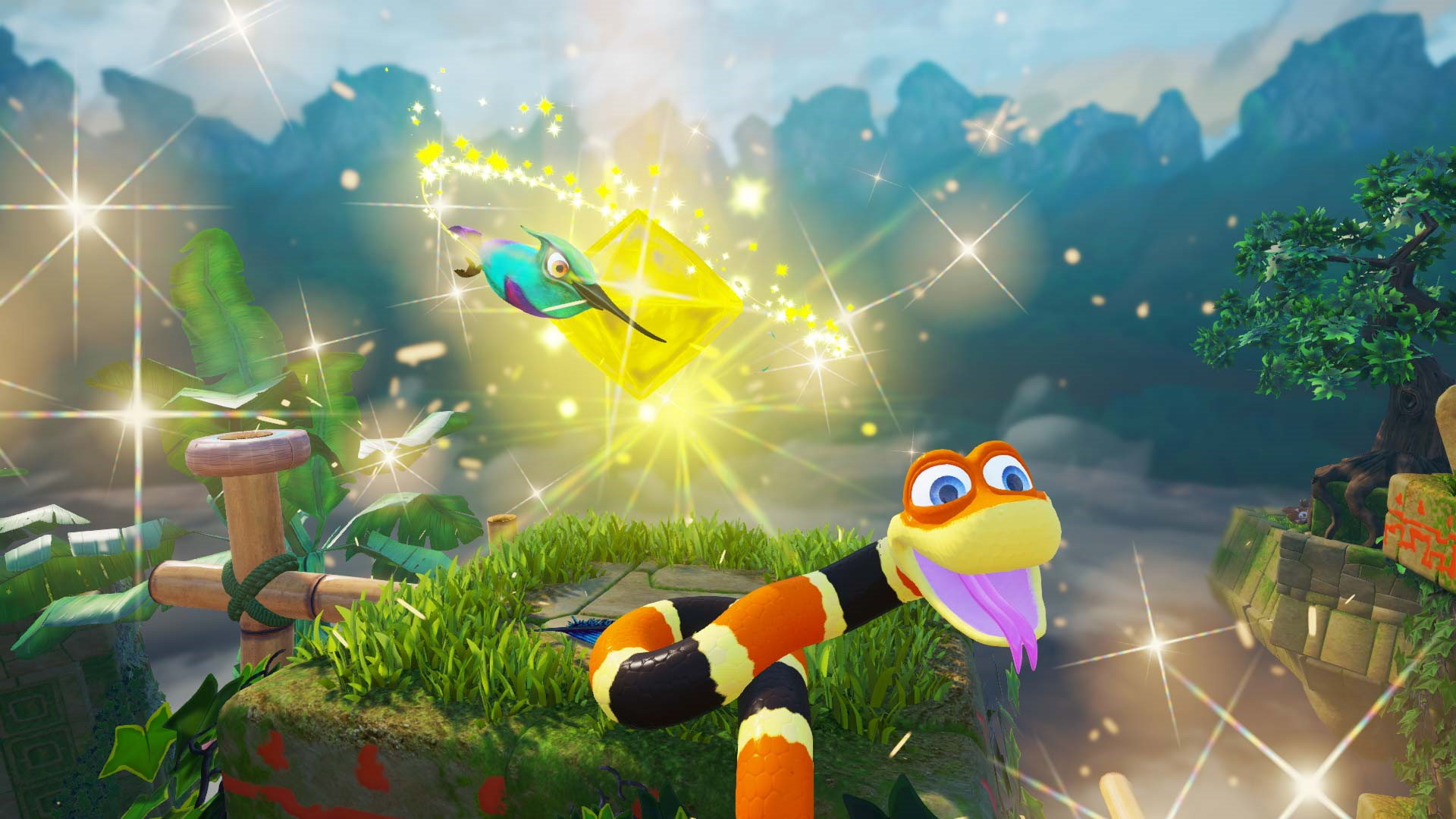 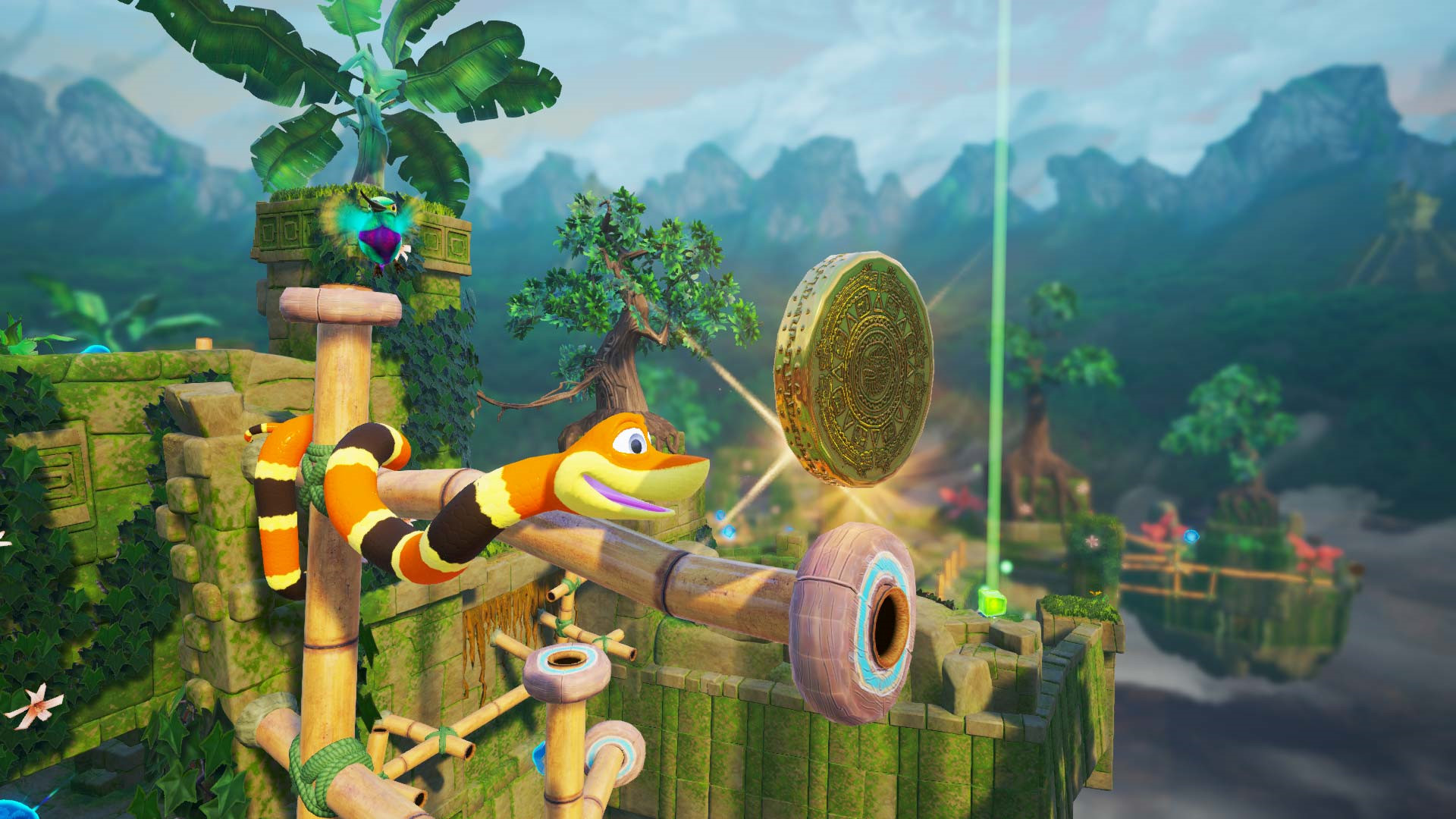 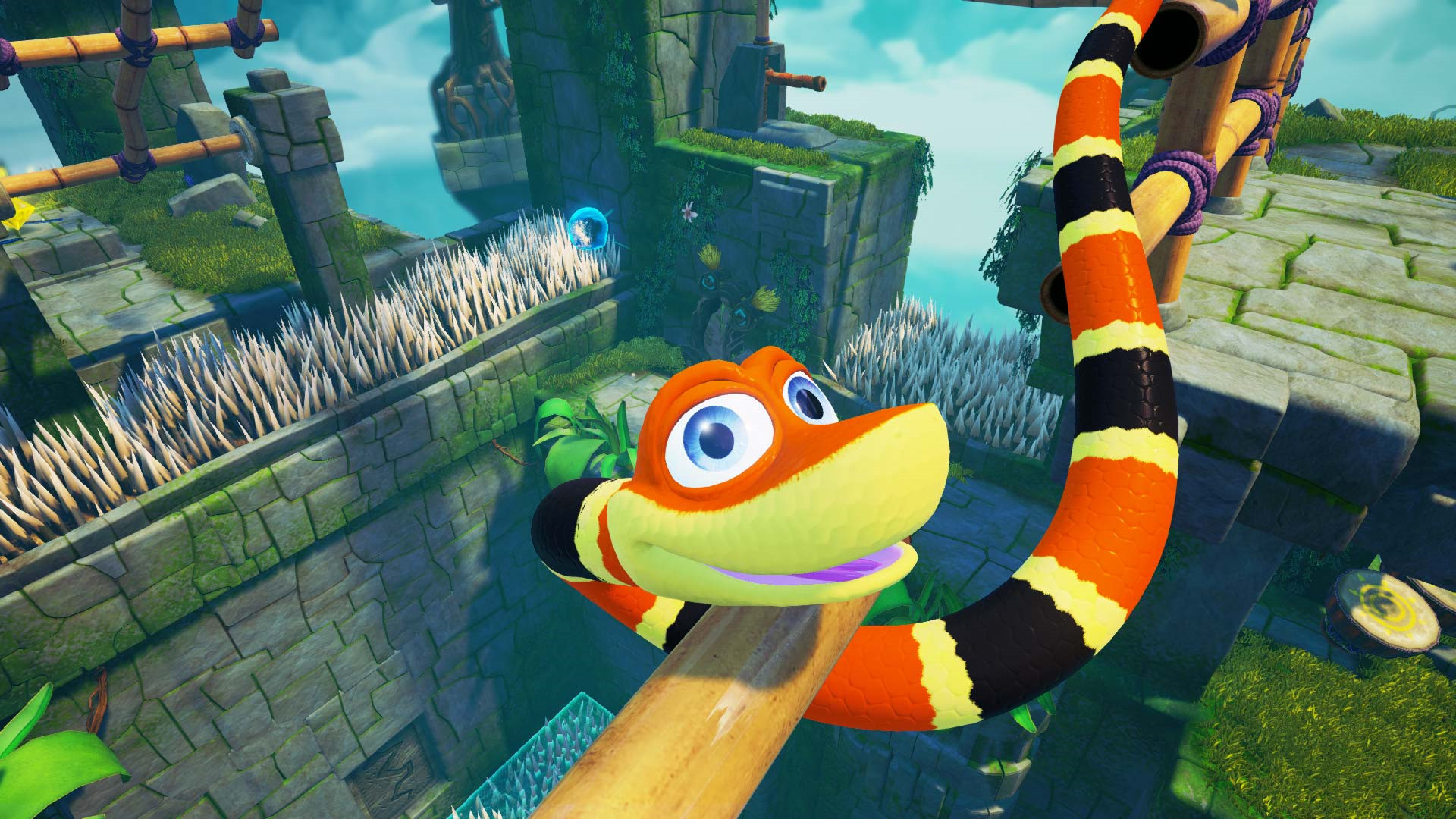 Think Like A Snake!When the tranquillity of Haven Tor is interrupted by a mysterious interloper only the unlikeliest of heroes can save the day! Meet Noodle the Snake and his hyperactive best friend, Doodle the Hummingbird, who together must reunite the missing Keystones with the magical gates that give Haven Tor its mythical power. A unique, physics-based puzzle platform game, Snake Pass challenges players to ‘think like a snake’ as they tackle precarious puzzles as only a snake can. Slither through long grass, coil around bamboo and climb out of trouble in the latest game from award-winning independent studio Sumo Digital! 15 brain bending, snake charming levels Master Noodle’s one-of-a-kind abilities Unravel the mystery of the nefarious gatecrasher Restore Haven Tor to its former glory Slither into every nook and cranny in search of cunning collectibles A brand-new soundtrack from fan favourite composer David Wise Unlock Time Trial mode and compete to be the slickest slitherer in the worldThe winner of Sumo Digital’s inaugural Game Jam, Snake Pass was created by Seb Liese as a love letter to both the favourite games of his youth and his childhood pet snake. After winning, a full demo was produced and taken around various public shows where it was met with great enthusiasm by gamers of all ages. Buoyed by its success, full production began when the team returned home to Sumo HQ. The culmination has resulted in Snake Pass, a truly one of a kind game featuring the most unlikely of heroes; Noodle the Snake!