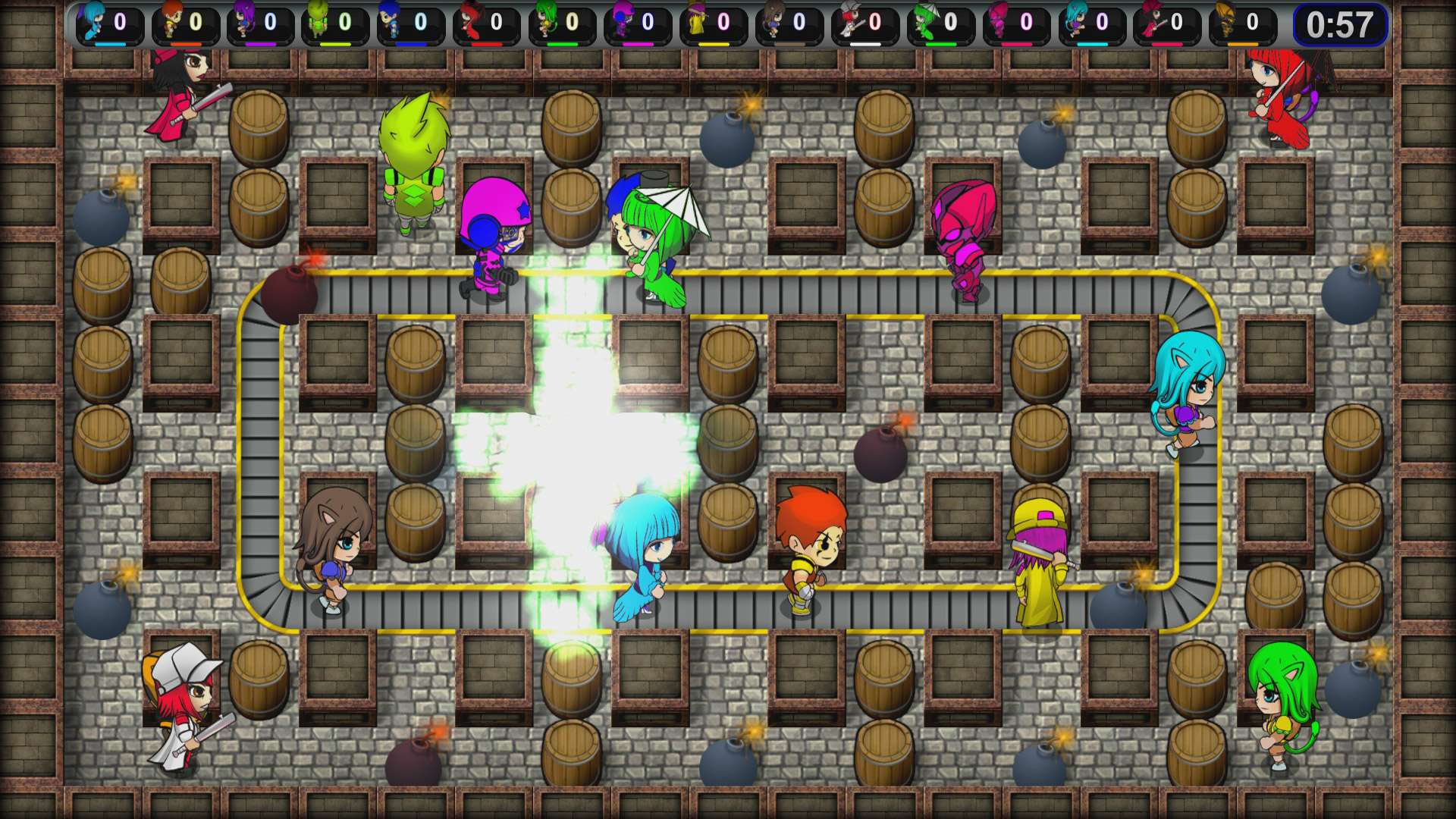 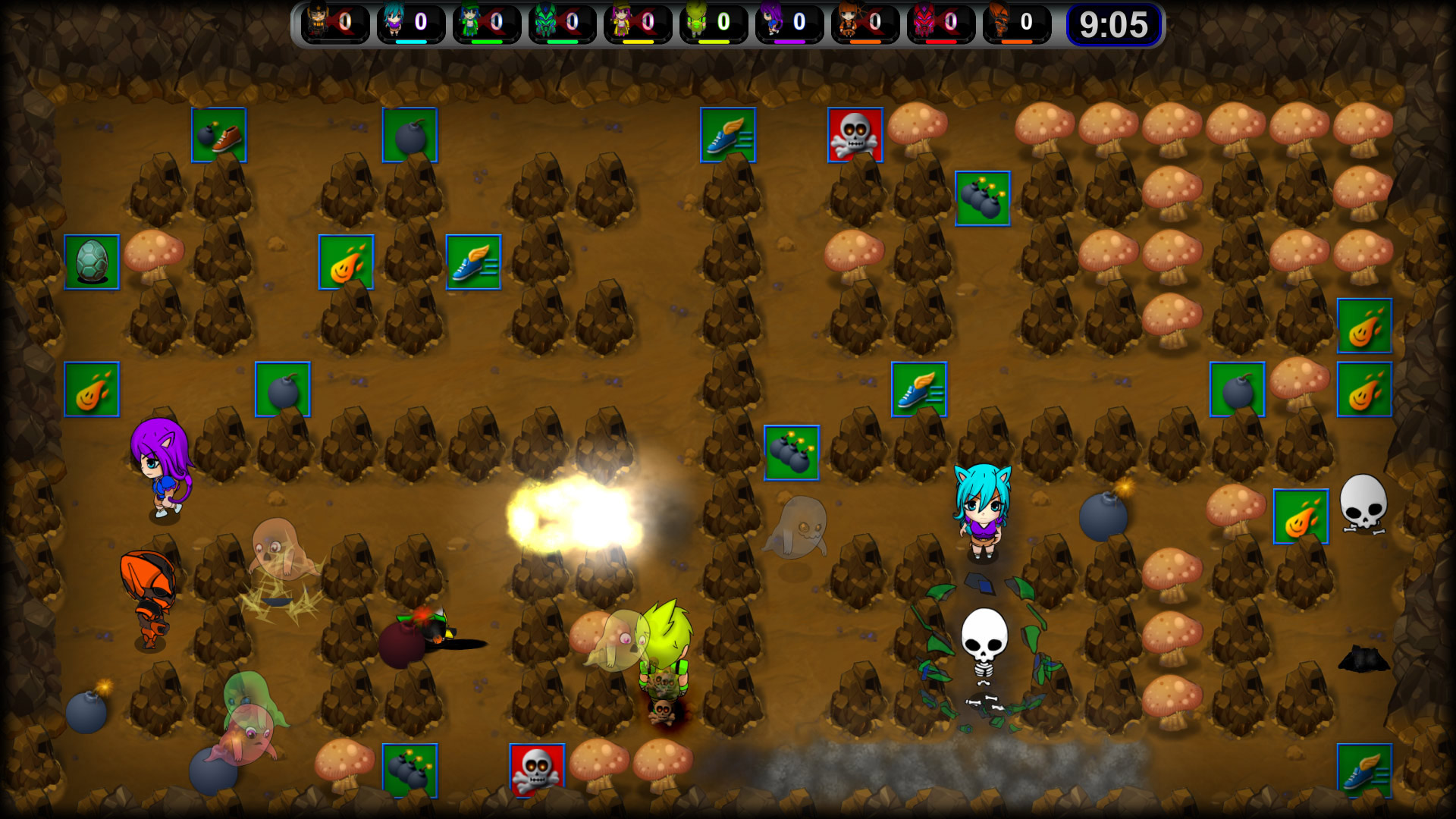 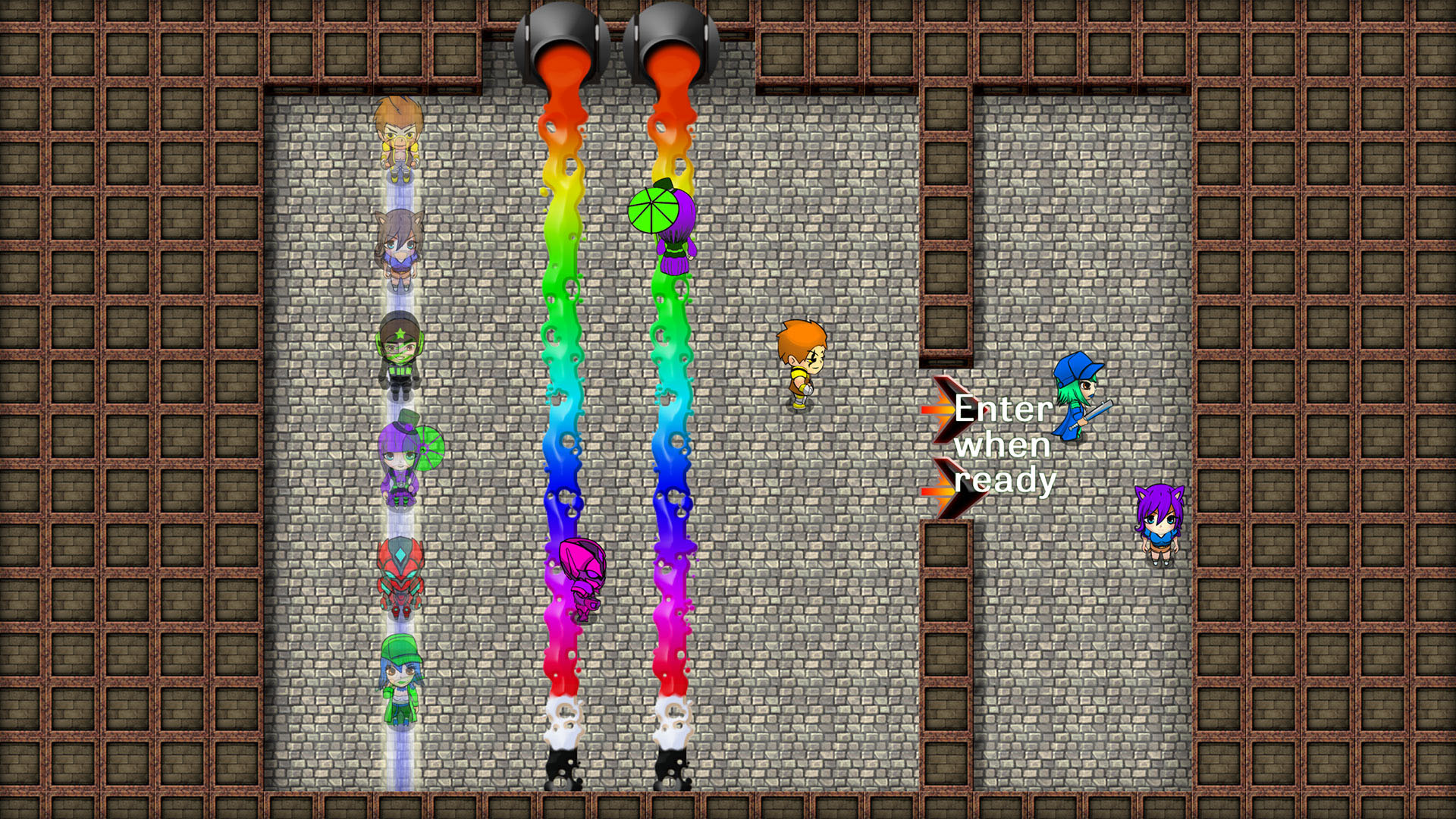 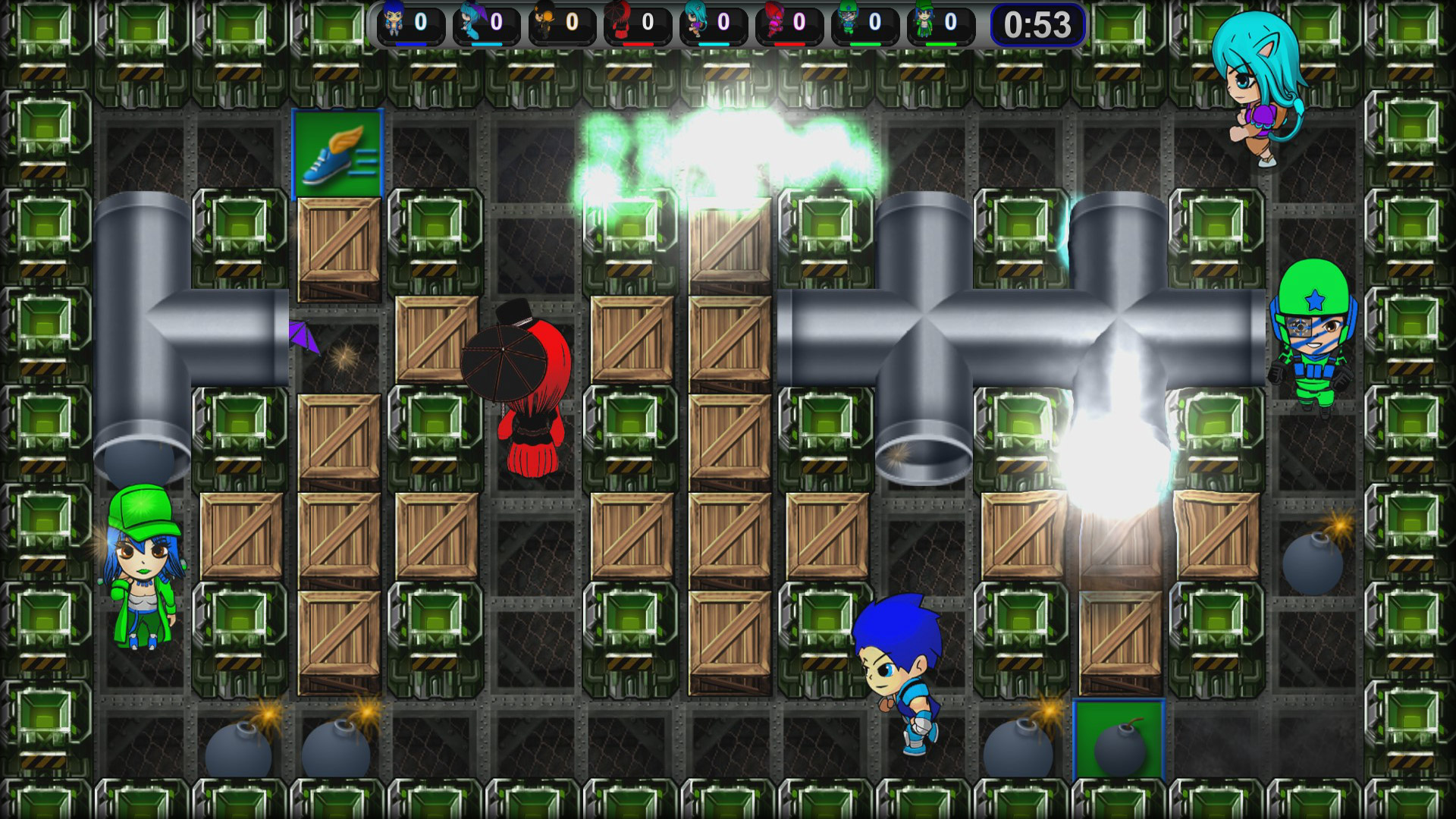 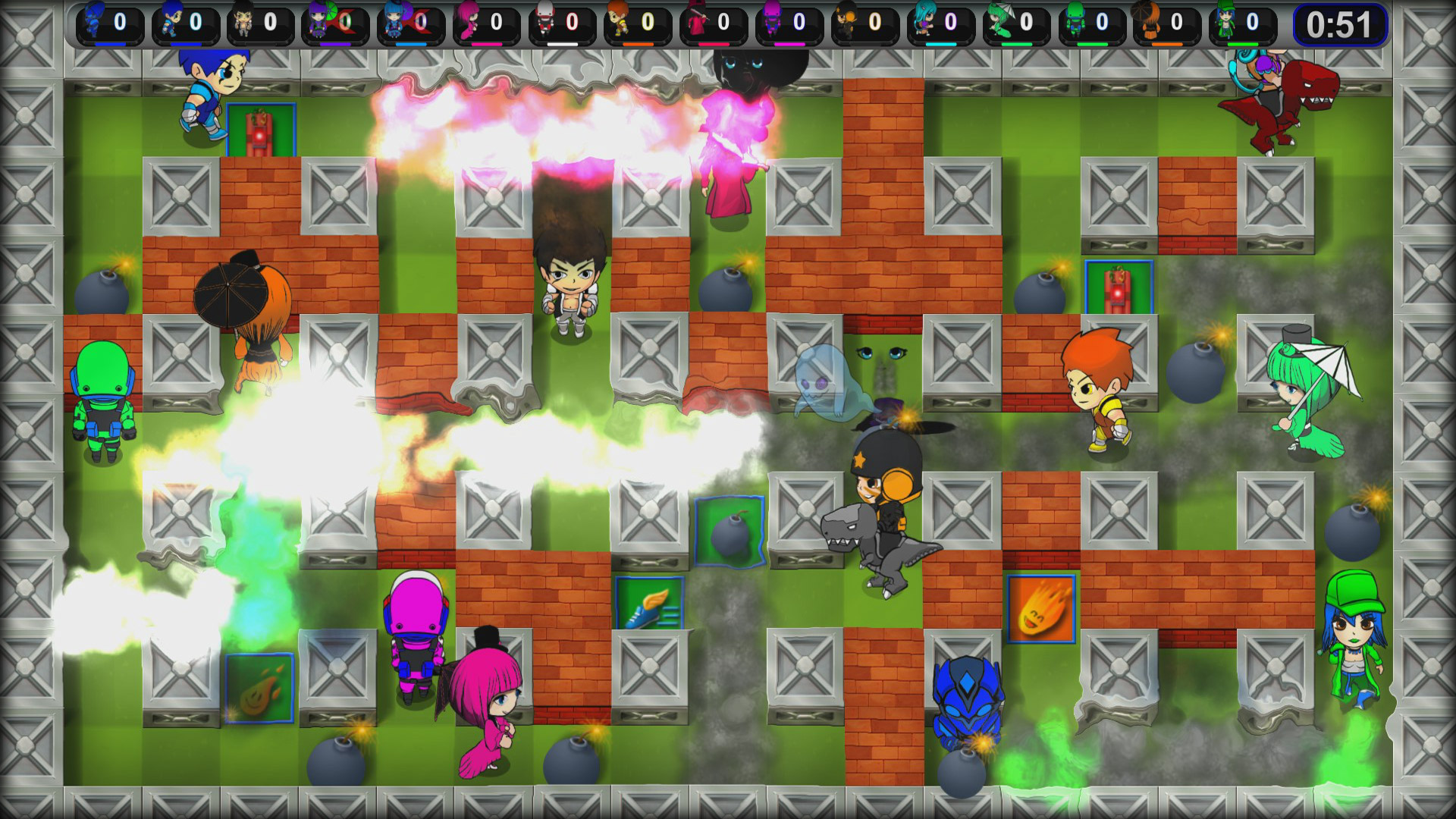 The classic couch competitive gameplay of games like Bomberman brought into the modern era. Place bombs, get out of the way, destroy your friends, collect powerups, ´splode your way to victory in a variety of game modes adapted for smooth multiplayer with virtually unlimited local players!Features Online multiplayer Ranking and Leaderboards As many local players as you can connect controllers for (4-20 recommended) Play against bots to practice or fill in a game Level editor, share custom levels Music by The Hamster Alliance Taunts Various game modes and settings including: Traditional "Last Man Standing" "Capture the Dino" - Fight over control for a mount in this game mode which keeps all players respawning and in the action until the end of the match Free for all or teams "Humans vs Bots" - a team of human players (online and/or local) vs large numbers of bots Special levels with different behaviors With post-mortem "ghost bombers," players can affect the game after they are defeated, so no one gets bored between matches Built on a custom engine supporting any number of any kind of controller, smooth performance on low-end hardware, and snappy online multiplayer even on high-latency connections with players from around the world