Sputnik of life on Earth 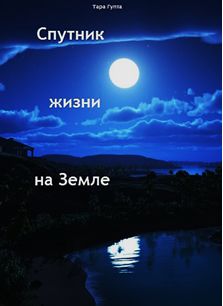 The moon is the most important planet, after the Sun.

The moon affects all spheres of life of living beings and plants on earth.

The moon has long captivated the imagination of people - after all, it is the brightest object of the night sky, allows you to see in pitch darkness. The moon is Light in Darkness. In ancient India, the moon was called the ruler of the planets.

In some peoples, the Moon was of much greater interest than the Sun, and countless myths and legends are associated with its circulation around the Earth.

Behind the Moon, the name "luminary" was firmly entrenched. The elevation to the rank of "star" emphasizes the importance of the night light in the individual horoscope, especially the female horoscope.

Systematic observation of the luminaries began in the III millennium BC. The first astrological texts appeared in the Old Babylonian time, and in the beginning only the movement of the Moon was interpreted in them.

The moon is the only natural satellite of the Earth, the second brightest object on the earth´s cosmic sky after the Sun.

The book consists of 11 parts, which for convenience of reading are divided into 11 PDF files.

Part 1 - What you need to know about the moon - Astronomical reference.

Part 2 - Goddess of the Night - Myths about the Moon.

Part 3 - The influence of the moon on the spheres of our life: health, love, rest, work, travel, parents and children, choice of profession, etc.

Part 4 - The Moon in Vedic Astrology. In India, the question "What is your zodiac sign?" almost everyone will call that sign of the Zodiac, in which, at the time of its birth, there was the Moon, and not the Sun.

Part 5 - The Moon and Karma. There are 4 fictitious planets and they are all karmic: the two Lunar Nodes, Lilith and Selena ...

Part 8 - Stones and Metals of the Moon

Part 9 - The moon in the signs of the zodiac. Tips for every day (handbook)

Part 11 - The Magic of the Moon. Moonlight energy Women will go to create the desired world around them or their families, fulfill the desire or attract love.

Related to item "Sputnik of life on Earth":