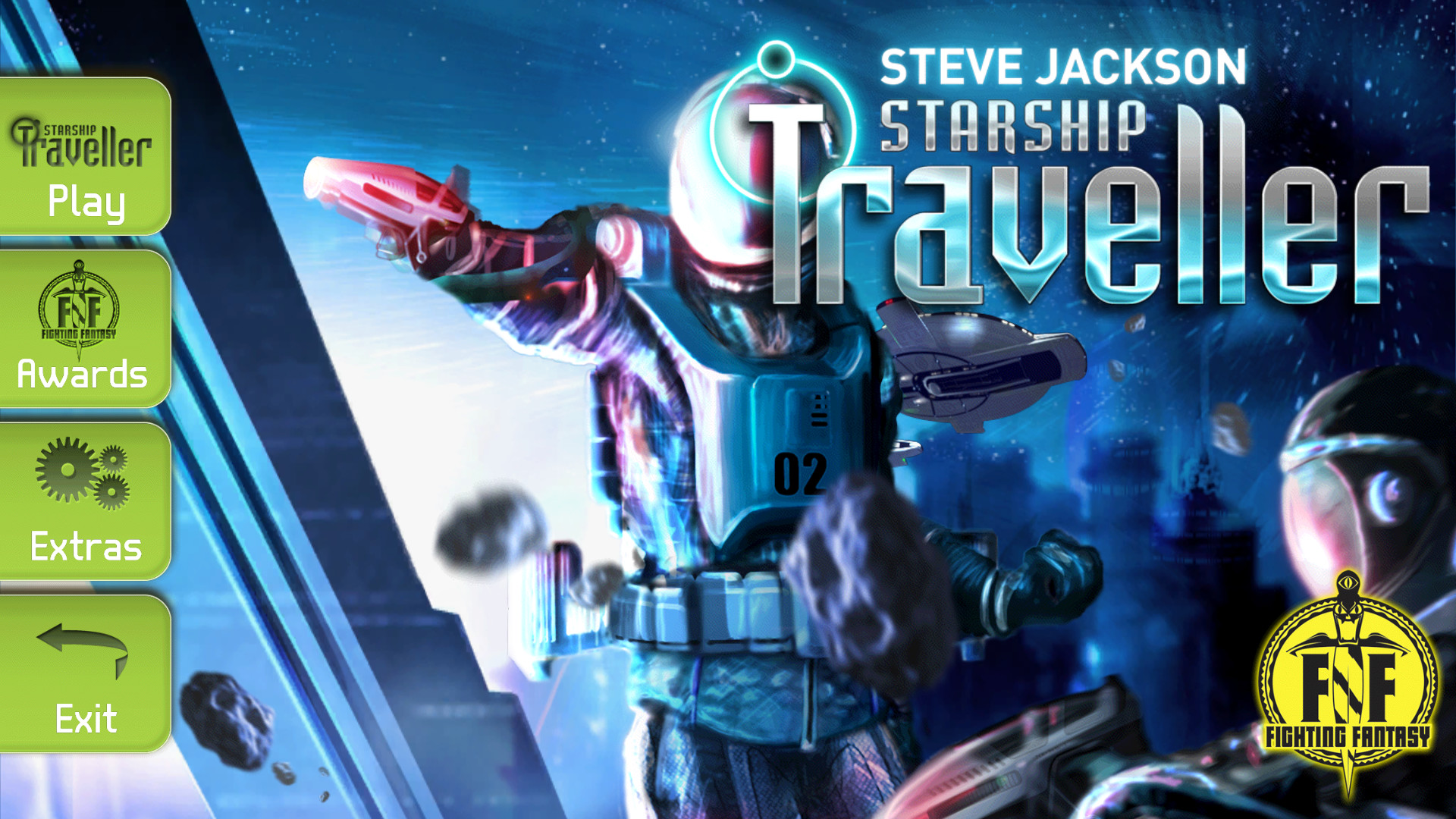 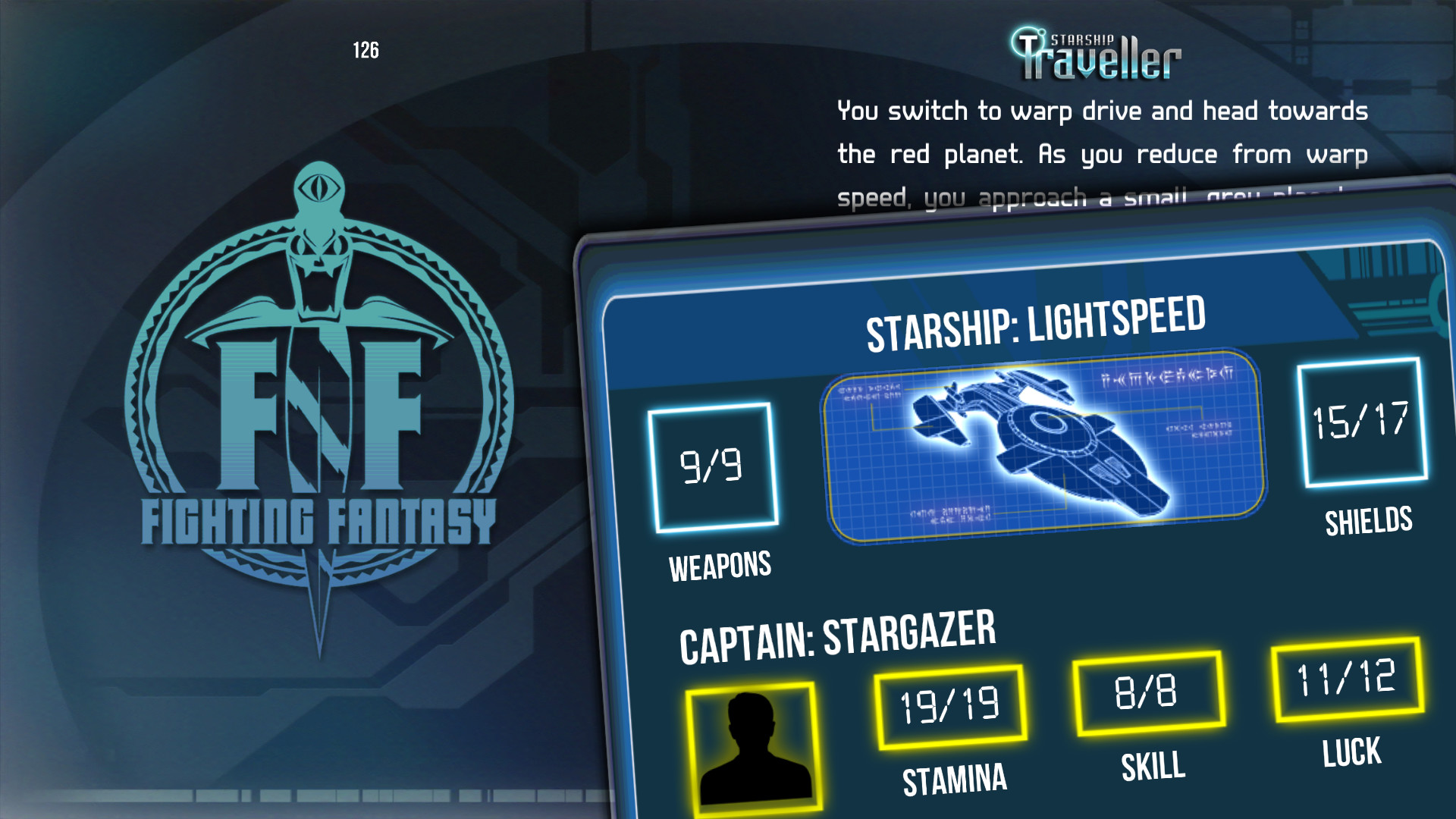 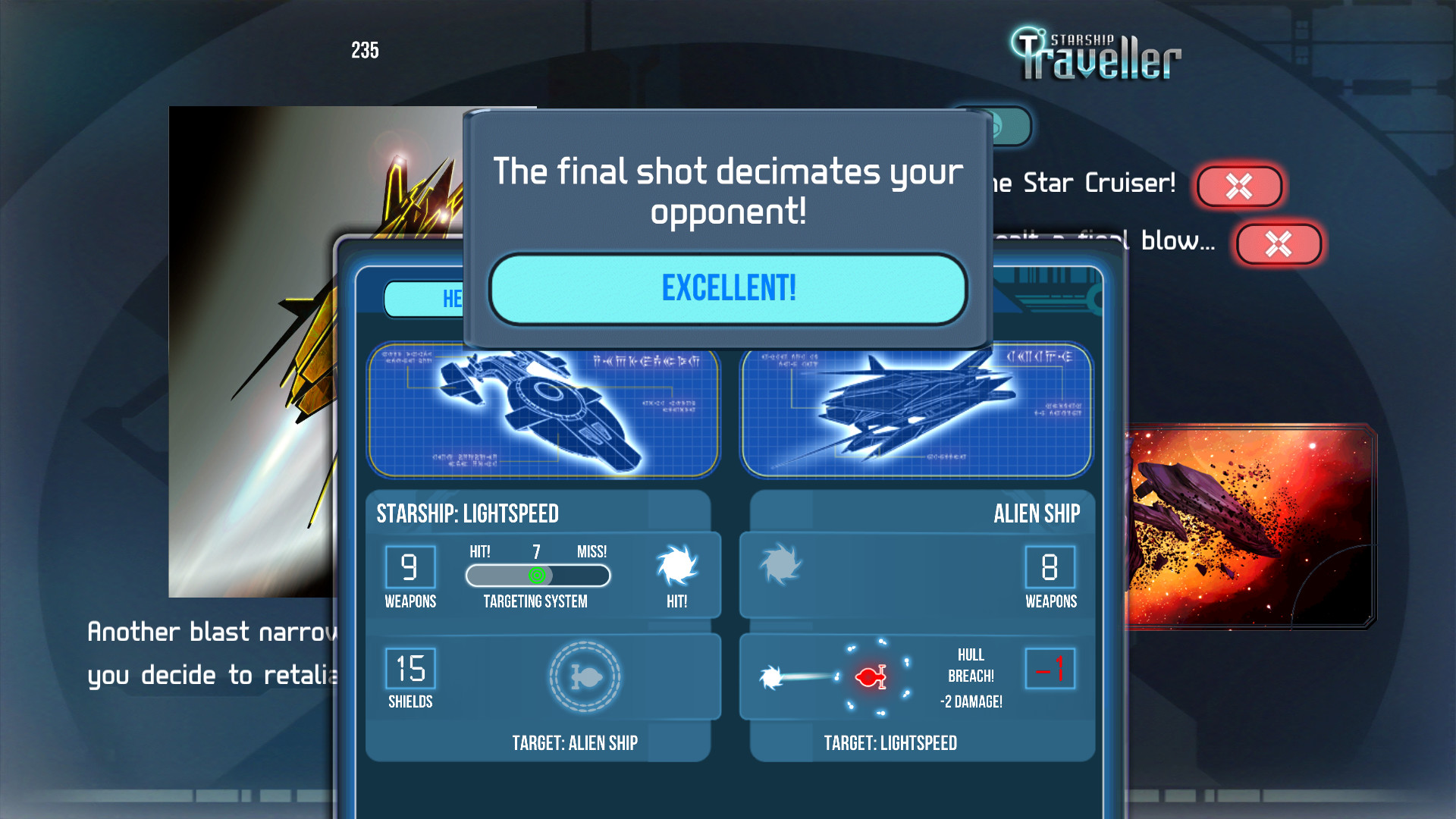 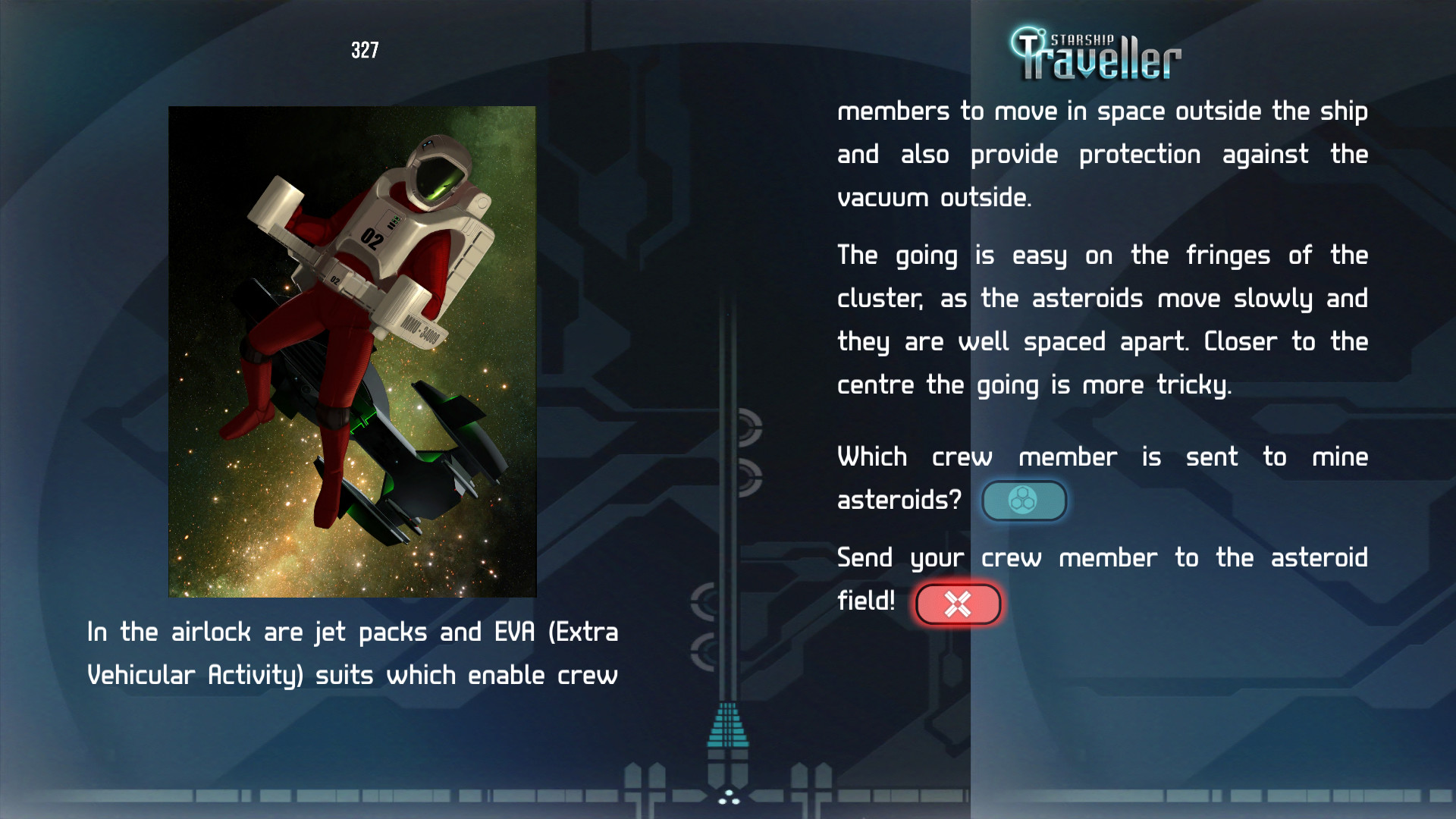 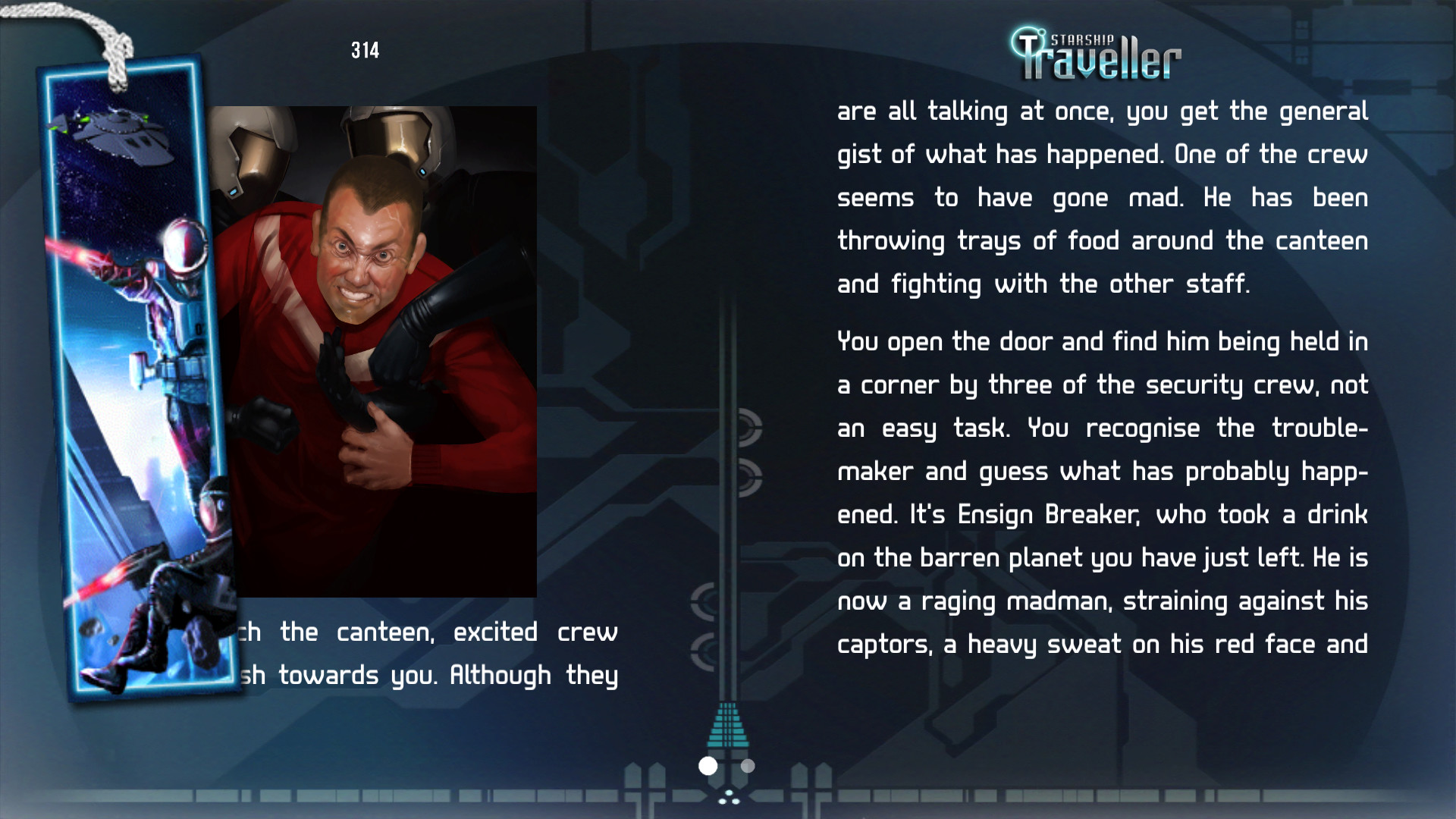 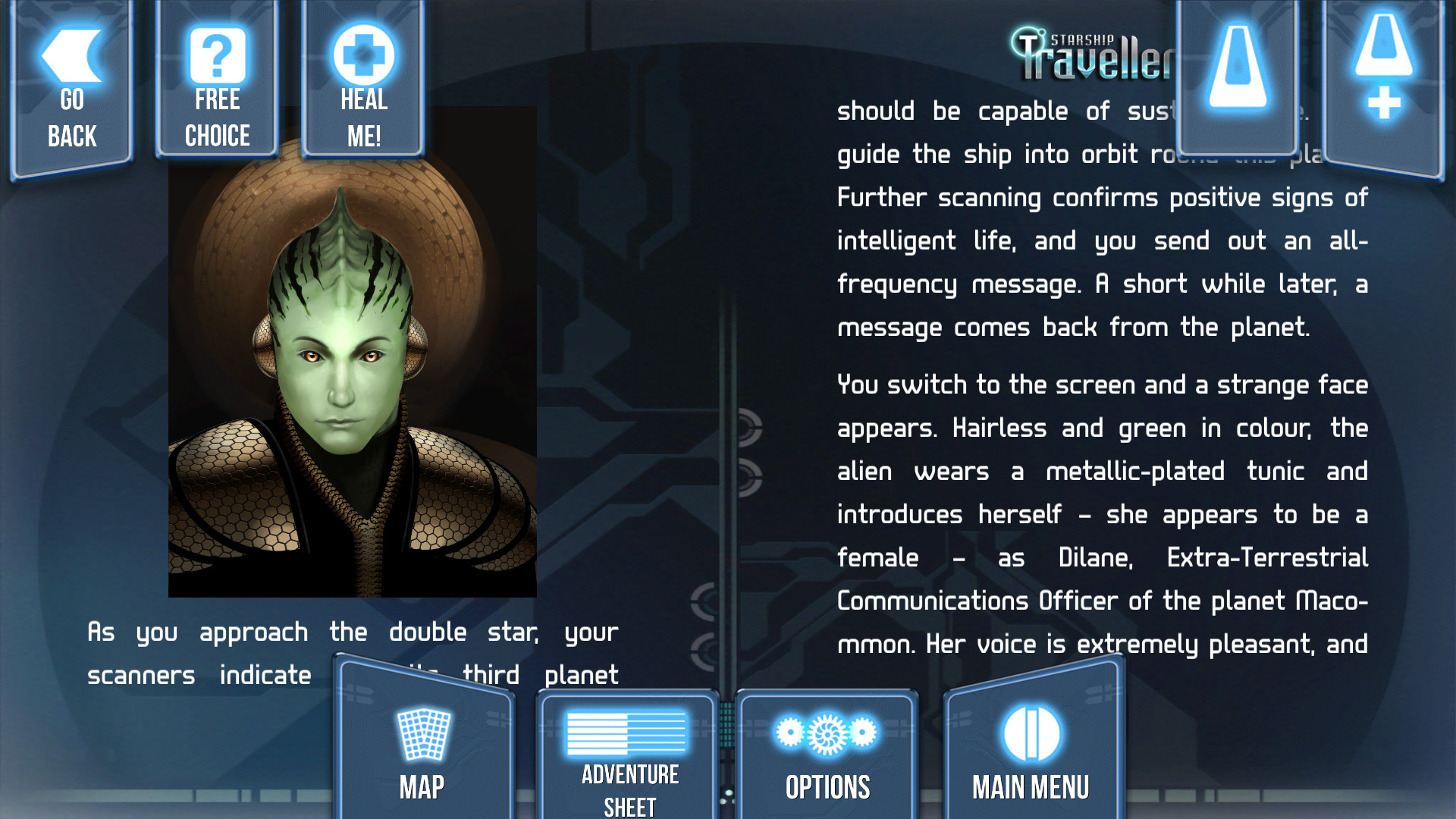 Sucked through the appalling nightmare of the Seltsian Void, the starship Traveller emerges at the other side of the black hole into an unknown universe. YOU are the captain of the Traveller, and her fate lies in your hands. Will you be able to discover the way back to Earth from the alien peoples and planets you encounter, or will you and your crew be doomed to roam uncharted space forever?

With Fighting Fantasy´s popularity on the rise in the 80s, Steve Jackson was inspired by a different setting from the traditional swords and sorcery - instead looking to science fiction. Starship Traveller allows players to control an entire ship and crew, with each member skilled in certain abilities.