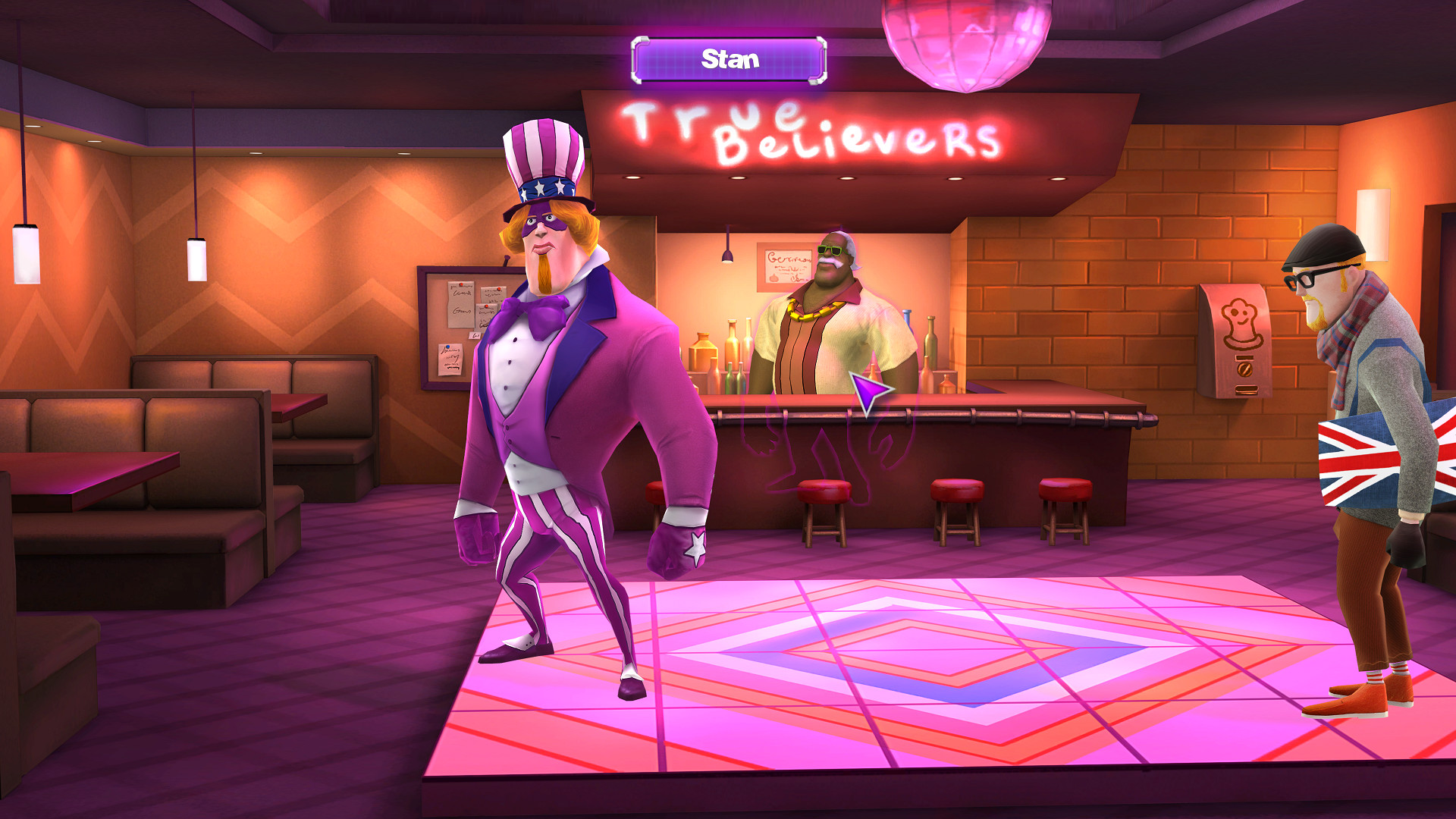 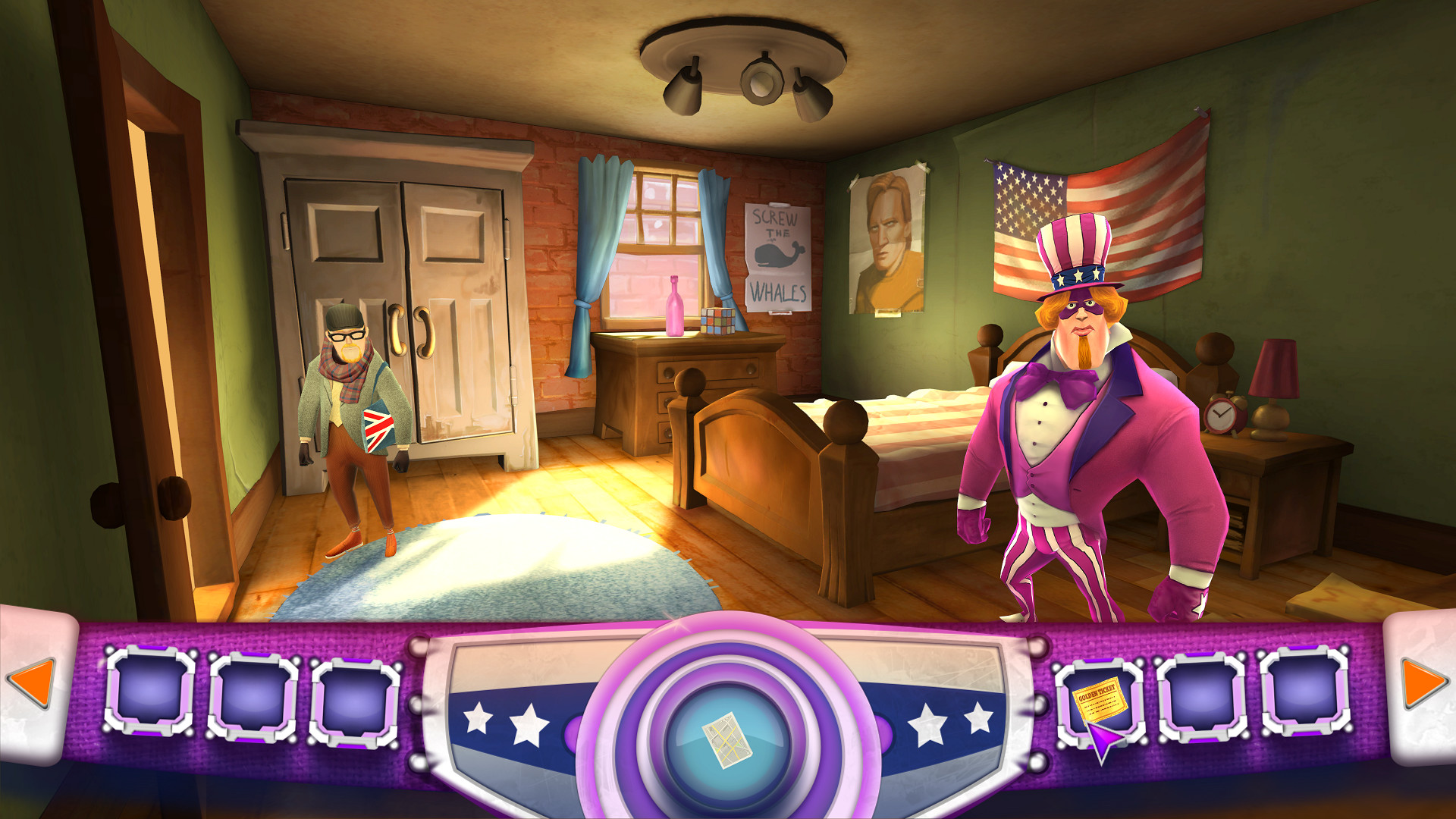 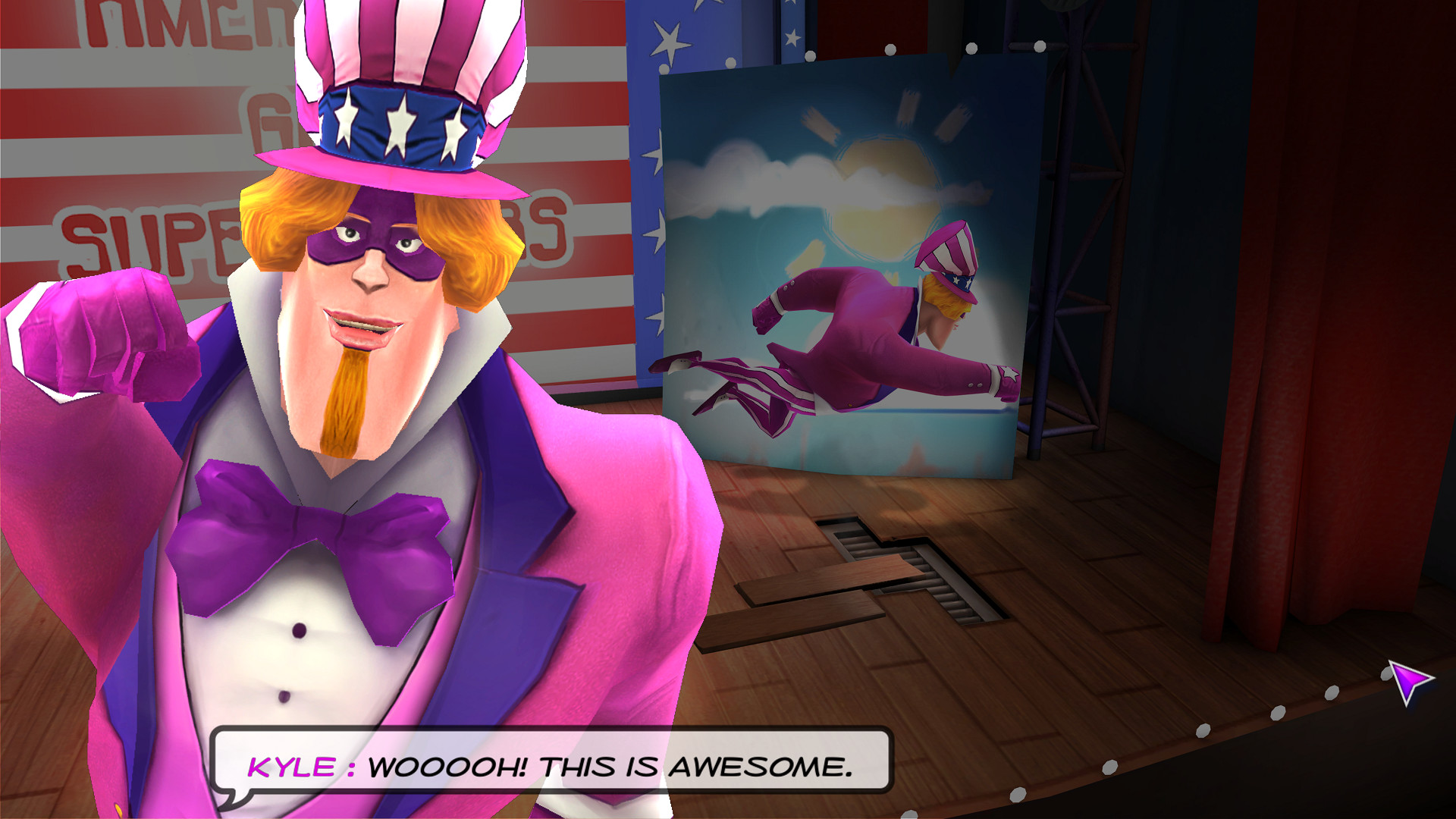 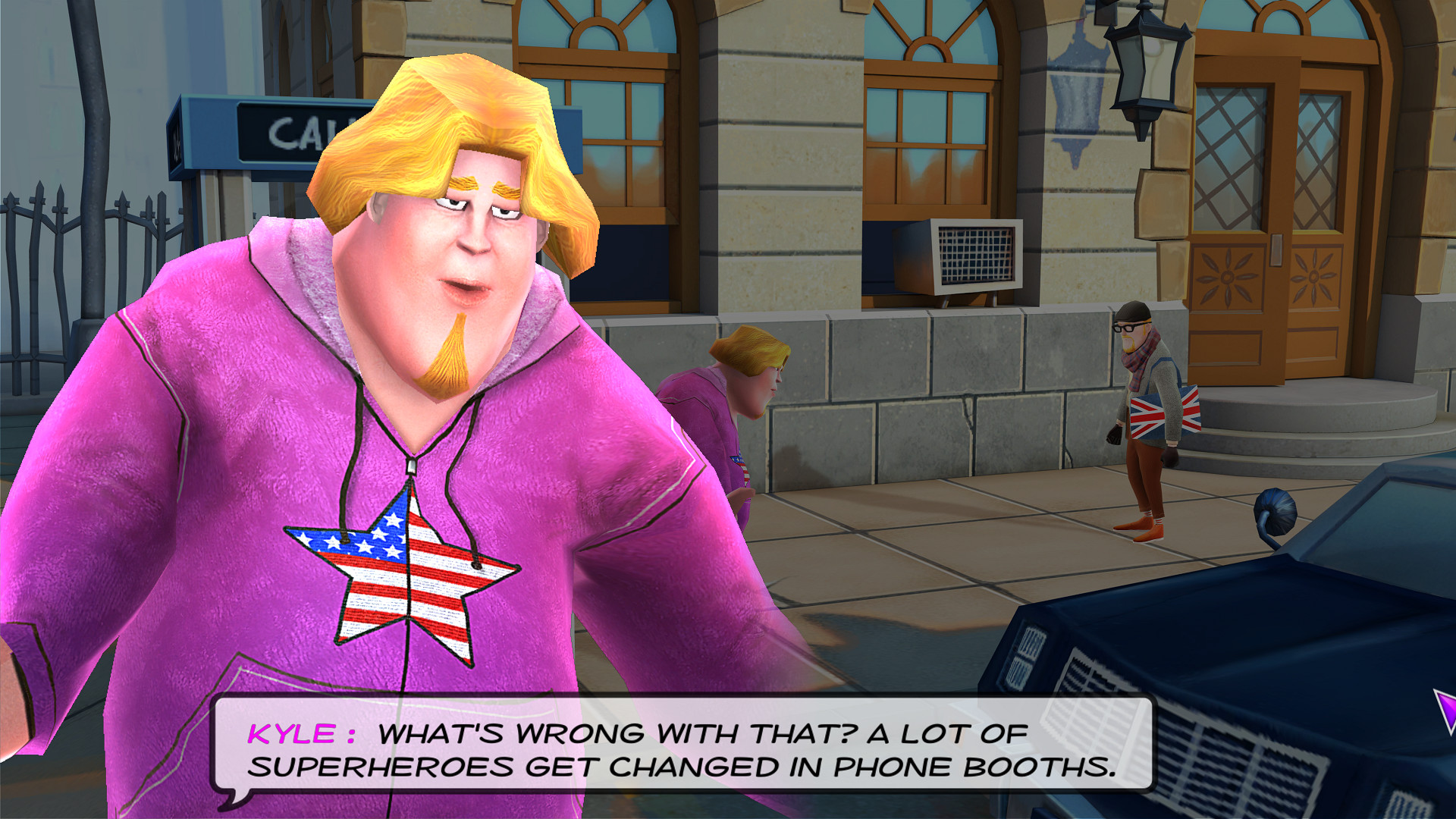 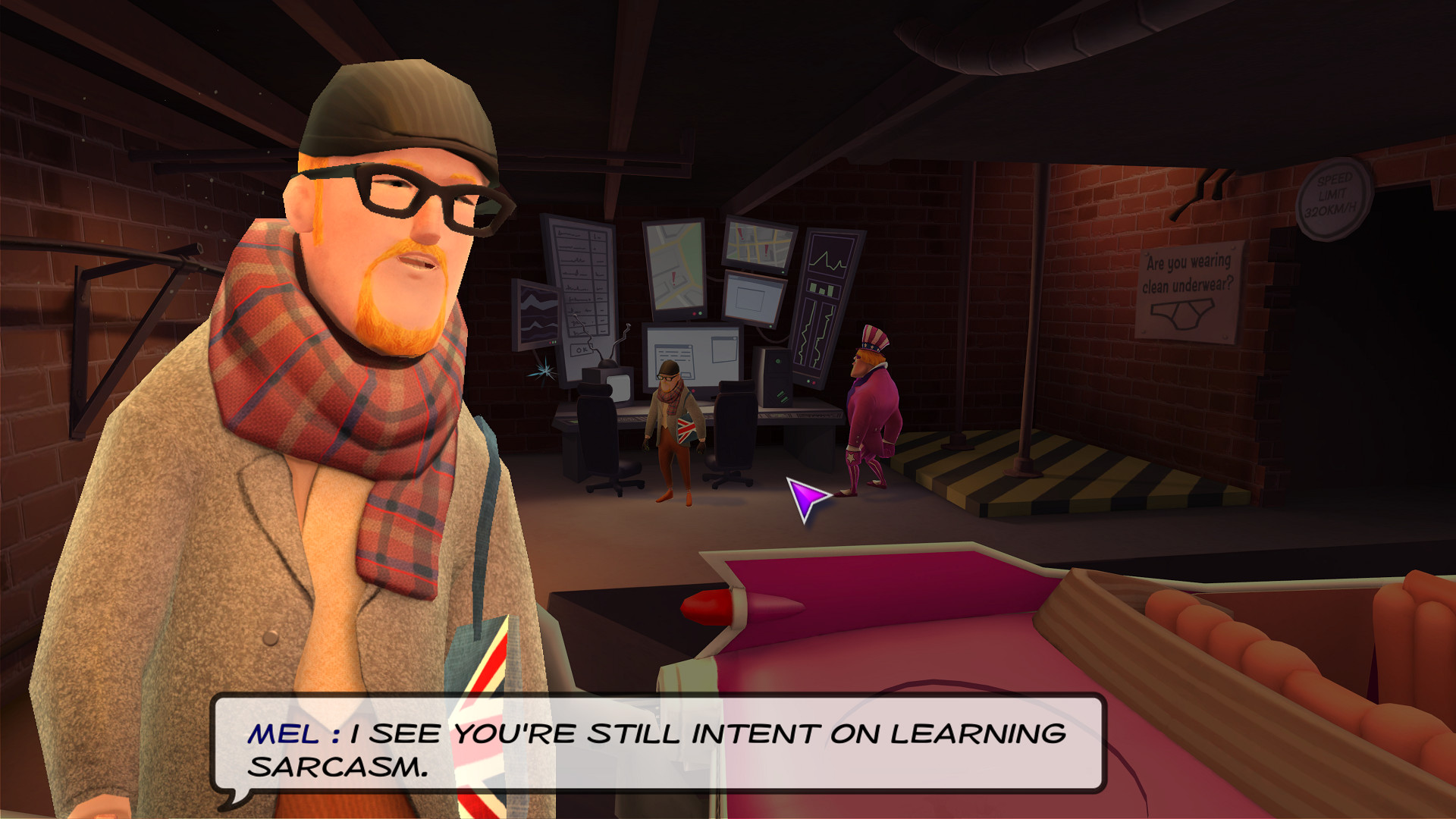 Don your cape and mask and join the Supreme League of Patriots in this hilarious and irreverent superhero comedy adventure!Poking fun at pop culture, politics, reality TV and more, join Kyle Keever in his politically incorrect quest to win a spot on the newest hit reality TV show, America´s Got Superpowers. But when a freak accident turns Kyle´s alter-ego, the Purple Patriot, into his main ego and triggers real superpowers at the cost of his sanity (and good taste), Kyle´s got a new mission to become the hero New York deserves, and definitely not the one it wants.Navigating a twisted world of vigilantes and villains with his cheeky and sarcastic sidekick Mel, Kyle´s got a lot to learn about the world of superheroes!Features: Classic point and click gameplay with a hilarious modern sense of humorUpgrade and buy the season pass for three episodes of fully-voiced satirical superhero antics--all episodes available at once, and includes the soundtrack!Two playable characters of Kyle Keever aka The Purple Patriot and his sarcastic sidekick MelTiered hint system to make the game as challenging as you want it to beDiscover, befriend and declare your enemies from the city’s zany and colorful cast of superheroes and archenemiesFantastic original soundtrack composed by Jake "Virt" Kaufman!Fight for something resembling justice from the sewers of New York to the theatres of Broadway!