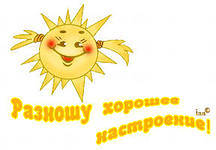 Objective 2.
Belov was diagnosed with brain cancer in the last stage. Convinced of the impossibility to operate Belova, doctors discharged him home. A neighbor Belova - Razin possible assistance: clean the apartment, buy food, etc. One day she brought into the apartment Belova notary, who assured his will, drawn up Belov. As Belov really felt bad for it a testament signed Razin. In accordance with the will of all the property Belova, including apartment was bequeathed Razinoy.Spustya some time after making a will Belov died. Son Alexei Belov filed a claim for recognition of the will invalid. In the lawsuit, he referred to the fact that Belov was not aware of the values of his actions, and his will was not signed by the zaveschatelem.K what kind of deals is a testament? Should a claim be satisfied?
Task 3.
During marriage Leontiev and Maksimov bought a house together. Later their marriage was dissolved and Leontiev filed a lawsuit to Maximov sharing home. The case was assigned to the examination. At the conclusion of examination of the disputed house in nature can not be divided for technical reasons. House shield design, and with its nature section in two parts need to cut openings in the panels for the doors, which will cause the weakening of the entire structure of the house. At the trial court found that Leontiev lives in a house with a seriously ill daughter, born in a marriage with Maximov and Maksimov home does not use and is provided with another living area. What will your decision of this case?
Task 4.
While on a business trip, Sidorov decided to stay at a local hotel. Receptionist refused Sidorov in the settlement, citing the heavy workload of the hotel because of the chess tournament in their town. In addition, the current rules of hotel services provided for the possibility of settlement in the hotel priority of certain categories of citizens. In particular, the hotel signed an agreement with local authorities on the matter of settlement of persons who arrived in the city at the invitation of the administration. Sidorov disagreed with the opinion of the administration of the hotel, considering that the hotel is obliged to place him upon availability. Since the other hotel in town was out Sidorov headed for appealing the actions of the local administration in prokuraturu.Kakoe Sidorov explanation must give the prosecutor´s office?

Solution of the problem, an example of judicial practice and plot