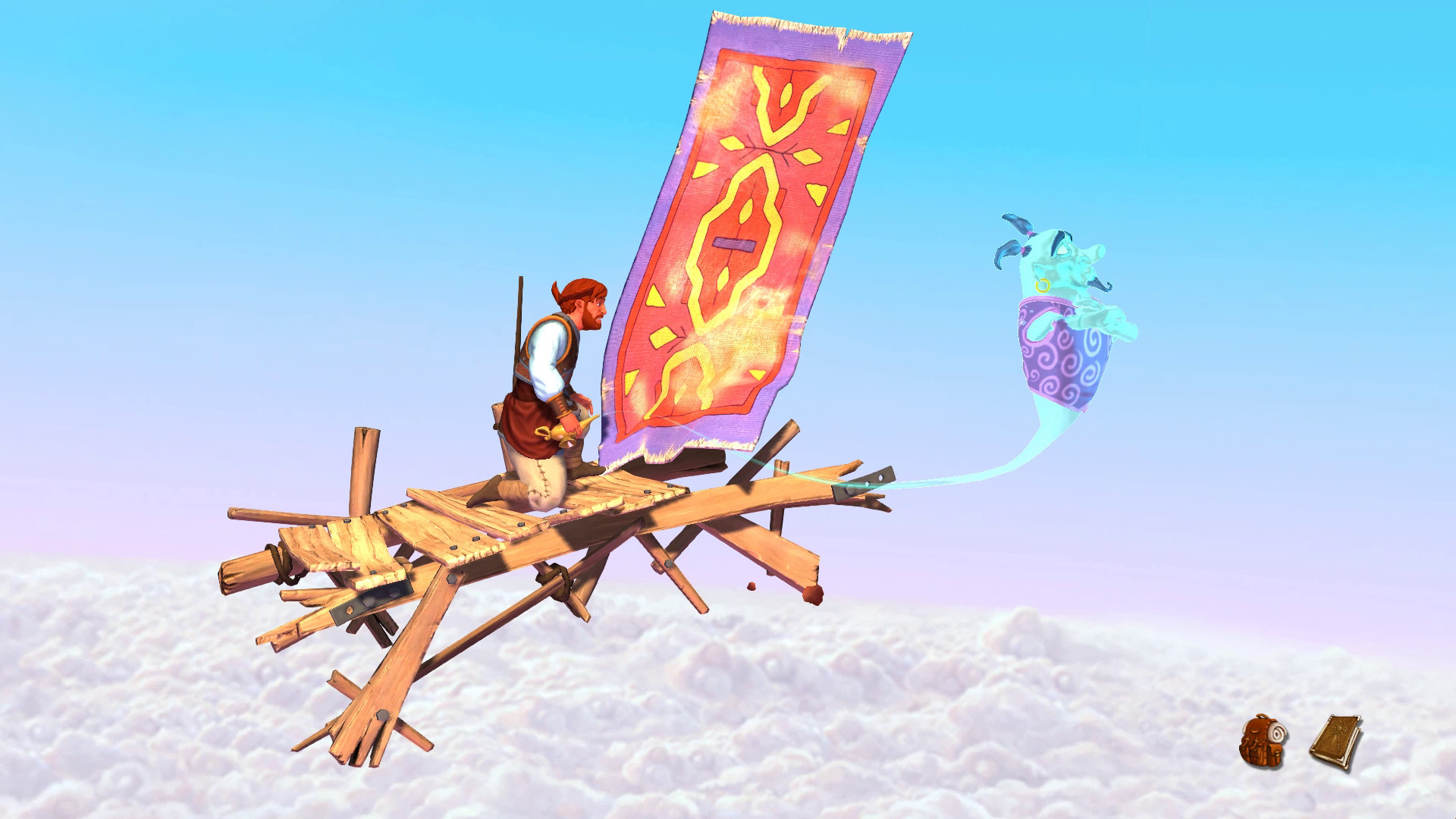 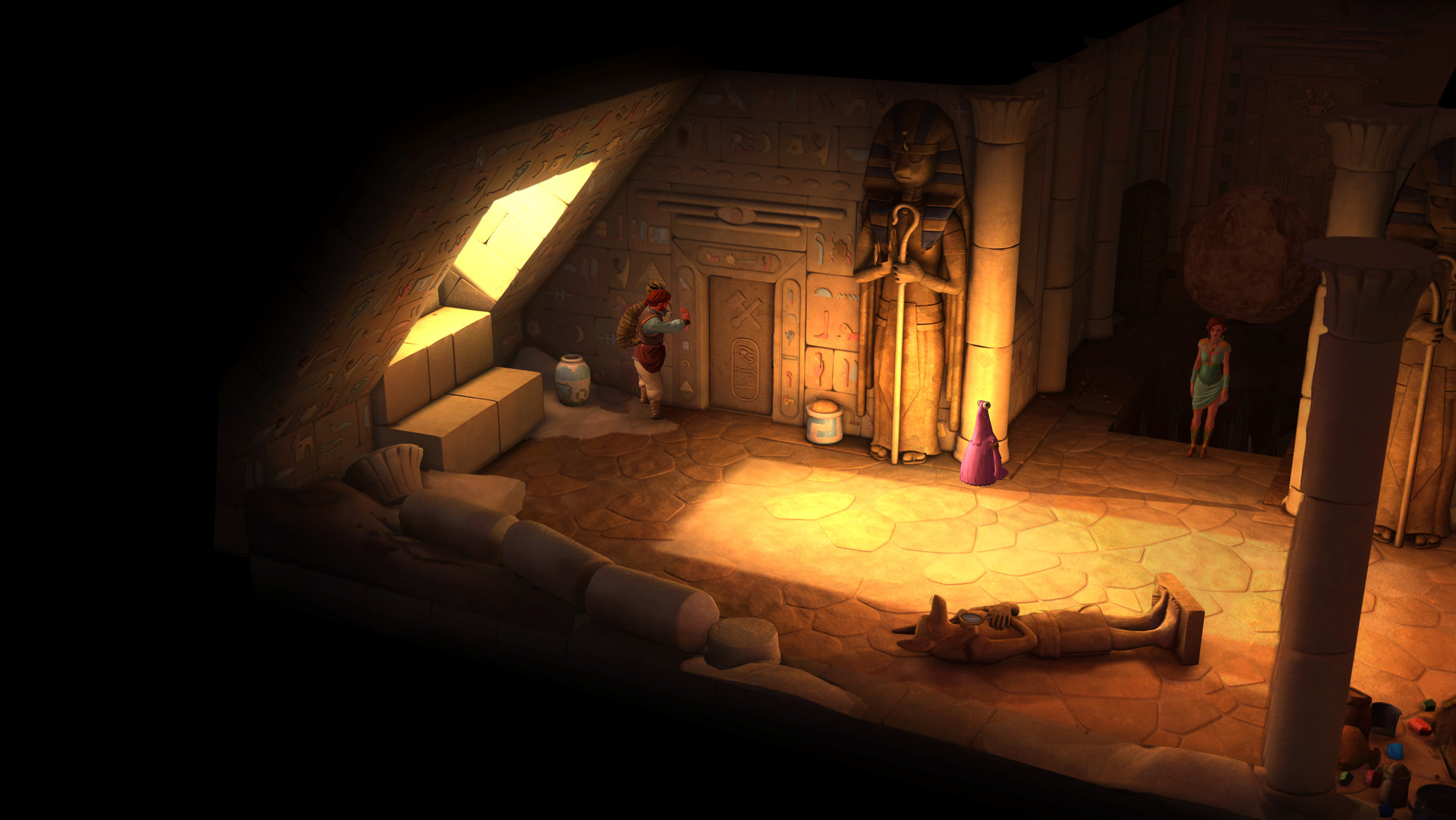 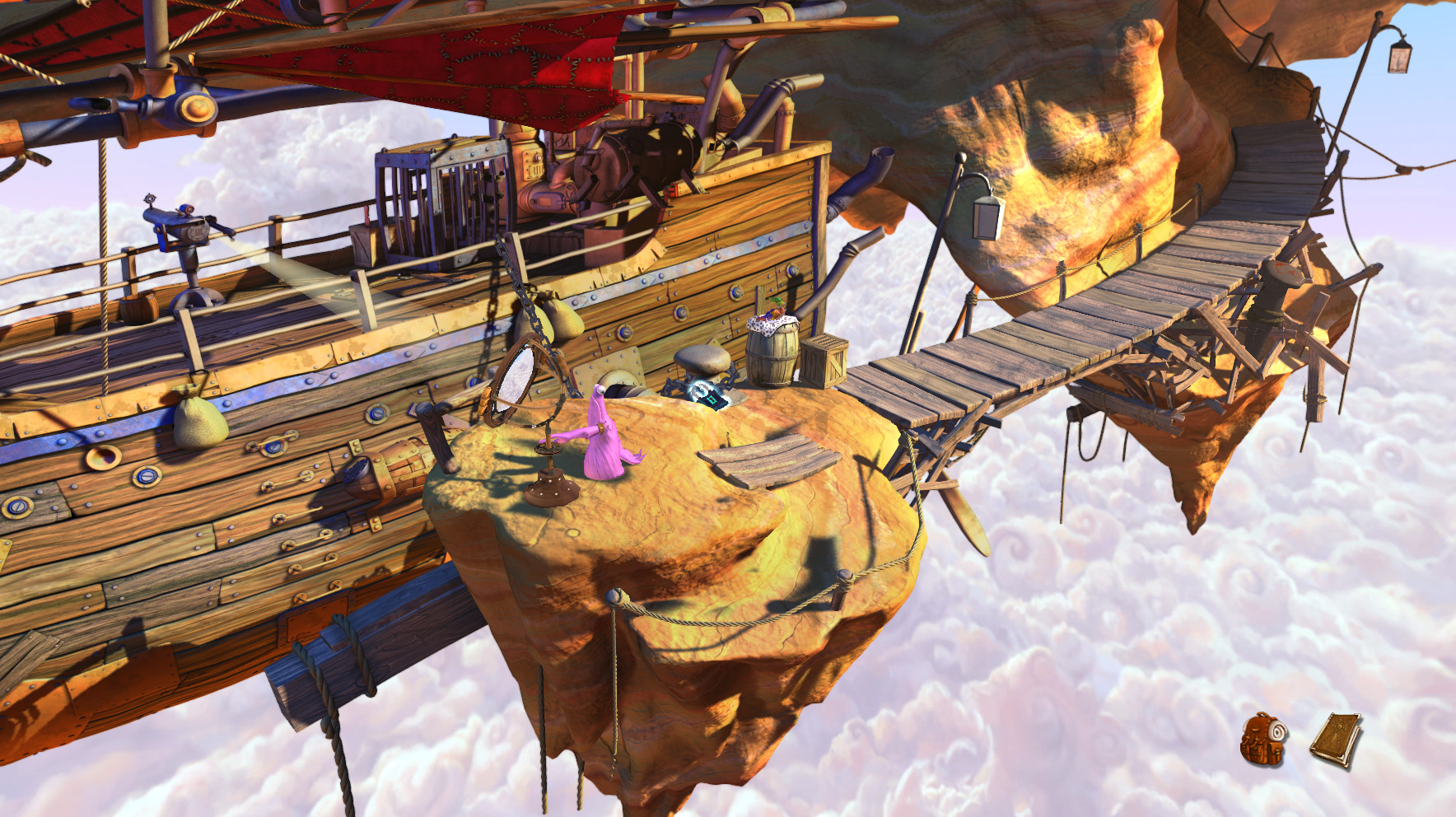 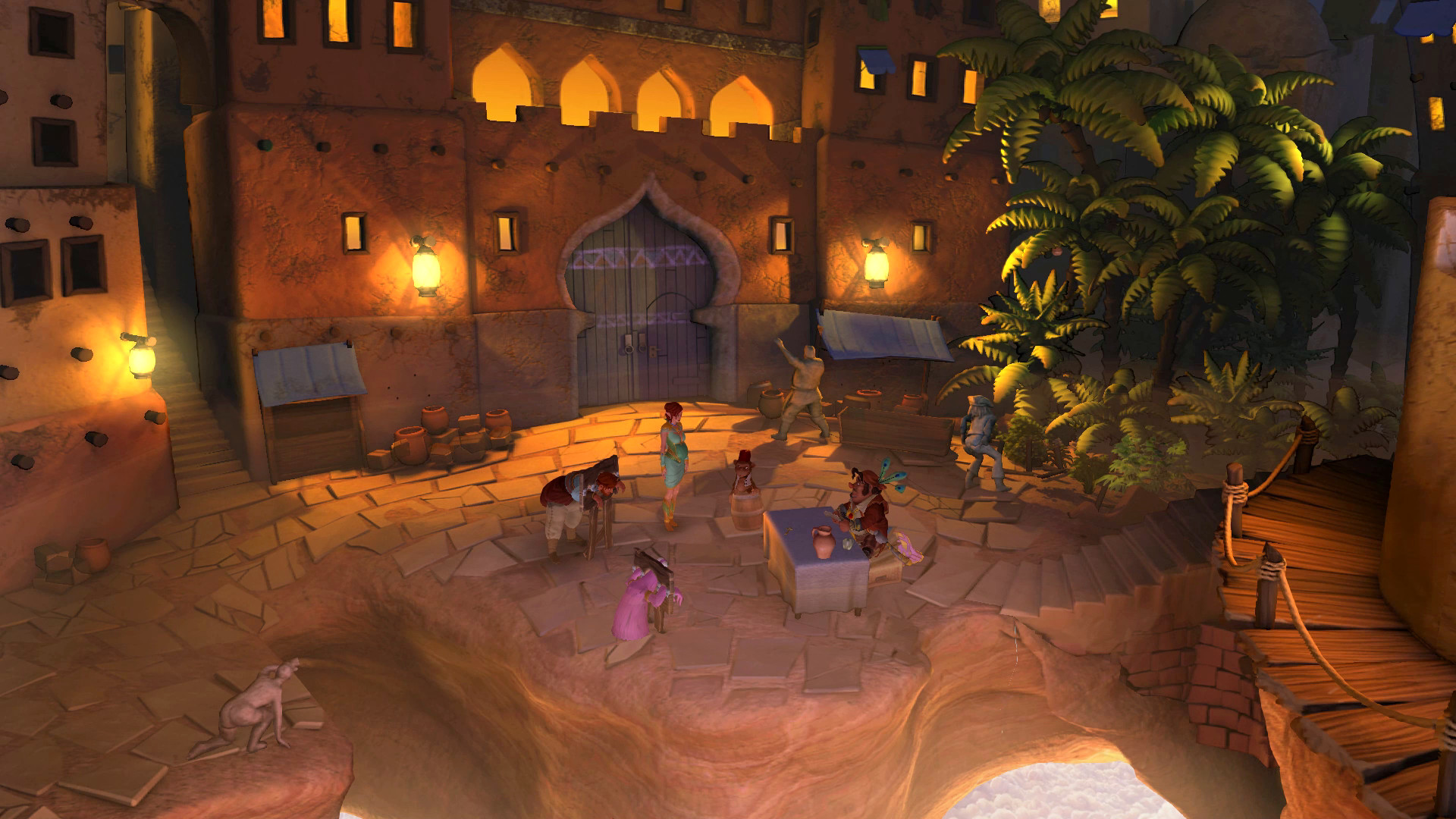 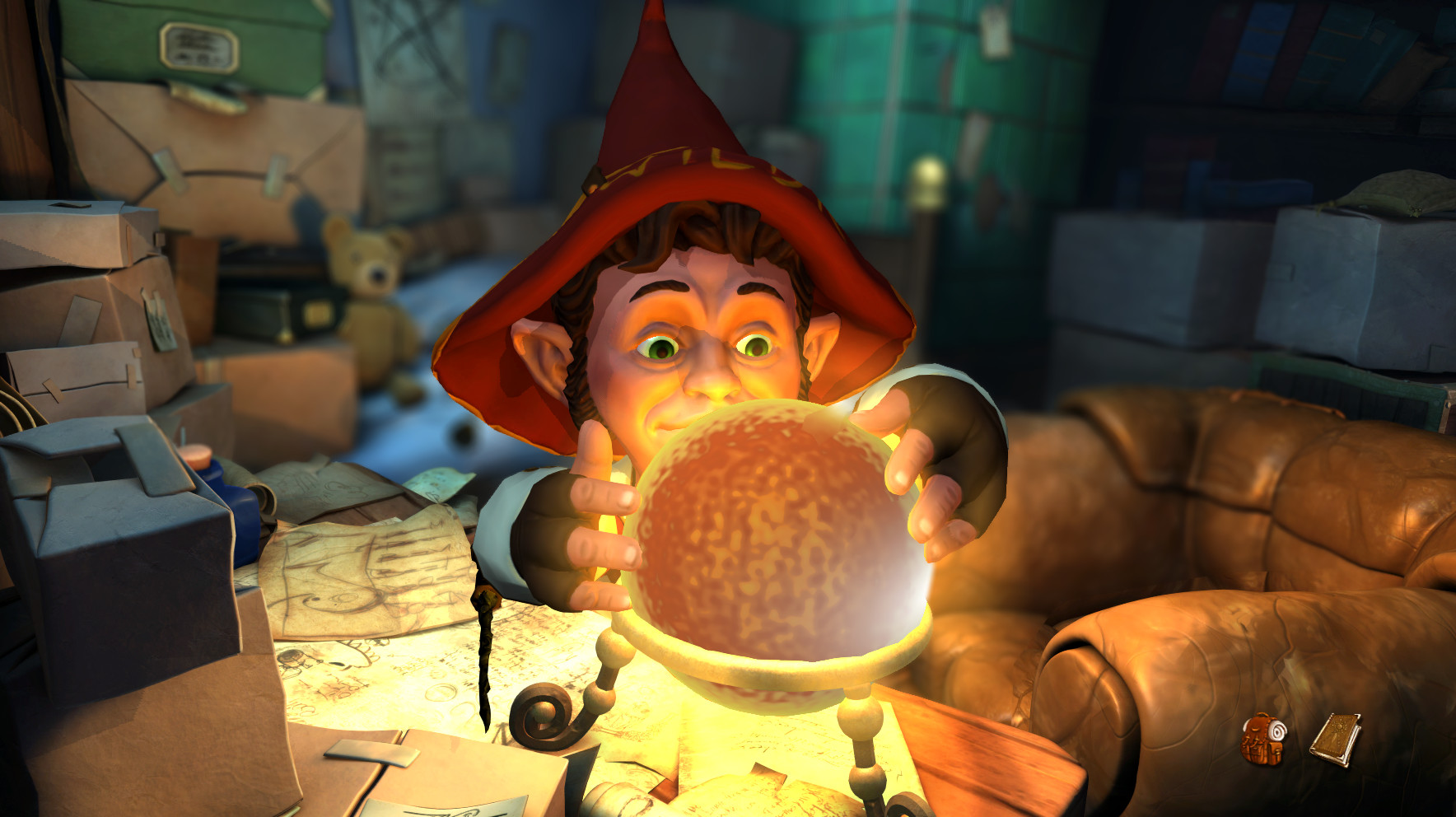 Every world needs its heroes. However unlikely they may seem. Join Wilbur, Ivo, Nate and Critter in another classic point-and-click adventure in the wicked world of Aventásia. Help them fulfill their destiny. A destiny as yet unwritten.The TaleA few years have passed since our heroes heroically defeated the arch-witch Mortroga. And their lives, like the lives of most people in Aventásia, are still in turmoil. The War of the Two Towers is over, but the wounds it left upon the land are still bleeding.The gnome Wilbur Weathervane is struggling with his new job as a teacher at the reopened School for Wizardry and Witchcraft. His magic wand is having a mind of its own and an assassination plot against the arch-mage overshadows the first democratic elections in Seastone.Faced with political intrigues that threaten the delicate balance of peace, Wilbur is in dire need of his old friends. But the elf princess Ivo and the adventurer Nate have, after a brief romantic interlude, gone their separate ways.Ivo has returned to her gilded cage in the elf kingdom, overprotected by her controlling mother.Nate along with his trusty companion Critter has been taken prisoner on the flying island of his arch-enemy the Red Pirate.But fate does not rest. A darkness has fallen upon the land, or rather, a pinkness. A magic force is turning mighty beasts into fluffy plush puppies and towering castles into oversized dollhouses. Can Aventásia be saved?Key FeaturesA new adventure from KING Art, the creators of The Book of Unwritten Tales, The Critter Chronicles and The Raven – Legacy of a Master ThiefA fantasy story with over 20 hours of pointing and clickingThe trademark BoUT-humor, lovingly spoofing LotR, Game of Thrones, Harry Potter, Discworld, The Hobbit, WoW and moreHundreds of weird, yet oddly logical puzzlesThe well-proven "Multi-Character-Gameplay"The established four playable characters Wilbur, Nate, Ivo and CritterAn ensemble of quirky characters, both well-established and brand-newProjection Mapping technology unites the merits of 2D and 3D styles and techniqueAn epic soundtrack with all the classics and many new compositionsKickstarter-powered Extra FeaturesThanks to the support of our fans on Kickstarter, The Book of Unwritten Tales 2 features:Optional Side-Quests: Similar to RPGs the game features optional puzzle chains aside the main puzzles, that you can choose to solve, but don´t have toExtra Outfits: For solving side-quests you not only receive achievements, but also unique outfits that the playable characters can equipOrchestra recordings: For the first time most of Benny Oschmann´s much-loved score for the game was recorded with a live orchestra