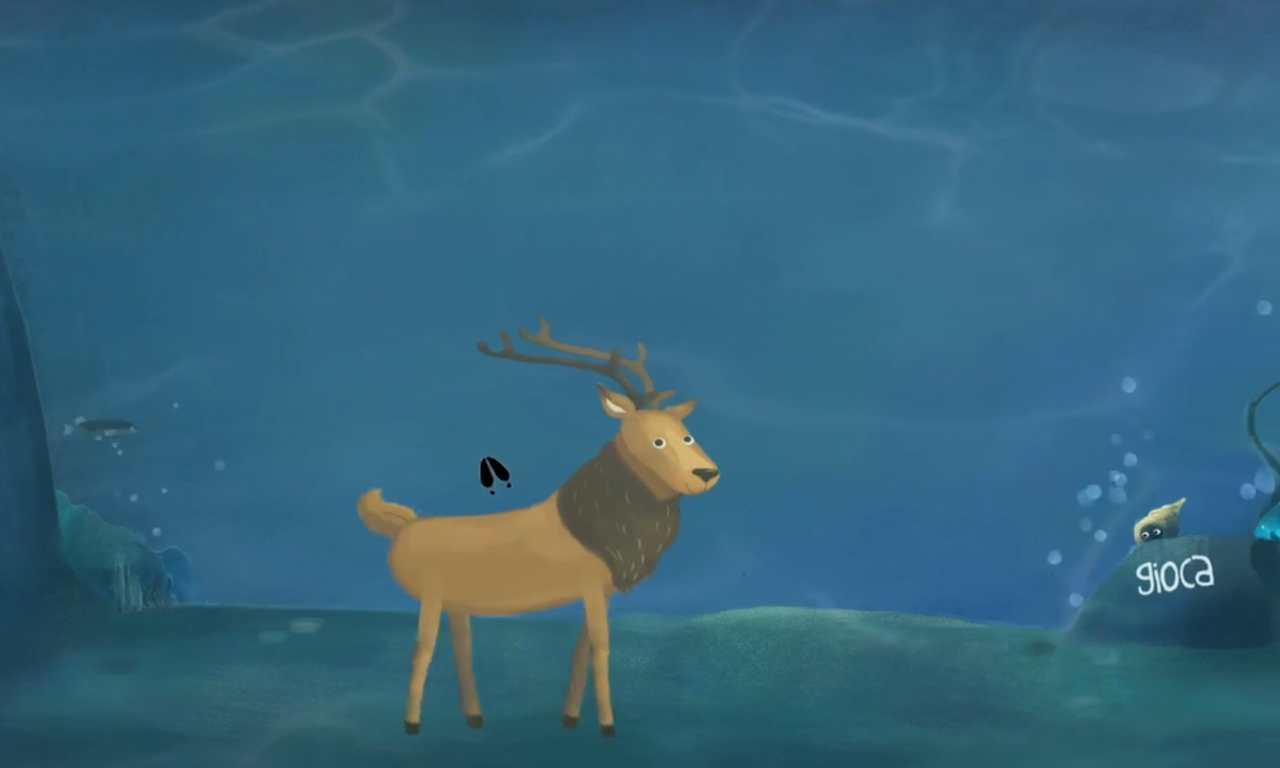 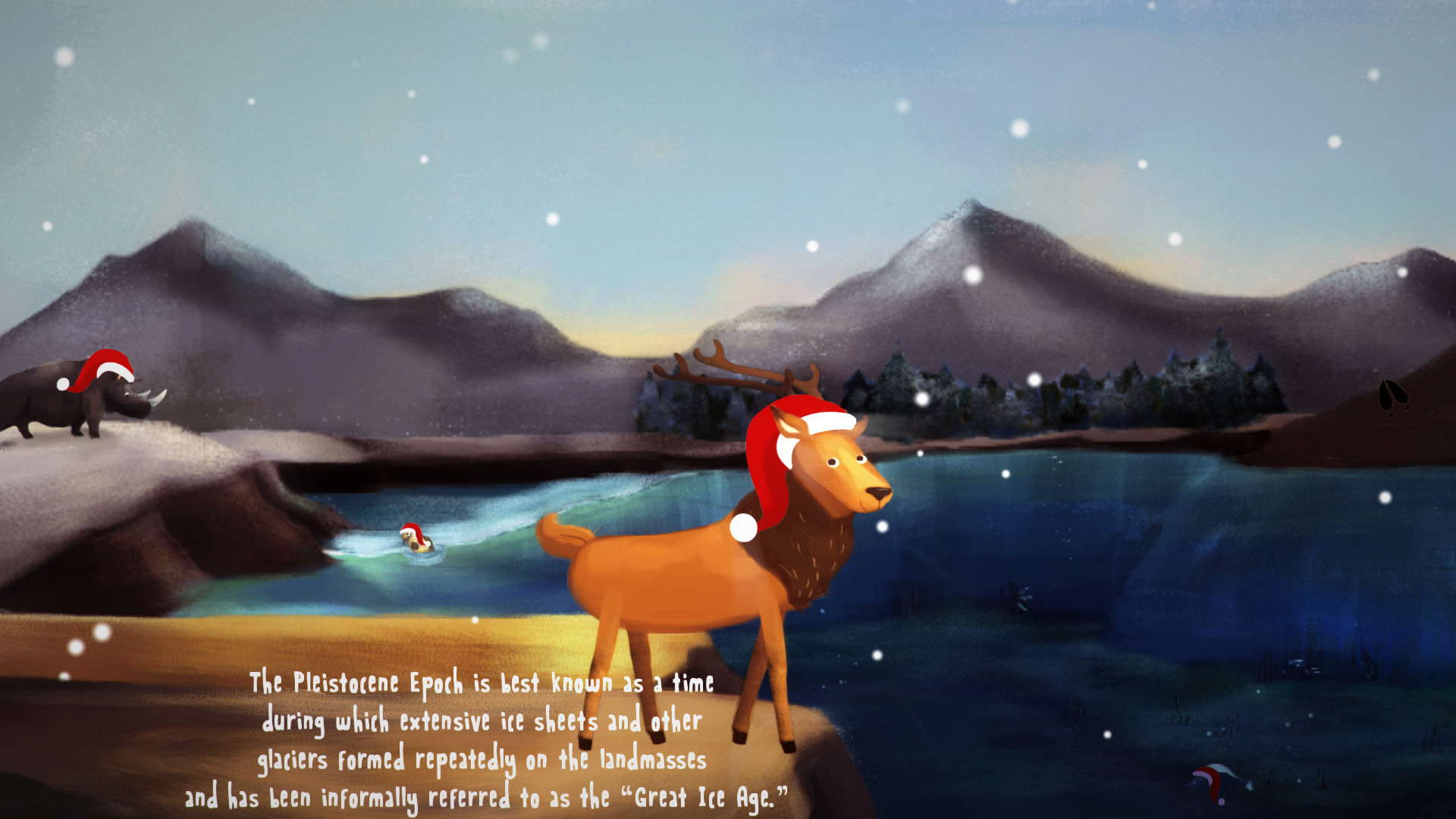 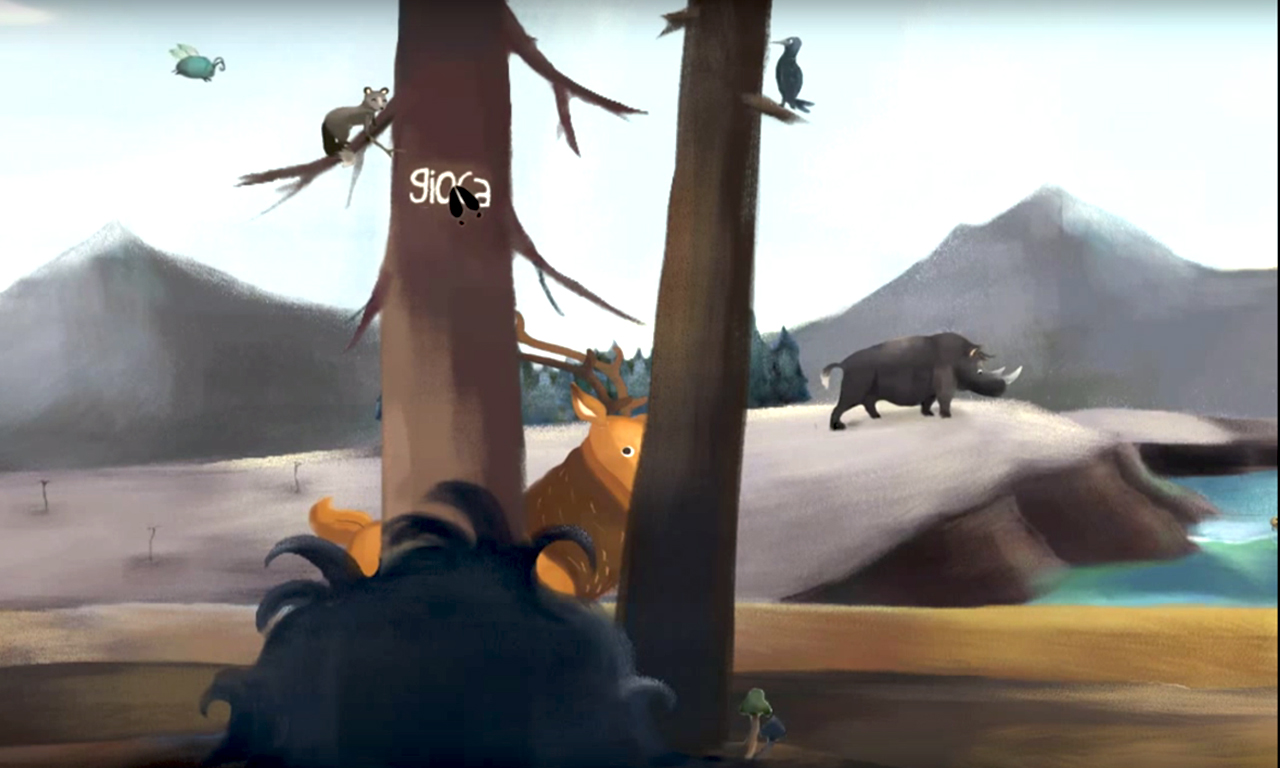 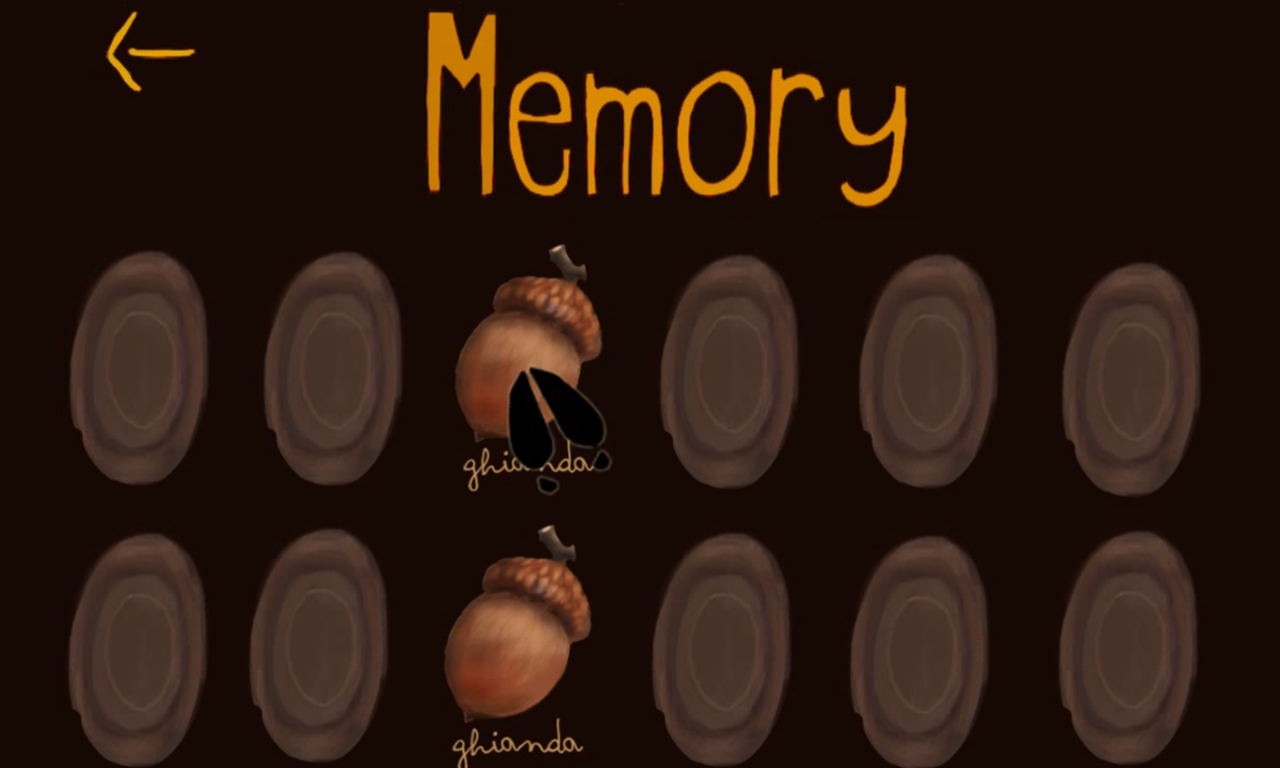 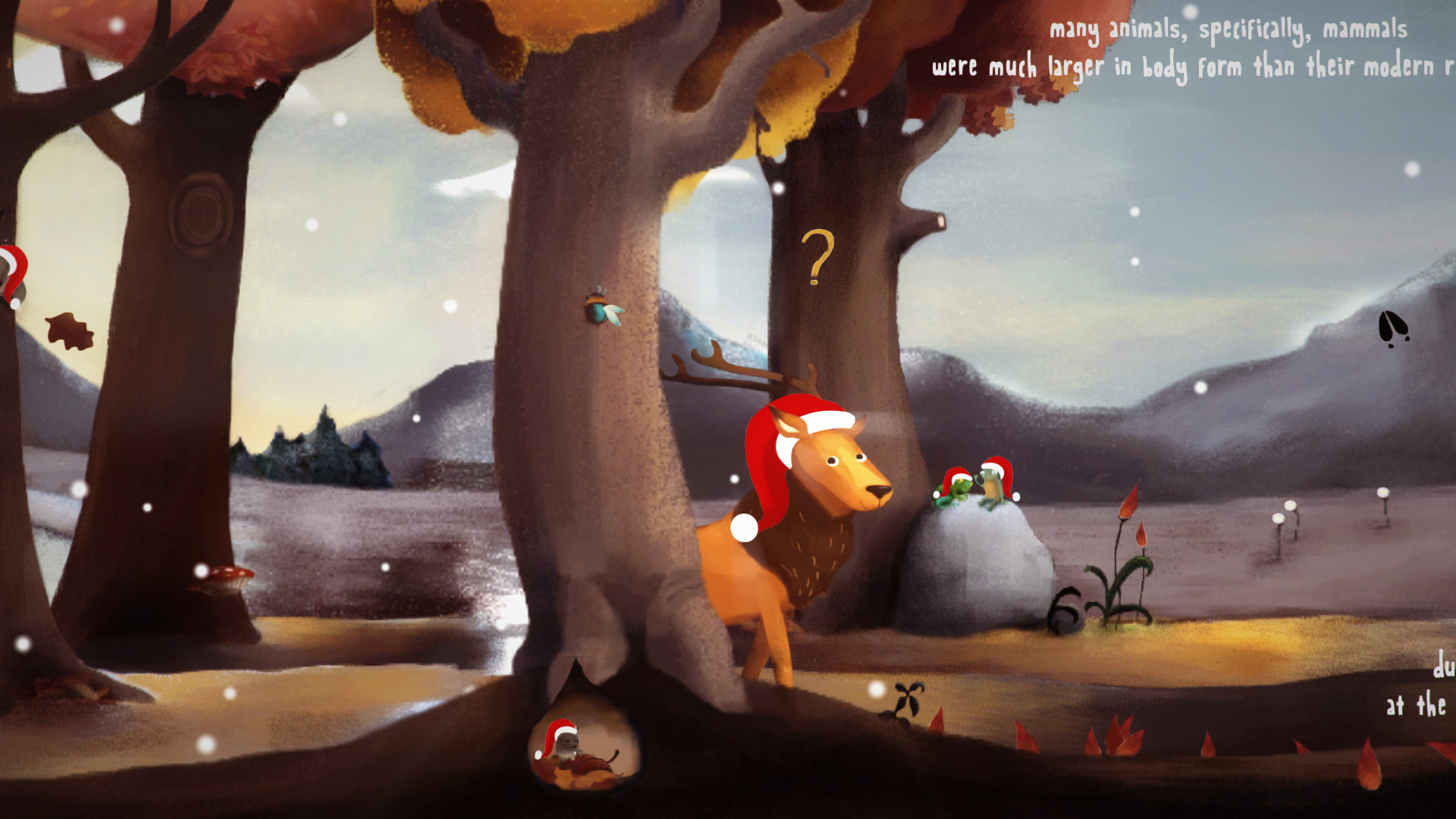 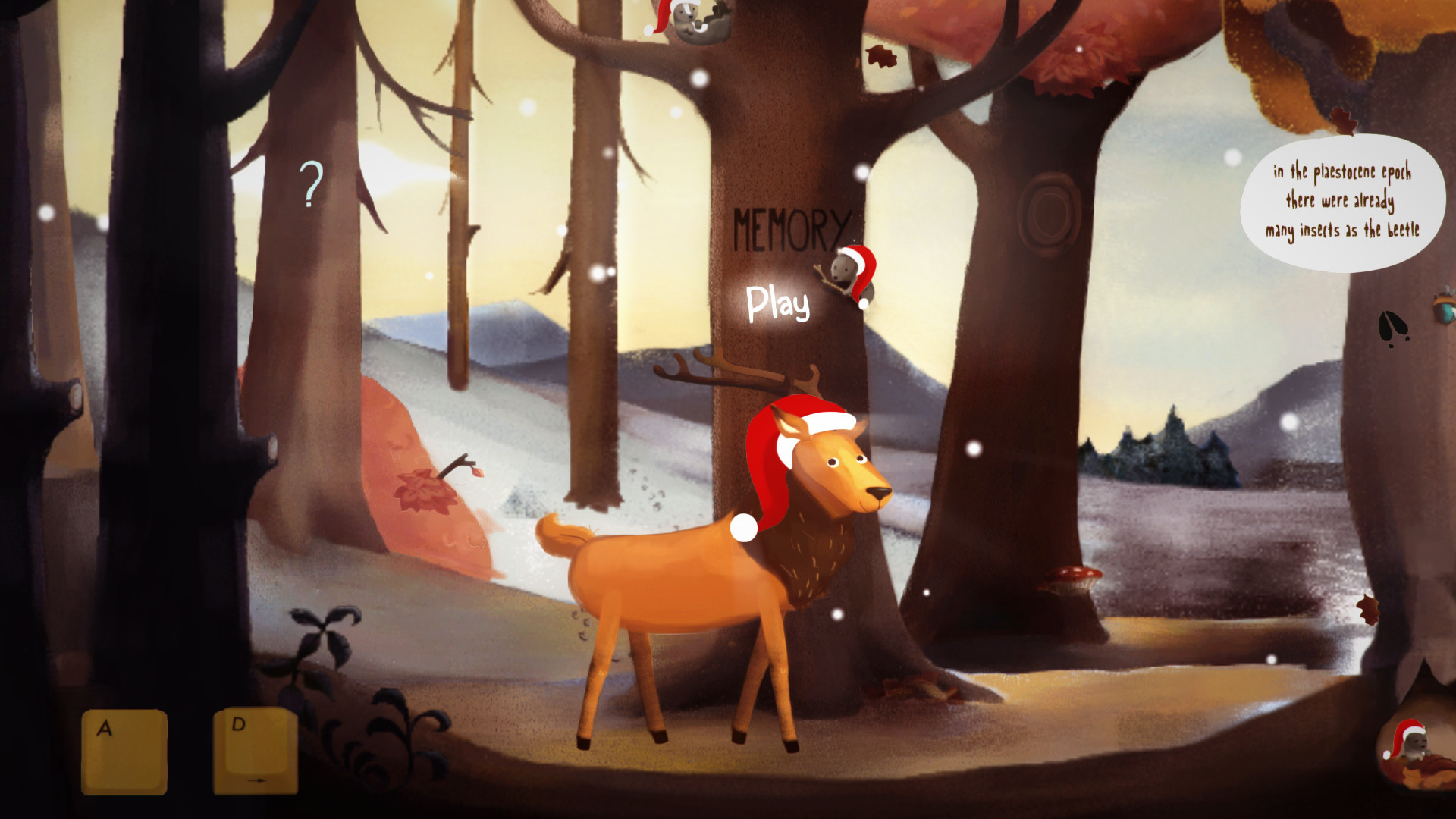 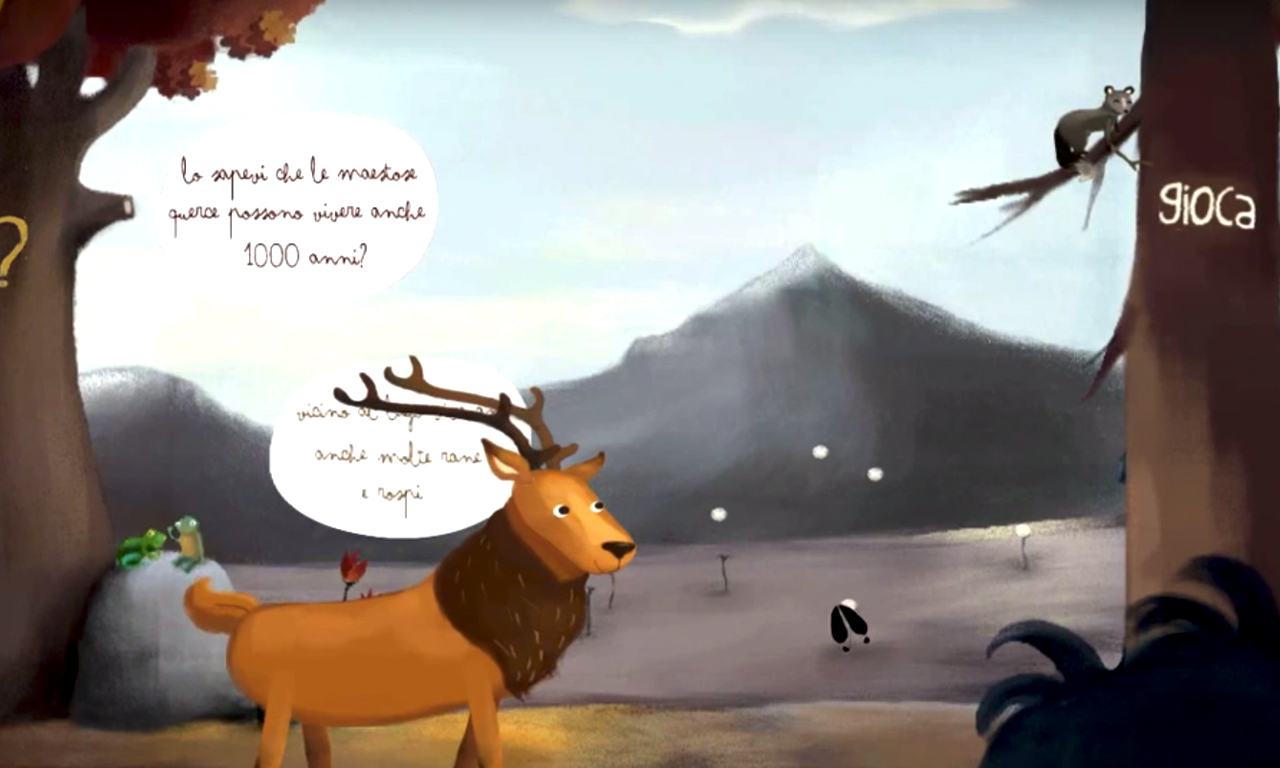 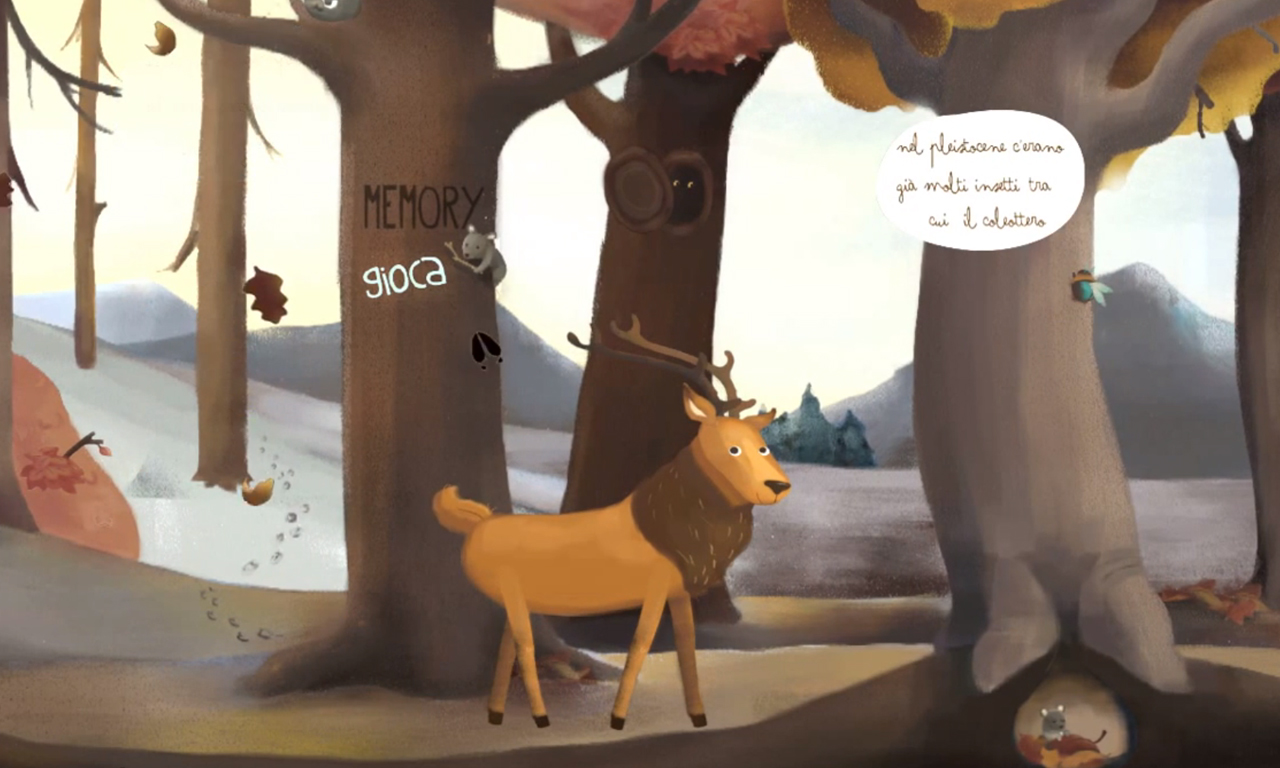 "The Deer" is an educational inter­ac­tive expe­ri­ence for children.
You´ll be an ancient Deer during the Pleistocene (Ice Age) epoch and you´ll discover everything about this marvelous era.

- Did you know that during the Pleistocene there were no dinosaurs? They had become extinct at the end of the Cretaceous Period, more than 60 million years before the Pleistocene Epoch began.

- Did you know that many animals, specifically, mammals were much larger in body form than their modern relatives?

- Did you know that this age witnessed the final extinction of the giant shark Megalodon, that had been the top predator of the oceans for millions of years?

Here are some of the interesting facts that you´ll find out playing "The Deer"!
Unfortunately there were no T-Rexes during this age since they were already extinct millions of years before.

All artwork is by illustrator Giulia Airoldi.