The seven spiritual laws of success 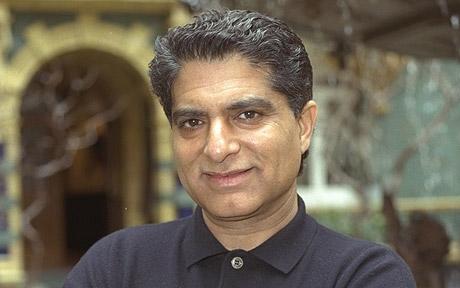 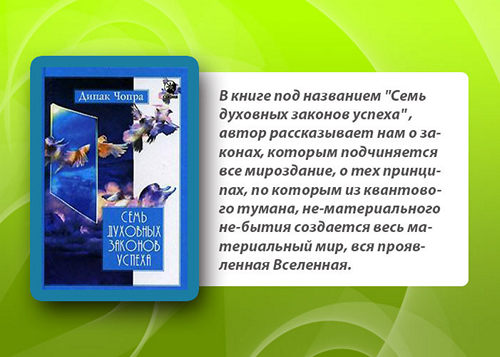 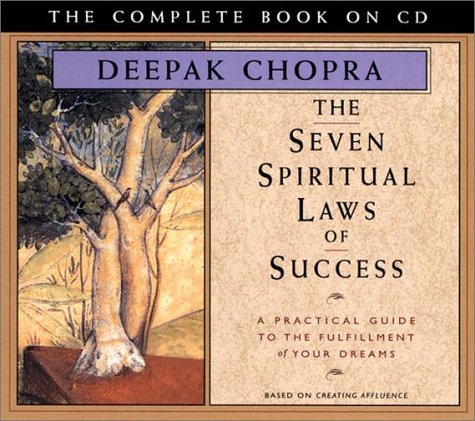 akfviktor information about the seller and his items
offlineAsk a question

Deepak Chopra is the author of more than fifty books, translated into thirty-five languages, among them numerous bestsellers. Chopra´s Wellness Radio program, which discusses prosperity, love, personal relationships and sexuality, health and spirituality, is broadcast on Sirius Radio 102 FM. Deepak Chopra is the founder and president of the Union for a Renewed Humanity, and you can reach him by visiting his website at http://www.deepakchopra.com.
Time magazine included Deepak Chopra in the list of 100 greatest heroes and outstanding personalities of the century and considers him “a visionary poet from alternative medicine” (June, 1999).

Chopra was born in New Delhi, India. His father, Krishna (Krishan or Krishnan) Chopra, was a cardiologist, served as a priest at a local hospital and a lieutenant in the British Army. Chopra´s grandfather practiced Ayurveda.
Chopra emigrated to the United States in 1968 with his wife Rita. In 1993, he moved with his family to La Jolla, California. They currently live in San Diego with their children Gautam and Mallika.
Chopra´s younger brother, Sanjeev, is a professor of medicine and dean of the Faculty of Continuing Medical Education at Beth Israel Deaconess Medical Center.
Chopra received his primary education at St. Columbus School in New Delhi, then graduated from the All India Institute of Medical Sciences, (AIIMS). He completed his clinical practice and residency at the Mülenberg Hospital in Plainfield, New Jersey, in Laughy Hospital in Burlington, Massachusetts, and the University of Virginia Hospital, and upon completion of his residency Chopra passed the exam for a doctor of therapy and endocrinology.

Related to item "The seven spiritual laws of success":