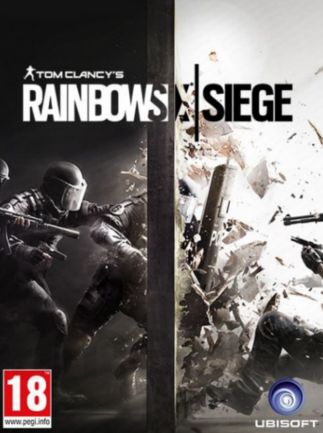 "Tom Clancy´s Rainbow Six® Siege" - a new part of the world-famous series of first-person shooters, developed by Ubisoft Montreal for consoles of a new generation and PC. The plot of the game is based on the fight against terrorism around the world. In the "Tom Clancy´s Rainbow Six Siege" you can fully integrate into the art of destruction. You are waiting for intense battles with a constant risk to life, the possibility of team play and, of course, the most complicated operations. One mistake - and everything will fly to the air! The network mode displays hot skirmishes and tactical planning to a new level in the best traditions of the "Tom Clancy´s Rainbow Six" series.

Become an agent to combat world terrorism, a master of short-range combat and a specialist in capturing strategically important facilities. The publication "Tom Clancy´s Rainbow Six® Siege" "Siege Tactics" will give you a lot of opportunities to perfect your tactical skills and personally lead a rescue operation or an attack on the enemy.

INSTALLATION:
• If the Uplay client is not installed, download and install it. (http://uplay.ubi.com/);
• Log into your Uplay account or register a new one if you do not already have one;
• Click on the image "Gear" and select "Activate product";
• Enter activation key;
• After that, the game will be displayed in the games library and you will be able to download it.