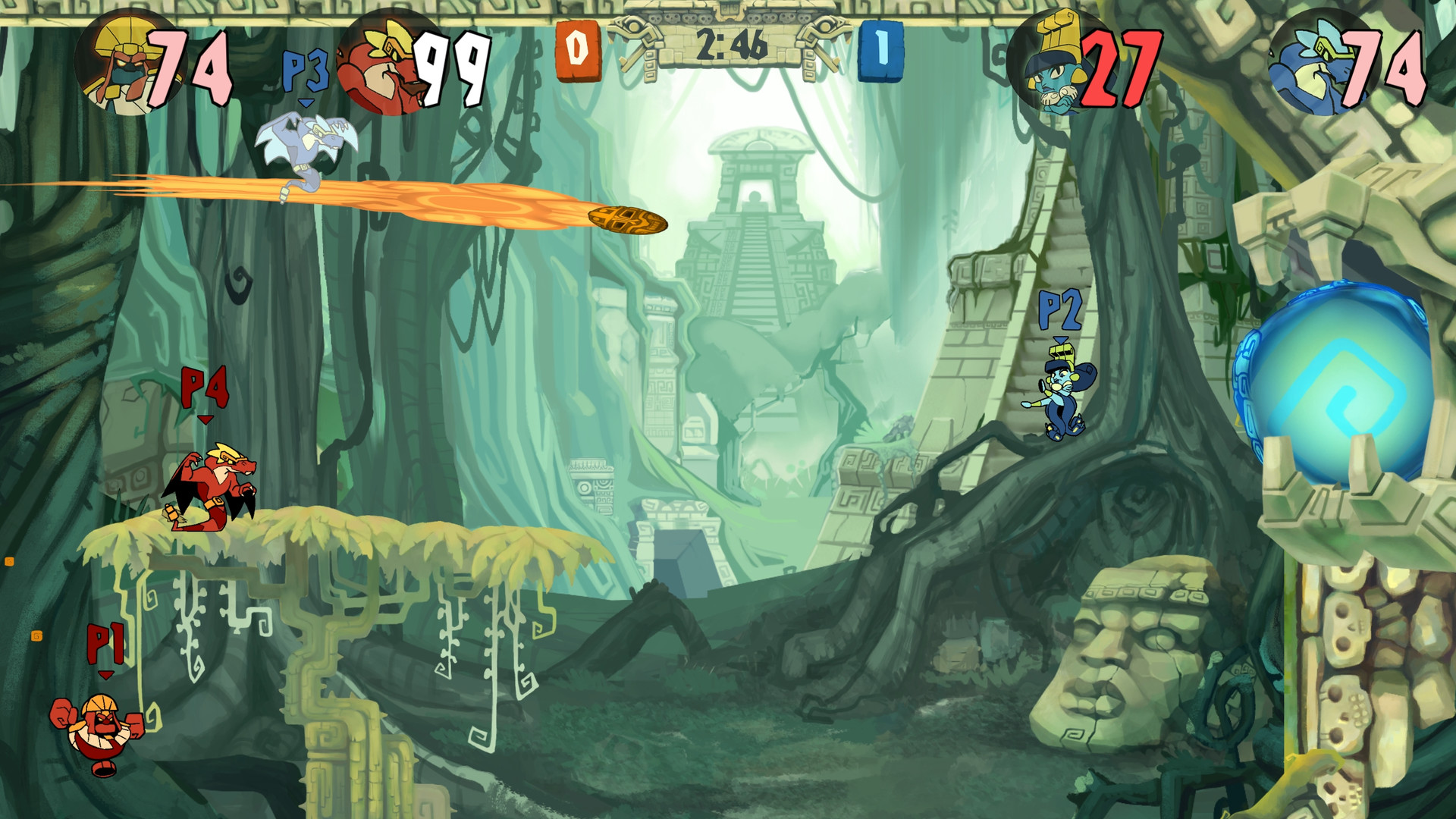 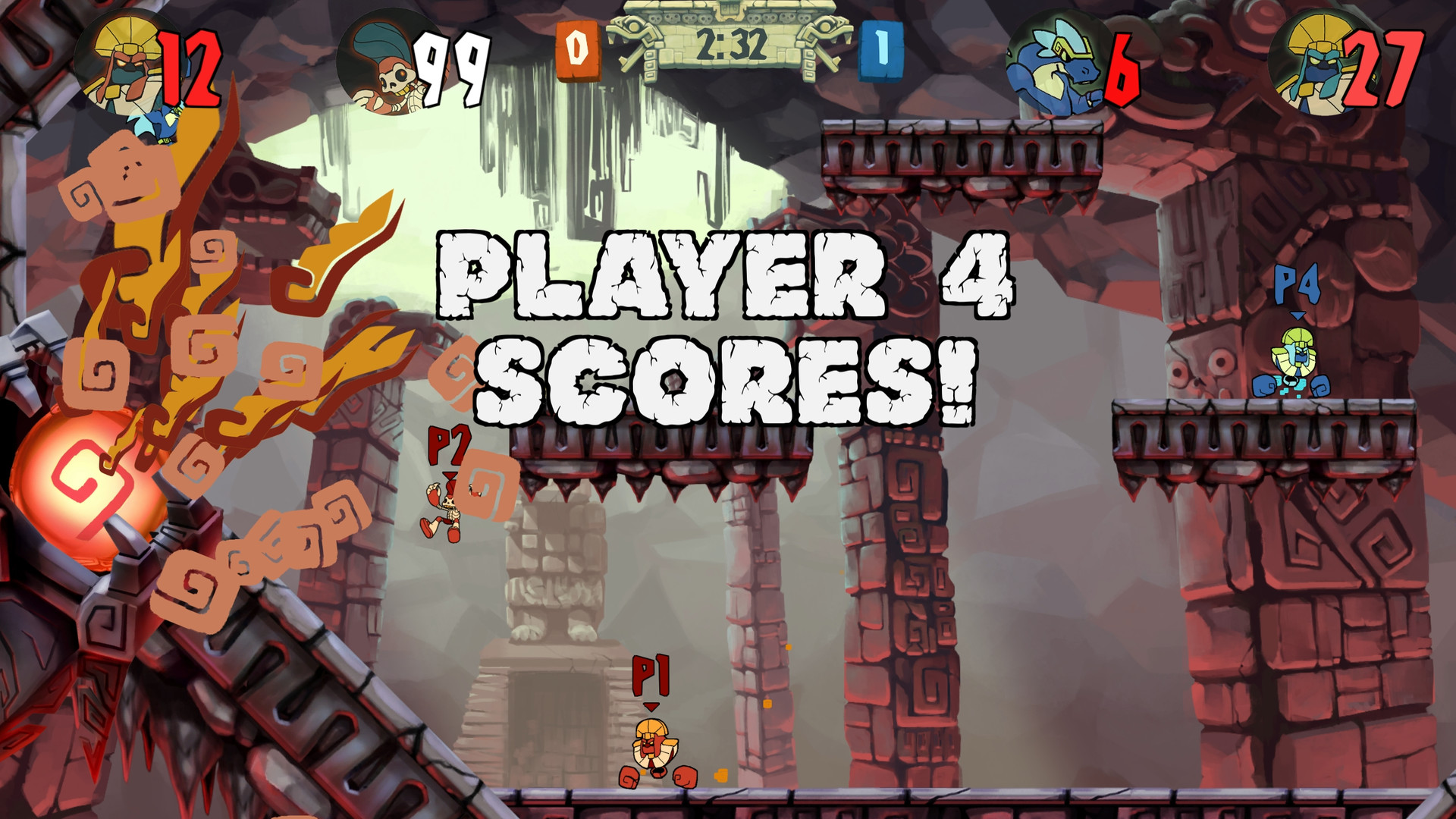 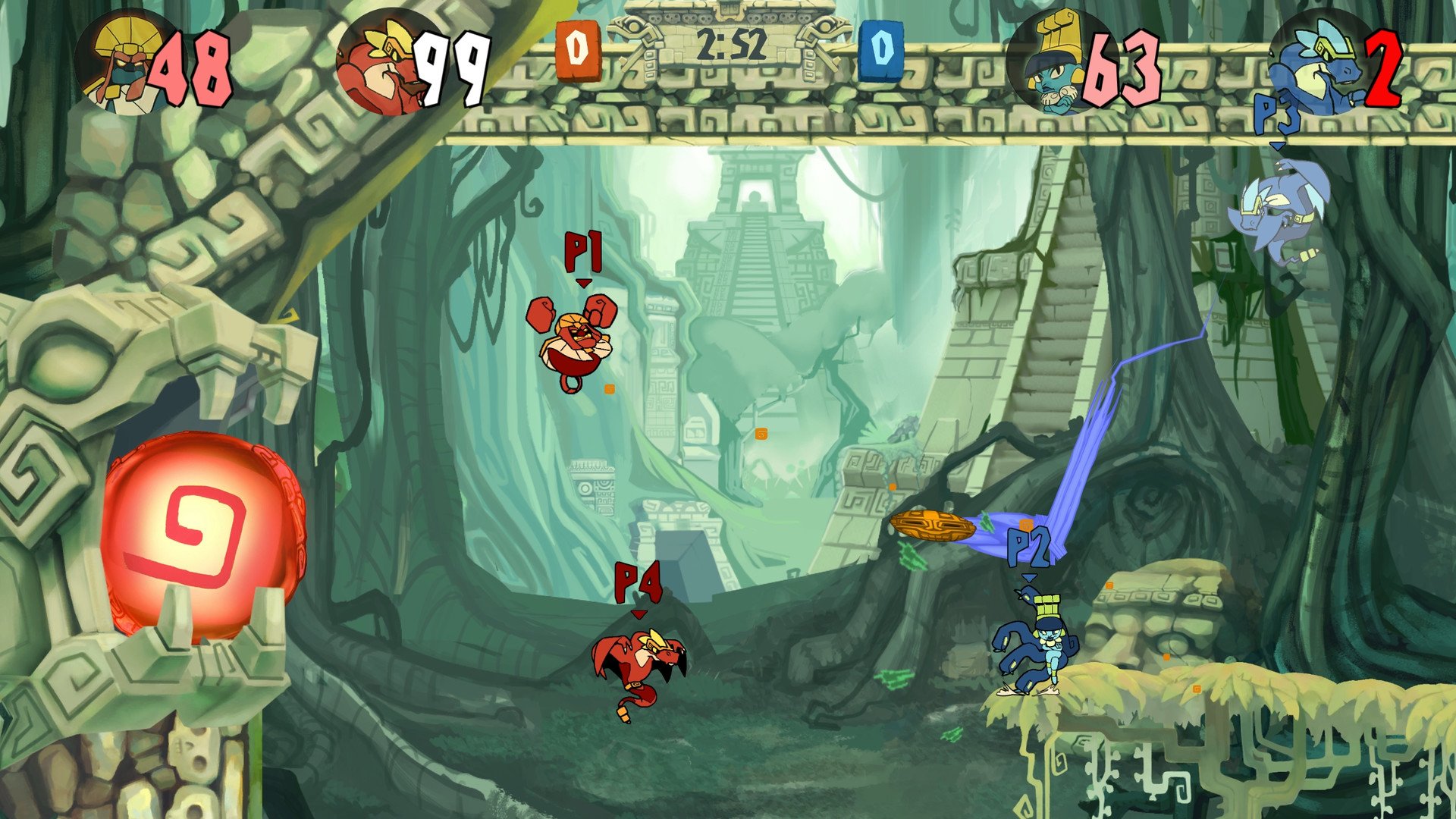 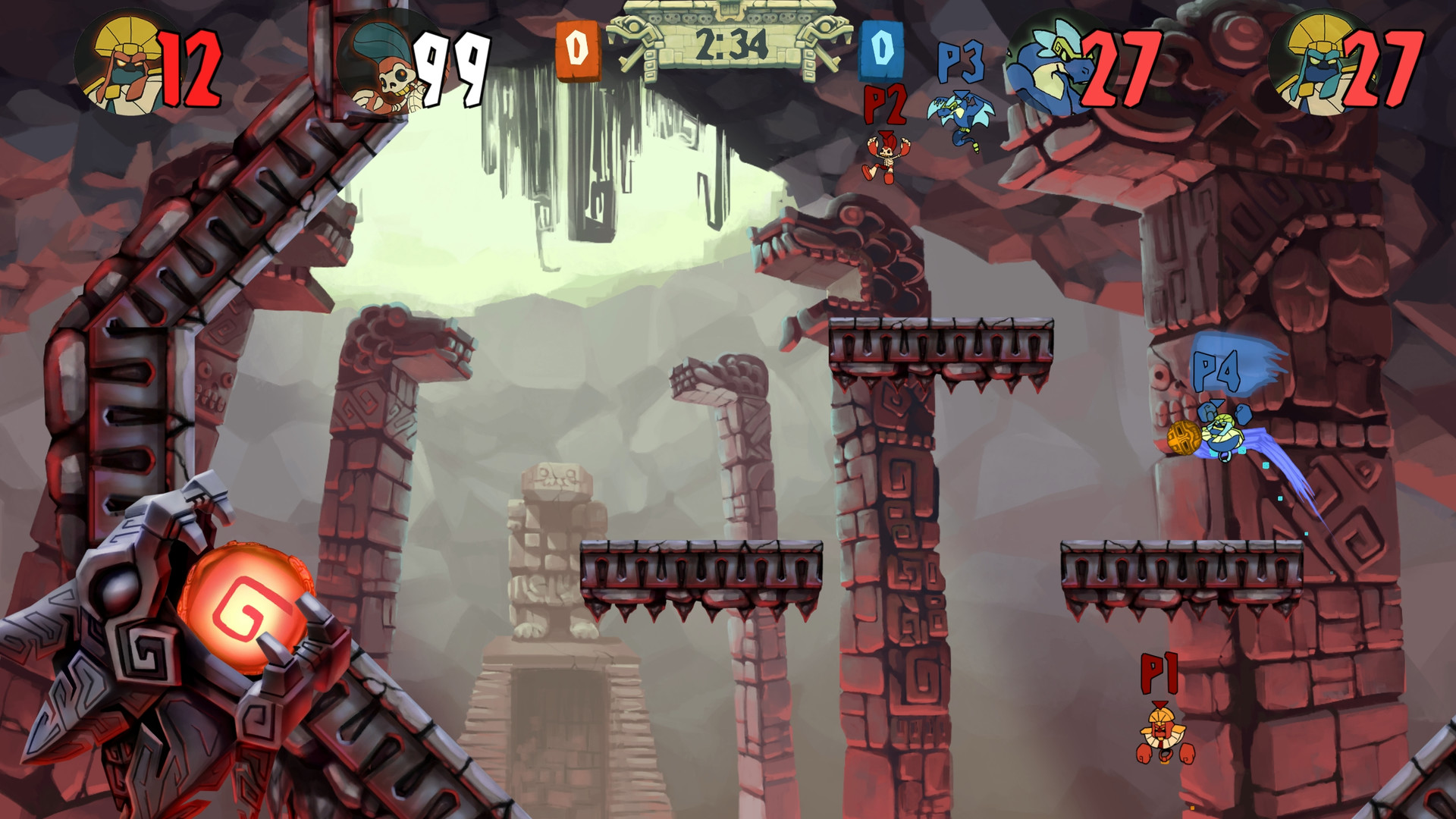 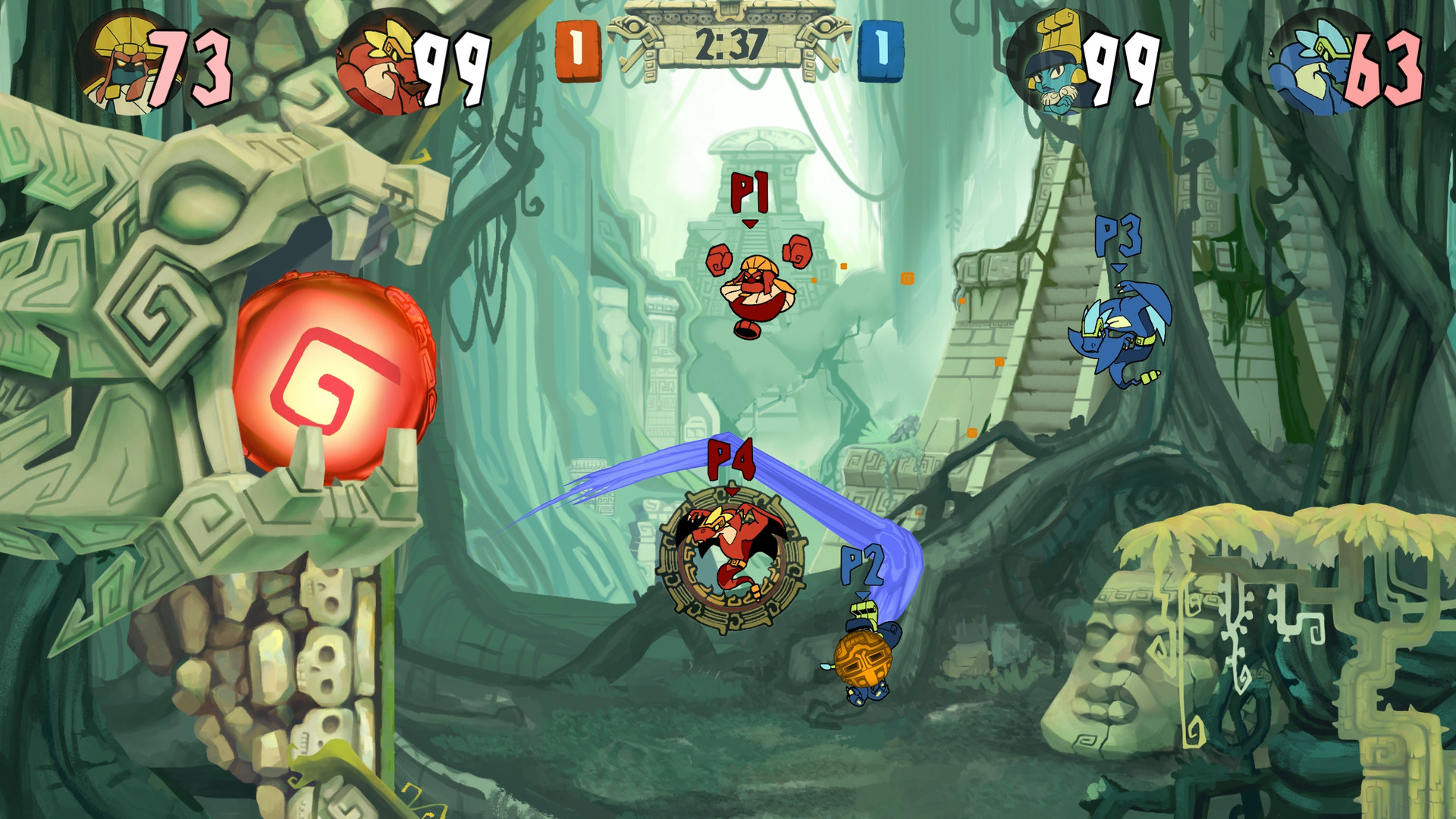 Have you ever wondered what the Gods would play if they had a sport? Well, the Aztec and Mayan civilizations played a brutal ball game representing their deities’ eternal struggle for supremacy. In Ulama: Arena of The Gods, you get to experience what the game would be like if the Gods themselves played it! Ulama: Arena of the Gods is a mix between a 2D brawler and a team ball sport. In it, players form into teams and pick their characters from a roster of the Aztec pantheon. Then they duke it out in the ball court to score the most goals on the opposing team’s portal, hopefully beating their rivals senseless in the process! Each character has unique characteristics and abilities that the player will be able to combine with their teammates’ to do awesome plays or knock their opponents right off the stage. 4 player intense couch multiplayer 4 Aztec deities to choose from (for now!) 2 bloodthirsty arenas (for now!) to duke it out with your friends Perfect blend of visceral combat action and sport strategy Stylized and vibrant visuals and soundtrack based on ancient American mythology Option to sacrifice your loser friends to the ancient gods (this activity not rated by the ESRB)