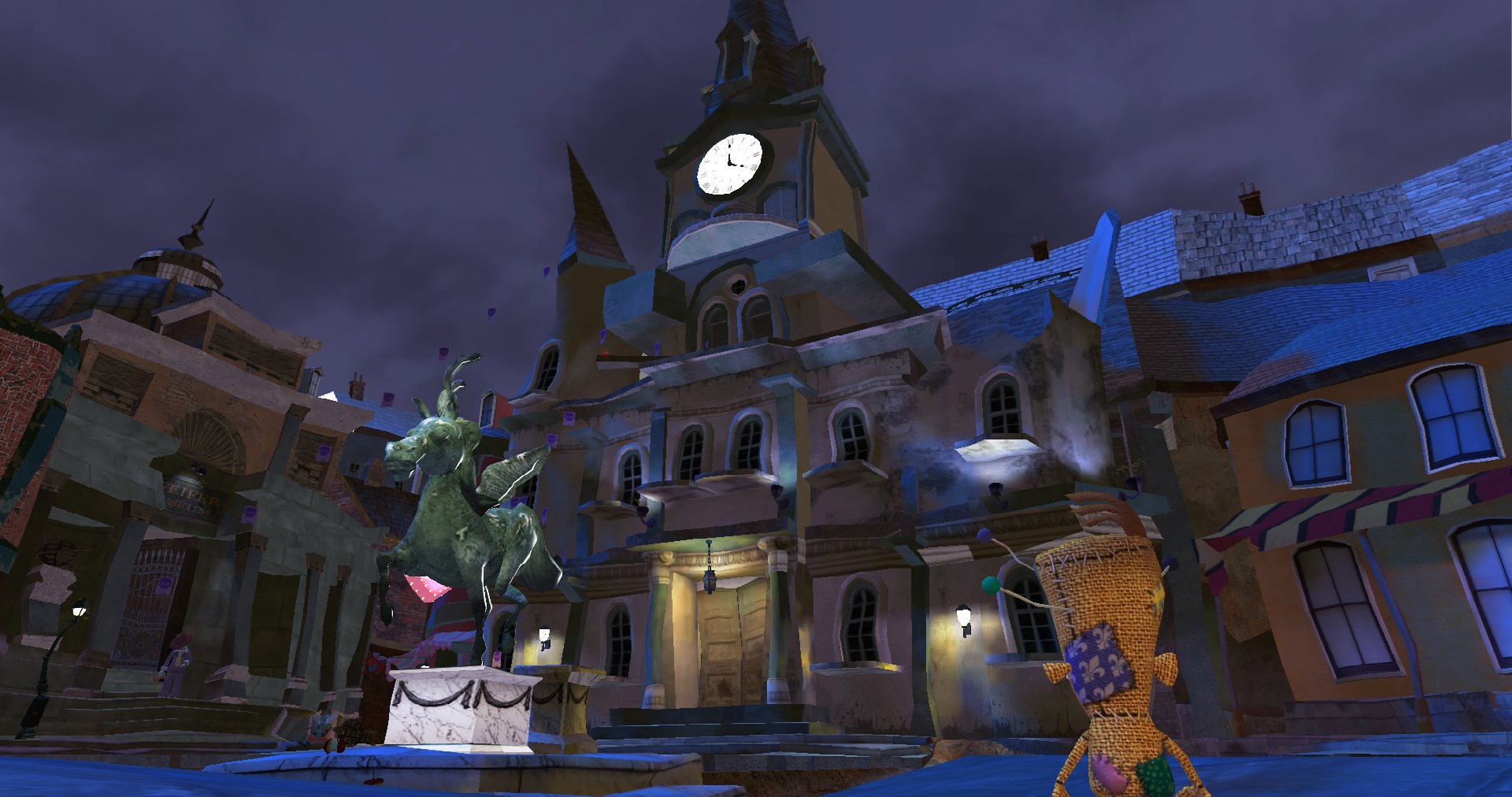 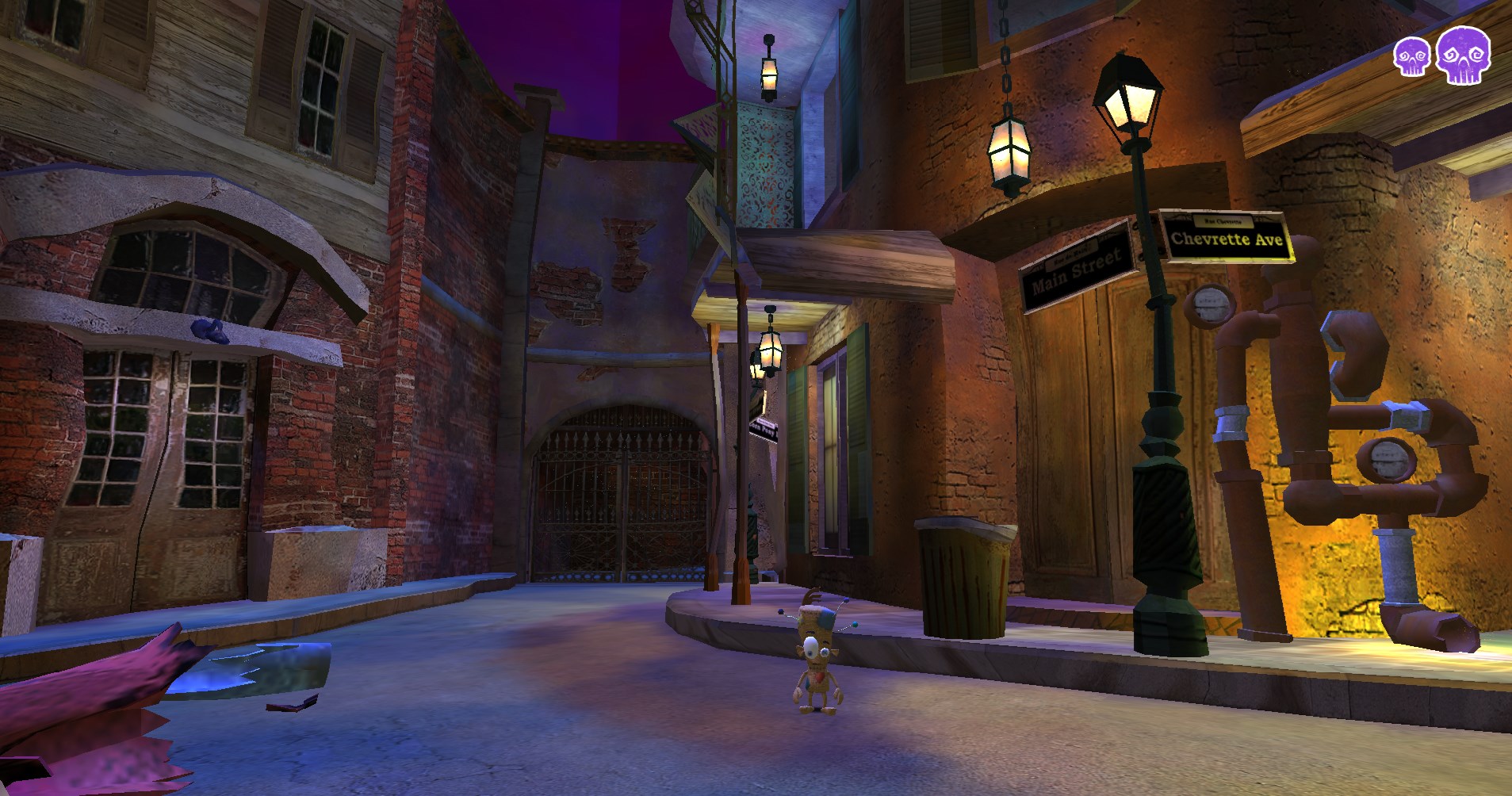 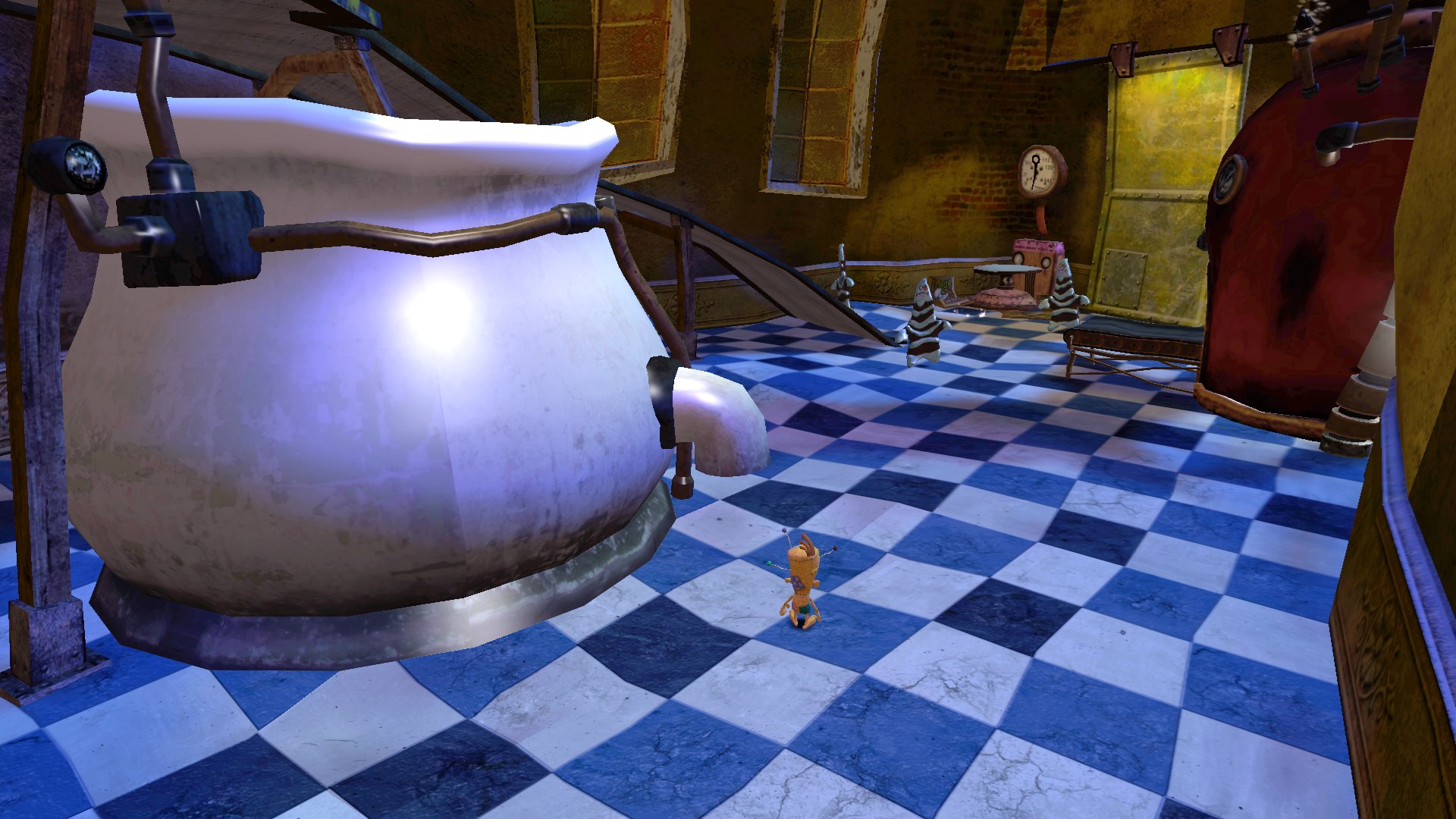 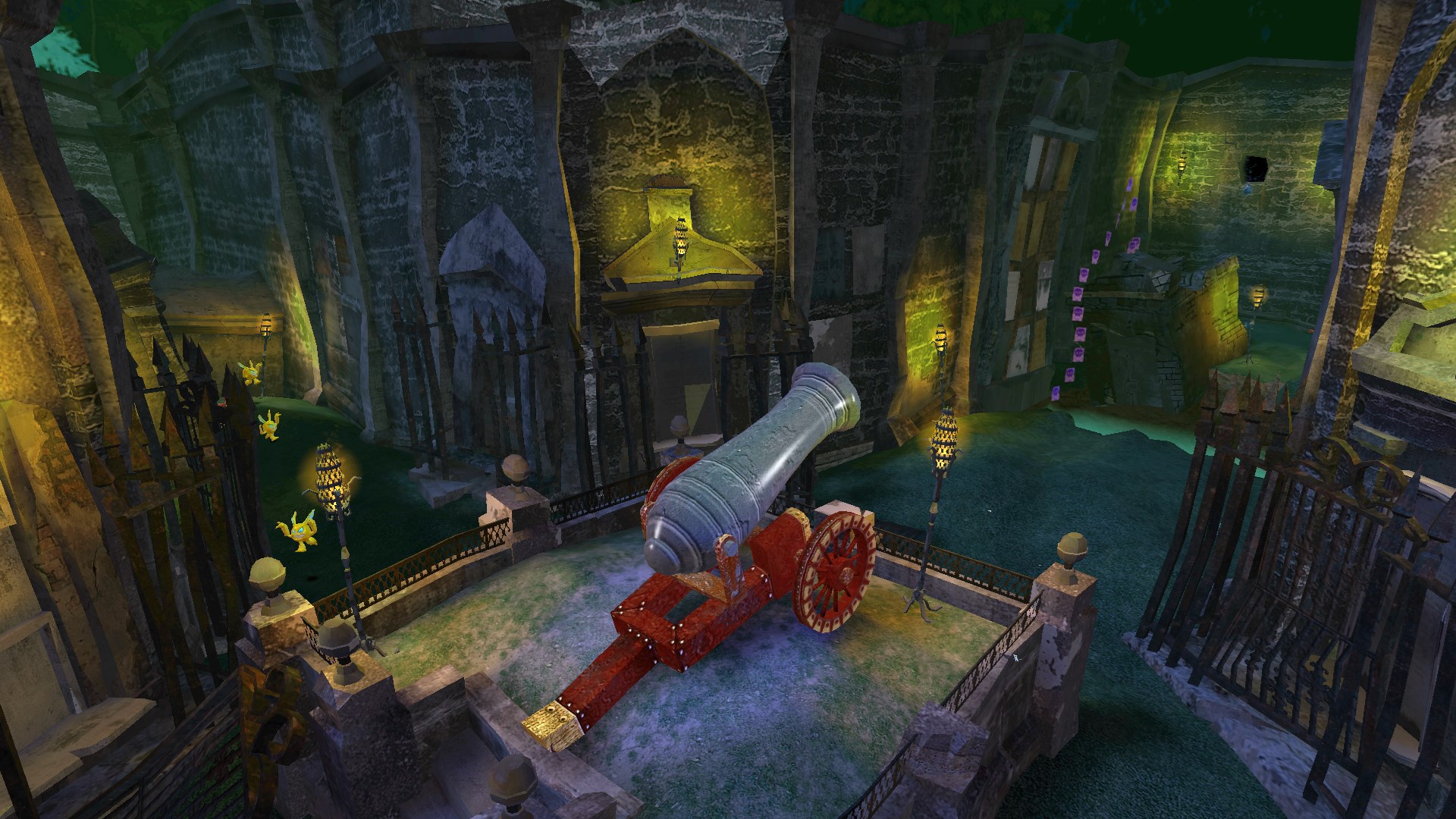 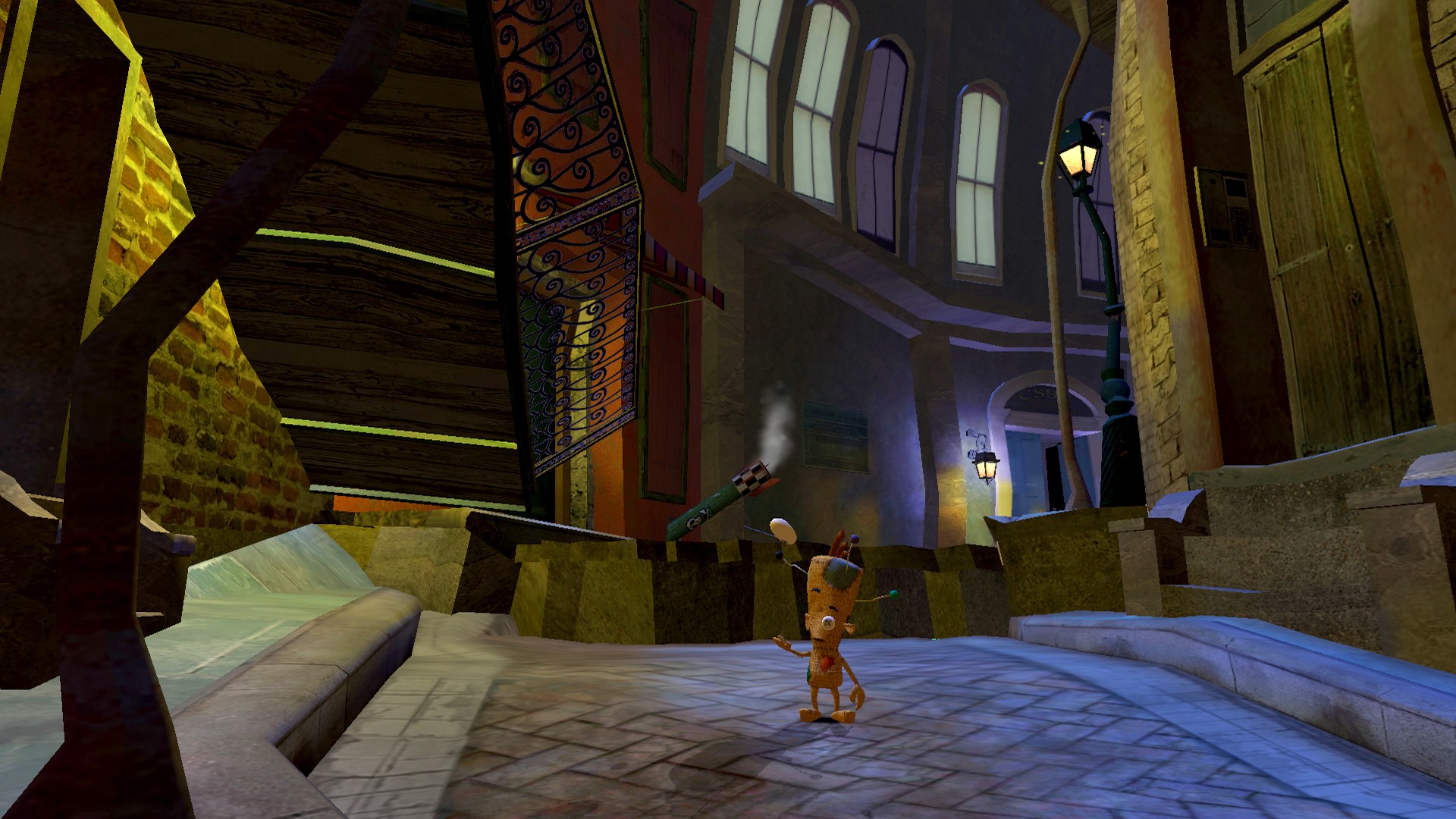 The classic character platformer is back for the first time in over 13 years, and now in glorious high definition! Vince’s adventure takes him from the streets of New Orleans to the depths of a Louisiana bayou to find the whereabouts of his keeper, Madam Charmaine. In true voodoo style, Vince encounters and defeats quirky monsters and villains ... by kicking his own butt! By racing under a falling safe, jumping into a high-speed blender, or leaping under falling rubble, Vince is sure to defeat his enemies—all while managing to escape completely unscathed.

• Voodoo combat action: Players can employ more than 30 voodoo attacks that do outrageous things to Vince, but it´s the monsters who end up hurting! Unlike in other games, players must actually USE dangers and hazards, instead of running from them. Falling safes, prickly pushpins, and bolts of lightning bring a whole new meaning to the phrase "no pain, no gain."

• Magical voodoo world: Thrust into the depths of a twisted and dangerous world, Vince must trek through 30 detailed levels, including crawfish-laden swamps, a graveyard filled with imps and lost zombies, a fantastic French Quarter, and a network of boggy sewers.

• Vehicles and minigames: As the game unfolds, Vince must master and pilot a number of vehicles, including a fanboat, a submarine, an airplane—and even a rat gives him a lift at one point. Vince must master one mind-bending minigame after another to complete his quest.

• Dynamic cast of characters: No adventure would be complete without its host of surly characters. Offbeat creatures with all the charm of New Orleans are around every corner. Vince encounters everything from Ginger Dead Men (who are not exactly sugar-coated) to a pair of intoxicated gas pumps that offer up a fiery challenge.