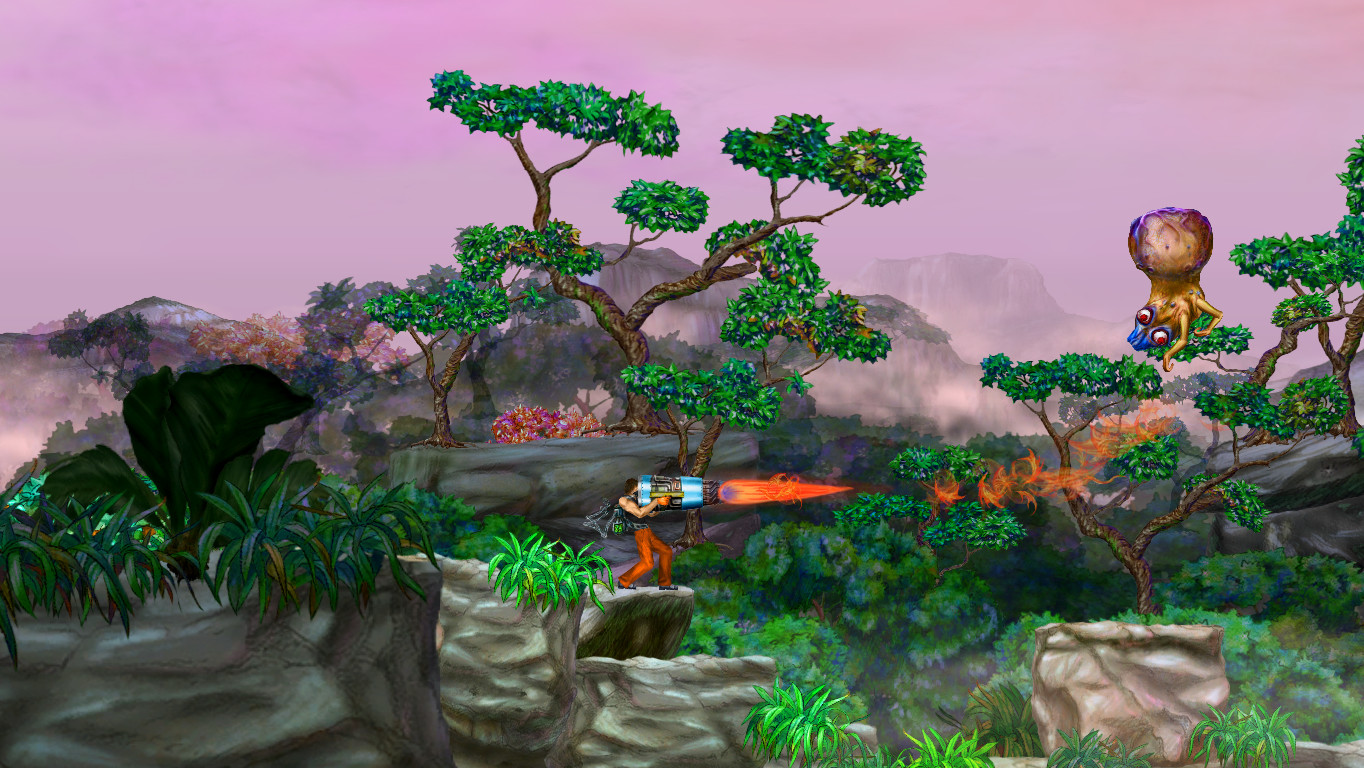 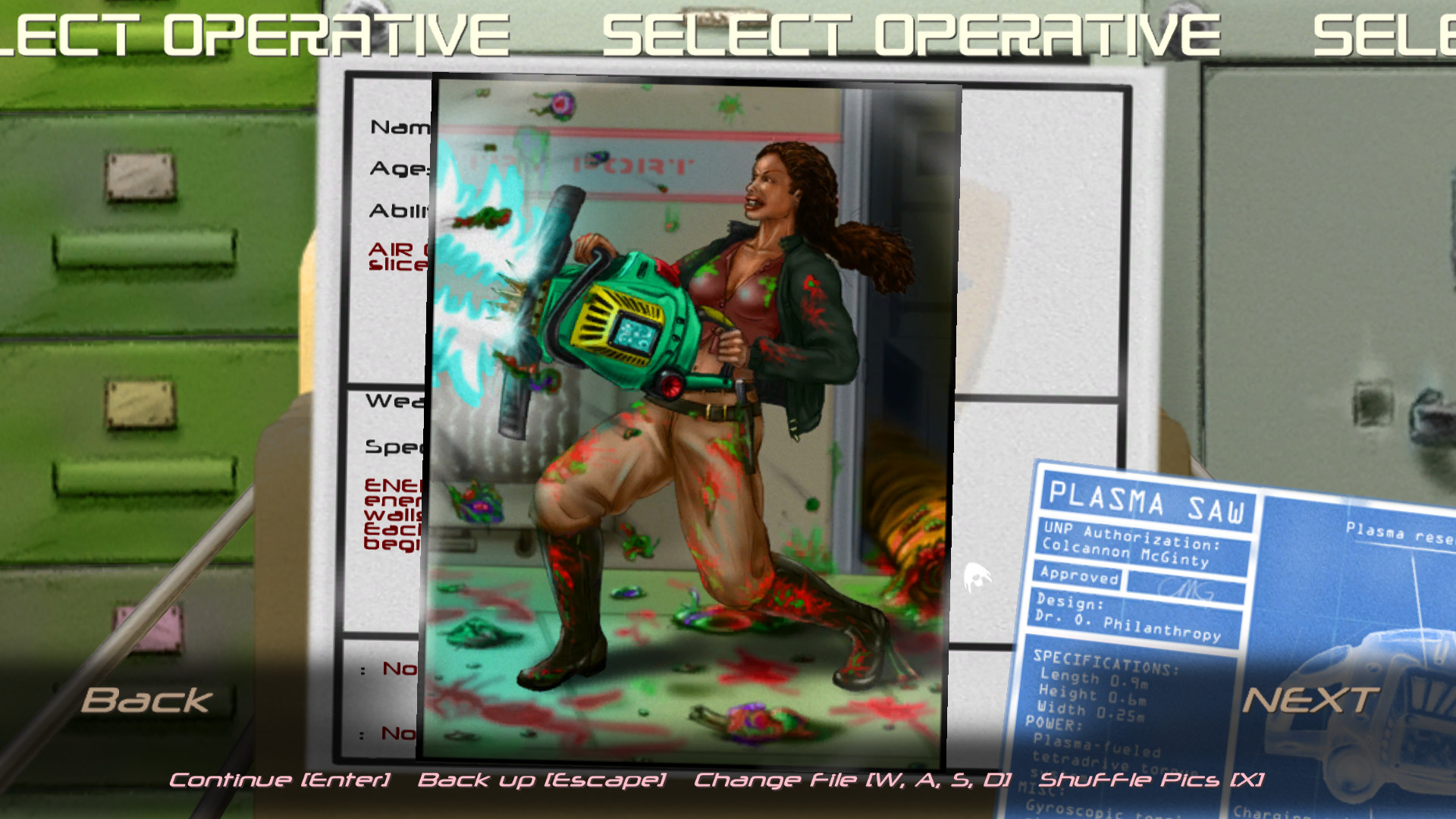 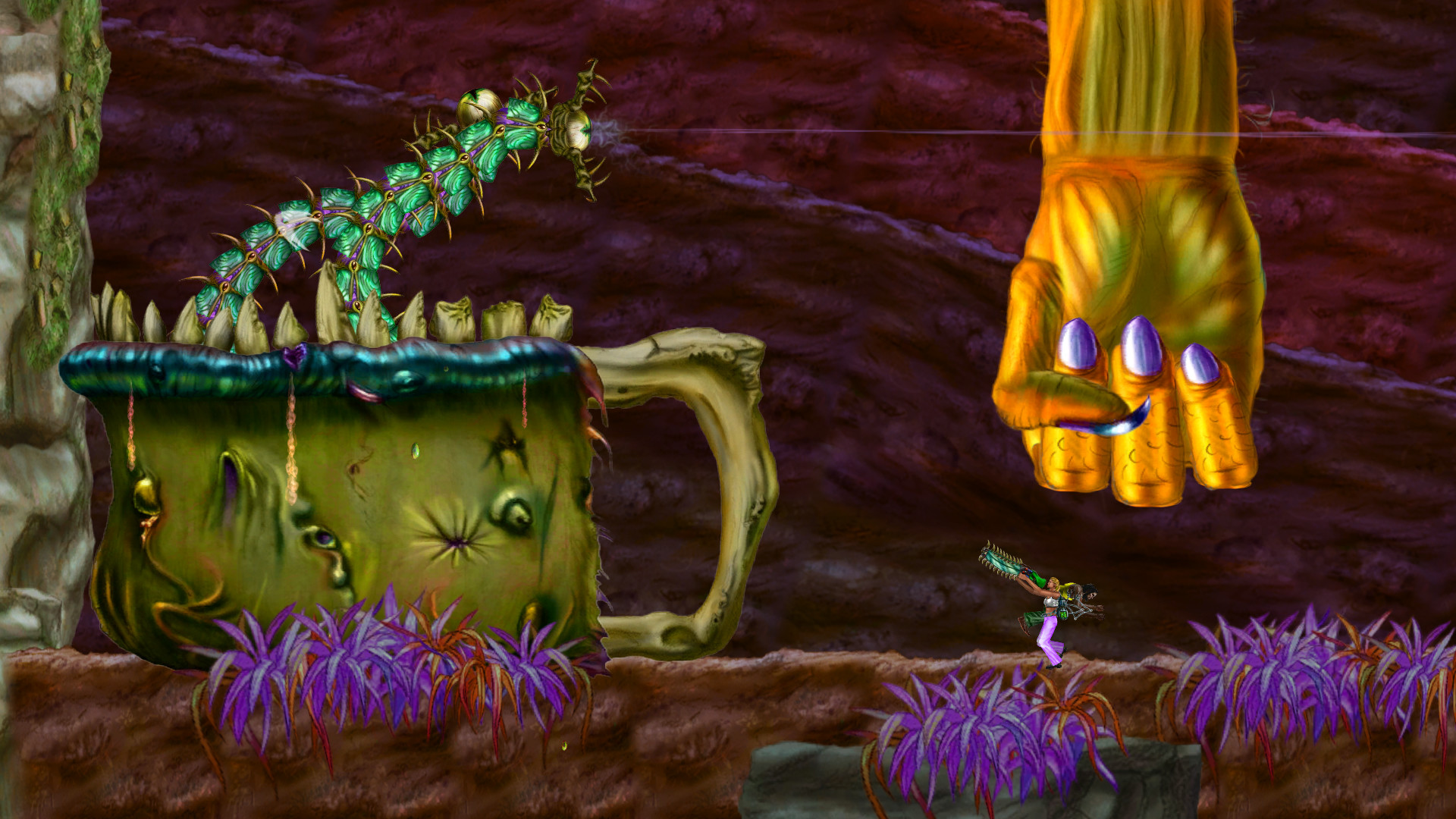 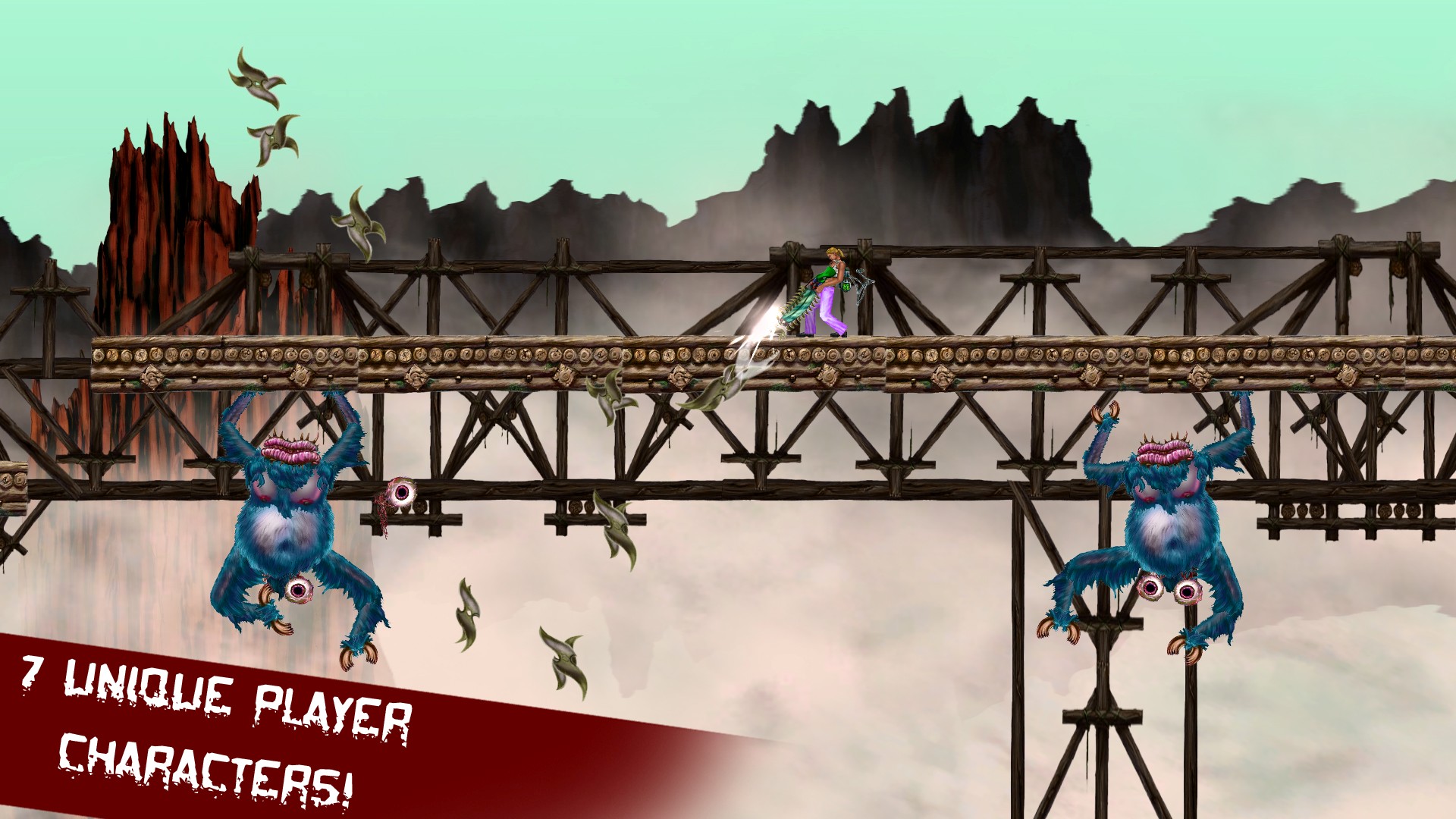 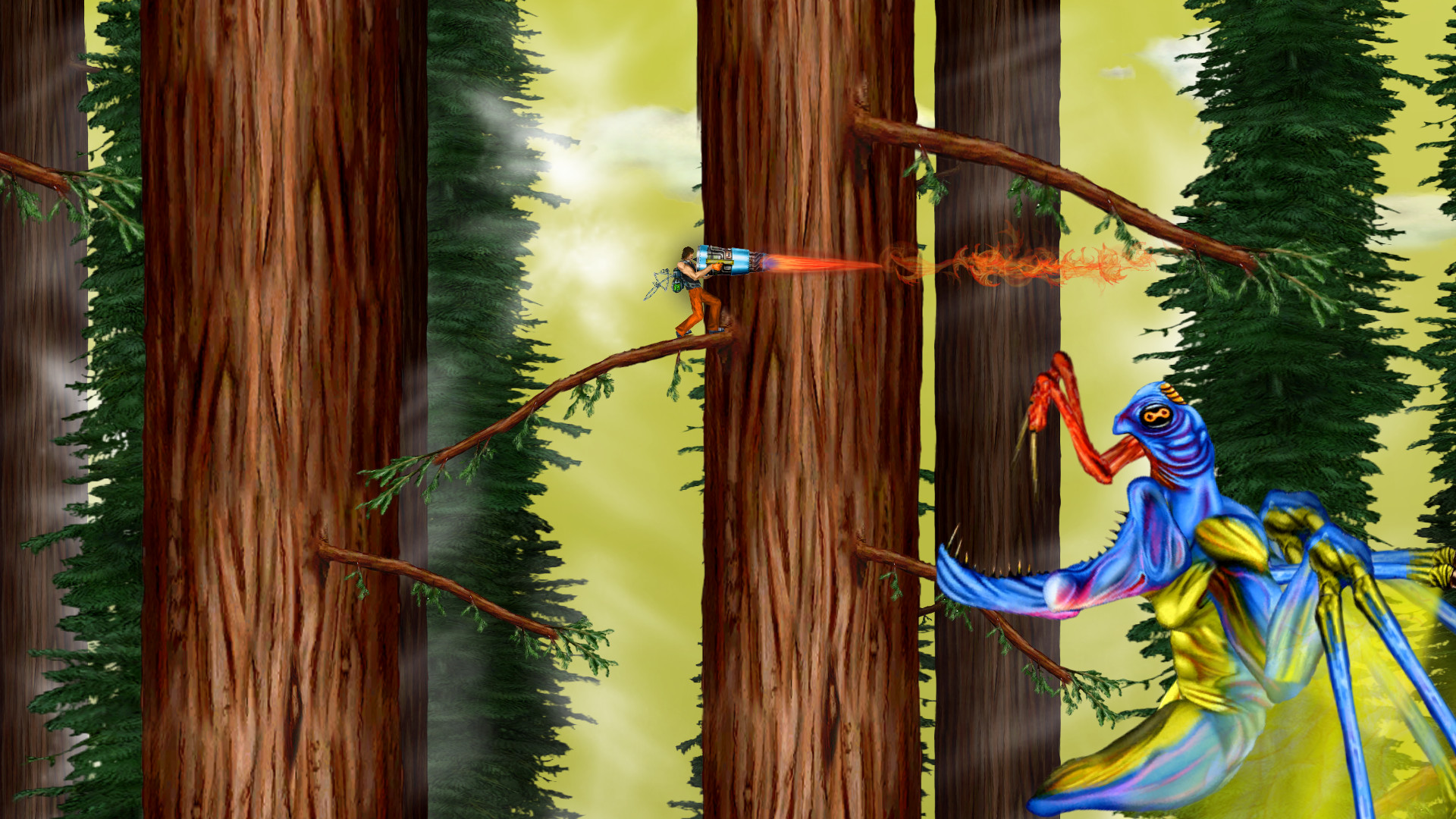 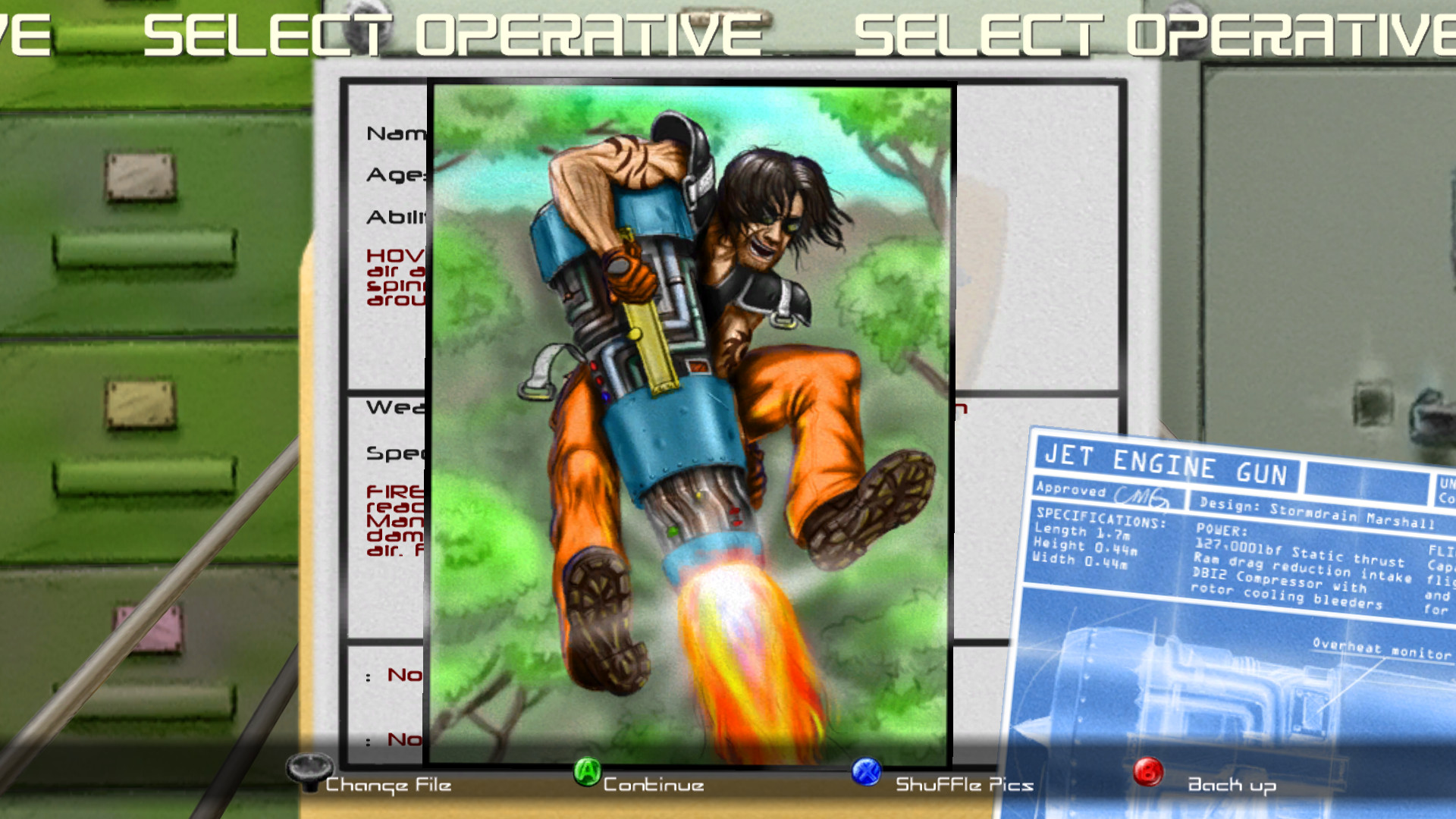 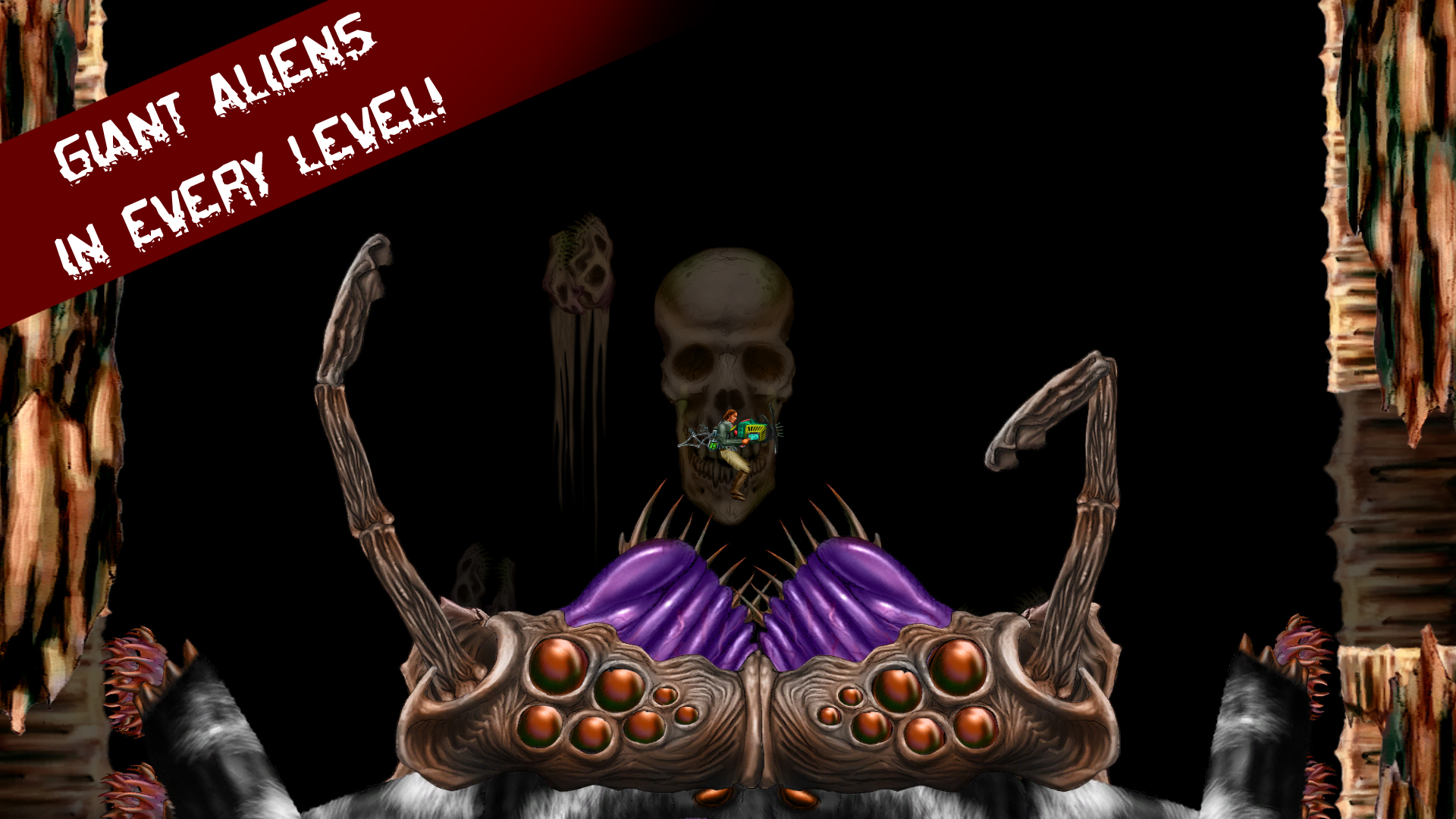 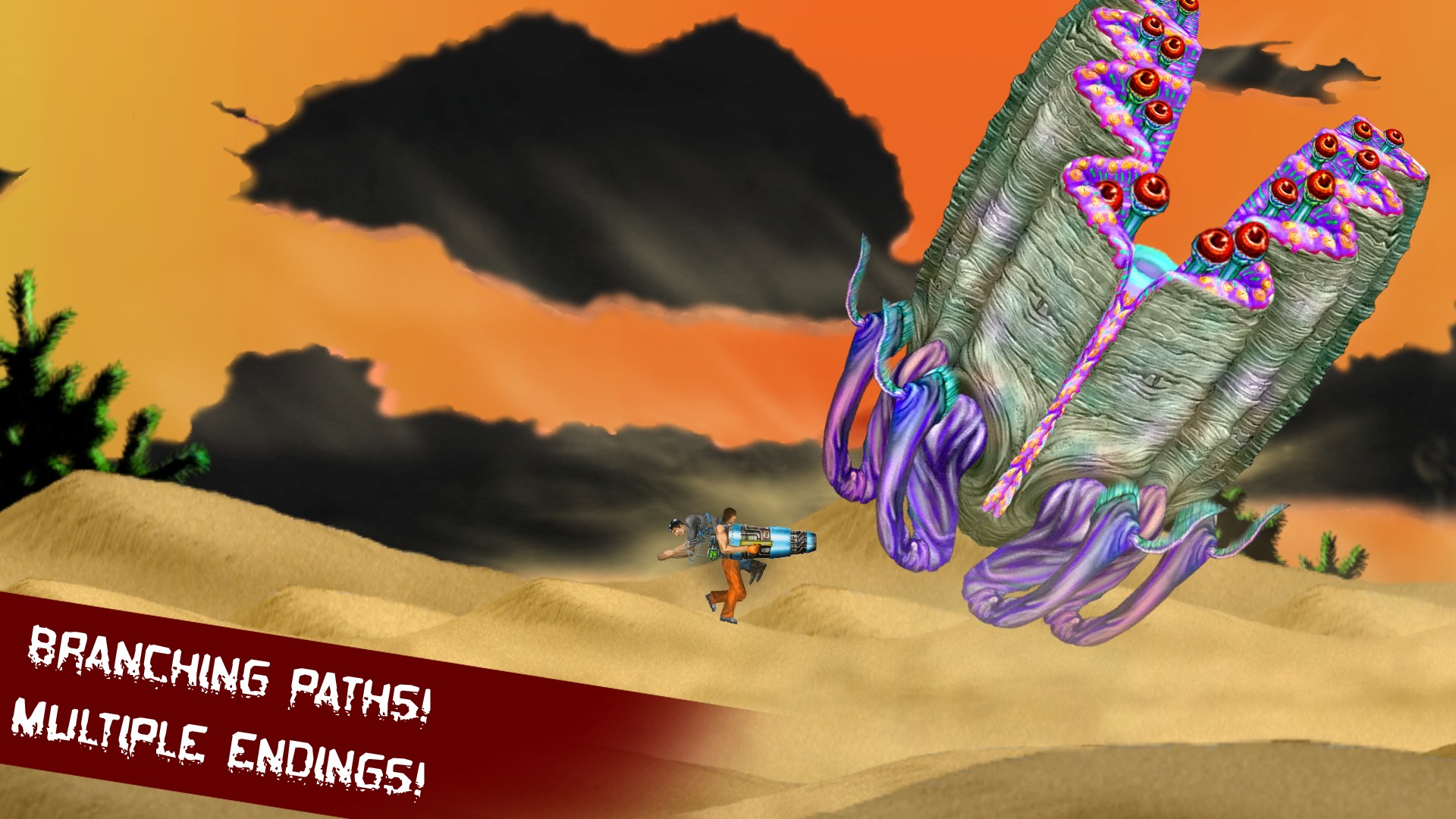 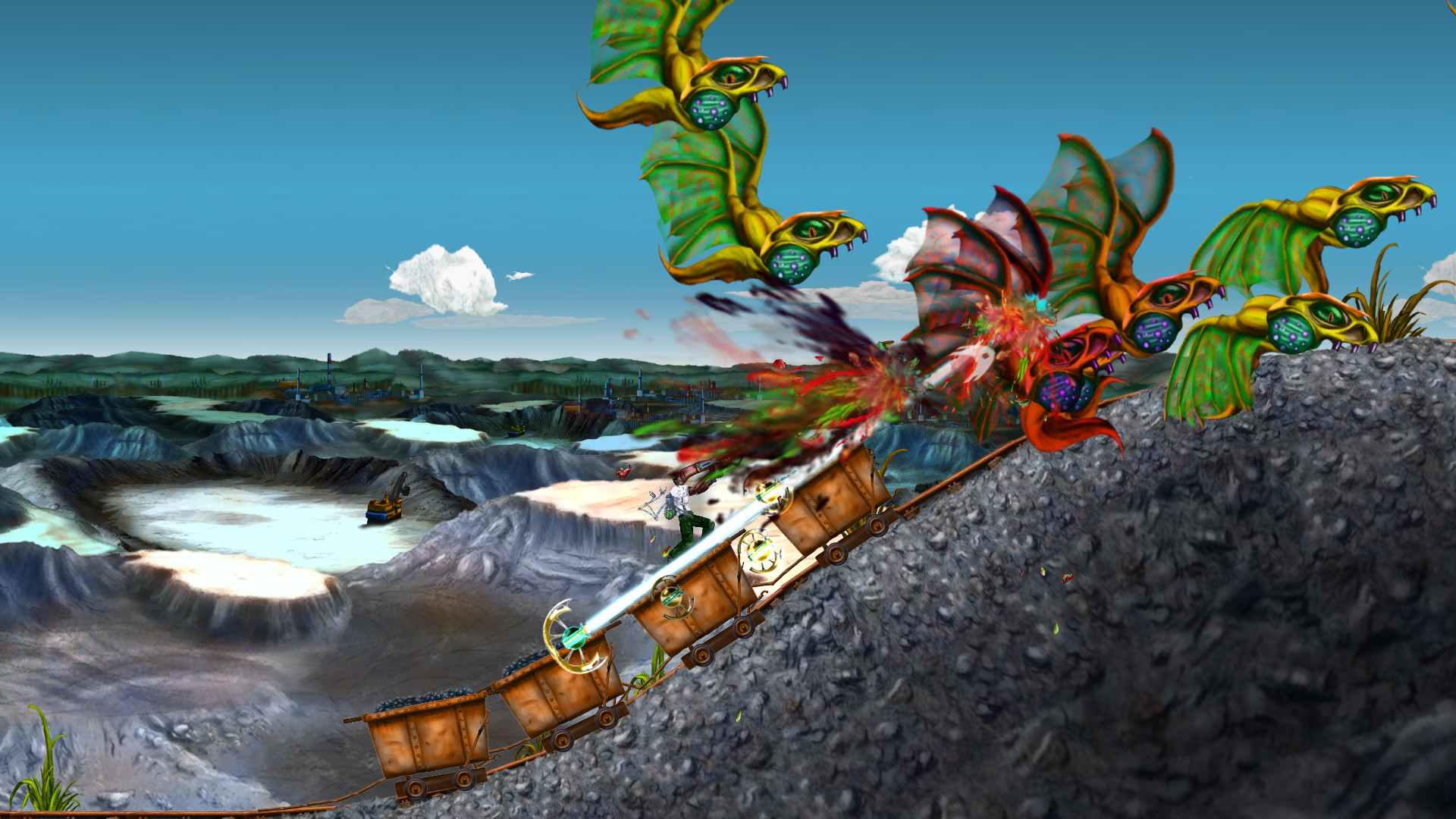 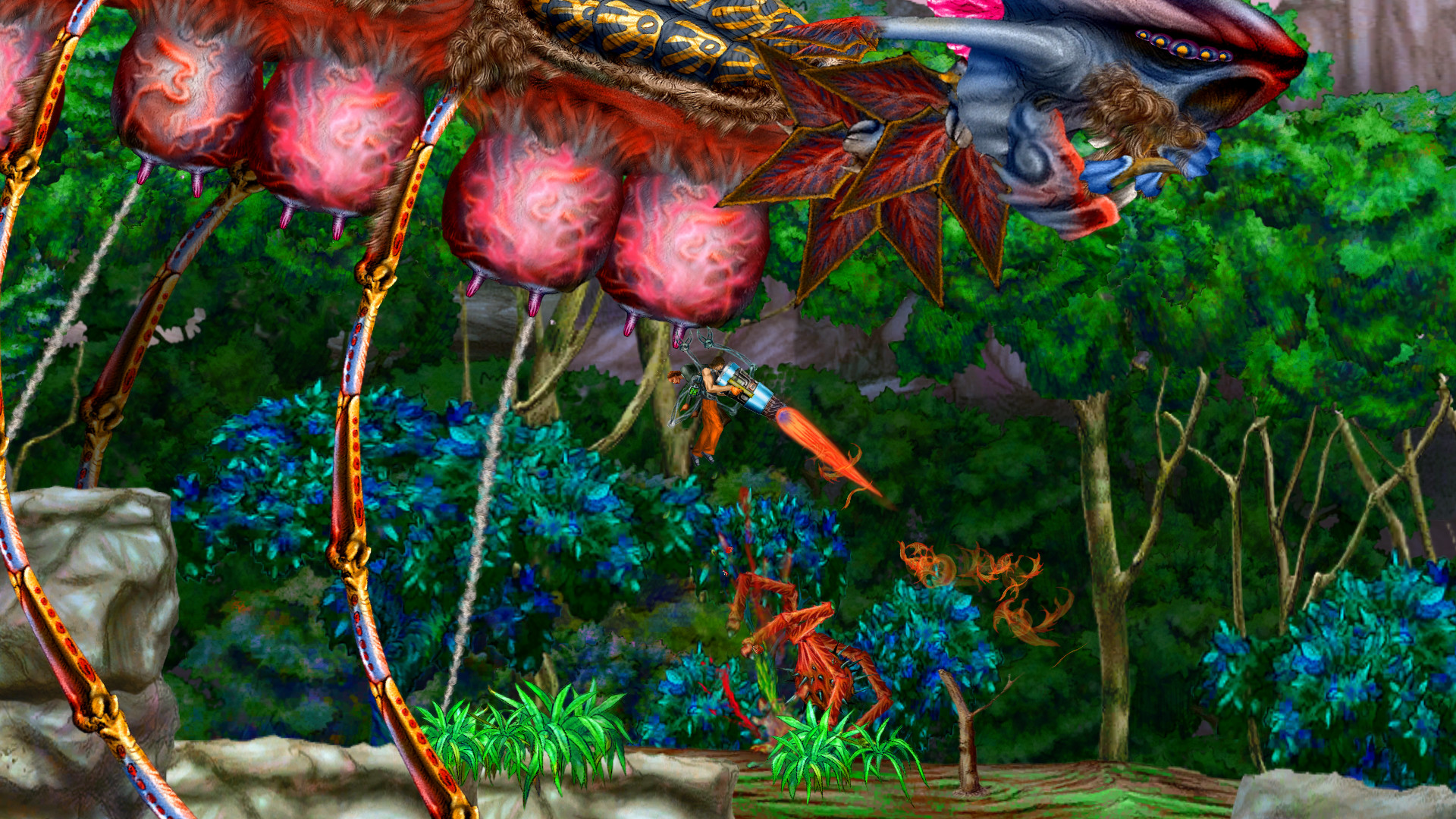 The world is being taken over by gene-combining beings from beyond the stars!
Hideous new creatures are popping up everywhere, and it´s up to the Solus Operatives to grab their unique weapons and split some disgusting alien skulls!

High-resolution and carefully hand-drawn art style breathes life and originality into this bizarre game world.
Dynamically branching levels are tied together by an intriguing story with multiple endings, giving the player tons of replay-ability and chances to master each operative’s Weapon of Choice.

Features:
★ CHOICE is your Weapon! Play through non-linear levels and make dynamic in-level branch decisions!
★ Each playable character has their own special weapon of choice with primary and alternative fire modes! Jet-engine guns, plasma-saws, limpet grenades and more!
★ Rescue unique playable characters and add to total number of playable lives!
★ Experience Death Brushing! Unlike traditional one-hit kill games, Weapon of Choice gives you the opportunity to get out of a tight spot.Death Brushing automatically kicks in when danger is near.
★ Reap revenge for your downed Operatives with the Vengeance Missile!
★ Scale walls and attack from anywhere with the automated Spiderpack!
★ Replay to experience different storylines with completely distinct endings!
★ Rock out to original music with a heavy metal guitar soundtrack!
★ New for the Steam version, widescreen 16:9 format!
★ All new Steam Achievements--try finding the MBG pies in each level for a new adventure!